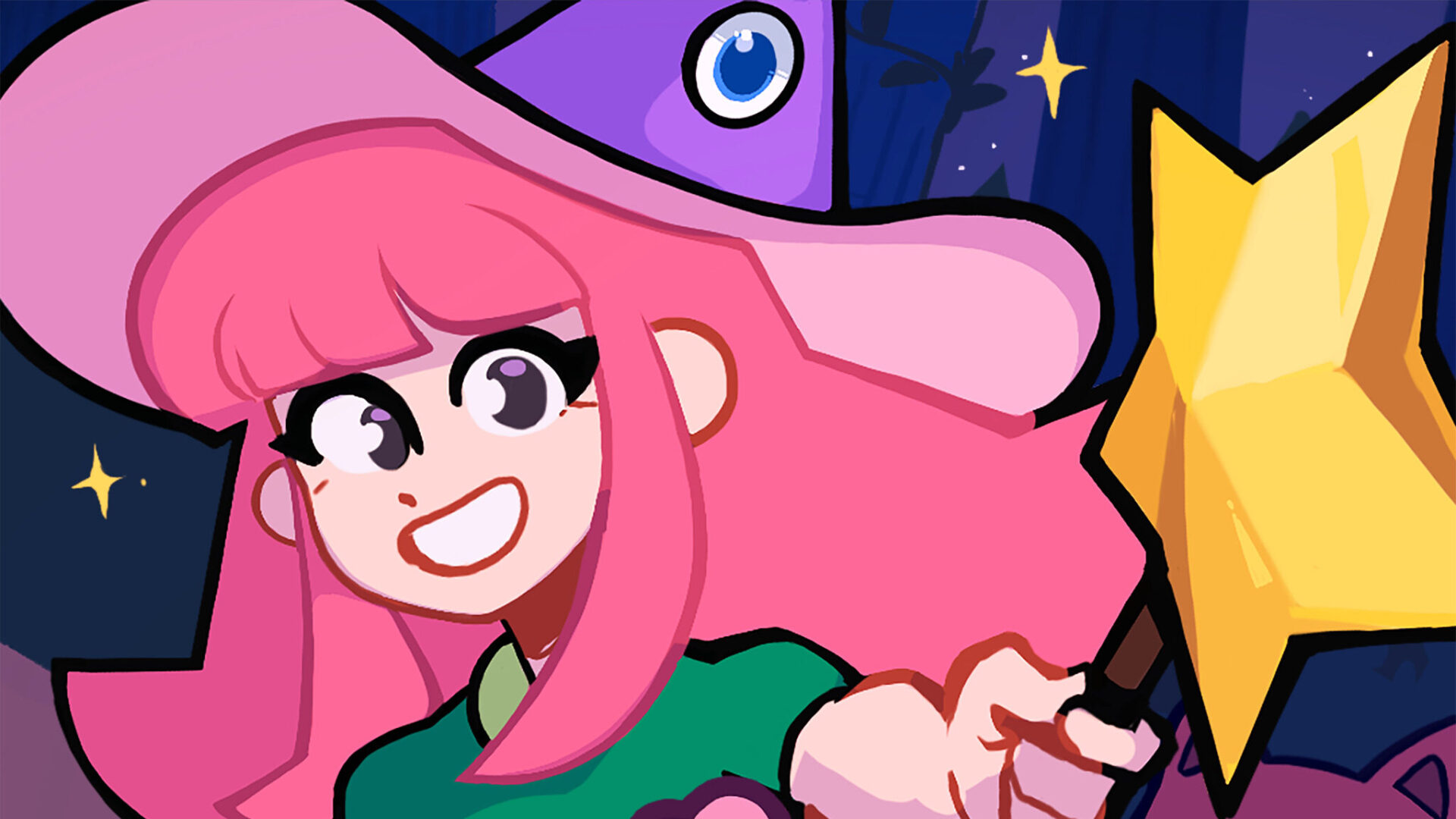 Competition for 2D sidescrolling action-platformers is fierce. Particularly in the indie space, where games like Hollow Knight shine brightly despite small development teams, the average platformer has an uphill battle to stand out. But for every Axiom Verge or Cyber Shadow, there are dozens of games that fall by the wayside. Witchcrafty is a gorgeously animated and fairly competent sidescroller, but it needs more for players to hold on to and breakthrough to the mainstream.

Witchcrafty starts off charmingly enough. The art is cute, perfectly conveying what kind of game players can expect. Players control an adorable witch wearing a great big hat and wield a star-topped wand to bash enemies. In short order, players find magic spells that can burn boxes or zap stone walls, and eliminating these obstacles lets them progress forward. While bopping along through the fantasy-inspired environments, players can find bright blue gems that can be exchanged as currency at shops for more spell slots or hit points. Standard stuff, in this genre. But unfortunately, frustrations in Witchcrafty outweigh the fun.

Glitches and bugs are frequent, to the point of distraction. Sometimes framerate drops will cause players to roll into enemies rather than past them, and movement stutters occasionally force the player to restart from the nearest checkpoint. Checkpoints don’t come around as frequently as players might expect, and since the protagonist only begins with two hit points, they will find themselves dying and restarting much more often than might be anticipated. It is possible to look past a handful of glitches, but the frequency of crashes takes away from the simple enjoyment of exploring and double-jumping that makes up the bulk of this game.

Witchcrafty has some structural issues that make it difficult to love. Earning currency is a grind, as early enemies only drop one or two gems at a time while buying anything from the shop can cost at least two hundred and fifty gems. The player character is fragile, and running through rooms over and over again past the same few enemies just to die due to some movement stickiness is not a fun feeling. But moreover, Witchcrafty never really fulfills its premise of exploration and excitement. For a game that bills itself as a “Metroidvania-platformer,” there simply isn’t much backtracking or the hub-and-spoke style of exploration that makes those games fun.

The fantasy world is evocative and varied, but the story is nearly impossible to comprehend due to poor localization and bad grammar. There are goblins, witches, and gnomes that the player meets and has conversations with, but good luck trying to talk to those characters after meeting them for the first time. It is disappointing to come across a building-sized magical tome, hoping to find a little narrative motivation, and to instead read that “It is called Summer Castle, and it rules over it and all Magic Forest – Queen”. Writing like this is nigh-incomprehensible, and all the more disappointing because it feels like this is the kind of game that would use fantasy tropes and trappings to subvert expectations.

A spunky main character and truly beautiful animation (especially with the goblin archers and halberd wielders) aren’t enough to save Witchcrafty. Even this game’s console exclusivity, sometimes a selling point for indie titles, is a knock against it. Witchcrafty is currently only available on the PlayStation Vita, an interesting move by publisher Sometimes You. Along with the short visual novel Dull Grey, Witchcrafty has the ignominious honor of being one of the last games made for the Vita. For the novelty alone, the game is worth playing, though it might be worth waiting for some patches to improve stability.

To quote Witchcrafty‘s Dark Witch, “I represent your disappointment” is the perfect summation of this title as a whole. Despite a few good ideas and some quality pixel art, in a year where a new 2D Metroid is releasing, Witchcrafty doesn’t offer enough to stand out among its peers.