The Valkyria Chronicles games are all third-person shooter/strategy RPG hybrids in an alternate World War II setting. You move your units individually to capture bases, dodge enemy fire, and complete objectives in real time and then aim and fire in a turn-based system. It’s the same setup that’s been used in just about every numbered Valkyria entry since the series started a decade ago, and a damn fine one at that. There’s not really anything quite like a Valkyria Chronicles game in look or feel, and gameplay is solid enough, and the world vast enough, that SEGA can continue to make games in the series without having to reinvent the wheel. 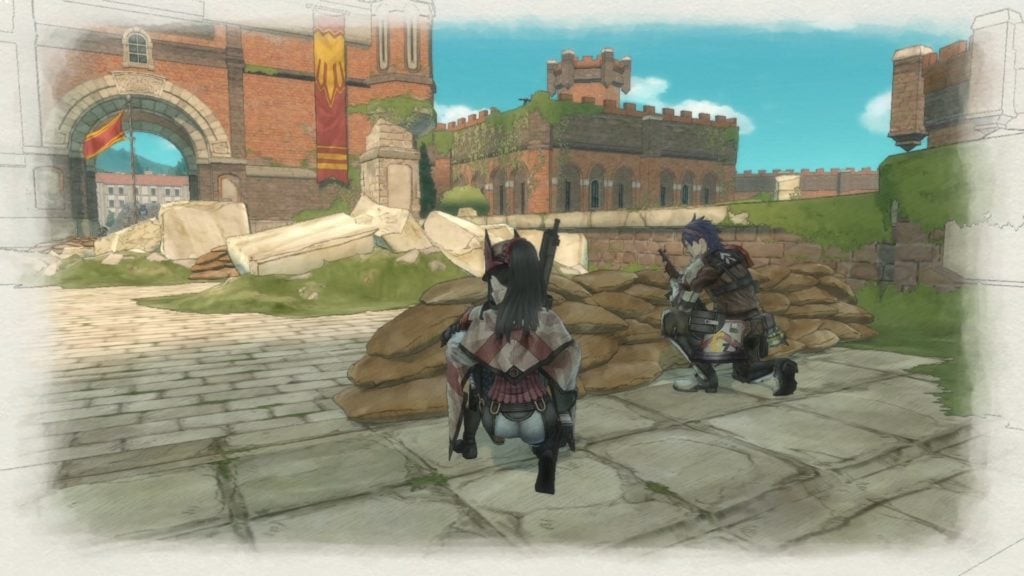 You command Squad E – a platoon sent to fight The Empire at the border and infiltrate their main line of defence. Your mission: to seize the enemy capital and end the Second European War by force. There’s a heavy focus on the effects of war on civilians. Many of the game’s early chapters have the platoon interacting with people simply trying to make a living in the war-exhausted empire. There’s constant reminders – both visually and through dialogue – about how violence rips lives apart. It’s certainly one of the darker games thematically in the franchise, but it paces itself well. It’s very difficult to put Valkyria Chronicles 4 down once you get into the meat of the story. The game’s plot could carry it on its own, but thankfully the gameplay is no slouch either.

Enemies and stages are designed either with a gimmick or certain soldier type in mind. A lot of focus for Valkyria Chronicles 4’s levels is put on the grenadier class: the newest type of unit introduced. They specialize in launching mortars over large distances in an arc, so puzzles are set up to require you to lob grenades over high walls or eliminate enemies whose only weak point is on the top-side of their model. The grenadier class is also rather versatile. Their weapon tree splits into 3 different branches, with two of them focusing on maximizing damage against certain armor types. No other class has this ability, and it makes grenadiers amazing as offensive and support units. 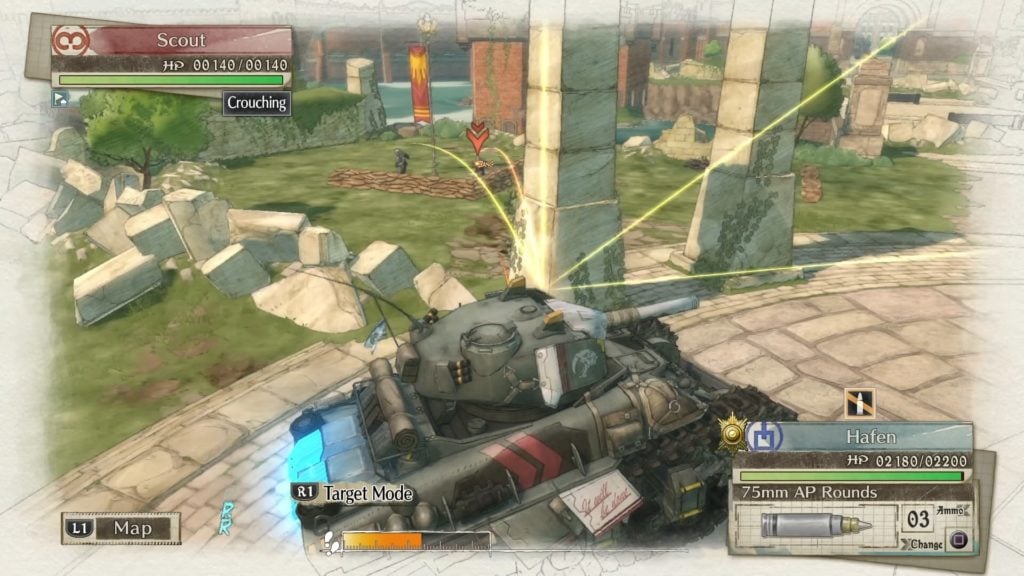 Each class has their own unique ability, such as engineers being able to set up ladders for units to climb, snipers being able to zoom in on targets far away, or scouts being able to run long distances. The things you can pull off with certain class types is diversified further by equipment and special orders you can issue. Scouts in particular can be amazing with the ‘command’ order that allows other units to follow behind them at no additional cost. It’s a great way to reposition units that can’t travel far on their own in a single turn.

Experimentation is heavily rewarded when it comes to figuring out what units you want to use for each mission early on. Every unit is different, and you’ll find that different characters excel at different tasks thanks to the variety in their potential abilities. Potential abilities can vary from passive stat boosts to extra ammo and free health refills, or positive or negative stat effects under certain conditions. Units can be friendly with other units, and can gain benefits from being around them in combat. Constructing your team around whatever cliques your various soldiers have formed can make all the difference in combat. 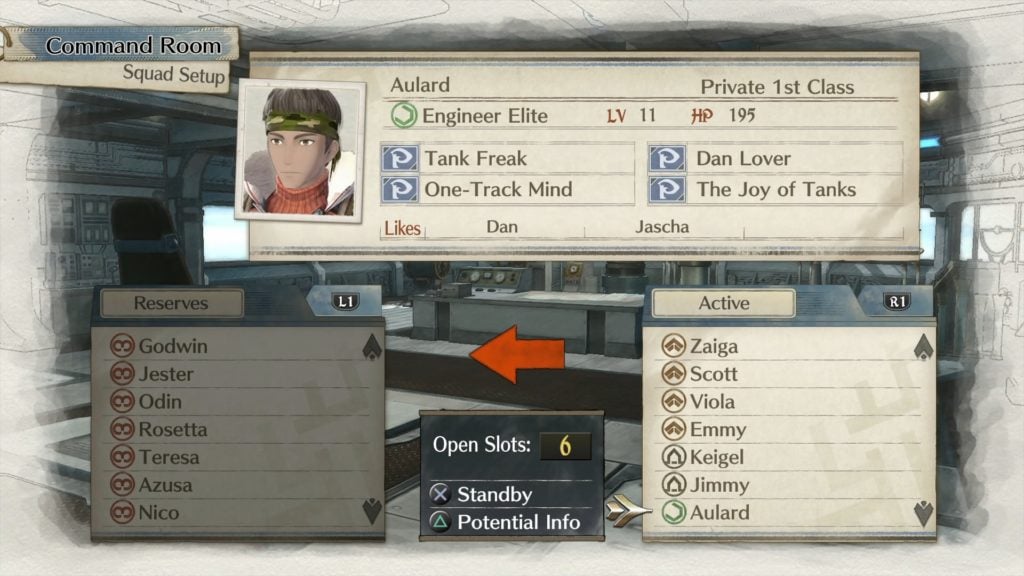 One of the biggest reasons to try out different combinations of soldiers is the “Squad Stories” feature. Each unit has a special side-mission with a couple of other allies on the team. You can only unlock stories by having used one or more members of any given Squad Story during a certain number of main story missions. Once completed, Squad Stories can improve the potential abilities of the soldiers involved, or even reverse any negative potentials they may have. They also offer unique challenges, often times putting you into difficult scenarios where your only available units are the ones featured in that story. This leads to interesting team setups like multiple anti-tank units without an anti-infantry, or maps that require you to be a bit stealthier to reach your goal rather than going run-and-gun. 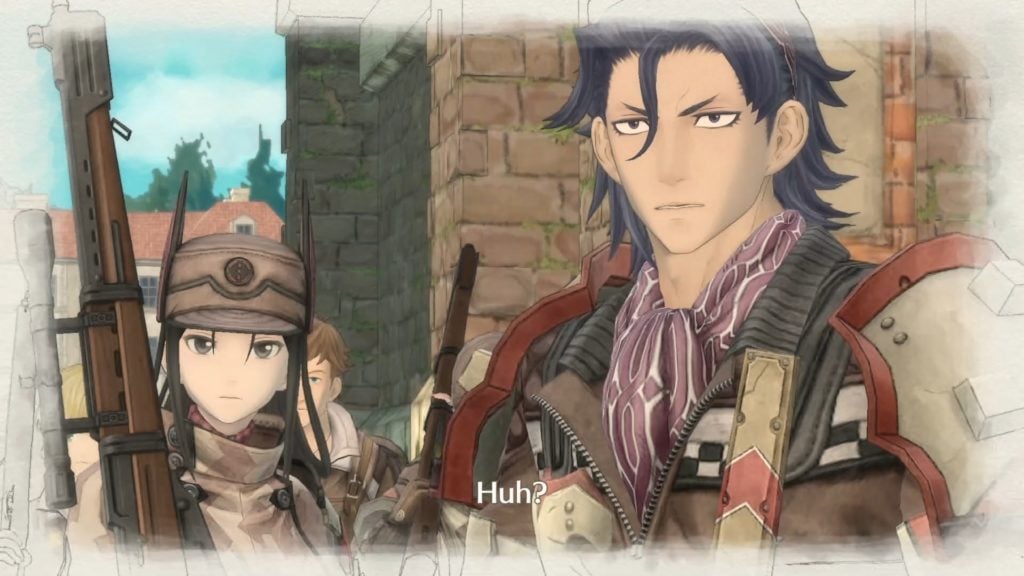 The game still has some issues, many of them are problems that have existed since the first game in the series. The last stretch of levels nosedive from enjoyable to frustrating. Objectives become overbearing, bosses become unkillable, and you’re put up against increasingly overwhelming odds that feel unfair. Difficultly stops being about properly using your units, and more about praying to RNG or finding simplistic ways to brute force through a level. One of the final stages of the game breaks from convention completely and gives the first turn to the CPU. You’re stuck at the whim the AI as you have to hope whatever damage they do doesn’t set you too far back. While someone patient can muster the strength to persevere through these segments, they could be game-enders for a more casual player. I ended up having to reset on this particular mission several times before the computer gave me a decent turn-one. It soured my experience as a whole, even though I genuinely enjoyed the few stages after it.

“Wasting time” is another issue that has been present in the series for years, and Valkyria Chronicles 4 continues this tradition. Missions are particularly fast, and there’s even an option to speed up enemy turns, but the game runs at a snail’s pace when you aren’t in combat. Cutscenes are split scene-to-scene, and to move from one to the next you have to select a picture from the storybook overlay. Some scenes are 10 minutes and some are 10 seconds. It’s baffling that this series is ten-years old and the game doesn’t play all the cutscenes in a segment back-to-back by default. There are sections where you’ll go a full page, often 30-40 minutes, without a mission to play, and instead are just mashing the x-button to get through dialogue. 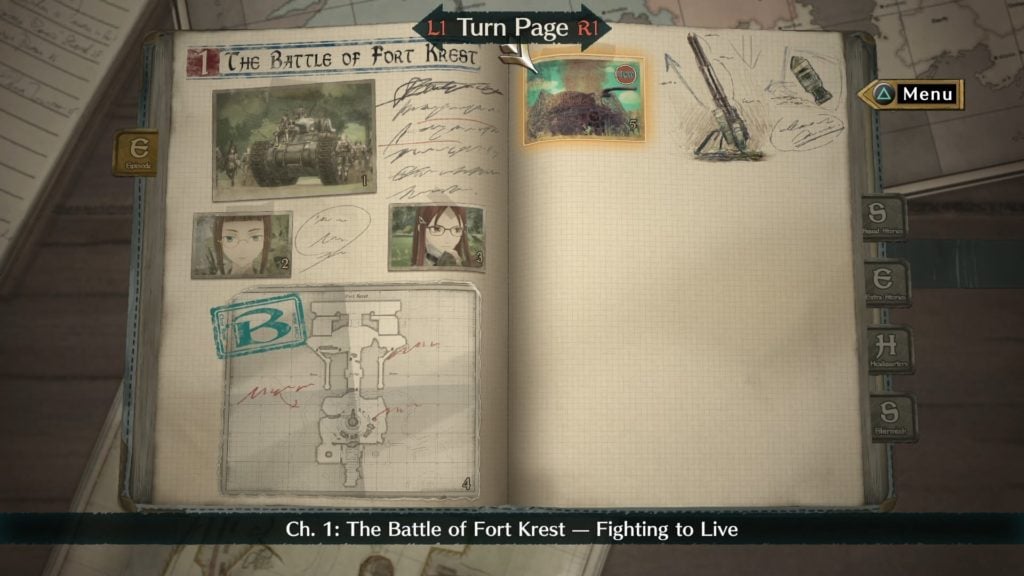 This bleeds over into the training and R&D sections as well. You’re never allowed to raise a class more than 1 level at a time despite often being rewarded enough experience from missions to go up multiple levels. The same thing happens when developing weapons or parts for your tank, and after each one you have to hear the same dialogue from your over-enthused driver talking about how each newly designed piece looks special or powerful… only to be replaced almost instantly or a few missions later. It’s a minor gripe, but it makes upgrading feel like less of a reward for finishing missions and more like a chore.