In a lot of ways Telltale Games have sort of made their name on the back of The Walking Dead. The AMC television/Image comics series that is famous for its uncompromising cynicism, and the unyielding brutality of its depiction of humanity amid a zombie apocalypse, has lent itself especially well to the sort of story-centric, choose-your-own-adventure style of genre that Telltale has inadvertently created over the last few years.

Being that the series is inherently choice-based, it’s unsurprising that Telltale’s The Walking Dead has surpassed all of it’s other properties to become it’s trademark, mainstream hit. However, the fact that it still works in it’s fourth installment (and, in a way that many would consider superior to its television counterpart) is especially worthy of praise.

The latest installment, The Walking Dead: A New Frontier, has recently released, and having made my way through the first two episodes, I have to say that there was one particular moment that stood out to me as incredibly brutal, even for this series.

That moment, of course, was the sudden death of Mariana Garcia. The niece of our new central protagonist, Javier Garcia, Mariana was given a lot of characterization in a very short period of time. Her noted use of a broken Walkman, and its headphones, to drown out the bickering of her new post-apocalyptic family unit was an especially nice touch, while also allowing her to listen in when she wanted information that the adults might keep from her. 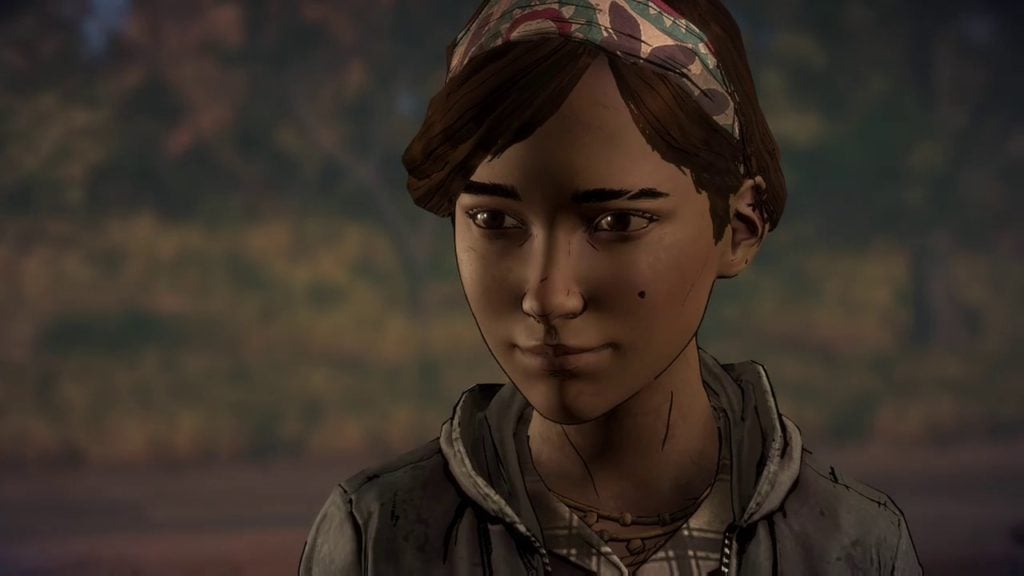 For anyone who has been party to raising a child, this sort of surprising wiliness is par for the course when you’re dealing with a developing brain that’s a lot fresher than yours. Children and adolescents have a constantly evolving ability for problem-solving, and in a lot of cases, deceit. We, of course, ignore this fact, even as we increasingly punish it, because it flies in the face of what we expect (and increasingly want) our child to be. The fact is that kids pick up on this and use it to their advantage, a somewhat subtle notion that someone over at Telltale is obviously aware of.

The modus operandi of The Walking Dead, much like Game of Thrones (another series that was adapted by Telltale with a lot less success) is to communicate the idea that no one in its world is safe. Though the death of a child is rare, it does come, and when it does, it still packs a punch in spite of the more relentless circumstances of its alternate reality. 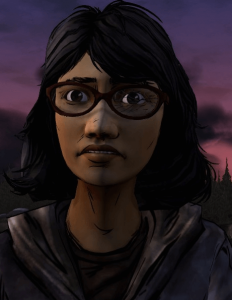 In this way, the savage method with which Mariana is dispatched is troubling, especially in its suddenness. It reminds us that anyone we love could be taken away at any time, regardless of how special they are to us. It’s an old cliche in a Hollywood sense but the weight with which it is executed here allows it to hit like a hammer.

The reverberating focus that the following chapter forces you to bury her corpse makes it a true nightmare, as it doesn’t allow you to simply banish the troubling implications of Mariana’s death from your mind and move on. It forces you to deal with them, one button press at a time

Now, let’s be clear: I won’t insinuate for a moment that Mariana is the first child to be unceremoniously dispatched in this series. In a lot of ways, Telltale’s The Walking Dead is more a question of which characters will survive over which characters will die. Those who have played through Season Two will recall that Sarah had a similarly troubling fate, regardless of the choices you made. 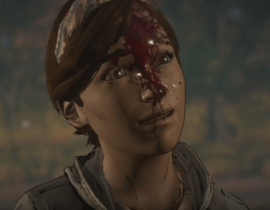 That’s the thing about a bad world, though: you have to be able to reinforce it. It’s easy to come across as overzealous in a depiction of violence, especially in our current social climate. It’s a lot harder to make blood count for something in the digital landscape, something that The Walking Dead: A New Frontier manages to communicate even amid its high body count.