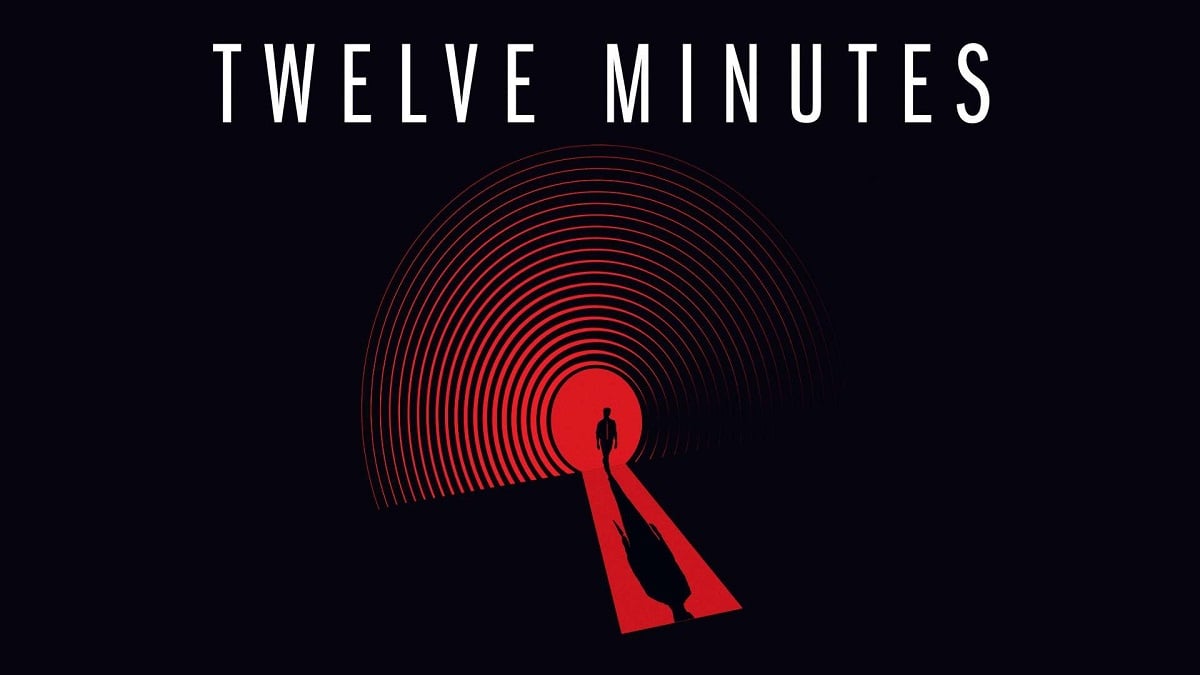 Keeping a game that is centered around a time loop entertaining has to be one of the most challenging feats of game design out there. If there is not a clear path of progression then it’s easy for players to get frustrated (or bored) early on and quit. Likewise, if the path is easy to understand but moving along it is unintuitive, many players will get fatigued and opt for a less strenuous gameplay experience. Hitting the right balance of mystery, excitement of discovery, and player encouragement lies at the heart of any successful time loop game, and unfortunately Twelve Minutes does not manage to hit all those marks.

The premise is compelling from the outset: a man gets home from a long day at work, enters his apartment to be greeted by his loving wife, and the two begin to celebrate the wife’s surprise pregnancy before they’re interrupted by a man claiming to be the police at the door. He bursts in, says the wife is guilty of murdering her father years ago, and throws them both to the ground in handcuffs before eventually choking the man to death–

–and that’s when the time loop resets to the moment he walks into the apartment.

Like most titles centered around this mechanic, the husband retains his memories every loop. So now he (and by proxy the player) is dead set on discovering why the cop is after his wife, if she really killed her father, and what secrets she’s been hiding for the past eight years.

It’s a gripping setup that’s sold by top-tier voice talent Annapurna managed to bring onboard. Willem Dafoe’s gruff, no-nonsense performance as the cop (along with the knowledge that his appearance typically means death) results in some of the most tense moments in gaming this year. Adding to that tension is the ever-present time pressure of needing to complete and/or experiment with certain tasks before he comes up the elevator to the apartment. The experience thrives on making the player’s heart race and hands fumble as they try to carry out the perfect sequence of events in just a few minutes; for those with anxiety, this is not the game for you.

For as much as Twelve Minutes manages to nail that atmosphere and tension, however, it can also be rather clunky and constricting. The characters are simultaneously brought to life by great voice talent and held back by dodgy animation work and a limited number of lines to work with. The awkward way the husband and wife move around each other and the way the cop steps on the handcuffed couple while he’s walking around makes it clear that they’re all programmed to go from point A to point B and won’t take no for an answer. Similarly, while the first few times hearing a line sounds convincing, the nature of Twelve Minutes means that many of those lines are repeated ad nauseum throughout the experience, and it doesn’t take long before the limitations of the voice work begin to show. Hearing Dafoe exclaim “What the–!?” when seeing my wife passed out in bed and then producing the exact same “What the–!?” after finding me in the closet 10 seconds later is a bit jarring.

By far the greatest sin of Twelve Minutes, though, is how tight its loop is without progression. Games centered around time loops are repetitive by nature so there’s typically some way progression is rewarded, be it unlocking story insights, gaining access to new gameplay mechanics, and so on. Minit kept things engaging by allowing players to restart from any checkpoints they reached, thus making exploration feel like a worthwhile endeavor. 2019’s Outer Wilds required players to start in the same spot but allowed them to explore space in any direction they wanted, naturally rewarding experimentation and curiosity in the process.

Twelve Minutes requires players to start from the same point every loop and takes place in a confined area (a tiny one-bedroom apartment). It’s fun interacting with various objects around the rooms at first, but there’s only so much that can be done before the cop comes knocking. Since there are no checkpoints to reach or other forms of progression, it all boils down to trial-and-erroring until you acquire enough knowledge to know exactly what to do exactly when it needs to be done. It’s a game of patience made monotonous by how contained it is.

It’s an accomplishment to create a title designed around being completed in a specific timeframe, but Twelve Minutes just isn’t as intuitive as it needs to be to make the mystery worth solving. What starts as a compelling case of déjà vu ends up feeling like a waste of time far too often thanks to a lack of progression incentives and the sheer miniscule size of the environment. Breakthroughs are thrilling when they happen, but I suspect many will end up punching the clock instead of pushing through to the end.