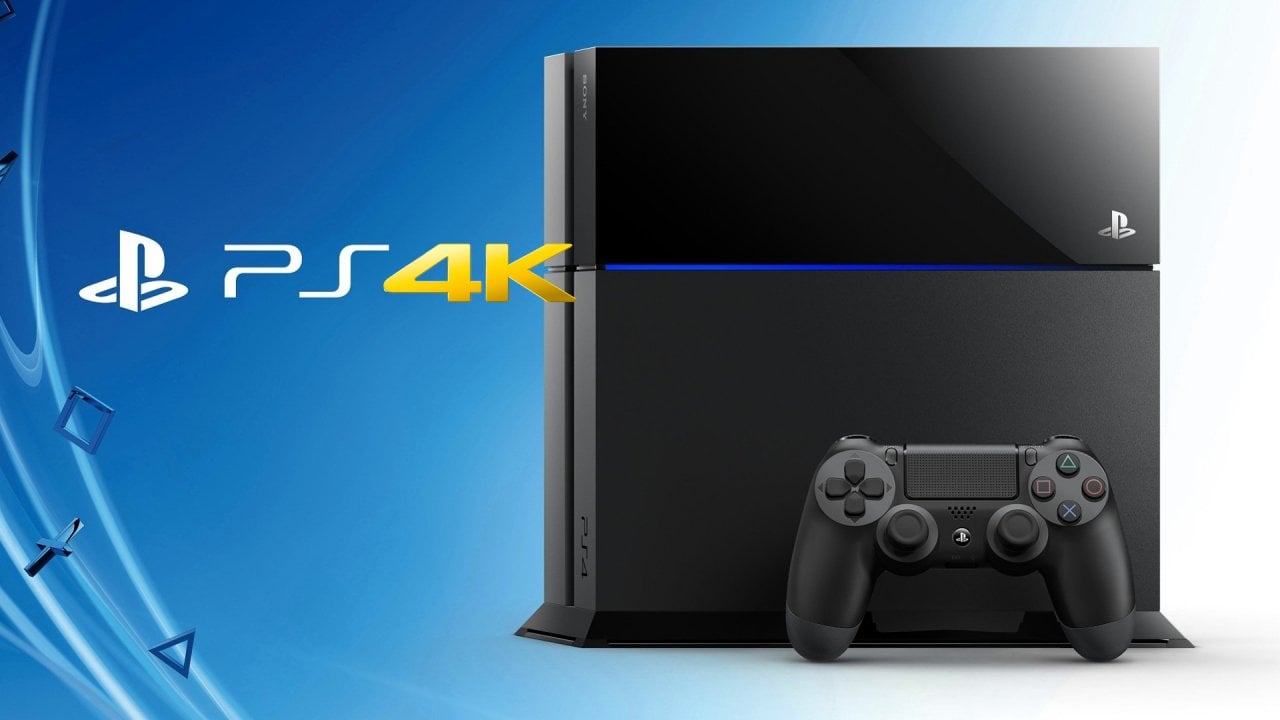 A decent chunk of the gaming community is currently up-in-arms over Sony’s announcement of the PS4K (/PS4.5/NEO), but as a person who has absolutely no intention of buying this new machine, I can’t help but feel that Sony is making the right move, and here’s why…

Sometimes people tend to forget that Sony isn’t just in the gaming business. They’re also a big player when it comes to creating and selling other electronic devices, most notably home theater products. With 4K televisions gaining traction quickly, Sony is in the position of taking a strangle hold of your entire living room. What better companion for your brand new 4K television than a new console that not only outputs video games at a 4K resolution, but also doubles as perhaps the most affordable 4K Blu-Ray player on the market? The PS4K would not only be a way for the PlayStation brand to move forward, but it also serves as a great tool for Sony to advertise/market some of their other products.

As for Microsoft, they’ve been touting their “universal windows platform” business model a lot recently, and comments made by Phil Spencer last year heavily indicate that Microsoft may have an Xbox 1.5 in the works as well, and who could blame them? Microsoft knows just as well as anyone how quickly hardware becomes outdated, and these days it’s become unreasonable to expect a huge graphical leap akin to the jump from the SNES to the N64, so incremental hardware upgrades make a ton of sense.

As fans of any given object, we often neglect to look at things from a business prospective, and often times even when we do try to get into the mindset of the people sitting in on those high-level board meetings, we’re left scratching our heads over the decisions they make. However, the decision to make the PS4K (and potentially the Xbox 1.5) seems rather logical.

The PS4 is crushing both the Xbox One and Wii U on the sales charts. The machine looks like an unstoppable behemoth, and if the numbers remain steady (and the PS4/PS4K have a long life cycle), it’s within the realm of possibility that the PS4/PS4K may one day usurp the PS2’s position as the greatest selling console of all time. It’s safe to say that Sony is in a good spot right now. So, being in the position they’re in, it only makes sense for them to stay ahead of the curb, and stomp and potential issues before they arise.

It’s been well publicized that Nintendo’s NX will feature “industry leading chips“, and while we still don’t know exactly what that means, Sony coming out and announcing the PS4K immediately lessens the impact of Nintendo’s impending console.

All eyes will be on Nintendo when they step-up to the plate and formally announce the NX, but how long will they be able to hold onto the general gaming audience’s  attention? Simply having better hardware than the standard PS4 is no longer relevant. What was once a potential feather in Nintendo’s cap can now prove to be a detriment to the NX. We don’t know the system’s specs, but if the currently planned NX is a weaker machine than the PS4K, will Nintendo actually delay mass production to beef up their hardware? Was the recent announcement of the NX releasing in 2017 Nintendo’s attempt at getting out of the PS4K’s potential 2016 launch window? And more importantly, with the launch of the PS4K the standard PS4 will see a nice price drop, which further complicates things for Nintendo when it comes to pricing/marketing their new machine.

Sony has been a very reactive company since the PS3’s poor launch. They allowed Microsoft to take the lead and announce many details of the Xbox One while the PS4 was still shrouded in mystery, only to later come out and seemingly cater the PS4 around the fans’ reactions to all the things Microsoft did wrong. Judging by the sales charts, they obviously succeeded in winning over the masses. But there’s a time to play it safe, and there’s a time to run with your lead. Sony has switched gears with this announcement, becoming proactive at the correct time. With E3 2016 right around the corner, many were expecting a potential Nintendo hardware announcement to be the talk of the show, as new console reveals typically are, but with Nintendo saying the NX won’t be in attendance, it looks like Sony can run away with the show practically uncontested.

Remember how annoying it was during E3 2007/8 when Sony would spend a seemingly extensive amount of time during their press conferences talking about the PS2, despite that fact that all anyone cared about was the PS3? As boring as it was for early adopters of the PS3, Sony had to acknowledge the massive PS2 install base. It’s funny how this year they’re going to be in the same position, but sort of inversed, as rather than simply acknowledging the current PS4 install base, Sony really needs to drive home the fact that the standard PS4 isn’t going anywhere.

Let’s face it: there are many PS4 owners who aren’t thrilled about this announcement. There are 40 million people out there who own a PS4, and they bought the console expecting a decently long life cycle. Yet here we are, with the PS4 being less than 3 years old, and its successor is already knocking on the door. And this isn’t akin to the PS3 vs. PS3 Slim, the PS4K actually contains rather significant hardware upgrades over the PS4. Many people, myself includes, don’t own a 4K TV and have no intention on buying one any time soon, so are we just going to be left out in the cold? No, not really. Sony has already announced that they’re explicitly forbidding developers from creating gameplay options or unlockable content that is exclusive to PS4K versions of games, and Sony is very adamant about the PS4K and standard PS4 living together in harmony. The consoles will share the same PSN Store, and the same online communities. One console will simply be more powerful than the other, which will obviously lead to higher graphical fidelity and quicker load times, among other advantages, and is that really such a huge deal?

I think the noticeably negative feedback surrounding the PS4K boils down to two things: people feeling they’ve been ripped off for buying a standard PS4, and people feeling insulted at the prospect of playing an inferior version of a game they’ve been highly anticipating.

While I do feel for people who’ve bought a PS4 very recently, as it is rather unfortunate that a new version is coming so quickly (potentially this year), I still don’t buy into the whole idea of feeling ‘ripped off’. People who bought the PS4 did so with the expectation of the console being supported for years to come, and it will be. As far as playing the ‘inferior version’ of a game, how many of the 3+ million PS4 users who bought The Witcher 3 lost sleep over the PC version of the game looking better? Any console gamers who are whining about this are coming off as both ignorant and selfish. Could you imagine if PC gamers threw a fit every time a new graphics card or CPU was released? The PS4K is simply a luxury item in the same way that that a PC that can run The Witcher 3 on full 4K Ultra settings is a luxury item (although the PS4K would be the much cheaper option). This type of thing has existed in the PC gaming world for a very long time, and in reality it’s nothing to complain about, as your standard PS4 will still play all PS4 games.

Are there potential issues for those like myself, who intend on sticking with the standard PS4? Sure there are. Developers’ lives just got more complicated, as now they have to optimize their games around yet another set of system specifications. It’s very possible (perhaps inevitable) that sometime down the line, a highly touted PS4 game will launch and run flawlessly on the PS4K, yet be riddled with performance issues on the standard PS4. I wouldn’t be surprised in the slightest if this were to happen, but I honestly believe that Sony understands the importance of keeping standard PS4 users happy, not only for the immediate future but for the long run, which hopefully means these sort of issues will be a rarity.

Sony is in a really interesting position here, as they’re about to do something that’s never been done before. Sure, Nintendo is famous for releasing new versions of their already-existing handhelds, and there were things like the Expansion Pak for the N64, but never has a home console had a mid-lifecycle upgrade like the this before. Sony needs to hammer home the message that the PS4K is not a replacement for the PS4, but conveying that message in a manner that not only keeps the current install base appeased, but also sells people on the PS4K is easier said than done. One thing’s for certain: Sony’s E3 press conference this year will be an interesting watch.