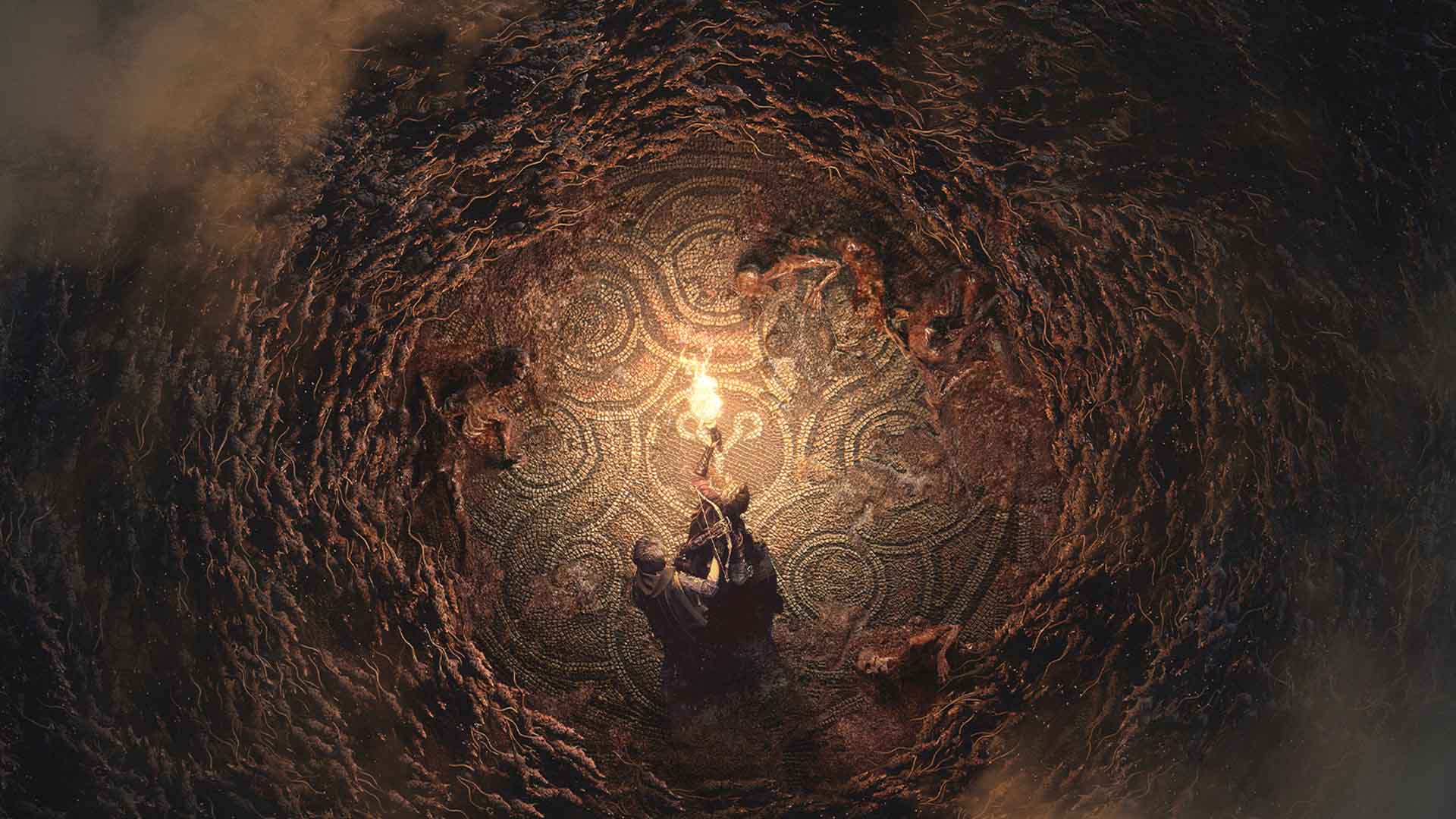 The Embodiment of Evil

Rats are not always evil creatures. In fact, if looked after and cared for properly, rats can make for lovable (if slightly smelly) pets. This is certainly not the case though in 2022’s underrated gem A Plague Tale: Requiem. In this dark, fantastical adventure through a reimagined 14th-century France, rats are the very embodiment of evil.

In the real world, rats are often seen by the majority of society as pests. They tend to live in sewers and dingy back alleys, scurrying along the gutters and rummaging through trash in search of old discarded food, or feasting on the carcasses of small animals. Because of their unsanitary habits, wild rats have become known as carriers of disease. And while they were not the true cause of the Black Death, they played a pivotal role in its unrelenting spread across Europe, resulting in millions upon millions of deaths.

The rat soon became synonymous with disease, a symbol for the Plague. Rats have a reputation that induces panic in most people, even now, when just one is spotted. But can you imagine what it would be like to witness a thousand erupting from the ground like a geyser?

This is the nightmare A Plague Tale Requiem presents; a world in which the rats that lurk beneath the cobblestones can burst forth at any moment, ripping through villages, towns, and even entire cities like an earthquake as they submerge them beneath an ocean of fur and teeth. With their slick, oily black fur and burning amber eyes, these rats are less like real, living animals, and more like demons. The way they surge and swarm, and move as one enormous entity, allows them to become a force of nature.

An Evolution in Scale

In A Plague Tale: Innocence, the first game in the series, the rats certainly were a threat. Players had to stick closely to the light or risk being swarmed in a matter of seconds, but these creatures were far from the eldritch abominations they became in the sequel. The rats in Innocence are more of an obstacle for players to puzzle their way past.

Their painstakingly developed animations and behaviors–the way they instantly scurry away from the bloom of a new light or rush in when one is extinguished, the way they turn to notice the player and follow Amicia every step she takes–give them the semblance of a hive mind. But even though the game could render up to five thousand of the furry demons at once, there simply weren’t enough of them. If the setting wasn’t an enclosed and claustrophobic church or crypt, they were spread too thin to be seen as anything but individuals. They were scary, but they weren’t terrifying.

In A Plague Tale: Requiem, however, the little swirling eddies became entire roaring oceans of rats. This time around, developer Asobo Studio really outdid itself. The rats–huddled so close together that they become almost vague and indistinct blobs, with only the demoniac glow of their amber eyes to betray the fact that they are, indeed, thousands upon thousands of separate entities–crash over each other in waves as they surge towards the player, temporarily braving the glare of the light as they lurch forwards to nip at Amicia’s ankles, before retreating back into the hoard. They tear down buildings, topple castle towers, even rip apart the very earth itself as they chase after the player in devilishly destructive set-pieces, growing in number until they resemble a raging tsunami, complete with all the devastation one brings.

This is the concept birthed in the first game taken to the extreme. Now the rats truly are terrifying. With the new engine capable of rendering up to 300,000 rats at once (sixty times as many as the original), nowhere is safe. Even the open fields of Requiem’s wider and more expansive new locales become writhing seas of black bodies when the sun goes down. And, at the same time, all that extra processing power also went to making these rats all the smarter than their predecessors.

In Requiem, the rats have learned how best to avoid the light they so despise (and which can be fatal if used to trap them). They are quicker to flee when a new fire flares, scurrying over and around obstacles, and through crevices and cracks, with nimble skill. They have even learned to climb up and down certain materials, meaning no surface is safe from their masses. Of course, this also means that the moment a light source is extinguished, they are all the quicker at swarming back in, filling the vacuum like a sentient gas. Perfect for players hoping to take out solitary guards with a careful blast of Extinguis. But all the deadlier for those who find their torch burning just a little too low.

The rats are braver, too, venturing further and further into the light the more there are on screen, perfectly surrounding Amicia and her companions, and ensuring that nowhere feels safe. That the player never lets their guard down.

The Horrors That Lurk Below

But it is in descending into their underground lairs that truly shows the otherworldly, supernatural nature of these rat-shaped demons in all their ungodly glory. Deep down below the earth, the rats have truly taken over. Down here, the rats make the leap from eldritch hive mind to true Lovecraftian nightmare.

The rats don’t devour every last scrap of the poor humans they swarm and strip to the bone. The parts they don’t ingest–the skeletons, the ligaments, the scraps of skin, hair, and teeth–are dragged below the ground, and mixed with a horrible, oily black substance to create some truly nightmarish sights. The Giger-inspired tunnels and pillars look like they came straight from an unused Alien concept piece, complete with fleshy organic structures that bring to mind the idea of delving deeper and deeper through the innards of some enormous creature.

Late in the game, these rat lairs somehow get even worse. The very air becomes suffused with sickly green light, and the camera seems to pulsate in time with the distant sound of an undulating choir. The disquieting tone is pitched perfectly to make the player feel as if they are going insane, as if they are staring into the heart of a living abyss–an abyss that stares back with a million glowing amber eyes.

The Tech That Brings the Swarm to Life

It’s not just the visuals that have been improved, nor the scale or the ferocity of the little beasts. Through vibration and haptic feedback (especially on the PS5’s Dualsense controller), players can feel the power of these rats like never before. The scratching of hundreds of thousands of little feet crawls across the controller, building in intensity the closer they get, letting the player know exactly how close they are. Eruptions of rats nearly jolt the controller out of players’ hands as they explode from the ground. The raging waves can be felt swelling and crashing as the horde chases Amicia across a collapsing city. It all serves to give these rats a sense of physicality and really hammer home the fact that they truly are unstoppable.

Similarly, those playing with headphones can experience the horrors of true immersion with 3D audio. The scurrying, the biting, the gnawing, and the scratching of a million feet is almost deafening as it fully surrounds the player, letting them know there is no escape. Couple this with the sinisterly sharp violin sting that accompanies the start of every rat encounter, and the heartbeat rises, the adrenaline spikes, and the player truly feels they are right there alongside Amicia and her companions.

All of this is brought to life by careful, clever programming. To simulate so many rats on screen at once, the developers turned to particle physics. Now, instead of sparks or smoke molecules, the game engine simulates the movements of full-sized rats using the same technology. This allows them to rise and fall and crash like eddies of water, or swarm in a vortex around their victims like smoke.

But while particle physics helps with the general movement of the swarm, it doesn’t convey intelligence. And their intelligence is what makes these rats so terrifying – they are not mindless; they react to changes in their environment and actively work to surround the player. To achieve this, the developers had to use some careful trickery. Only the thousand or so rats closest to the player are fully modeled and given full AI behavior. They rear up on their hind legs when they spot the player, signaling to both the player themselves, and the other rats, that prey has been spotted.

This information is then spread to the rats further afield, which in turn, rear up and turn towards the player, drawing them in and giving the illusion of a single thought spreading throughout the horde like a wave. While those on the outside cannot think for themselves, they don’t need to, just as long as it looks like they are reacting to the player’s presence. One immense being with many brains.

The rats of A Plague Tale Requiem aren’t just terrifying because they are a force of nature, a Lovecraftian menace hell-bent on covering the world, but because they are smarter than they appear. And they will not stop until every last inch of the Earth is alive with the scratching sound of a million clawed feet, and the dark of night burns with a million amber eyes.