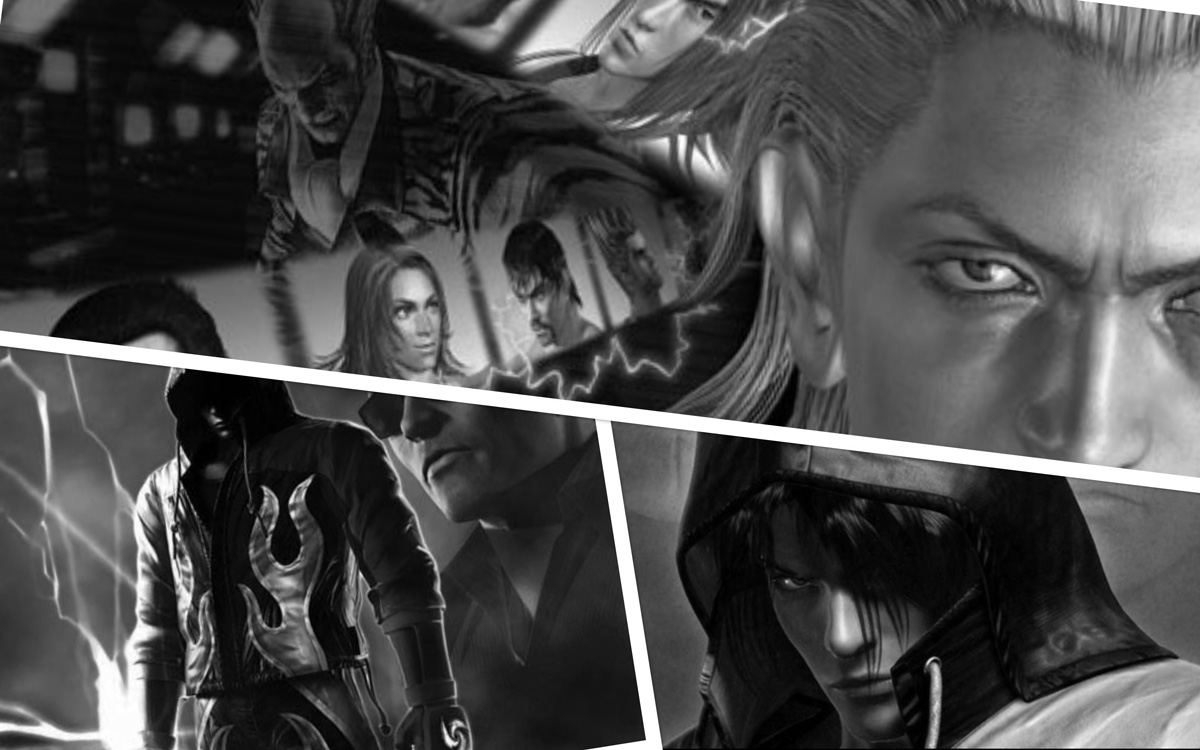 Tekken 4 is easily one of the least popular entries in the Tekken franchise, and not without good reason. Its combat is noticeably slow, it has severe balancing issues, and its character roster is stripped down considerably compared to other installments. But despite this, Tekken 4 deserves recognition as the most unique Tekken installment, and some of the major contributors to its distinctiveness are its tone and style. Nearly every element of Tekken 4 is made in service of its grounded and, in some ways, unsettling atmosphere, which has never been reattempted to the same degree in later installments. This makes Tekken 4 not necessarily the best entry in the series, but perhaps the most purposeful one from an artistic standpoint.

Fighting in the Real World

One of the most immediately distinct aspects of Tekken 4 is its stage design. Tekken’s world has always included a mixture of the realistic and the fantastical, and this is evident in many of the stages throughout the series. Many stages are typical urban settings or martial arts dojos, but several others have a dramatic flair to them. Military wrestling rings, ancient temples, and shuttle launch pads are just a few of the stages combatants square off in throughout the series, and several others, like the space colony and the tornado-ridden wasteland, are even more outlandish. Tekken 4’s stages, on the other hand, double down on the realism. Plausible urban settings like a shopping mall or parking garage are far more commonplace, and even the stranger fighting arenas, like the jungle and the laboratory, are relatively grounded in reality. Whereas the series’ other final stages tend to take place in the most fantastical locations each installment has to offer, Tekken 4’s final stage is a relatively straightforward, MMA-style caged arena with a large audience spectating in the background.

The stages’ grounded aesthetic is further established through their layouts. Before Tekken 4, stages always infinitely scrolled no matter how far the characters would walk, and many stages after 4 take place in specially-built arenas. In a break from series tradition, Tekken 4 features sprawling, open maps complete with interactable scenery and uneven terrain. The Shinjuku stage, for instance, features elevated sidewalks the fighters can walk on as well as phone booths that break apart when one of the combatants is knocked into them. Rather than prioritizing the gameplay, Tekken 4’s stages are designed to feel like real-life locations where the fighters just so happen to be duking it out. The game tailors both the aesthetics and gameplay of each stage to fit the more realistic style it is going for, and while this does lead to some major balancing problems, it is also a significant contributing factor to the game’s distinctive identity.

More evidence of the grounded tone can be seen in the character roster. As previously mentioned, Tekken’s world is rife with both realistic and fantastical elements, and the series’ cast of characters demonstrates this even more than the stages do. Many of the characters are traditional martial artists of varying disciplines, but fighting alongside them are ninjas, robots, bears, and other odd faces. In an effort to ground itself further, Tekken 4 pairs its roster back a bit. The cast still features a few wacky characters, like Kuma and newcomer Combot, but the standard martial artists make up the vast majority of the roster this time around. Instead of making the final boss some kind of god or demonic version of one of the main characters, Tekken 4 returns to the series’ roots and makes the decidedly non-demonic Heihachi Mishima the central antagonist again. The game even infamously sacrifices one of the series staples, the Jack robots, to put more focus on the real-life martial arts. It’s easy to see why the choices made with the roster were controversial, but it’s another way the game firmly establishes its more realistic style.

Less controversial is how Tekken 4 approaches its score. The Tekken series often features distinctly catchy melodies and energetic instrumentation, but Tekken 4’s soundtrack is much more low-key in comparison. Memorable melodies certainly exist in the title, but the soundtrack makes heavier use of repetitive backing instrumentation to immerse players in the setting of each stage. Some of the tracks, particularly the laboratory and skyscraper stages, have a dark, slightly off-kilter vibe that, for the most part, could not be further removed from the other Tekken soundtracks. Certain tracks even have a dynamic element to them; when either of the combatants is knocked out, the track will immediately cut to a unique interlude that smoothly transitions to a different section of the song. This is meant to further engross players into the world and the action happening onscreen, which complements the more grounded tone perfectly.

A Story Mode With Grit

What really cements the game’s tone, at least from an aesthetic standpoint, are the story sequences. The prologue sections that play before each character’s story mode run feature some of the most detailed backstories in the series. They often include dark subject matter such as depression, and some of the more fantastical elements, such as the demonic powers of the main characters, are explained away using genetics. The prologues feature illustrations with an aggressively sketchy art style, and combined with the background music’s intense percussion and wailing guitars, they make for an oppressively unsettling atmosphere that has not been matched in any other installment. The ending cinematics are also much more extensive than usual; the brief, quirky scenarios that make up many of the series’ endings have largely been pushed aside in favor of lengthy, dialogue-heavy explorations of each fighter’s story and characteristics. Even the ending of a borderline joke character like Panda involves a heartfelt conversation with her owner Xiaoyu, and the Mishimas’ endings are darker than they ever have been. Tekken 4 takes a decidedly more mature approach to its backstories and endings than the series is used to, and that further bolsters the overall style it’s aiming for.

The later Tekken installments have mostly overshadowed Tekken 4 in the public consciousness. Tekken 5, along with its update Dark Resurrection, are considerable fan favorites, and Tekken 7 is, for the most part, keeping many people hyped with its ongoing DLC plans. But Tekken 4, despite its flaws, is probably the only game in the series that completely unifies its aesthetics, gameplay, and story to achieve something greater. The style and atmosphere of Tekken 4 are unrivaled, and these aspects alone make it worth revisiting.