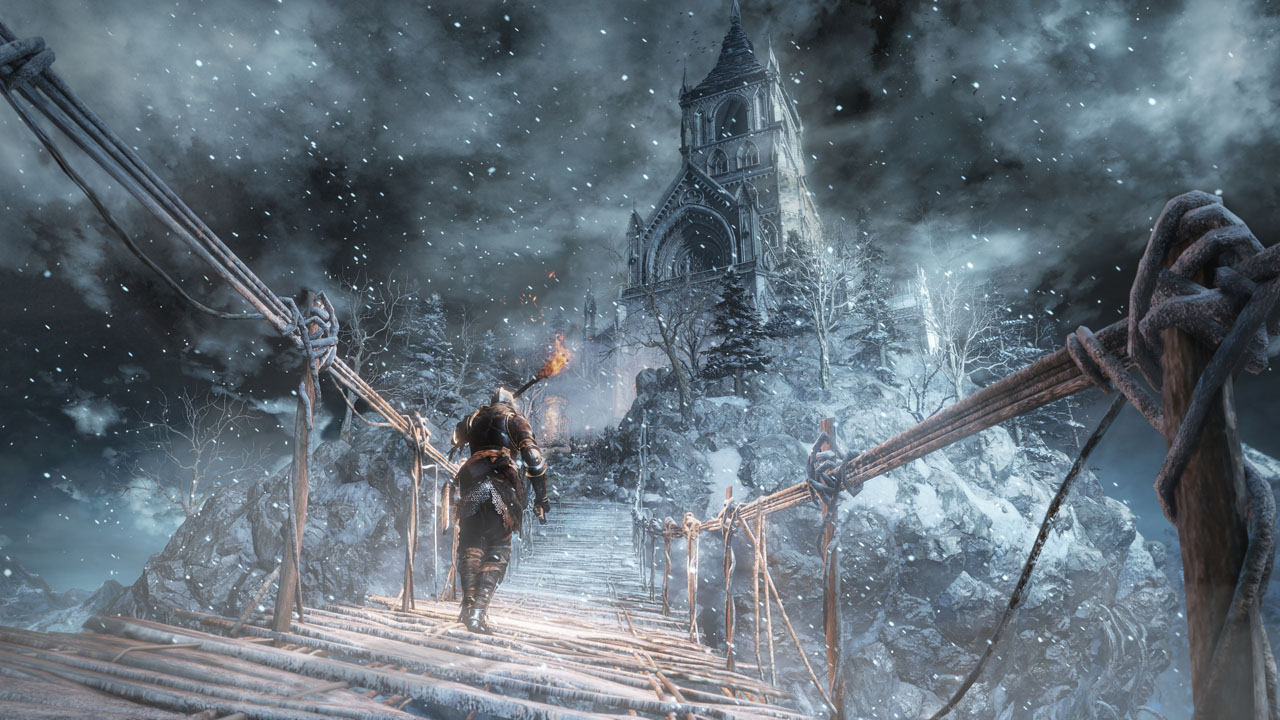 As Star Wars: The Force Awakens and Stranger Things have recently demonstrated, a little nostalgia can sometimes go a very long way. Released earlier this year, Dark Souls III opted for a similar approach, bringing back key parts from all four of From Software’s related titles (Demon’s Souls, Dark Souls, Dark Souls II, and Bloodborne) and mashing them together into a memorable adventure that provided a great send-off for the series.

However, this sort of “Greatest Hits” inspiration that powered much of Dark Souls III may be the greatest shortcoming of the new DLC, Ashes of Ariandel.

The problem comes in a sort of sense of things being a bit too familiar at times. Trees come to life in the woods, you slide down an icy sheet on the soles of your feet, and one of the bosses is indeed a giant wolf. As much as even a super fan like this reviewer loves this series, this “Oh, this is a reference to such-and-such!” idea is beginning to get a little old hat. 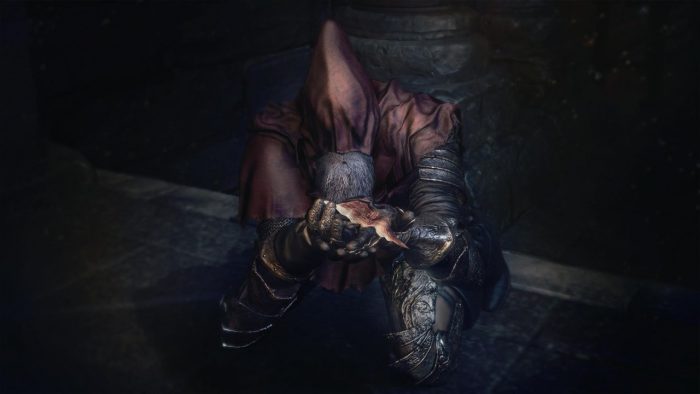 Never trust anyone in Dark Souls. They’re literally all crazy.

I guess there’s a question at some point as to whether people truly want something completely new from a DLC, or just more of the same. Of course there’s an argument to be made for both sides but as the second to last piece of this series (there has been one more DLC promised, which is likely to premiere early next year) fans could be forgiven for expecting a bit more from this expansion.

It’s not all cinders though, there’s still a lot to love about Ashes of Ariandel. The dead baby bird look of the denizens of the Corvian Settlement is truly unsettling, and their miserable plight is one of the most chilling in the series. In fact, for the most part, the design of the enemies in general is particularly well done. The Corvian Knights will no doubt leave you shaken every time you encounter one, and some truly daunting Milwood Knights (clearly inspired by Norse mythology) can make extremely short work of you if you’re not careful. 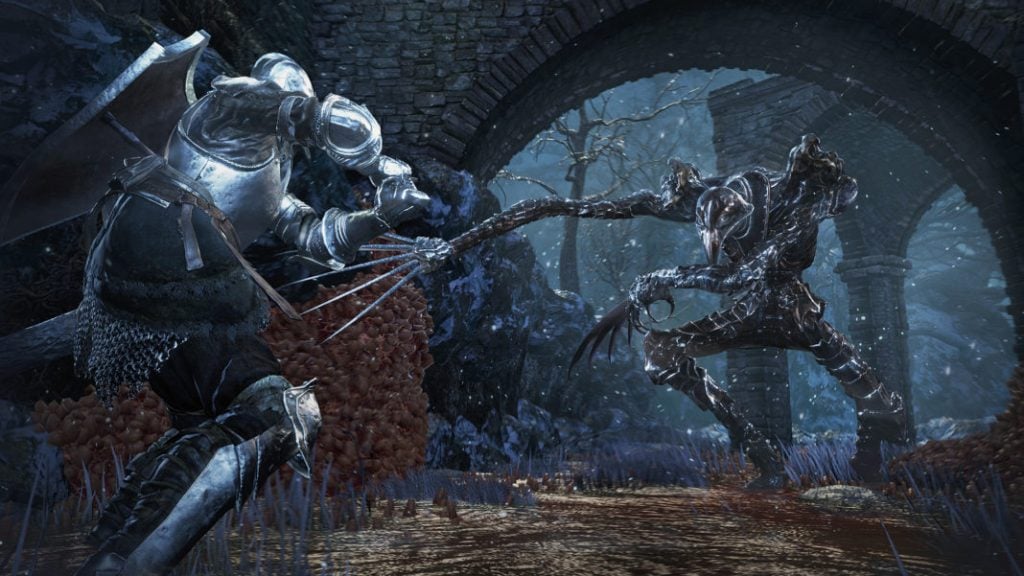 Enemies like the Corvian Knight will test the mettle of rookies and long time veterans alike.

On top of the enemy design, the world itself looks fantastic. Dark Souls III was a real showcase for the power of modern consoles (and PCs) and Ashes of Ariandel continues that tradition with some very memorable locations. A lone safe haven in the form of a cliffside chapel provides a welcome home for much of the proceedings, while a frozen grave of flowers is reminiscent of classic moments from both Dark Souls and Metal Gear Solid 3.

Unfortunately, unlike the most recent expansion (the brilliant Bloodborne: The Old Hunters) Ashes of Ariandel doesn’t provide the kinds of inspired new weapons or contributions to the series lore that fans might have hoped for. With one more piece of Dark Souls III still forthcoming, this is forgivable but still a little bit disappointing. 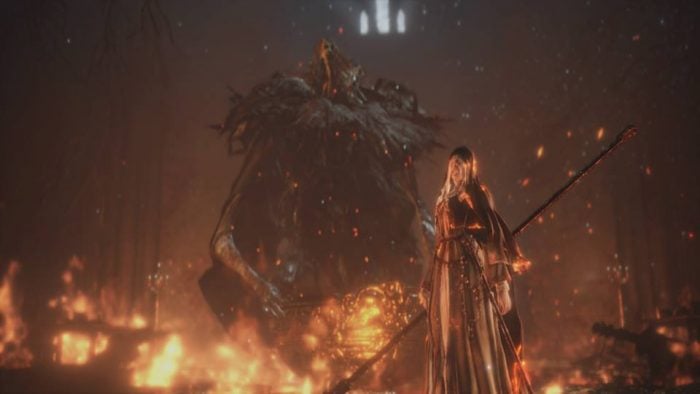 For all it’s shortcomings, the finale of Ashes of Ariandel is challenging, intense, and very memorable.

Luckily, the expansion does close things off with a showstopper of a finale, in the battle with Sister Friede and Father Ariandel. An epic three part showdown that will test players in the tradition of the now infamous Nameless King battle from Dark Souls III, the confrontation with the founders of this accursed church is one for the record books, and will absolutely leave players with a feeling of achievement to close out their journey.

While Ashes of Ariandel may not live up to some players expectations for a new piece of this world, it is still well worth playing, particularly for the more hardcore in the series’ fanbase.