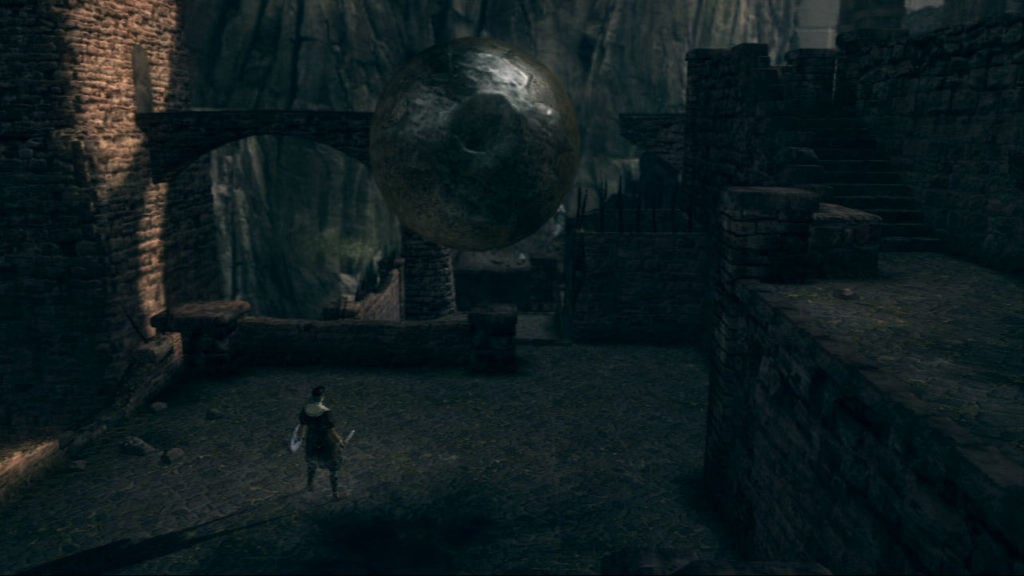 One of the key elements that makes Dark Souls, well, Dark Souls, is how hilariously and deliberately it manages to subvert your expectations of what’s just around the next corner. Nothing can be taken for granted in this series. Walk by a balcony? Better tilt that camera and make sure there’s no one hanging off of it, waiting for you to turn your back. Pass by a dead body or two? Well consider this Friday the 13th and make damn sure they’re dead because they might just be playing possum.

Dark Souls is filled with examples like these that force players to re-think how they look at game design and its conventions, and with most fans on the tail end of what might be the last Souls game ever, what better way to celebrate than looking back at all the ways this series has made us miserable. With that in mind, here’s our list of the top 5 Dark Souls epic trolling moments. Anyone who’s traipsed through the mighty halls of Anor Londo knows full well that there’s plenty to be afraid of in this seemingly empty palace. But even more brutal than the boss battle that ends the section, are the incredibly frustrating dragon archers that guard the last trek to the castle keep.

After braving dagger-wielding assassins during a beam walk through the church, battling massive gargoyles, and contending with statues that come to life, you think you’ve seen the worst of what this place has to offer. However, From Software saves the most devious and dangerous trick for the end, as Gwyn’s royal archers begin firing arrows at you without warning. And these aren’t just your normal, every day arrows: these arrows are meant to take down dragons. You can’t block them, because the impact will send you plummeting from the heights of the castle, as will missing even a single dodge as you make your careful but panicked ascent. Tread carefully. This little trick started with Demon’s Souls, as during the terrifying inter-dimensional prison level, you reached your second boss challenge in the form of a gargoyle called the Man Eater. Just kidding, it’s 2 gargoyles. The fight was made incredibly challenging by the sudden approach of the second gargoyle, and players had to really focus if they wanted to bring down both of these terrors without being killed or knocked off of the narrow ledge.

Players, of course, were less surprised when they reached the Bell Tower Gargoyles in Dark Souls, as they might have even been expecting it. However, Dark Souls II upped the ante by staging the fight a 3rd time, only to unleash a staggering 6 gargoyles on the player! Anyone who thinks that Dark Souls II is missing the true spirit of the series need only look to the soul-crushing example of this boss battle for evidence to the contrary. Since the player rarely gets a second chance in a Souls game, it’s always an incredibly defeating moment when you see a cut scene after you “kill” a boss, only for the miserable bastard to rise from their demise, and return with even more deadly power, and often, a renewed health bar to boot.

This happens countless times in the series, as well as in it’s spin-off: Bloodborne. In fact, Dark Souls III is particularly rife with encounters like these, with at least three coming to mind at the time of this writing. The most terrifying example in the latest installment comes in the form of the epic, heavy-metal battle with the Nameless King. If a guy who rides in on a dragon and then kills it for more power after his initial defeat isn’t metal as shit, then I don’t know what is. Trick elevators and treasure chests have pretty much become a staple of the series at this point, but it all started in one miserable, god-forsaken room in Dark Souls. The whole beginning conceit of Dark Souls is that you have to ring two bells and then…well, something will happen. When you finally conquer Quelaag and the Bell Gargoyles, though, and ring the fabled bells, far from being rewarded, you’re instead given access to the most punishing area in the game: Sen’s Fortress.

Sen’s Fortress is pretty much the worst place ever. From evil snake men (and women) to poisonous pits filled with giant demons, to rolling boulders of death, to giant swinging blades amid treacherous walkways, Sen’s Fortress is basically a nightmare to traverse.

However, all of the worst base instincts of the development team over at From Software come to a head in a single terrible room that introduced the two above tricks to the Souls arsenal in one fell swoop. First up was the treasure chest. It was just a treasure chest like any other when you approached it, with not a lot setting it apart from the 50 or so treasure chests you’d opened before it. All of that changed when you checked it out, though, eager to net your next piece of loot. Arms sprouted from the sides, massive teeth grew from the opening, and the chest devoured you whole as you writhed in terror and shock. It’s a truly epic moment, and one any who were unlucky enough to experience it will never forget.

To make matters worse, intrepid players who were brave enough to return and slay the mimic, likely succumbed to the next trick in this room only a few seconds later. There is an elevator in this same room that leads you out and takes you to the next floor of the fortress. As soon as you step off, though, you notice that it goes up to a secret third floor. “Oooooh, a secret!”, you think, patting yourself on the back for your clever and watchful demeanor. Anyone who checked out that “third-floor secret” will be able to tell you exactly what it was: a roof filled with spikes and dripping with the blood of the last 10 saps who fell for the same trick.

If anything defines Dark Souls in one brief snippet, it’s this double-whammy of controller-smashing trolling from masters of their craft, and as such, no list could be proper without this terrible two-some at its top.