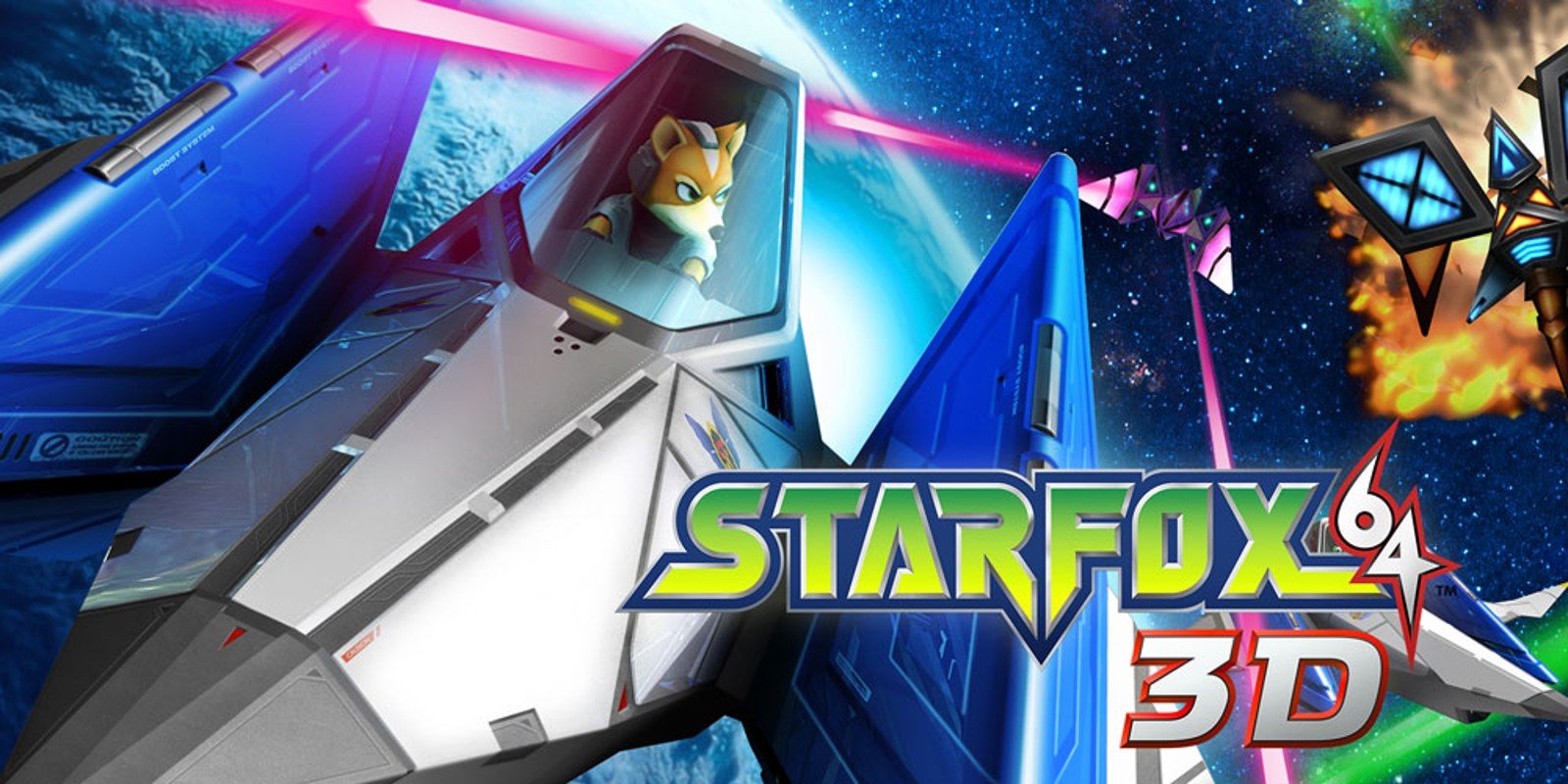 In many ways, Star Fox 64 3D was a fairly unremarkable release for Nintendo. It was primarily made to show off the Nintendo 3DS’s stereoscopic 3D functionality, a fact that may come off as hilarious to those who barely used the feature. Aside from the updated visuals and a completely revamped multiplayer mode, the additions made to the base Star Fox 64 experience were fairly conservative. It both reviewed and sold well upon release, and then the gaming public largely forgot about it and moved on. Although Star Fox 64 3D did not exactly set the world on fire, it did have one major aspect going for it: it was Star Fox 64. And, as many will attest, Star Fox 64 is a really, really good game.

When viewed from this lens, Star Fox 64 3D’s relative lack of significant new content is a strength rather than a flaw. It successfully preserves the original experience whilst including tasteful additions for a modern audience, a careful balance that so many modern remakes fail to achieve. Games as expertly crafted as Star Fox 64 do not need a heap of changes and additions, and it is great that the remake acknowledges this for the most part. Ten years after its release, Star Fox 64 3D still stands as one of the better remakes in recent memory.

A Strategic Coat of Paint

It should come as no surprise that the graphical changes represent one of Star Fox 64 3D’s most substantial improvements compared to the original, but it is important to note that the original game’s visual style was quite well-executed for its time. Evidently, the Nintendo 64 was rather limited in terms of graphical output, so the original Star Fox 64 boasted an aesthetic that perfectly matched the hardware. Environments and models largely consisted of simple, blocky shapes, but since the game was set in a universe rife with futuristic technology and artificial structures, these blocky assets still came across as believable. The characters looked equally as simplistic, but they were stylized to resemble puppets, right down to the wide mouths and the up-and-down mouth movements when talking. This stylistic choice took a set of primitive-looking character models and gave them a personality and charm all their own.

Aside from some added depth given to what were previously flat surfaces, Star Fox 64 3D largely preserves the simplistic shapes of the original game’s models and environments. For the most part, many of the graphical updates consist simply of tweaked lighting and more detailed textures, yet those changes alone are enough to make Star Fox 64 3D look rather impressive in motion. The added sheen and bump mapping given to textures really make the game world pop, and certain levels, particularly Zoness, look downright beautiful. The character models and portraits evidently look quite a bit crisper and less blocky than they did in the original, but they are just simple enough so as to still evoke those characters’ puppet-like charm. The developers were quite strategic in how they approached Star Fox 64 3D’s visuals, and thankfully, their approach paid off, as the game strikes a perfect balance between looking modern and looking nostalgic.

Another area where Star Fox 64 3D largely succeeds is in its voice acting. Although the original game’s voice acting could hardly be considered “good” in the traditional sense, it became iconic for a reason. The corny delivery and cheesy one-liners sounded like they could have come from a B-grade action flick, which was perfect for a game entirely about shooting down bad guys and saving the day. The developers clearly recognized the value that the hokey acting added to the original experience, as rather than improving the voice delivery for the remake, they tried to make the rerecorded lines sound as close to the original as possible. Star Fox 64’s voice cast returned for the remake, and they went out of their way to replicate the tones and inflections of the original line delivery.

Of course, the rerecorded lines do not sound exactly like they did in the N64 title, and many old-school Star Fox fans understandably prefer the original lines. But it goes to show how seriously the developers took this remake. If this were any other remaster, the developers would have probably felt compelled to improve the voice acting wholesale, but they purposefully made the line delivery just as “bad” as it used to be to preserve the original experience. Even though the N64 lines will live on in our collective consciousness for far longer than the 3DS lines will, that effort is still absolutely worth admiring.

How to Improve a Classic

When it comes to gameplay, there is not much that can be said about Star Fox 64 3D that cannot be said about the original. The Arwing still controls incredibly smoothly, the scoring system still excels at engaging the player, and the multiple routes still make the game immensely replayable. Star Fox 64 3D does add an option for gyro controls as well as an extra difficulty mode balanced around those controls, but most classic Star Fox fans will likely not even bother to try these features out.

Perhaps the most substantial gameplay improvement found in the remake is the Score Attack mode, which allows players to replay any stage without having to start the game over. This, needless to say, is a godsend, especially for players who always wanted to continuously practice levels in the original but never could, at least not in a convenient manner. A particularly significant benefit of this feature is that it grants players more freedom over the levels that they do and do not want to play. So if players wish to play Zoness but do not want to go through Aquas again just to experience it, then they can freely do so thanks to the Score Attack mode. In short, to say that the mode is a universally positive addition to the game would be an understatement.

Where the Remake Misses its Mark

Not every change in Star Fox 64 3D is necessarily for the better. For instance, the remake updates the N64 game’s soundtrack, and it is a bit of a mixed bag. For the most part, the updated music sounds fine, but certain tracks, like the “Boss B” theme, lack the punchy percussion that they used to have. There would be little to take issue with if the game allowed players to choose between the original and modernized soundtracks, but unfortunately, that option does not exist.

Interestingly, whereas most of Star Fox 64 3D’s changes are surgical in nature, the game’s multiplayer battle mode is completely different from that of the original. The new battle mode replaces the original maps with much more dynamic and visually engaging ones, and it adds several new customizable features, which include the option to use a set of powerups not found anywhere else in the game. To be clear, the new battle mode is far from bad, and playing a few rounds from time to time is decent fun. But it is one of the few areas where Star Fox 64 3D feels like it is trying to replace the original experience rather than preserve it. It does not help that the new mode completely removes the N64 version’s fun unlockable extras, which included the ability to play as the Star Fox pilots on-foot. Granted, features like this were far from essential, and it is debatable how fun they were to actually play, but they added a level of character to the original multiplayer mode that is sadly missing in the remake.

In the end, though, these faults do not take away from how rock solid of a remake Star Fox 64 3D is. It may not add much in the way of brand-new content, but that alone should not be what separates the good remakes from the bad. Games like Star Fox 64 are an absolute blast to play regardless of age, and as long as remakes like Star Fox 64 3D stay true to what made the original title so fun, then what more can we really ask for?