In a world where meaningless DLC, season passes, loot boxes, and pre-order bonuses rule the video game market, it seems almost impossible to find a truly good title, one that is rid of such hurdles. Gamers pray for a savior who will free them from the shackles of triple-A market strategies. Meanwhile, in the far land of PC gaming, users battle with the worst enemy of them all, the one who will bring destruction to everything they hold dear: Denuvo.

There is a lot of discussions regarding what exactly Denuvo is. While Wikipedia says it is an anti-tamper technology as much as it is DRM, the community is often divided as to its true meaning. If there’s one thing most people agree on, however, is that it’s harmful to the PC environment. No, we’re not talking about its supposed performance hits, but rather how it hinders game preservation. At its core, Denuvo is supposed to make sure publishers guarantee sales numbers on PC within a game’s release window. In the long run, the service seems to serve no purpose and many people believe it will be the downfall of PC games.

So what is Denuvo? For those unfamiliar with the tool, it appeared a few years ago on the market and has ever since graced major—and sometimes smaller—releases. To guarantee that publishers aren’t harmed by piracy, it is speculated that Denuvo uses a cryptographic key exclusive to each hardware and that it requires regular online authentication, perhaps to make sure that copy of the game is indeed the real deal. It all seems fine and dandy, as unobtrusive as possible, but the fact that the scheme requires regular checks concerns many PC gamers who believe their games will become obsolete whenever Denuvo servers go offline. Though some publishers and developers have patched out the tech after it served its use, most of them seem to forget they have it on their games, so games which are many years old may still contain it.

Denuvo threads are easily spotted on Steam whenever an exciting game is announced or properly released. This is such a serious topic for PC gamers that as soon as the store page of a promising title goes live, its discussions are flooded with talks about the DRM. NieR: Automata and many other great titles were the targets of backlash, and, more recently, users have been discussing the Windows version of Final Fantasy XV as well as Sonic Mania, which just came out this week. Unfortunately, unlike Bethesda and Playdead, who both patched the DRM out of Doom and Inside respectively, Square Enix and other publishers don’t seem interested in letting legitimate consumers own their products. In an interview with Kotaku, Denuvo’s Robert Hernandez mentions that “each publisher is, of course, free to remove our anti tamper tech from their title once they feel the protection has achieved its purpose in protecting the initial sales window, or if they have other reasons for doing so, such as selling the title on DRM-free platforms.” Unfortunately, that statement doesn’t mean much to some PC gamers because not only do publishers remain silent regarding this particular problem but they also show no signs of addressing it. 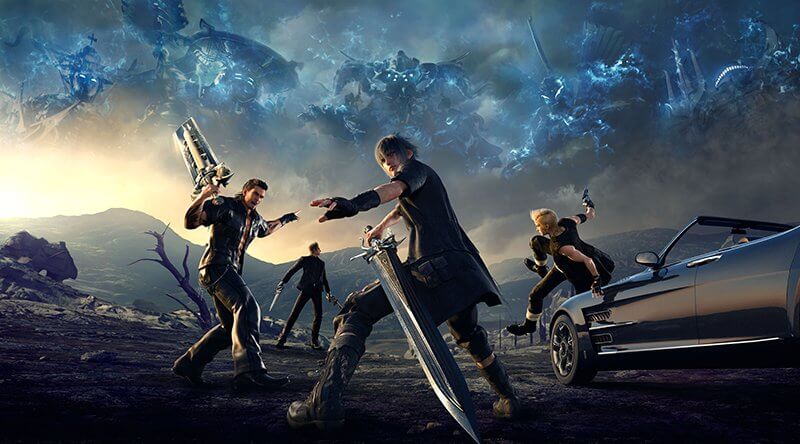 There’s no denying that piracy is a problem to publishers, but as the tale goes, their reputation is hurt by anything that’s not consumer friendly, including any sort of DRM that could revoke their rights to own what they paid for. Although some believe such anti-piracy strategies are only harmful, there are those who understand their need. It can be difficult to argue against it when the PC environment is so prone to illegitimate owners playing through whole games without so much as a care for how much they cost. Some piracy groups, despite trying to encourage their followers to support developers, go as far as to make online components playable in illegal copies as well as provide every possible DLC, from cosmetics to entire expansions. Some pirates are honest enough to use such copies for testing purposes only since Steam’s refunding policy can be tricky to deal with, but not everyone is as conscious. All that considered, it’s only natural that creators wish to guarantee a chunk of what they deserve, so Denuvo and other DRMs might be a necessity given how weak Steam’s built in protection is.

However you think, it’s important to discuss Denuvo and DRMs in general so that we, as consumers, know what to demand. It’s conflicting to have so many people complaining about something while sales continue to do well, with some of those complainers contributing to the overall positive reception.

So are DRM systems like Denuvo a necessary evil, or just another hoop for honest to goodness consumers to jump through?

Let us know what you think in the comments section.