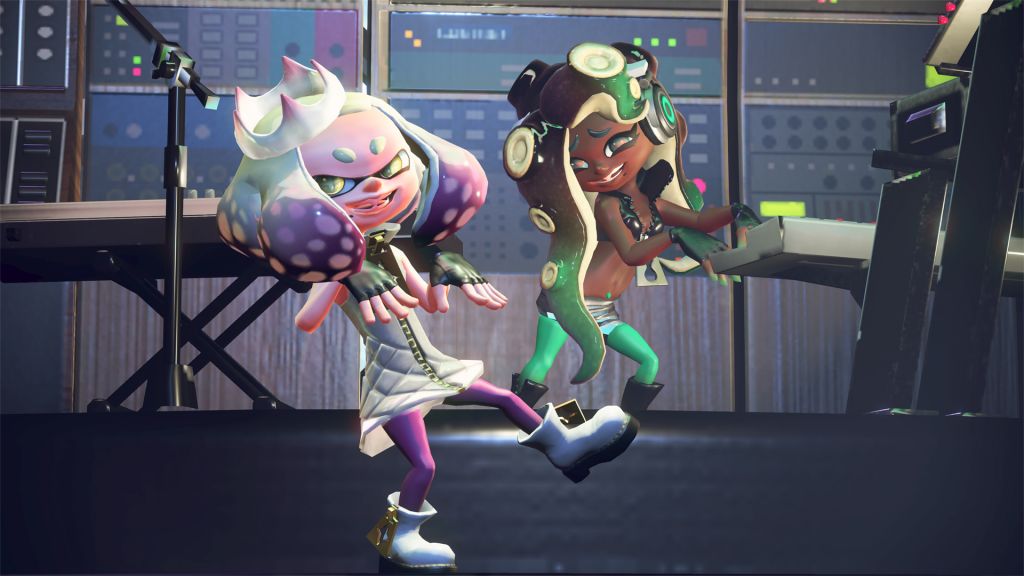 How good is Splatoon 2, really?

Few will oppose Splatoon 2’s status as yet another top-notch title from Nintendo. Featuring all of the addictive ink splattering action of its predecessor, along with improvements and additional features, Splatoon 2 offers a wealth of joy in both offline and online formats. However, despite its plethora of positive points, the colorful shoot ’em up is far from perfect, and sadly hides some frustrating tidbits of irritation under its vibrant exterior. As tempting as it may be to hurl well-deserved praise at Splatoon 2, let’s instead take a look at the various flaws that prevent it from being the showstopper it could have been.

Not everyone is a team player.

The most frustrating issue of Splatoon 2 is one inflicted upon you by other players. Nothing is more angering than scoring one thousand or more points in an online battle, only to find that your team has lost due to one (or more) players scoring zero. As anybody who has partaken in one of Splatoon 2’s online showdowns of splattery (um, also known as an online battle) knows, to score even a singular point is an effortless matter, as it requires that you simply cover a millimeter of ground in your team’s ink color. Accomplishing this is nothing more than a matter of firing your weapon once, meaning that via the singular press of a button, anybody can begin scoring points, including a first-time player.

Whilst certain players meet this almost impossibly low bar for failure due to internet disconnection (which Splatoon 2 rightfully enforces a mild level of punishment on via a temporary ban), certain players intentionally refuse to co-operate with their team, and score zero points despite baring a functioning internet connection. For these players, I would personally not be opposed to their Nintendo Switch console melting in front of their eyes, as a voice blares out of it declaring menacingly “You are the worst kind of person, how do you sleep at night?”. Whilst this may be an overreaction, in seriousness, Splatoon 2 should impose harsh penalties to those who deliberately offer little to no assistance to their team during online matches, as a singular player’s participation will often be the deciding factor between your team’s victory or defeat.

Splatoon 2 offers a bundle of shopping and record keeping orientated mechanics, so strap in tight for an overly long rundown of just a few of them: Clothes can be purchased, and will level up and unlock randomly assigned abilities as you wear them. These abilities can be reset (if you have enough money), granting you ability chunks. Said ability chunks can then be applied to other clothing items, allowing you to gradually (and expensively) customize each and every ability on each and every item of clothing. Weapons, on the other hand, do not earn abilities, but instead, earn a freshness rating. This increases as you win online battles, and decreases as you lose online battles. A higher freshness rating for your weapon can equal higher earnings in character experience points. What are character experience points? Put simply, your character will level up via a system of experience points as you win battles. Upon reaching level ten, you can partake in ranked battles. As you win and lose ranked battles, you will either progress up or down, in class (ranging from C- to S+). Should you reach rank B- in ranked battles, league battles shall be opened up to you, which allow you to partake in ranked battles on a team with your friends.

Does that sound confusing? That’s because, at times, it is. However, Splatoon 2’s error isn’t that it’s overly stuffed with all manner of mechanics that repeatedly take records of each and every gameplay decision you make. Rather, the issue in question is that Splatoon 2 grants you no control in managing your inventory or gameplay statistics. You cannot sell your clothing, you cannot reset your weapon freshness rating, and you cannot erase your completion time of single-player missions. In short, Splatoon 2’s handling on the subject of record keeping is messy and offers little to no control to the player.

Have I done this before?

Whilst Splatoon 2 provides some new content, it is simply not enough, and a feeling of déjà vu for players of its predecessor, Splatoon, will persist. With only minute alterations to Splatoon’s visual interface, weapons, and even single player campaign, Splatoon 2 is more of the same. This isn’t necessarily a bad thing, given that the original Wii U game was so excellent, but the desire for more bold alterations will potentially remain for veterans of Splatoon. The fear that Splatoon as a franchise will continue in this style (making only minor alterations and additions between each and every entry, much like the Call Of Duty and Fifa franchises, without ever implementing significant and exciting changes), is a real one. As much fun as Splatoon 2 may have to offer, Splatoon 3 (however far away it may be) must be more daring in its additions and alterations to Splatoon 2’s formula in order to remain relevant and continue to meet the franchise’s high bar for quality.

As previously mentioned, Splatoon 2 offers a wealth of joy in both offline and online formats. As tremendous as it may be, however, it is far from a perfect game and suffers from various flaws ranging from minor to moderate. As enjoyable as it may be to heap praise upon Splatoon 2, we must step back and be more harshly critical to fully develop an unbiased view of its true quality.

When all is said and done, however, despite its missteps, it’s a blast.