2015’s Pillars of Eternity was, for long time fans of old CRPG titles, a total return to form, and in many ways was the Baldur’s Gate 3 that we never got. Obsidian proved that their time away from the genre hadn’t dulled their mastery of it and created one of the best RPGs ever made. Now after three years, two expansion packs, the also impressive Tyranny, and one very successful Fig campaign the team are returning to the world of Eora, specifically the pirate-infested waters of the Deadfire archipelago. Have they managed to strike gold twice, or is this just a waterlogged waste of time?

The plot picks up shortly after the first game’s end. You, the Legendary Watcher with the ability to read and interact with souls, are immediately killed when the giant statue under your castle comes to life thanks to the god Eothas. Most of your soul is absorbed into the living God, only leaving enough for the other gods to resurrect you and send you on your way to find out why Eothas is tearing across the land. Your search takes you to the Deadfire islands and from there its up to you to decide who to work with and how to deal with an unstoppable god and reclaim the rest of your soul, never mind getting the other gods off your back.

Once again Obsidian have done a better job of creating the world and situation then actually carrying through with it.  While the plot is much easier to follow then the first game’s often confusing and uninteresting chase, it also does a poor job of creating any urgency. Eothas is absolutely destroying the Deadfire region, but except for one joke no one seems to mind if you take a few in-game months to even start looking for him. When it does kick in there are some great moments showcasing Obsidian’s writing abilities, but often the main plot just fails to grab hold and it can sometimes feel like you’re only returning to it because you’ve run out of other things to do.

Pirates or no, you’ll still be delving into dungeons and dealing with dragons.

That said the writing here is still pretty excellent, it just shows up more in many of the sidequests. Like Fallout New Vegas or Tyranny you’ll spend most of your time playing politics between different factions all with their own goals and often sub-factions to deal with. There’s the native Huana that want the islands to prosper with or without foreign influence, the Royal Deadfire company that seek to exploit the islands for their resources, the Valian Trading Company that sees the scientific merits of the region, and the pirates that don’t care what happens as long as they get their loot. You’ll have the option to work with or against all of these, freelancing at the start but eventually you’ll need to settle on who you think has the rights to the islands.

Even outside of the different factions there’s a lot to do in the Deadfire. Almost every island you visit has it’s own story, as well as every companion will have their own questline and there are dozens of encounters to get drawn into as well. Once again the game is all about choice and outcome and there are parts of the game that can play out very differently based on how you choose to tackle them. While a completely non-lethal playthrough is impossible there are a lot of areas that can be handled with minimal violence and in many cases playing the diplomat can be just as rewarding as swinging an axe at everyone’s heads.

Combat itself has received a massive overhaul from the first game and there’s no other way to put this: it’s the best new idea in the history of CRPGs. Most abilities now operate on a per-encounter basis, rather than per-rest like every game before it. That might seem like a minor thing but this helps the gameplay flow immensely, and makes some classes so much more viable. Magic classes in particular are now the best in the game, the balance being they can only cast each spell level 1-2 times, but this also means you don’t need to rest after every fight to use some of the better spells. This does absolute wonders for balancing too, and despite the party cap being reduced to only 5 it never feels like a drag because all of the classes are constantly ready for a fight.

You’ll occasionally need to deal with pirates and raiders on their own turf.

Outside of how abilities work gameplay is mostly unchanged on the ground. You’ll move your party around in real time, and slam the space bar like a mad person during combat to issue orders. There’s occasional sections of text-based adventuring to present situations the engine would never be able to handle and these are where skill checks are most likely to pop up. It’s all very familiar stuff for long time veterans, and anyone should be able to jump in no problem.

The second major change is how you move about the world. You no longer click a point on a map and watch a loading screen count down, rather you now have full freedom of movement, which encourages exploration and makes the map feel much more open. Most importantly you’ll also spend much of your time sailing the seas on a variety of ships, which can be outfitted and crewed as you see fit. While sailing is fine it does present what is by far the worst aspect of the game: the naval combat. Rather then a real time experience like Assassin’s Creed Black Flag or Sid Meier’s Pirates! the naval combat of Pillars 2 uses a text-based interface and plays out in turns. This is just horrible, and is by far the worst naval combat in any game I’ve ever played, with no satisfying victories and often taking far longer then desired. Thankfully its mostly avoidable, but the few times it does come up are some of the game’s lowest points.

Luckily there’s not a whole lot else to complain about in Pillars 2. The game is incredibly stable, only suffering from slowdowns at rare moments, weirdly coming to a complete stop when summoning characters, but otherwise never crashing and keeping up a steady frame rate at all times. Graphically this is easily one of the best Unity engine games ever, as well as arguably the best looking isometric RPG ever. The level and world design is impeccable, and the new lighting engine is outstanding as it casts realistic and dynamic shadows over everything. Characters are well detailed, animations look amazing, and spell effects are totally magical. Overall the game is just a feast for the eyes.

Dealing with the gods will often lead you to. interesting and bizarre locations.

The audio is similarly decent throughout the experience. Nearly every line of dialogue is now voiced, and while some actors weren’t always able to keep their accents straight the majority do a good enough job. There’s a massive variety too, and the major characters are all very well acted, with your companions often being the standout performances. The soundtrack, composed by Obsidian mainstay Justin Bell, is nothing short of amazing. Every track is a knockout and some, like the tune used for inns, is sure to be a hit on any RPG track list for years to come.

Pillars 2 is yet another triumph for Obsidian, and improves on the original in almost every way. Once again the team have proved that they know not only how to improve on their own formula, but that their willing to take some of the best ideas from the rest of the RPG world as well and the result is one of the most engaging and entertaining RPGs in the entire genre. A massive success and one that shouldn’t be missed by anyone looking for a game to get totally lost in. 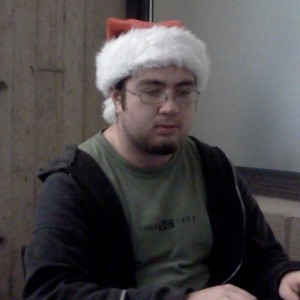 Games That Changed Our Lives: Persona 3

Triangle Strategy Sings a Song of Salt and Iron

Triangle Strategy is a gem for fans of old school turn-based tactical RPGs.…

‘Destiny 2: Warmind’ Review: A Ray of Hope for a Flawed Game