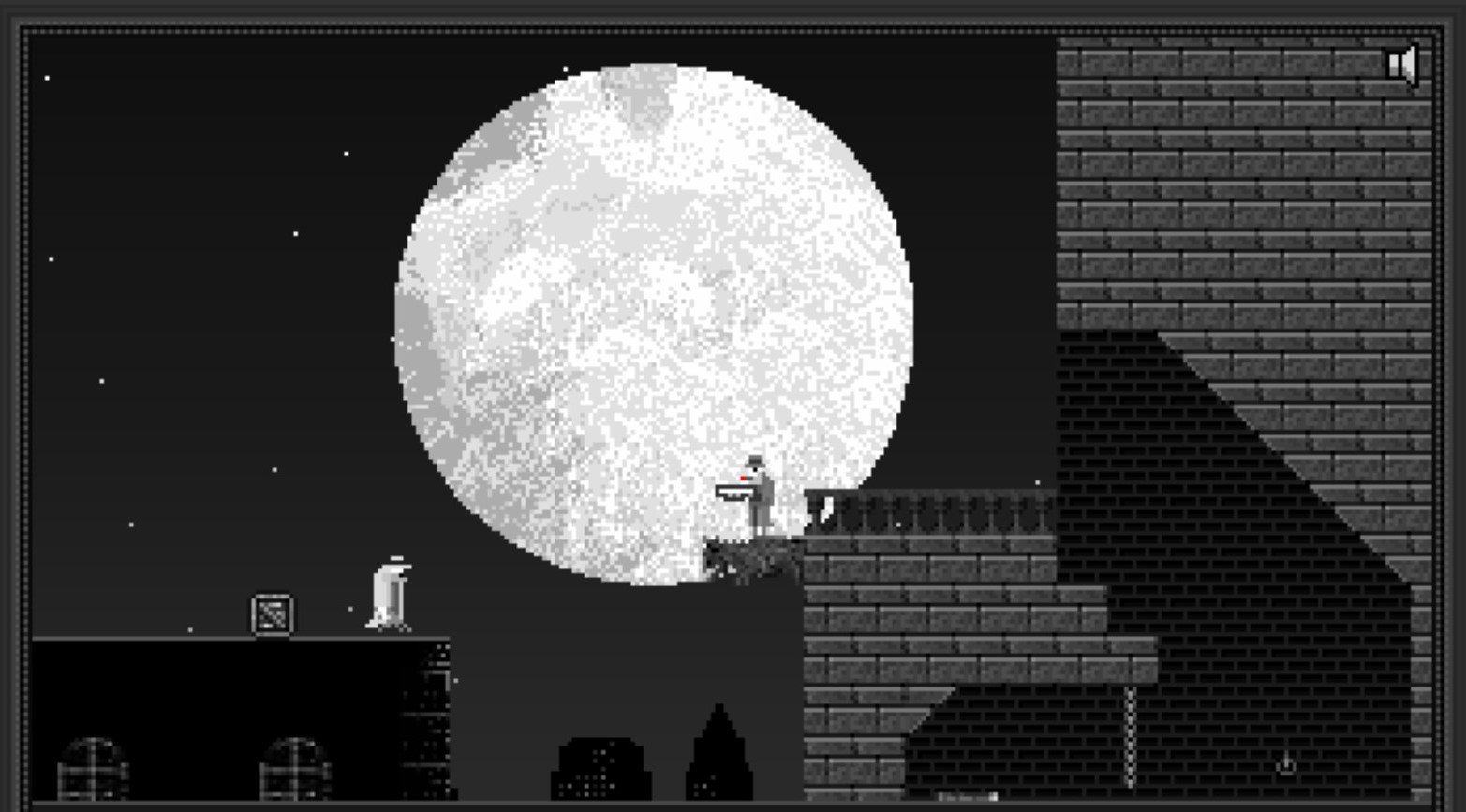 Rot Gut portrays a colourless city that has become a cesspool of illicit organisations. The only hope to quell the city’s crime lies in the hands of an agent with a penchant for vigilante justice. Developed by Shotgun Surgeon, Rot Gut is a 2D action-packed platformer set in the 1920’s Prohibition era. Amongst the unique blend of noir-style aesthetics and pixel art, you’ll be fighting your way through the city’s notorious underground mafia in this brief but entertaining experience. 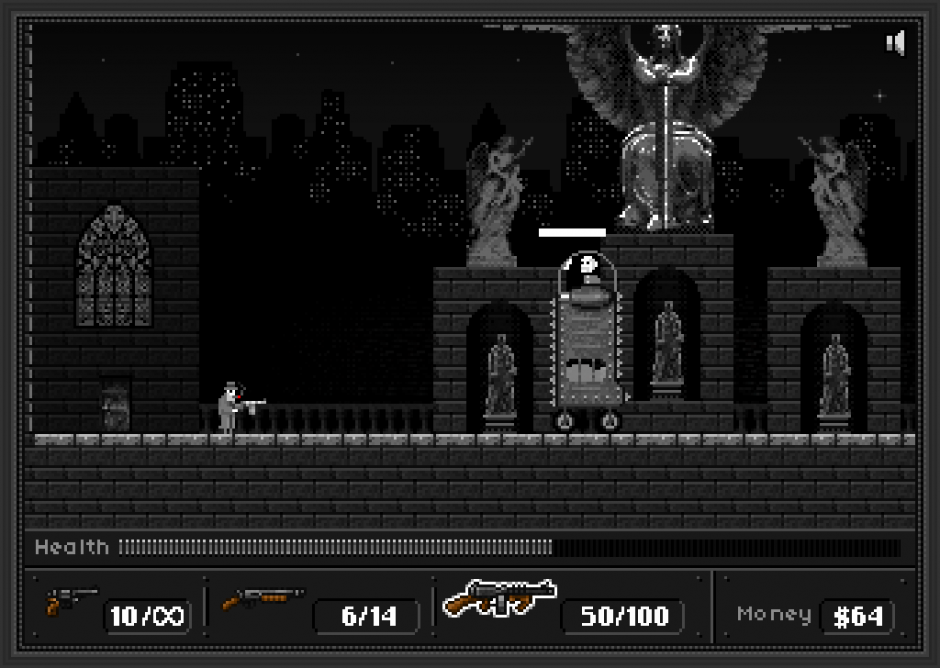 Rot Gut is highly stylistic with its approach that seemingly blends its noir themes into the sentiment of a 2D platformer. The 1920’s vibe of the game is achieved by utilising a black and white aesthetic with few colour variants, save for those applied to money, ammo drops, and the distinct red cherry of a lit cigarette in the protagonist’s mouth. Dialogue is absent completely, and the story reveals itself in a sequence of brief cutscenes instead. The opening scene of the game exhibits a man who has been mysteriously poisoned. Upon his death, his body is carted off by criminals. An agent who remains nameless is introduced who relentlessly pursues the assailants and thwarts them at every turn. Admittedly, the plot of the game isn’t the most riveting, but it’s straightforward and to the point. The forgettable narrative of Rot Gut is quickly forgiven by its enjoyable gameplay.

The gameplay mechanics are effortless to master. Instructions are cleverly inscribed onto billboards and signs in the beginning of the game. There are three main weapons you can freely cycle through: a pistol, shotgun, and tommy gun. These weapons feel authentic to utilise from the kickback of the shotgun to the rapid fire from the tommy gun. There are only two boss fights for players to conquer that, frankly, don’t hold much of a challenge. This can also be said about the difficulty of the entire game. Rot Gut is a little too easy to progress through, especially seeing how the game is a short one. There are six levels that can be completed in roughly 40 minutes, but despite its length, this game is still a stimulating affair. There are different types of enemies planted in each level to keep players on their toes, and players must plan attacks effectively. Each level in Rot Gut feels distinctly different despite being awash with the same colour scheme. 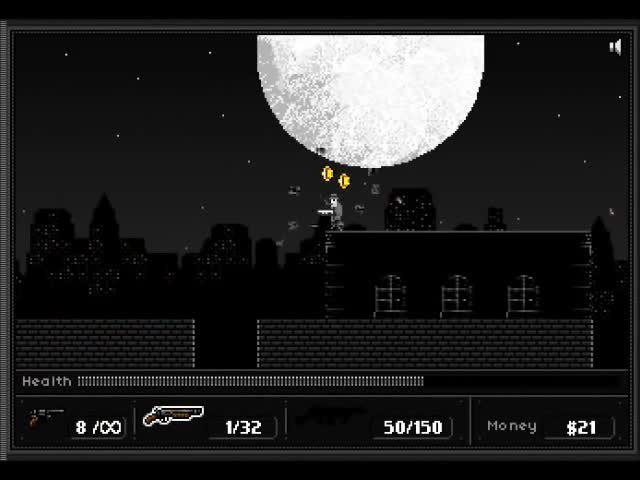 Rot Gut has a uniquely-composed soundtrack, not to mention some rich sound effects as well. Every detail of the game is amplified from the sound of empty shell casings hitting the floor to the booming of the gunfire. Quirky chiptune and 1920’s jazz-inspired music works well to further characterise each level.

Although short-lived, this does reflect the $1.99 USD price tag of the game on Steam. It would also be worth mentioning that Shotgun Surgeon have stated they will give 10% of the game’s proceeds to charity. Rot Gut is unique in tailoring a noir style to the nostalgia of the 2D platformer. It’s an enjoyable game that ticks all the right boxes.