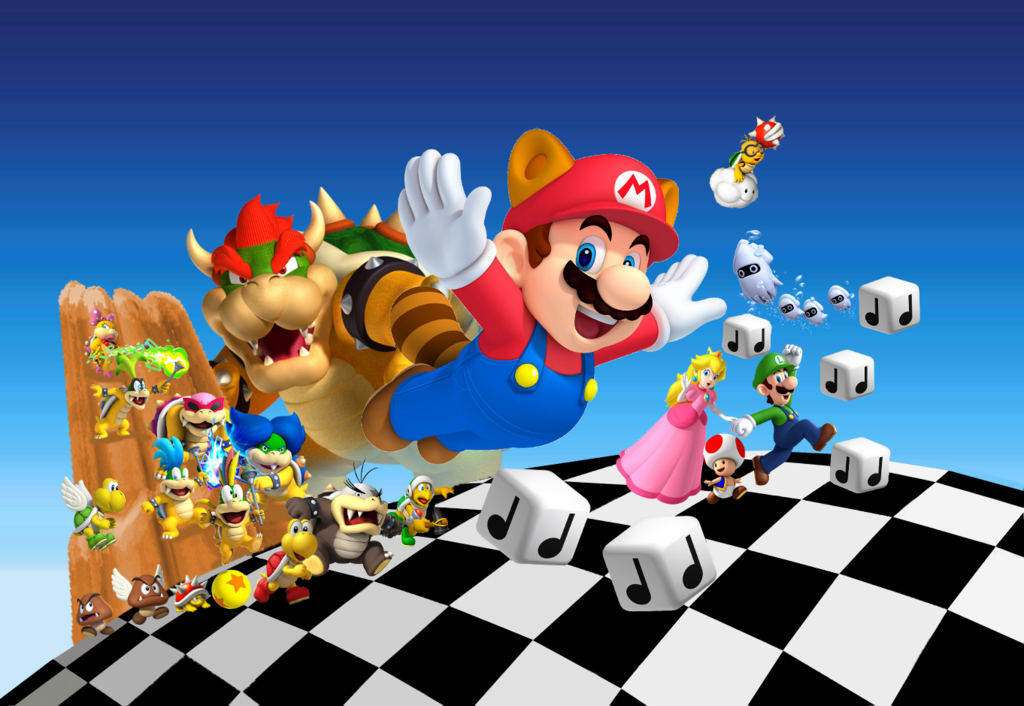 I was born in 1988, a handful of years after Nintendo set the failing video game industry ablaze with the Nintendo Entertainment System. My mother and father split soon after I was born and poverty set in, so I wouldn’t see one until 1991 while visiting my step-father’s family in Louisiana. On that fateful day, my much older cousins showed me Super Mario Bros./Duck Hunt with all the enthusiasm of a bored teenager. To them, it was just another diversion in their upper-middle-class suburban lives. I, however, could not take my eyes away.

That Christmas the very same NES showed up under my Christmas tree, along with the aforementioned Super Mario Bros./ Duck Hunt cartridge and whatever my parents could scrape from the bargain bin at the local record shop– namely Zelda II, Hydlide, and Castlevania II: Simon’s Quest. Quite a pack of winners, eh? To be perfectly honest, I didn’t waste much time on many of the others– my world was goombas, fireballs, scary castle music, and a seemingly untouchable princess. I’ll admit it took me about a year to complete Super Mario Bros., but it was my very first taste of victory.

No one wins at Duck Hunt.

In between, I had my fairly casual rendezvous with gaming. My grandparents gifted me a Game Boy (“The Brick”) and Super Mario Land for my sixth birthday. My parents denied me a Super Nintendo because “I already had a Nintendo,” and frankly, I wasn’t too broken up about it. My best friend got a Sega Genesis and I would stay over weekends at his place playing Sonic the Hedgehog & Knuckles, as well as some other bits and bobs from the era, but nothing compelled me like what was coming my way Christmas Day 1996.

Not sure how to react, I stared down the big black box under the bright red wrapping paper and turned it around and around in my hands. It was a Nintendo 64. I hadn’t asked for it– in fact, I still wanted a Super Nintendo– and I didn’t know much about it. Included was but one game: Super Mario 64. But Christmas is Christmas and I was intrigued. I ran downstairs, hooked it up like a professional (still using that RF adapter switch, babe!), wrapped my octopus tentacles awkwardly around the controller, and powered it on. My parents wouldn’t see me for another twelve hours.

It’s hard to explain exactly what changed that night. Sure, Super Mario 64 was epic like I’d never experienced before, and on an enormous scale. My friends had PlayStations for around a year now, and sure I’d played Crash Bandicoot but nothing about that spoke to me like the sheer ambition of Mario 64. Perhaps it was what I considered a cleaner aesthetic. Or maybe it was taking a familiar setting and cast of characters and bringing them in to a whole new dimension in ways that Sega had just over a month ago failed to do with Sonic 3D Blast. Of course, it could also have simply been that my own console ownership had a pretty decent gap in it. But no matter what it was, my life changed that night.

Running along parallel to this revelation was a growing sense of “other-ness” amongst myself and my peers. The older I got, the more estranged from my fellow classmates I became, and these new worlds were my solace. Following Super Mario 64 came Pilotwings 64, Turok, Bomberman 64, Killer Instinct, and Mario Kart 64. Compared to much of the fare being released on Sony’s PlayStation many of these titles seemed B-list by comparison, but there was just something that enthralled me. The unintentionally eery atmosphere of Turok, the cute yet sinister tone of Bomberman 64. It was all so weird and wonderful. Like me. I became obsessed with taking in every piece of interactive technology I possibly could, branching out to the PlayStation and Game Boy Color (I had to get Pokemon ASAP). It was a medium that spoke to me as none had done before. For the first time in my life, I felt in control and powerful.

Definitely worth mentioning during the 1996-1998 lineup were Banjo-Kazooie, which cemented my favor for 3-D platformers which still remain to this day, and Mystical Ninja Starring Goemon, which is undoubtedly one of my all-time favorite “weird” games. But those are stories for another time.

But the game that made me came about two years into the mythical console’s lifespan.

By this point, my only experience with The Legend of Zelda had been Zelda II: Link’s Adventure. Which, if you know anything about Zelda you’ll know that that’s definitely not the game that best represents the series as a whole. Still, to my knowledge, that’s what Zelda games were like. So when Link’s badass new 90’s redesign flashed across the pages of my Nintendo Power and Toys ‘R’ Us catalogue covers I was intrigued, but still not convinced. Mario 64 had shaken up the series in a satisfying and engaging way, but the difference is I already knew I liked the source material. With Zelda, well… It was a wild card. These were pre-internet days (well, I didn’t have the internet), and for some reason none of my friends had any other title in the series, so I had to stick to what I knew. And, just like with the Nintendo 64 itself, I passed on it. And, just like with the Nintendo 64 itself, it showed up under the tree that Christmas. It was even the rare gold cartridge, which I had no idea about what that meant at the time, but it sure did beckon to me once it was out of its packaging.

Ocarina of Time felt like an intensely personal experience and it spoke directly to me. The hardships of Link– stuck between the worlds of the Hylian and the Kokiri who raised him– echoed my own struggles to find an identity with my family, friends, and even myself. Each character felt alive and compelling. Saria’s saga moved me to tears, though the implications of her role were subtle. Princess Ruto was like a little sister, as well as a somewhat sexually confusing fish lady in general. Hell, I was even moved by the Gerudo’s convictions and plight. It was the first time for me that a game was not only a visceral but emotional, experience. But if you wanna talk visceral: watching day turn to night while roaming Hyrule Fields, spelunking in grottos and hunting Poes, was a stunning experience that had at that point no competition in my mind. It may not have been an open world, but it felt vibrant and full of possibility.

My first playthrough ran over 200 hours, easily. I bought guides, I bought action figures, I read scanlations of manga, and I made fan art for a series for the first time in my life. I was consumed.

But more importantly, people were coming to me! Granted, they were coming to me so they could peek at my guides, or so I could draw them pictures of Link fighting Ganon, or so I could help them figure out how to unlock the hidden dinosaur grotto (it doesn’t exist), but it didn’t matter! I had found a place for me. A position in society where my small contribution mattered. I was– and am– a gamer. And if my parents wouldn’t have gone out on a limb, shrugged and said, “Yeah they’ll probably like this” that fateful December 24th 1996 it’s possible I would be a completely different person. The games I played on my Nintendo 64, the same one still waiting under my television for the next playthrough of Conker’s Bad Fur Day or Jet Force Gemini, would shape the way I looked at and analyzed the world, would help me find a voice and a safe place to be me, and kickstarted a lifelong obsession with interactive entertainment that I don’t see ever dying off. It may have been considered by many to be underwhelming when put up next to its competition, or even a failure as a product, but it is undoubtedly the most important piece of technology to me of my lifetime.

Editor’s Note: This article was originally published on July 2m 2016.