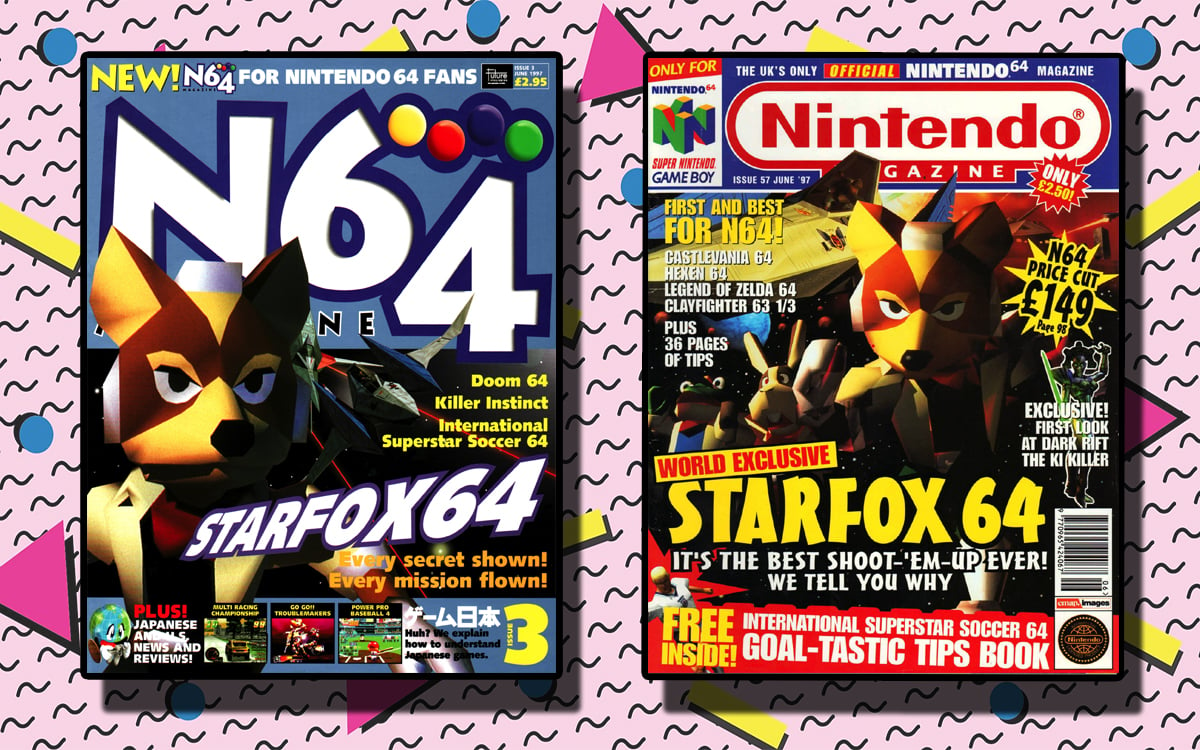 Who’s ready for some more price drop news? I legitimately cannot fathom how often the Nintendo 64 dropped its price, region after region, in 1996 and ’97. I’ve mentioned the reporting on it in every one of these articles so far, and it must’ve been exhausting for early adopters to keep seeing this happen. Granted, the UK version should never have released in March at £250 when the Japanese and US versions were retailing for about £120 and even Germany’s was only costing the equivalent of £155.

Spurred on not by some kind of philanthropic, consumer-focused compassion, Nintendo were instead under pressure thanks to the rocketing PlayStation sales post-drop to £130, slashing the N64 down to £150 exactly two months – and 75,000 sold units – after release day. N64 Magazine were suitably miffed, but not as much as some of their readers. “I’ve never been as upset or disgusted in my life … in fact, my N64 nearly got thrown out of the window,” said one. “I have a sense of humour, but I don’t think wasting £100 is very funny,” lamented another. The magazine spoke to UK N64 distributor, THE Games, who claimed that the console’s sales levels had currently overtaken the PlayStation as a result, so good for Nintendo, I guess!

Link Will Never Have DDs

But you try telling that to the magazines back in 1997. All the talk in this month’s previews of Zelda 64, as it was still known at this point, is of the ‘cartridge version’ appearing at the end of ’97, with the ‘64DD version’ arriving some time in 1998. I’m really going to enjoy following the fallout to the 64DD as it shatters all these dreams. N64 asks, “Will Zelda 64DD merely be a set of new levels or a completely new game? Will it somehow make use of the DD’s much-vaunted customizing features and … will you need to have the cart version to even play the game?” Spoiler – the answer is D. None of the above.

Screenshots from this time also reveal cut enemies – NOM has pics of what they describe as the ‘Red Blobby Things’ that will never make it into the game. From the shots here it’s clear that Link was basically nearing his final design, but it’s interesting to note that all the shots are of adult Link, although NOM refers to him as ‘Old Link’ – so I can’t tell if that means they’re referring to the Link that is older, or they’re just being jovial with Ol’ Link. Ol’ Linky Loo. Ol’ Rinky Dink. And so on. There’s no mention of the time travel mechanics (or an ocarina) at this early stage, so it’s as unclear as it is intriguing.

The other big preview of the month is future classic, Goldeneye 007. N64 mentions how the game is feeling nice and modern with the, ahem, ground-breaking feature of ‘Bond being able to fire his various weapons up [and] down.’ I hope you were sitting down for that mind-blowing concept! N64 has a few screenshots, but it claims that ‘Nintendo have revealed that the game has changed beyond compare,’ with a fresh look to be revealed at E3 later in the year. It looks pretty close to the final version as far as I can tell, so I can’t think Nintendo was doing anything other than being hyperbolic here.

In a break from all the news and reviews, it’s time for me to introduce a new feature I’ve decided to undertake to re-immerse myself further into the world of 1990’s Nintendo magazine fandom. Around this time, mags were always setting reader challenges and competitions, and NOM is the first one I’ve picked up on that front. They have some chump called the Scorelord, who sets three challenges for readers each month. Rather than just tell you how I got on, I’ve made a video showing my efforts, and we’ll both find out if I’m the king or not next time!

Fox… Stars in Both Magazines

The biggest game of the month, gracing both covers, is undoubtedly Star Fox 64 – still yet to be referred to as Lylat Wars in any capacity, leading me to think this was a severely last-minute adjustment in Europe. With its propensity for reviewing any and all import games as soon as possible, N64 Mag was the only one to actually give the game a rating this month (a whopping 94%), with NOM going for a preview instead, as they only reviewed UK/PAL releases fully.

It should be no shock that both publications were in hyperbolic agreement over, let’s be honest, the last truly good Star Fox game. ‘Why Star Fox 64 is the best shooter ever,’ reads the headline in NOM, while N64 Mag signs off their review by describing it as ‘a showcase of the N64’s powers, and probably the world’s best shoot ‘em up.’ Praising the game’s cinematic stylings (even the bits it clearly ripped off from elsewhere), it seems that the lukewarm reception to Star Wars: Shadows of the Empire worked massively in Star Fox’s favour. If you out-Star Wars an actual Star Wars game, you’ve clearly done pretty well.

What’s always so interesting about reading these reviews is, not only their partisan rhetoric towards Nintendo above all else, but how they double down on that premise by defending the N64’s shortcomings whenever an example comes along to debunk criticism or back up an argument. N64 Mag poses the question of whether ‘Nintendo’s wily designers created Star Fox 64 … to win the carts vs CDs war once and for all.’ They scoff at CDs’ ability to deliver interactive movies and pre-rendered video footage by claiming ‘interactive movies turned out to be rubbish and pre-rendered video tends to be more annoying than evocative.’

Relating back to the game at hand, the verdict here is that ‘Star Fox 64 is more cinematic than any game I’ve ever played before – CD-based or otherwise – and there isn’t a single pre-rendered pixel in it.’ In another piece of laughably inaccurate predicting, NOM believes that Star Fox 64 is ‘the most incredible shoot-‘em-up you’re ever likely to see on a console system, until the next installment that is.’ I swear I’ll never get tired of waving my hindsight around.

Another review of note this month is Killer Instinct Gold, which highlights the more forgiving NOM style vs the ruthlessness of N64 Mag. Despite both publications not being all that hot on the game, it scored a really respectable 84% in the former, even though one of the reviewers states, ‘I’ve never really got on with Killer Instinct [and] the N64 update has done nothing to change my mind,’ while the final verdict calls it ‘not an essential purchase.’ N64 Mag was true-to-form, lamenting that, ‘nestled on the shelves between the … all-out travesty FIFA 64 and the fair-to-middlin’ Shadows of the Empire, KI Gold can hardly be said to shine out,’ and tossing it a score of 62%.

Lastly this month, Miyamoto-san was on hand to deliver more bonkers soundbites to highlight his unique vision of the games industry, as NOM reported on his participation on a discussion panel called ‘Game Dreams’ at the Tokyo Game Show. Some of the choicest quotes include; ‘last year I was shocked by the success of the Tamagochi because I’d had a similar idea that was actually in development.’ Suuuuure you did, Shigsy.

Another nugget of the great man’s wisdom (and let me just point out here – I adore the man. I have a tattoo of part of his signature on my arm, so I’m just having some fun with being smart in hindsight) is his vision of the future of gaming. ‘I would like to come up with a new type of game that doesn’t require you to sit in front of the television set,’ he begins, assumedly deciding that the Game Boy somehow counts as being in front of a television. ‘In comic books, I can use different layouts on every page. If I could use a similar technique for making new types of videogames, it could lead to some very exciting projects’.

The comic book reference is a strange one. Couldn’t you say games like Super Mario 3D World have a ‘different layout’ on every level? The same could be said of Mario Galaxy too, so perhaps he’s done that already. The getting away from the TV idea has arguably cropped up now and again, to an extent, with Labo and Mario Kart Live: Home Circuit, but those both arrived over 20 years after this quote, so unless I’m missing something, he needs to keep trying? If I’ve forgotten anything, let me know in the comments, and I’ll see you next time in July 1997.