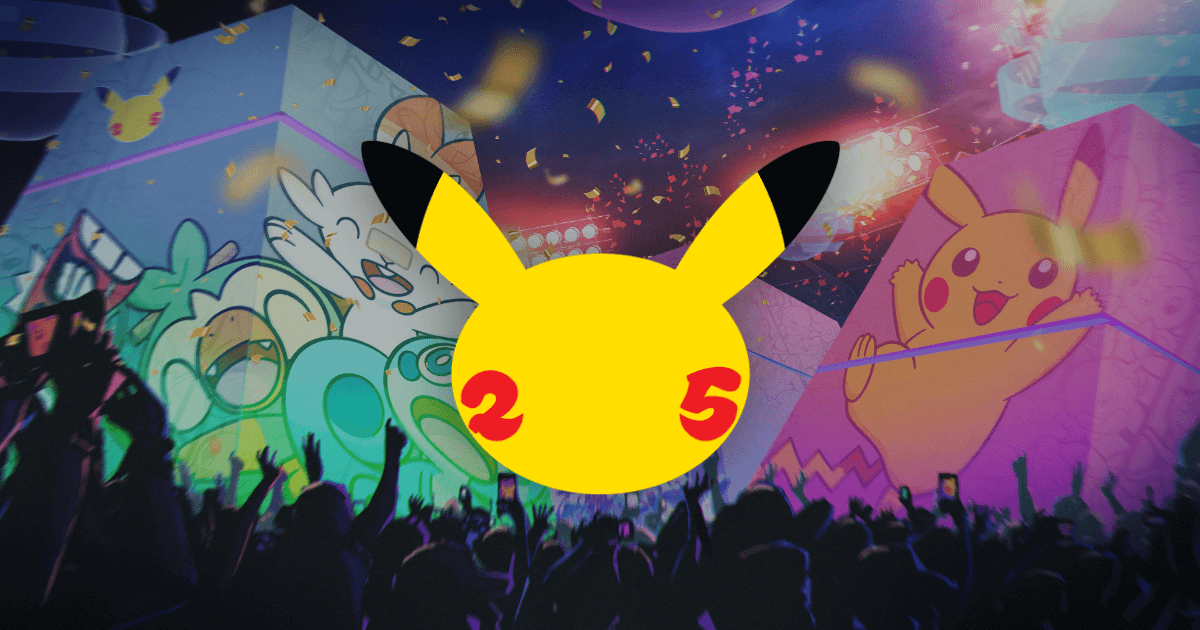 What to expect from the 25th Anniversary of Pokémon!

With the launch of the 25th-anniversary site, the announcement of an unexpected partnership with Katy Perry, and the revealed release date of New Pokémon Snap, it looks like the Poké ball is already rolling on Pokémon’s quadricentennial celebration. As any experienced Pokémon trainer knows, the fun is far from all announced, and February and the 27th specifically (the anniversary itself, also known as Pokémon Day) are sure to play host to a number of thrilling reveals and revelries in honor of the original release date of Pokémon Red and Green in Japan. Just what can fans expect from the franchise’s silver jubilee? A look back at 2020 and Pokémon’s 20th anniversary could hold the key Klefki.

The main attraction of the 20th anniversary, at least in terms of games, was the debut of the seventh generation with Sun and Moon. Five years later, it’s less likely that we’ll receive a new generation in celebration of a quarter-century of Pokémon since, at Game Freak’s current cadence, the ninth generation shouldn’t debut until at least 2022. However, with annualized releases since 2016 and this year being such a major milestone anniversary, Pokémon fans can certainly expect a main series entry. Following the completion of Sword and Shield’s Expansion Pass last year, taking the place of a traditional enhanced or sequel installment, one would expect the next core entry to be a remake. While not the only possibility, with 2021 doubling as the fifteenth anniversary of Diamond and Pearl, it is highly likely fans will finally receive the long-desired remakes of the fourth generation this Fall.

Sun and Moon weren’t the sole releases back in 2016. Pokken Tournament and the impossibly popular Pokémon Go also released the same year in March and July respectively. We already know that New Pokémon Snap drops on April 30, not too far from Pokken’s Wii U debut month. It stands to good reason, then, that Pokémon Unite, announced back in June, would debut in 2021, likely mirroring Pokémon Go’s original release sometime in July or perhaps August. The latter would be particularly fitting as Unite is Pokémon’s next attempt to dominate a major market, this time the MOBA scene, though the game certainly isn’t starting out on the right foot.

Pokémon Red, Blue, and Yellow were also re-released on the Nintendo 3DS in honor of the Pokémon’s 20th, so a re-release on the Switch isn’t out of the question, though there might be some hesitation on TPCi’s (The Pokémon Company International) part if they thought sales would interfere with those of Let’s Go, Pikachu! and Eevee! If the original entries do receive a Switch re-release, perhaps Pokémon Gold, Crystal, and Silver will also be made available simultaneously rather than the delayed re-release the titles got on 3DS, though, again, an in development Let’s Go sequel could easily be the end of this dream.

Outside of the introduction of the seventh generation, the biggest focus of the 20th-anniversary celebration was on mythical Pokémon, including the event distributions of eleven different mythicals. While a handful of mythical Pokémon are already available in Sword and Shield through one method or another, there are eight mythical Pokémon missing in the eighth generation, conspicuously including every single fourth-gen mythical. Pair that with the eight mythical Pokémon with no legitimate avenue to acquire their shiny form (with more on top of that for Western players) and there’s more than enough reason to host another year of mythical distributions. While the existence of Pokémon Go might mean the end of shiny mythical distributions, as they undoubtedly drive raid pass sales when a mythical Pokémon is available as a shiny, any player who missed out on the 20th-anniversary distributions is sure to want to add some otherwise unobtainable Pokémon to their collection.

Similar to last year, it’s a definite possibility a new mythical Pokémon will be revealed on Pokémon Day prior to its distribution later in the year, as was the case with Zarude. Prior to Zarude, mythical Pokémon were typically being revealed in April before their eventual release in October, but it makes sense to keep these reveals as part of the Pokémon Day celebration. While the addition of a new mythical Pokémon might seem like a lot amidst a year of other distributions, this was exactly the case with the reveal and release of Magearna in 2016 independently from the 20th anniversary distributions, and that on top of several other, non-mythical event distributions throughout the year.

The advent of the eighth generation brought with it the addition of event raids, adding a new avenue for players to acquire rare Pokémon. The Pokémon Day event raid last year featured all three Kanto starters, potentially with their hidden abilities when caught, as well as an uncatchable Mewtwo that showered those tenacious enough to take down the Genetic Pokémon with rare rewards. 2021 will have a Pokémon Day event raid den as well, that’s all but certain, but the real questions are what Pokémon will be featured and if players can expect more than one-anniversary raid.

While the focus of the 20th anniversary was on mythical Pokémon, the 25th anniversary seems to be oriented around players reliving their journeys throughout each of the regions, with particular emphasis being placed on the twenty-four traditional starters along with Pikachu, for an appropriate total of twenty-five Pokémon. Consequently, the eight generations of starters could possibly be the focus of the event raids, like their Kanto counterparts back in 2020, meaning the potential Sword and Shield debut of the second, fourth, fifth, and sixth generation starters, though there is a curious question about when the raid or raids would take place. According to the 25th-anniversary site, each month will be dedicated to revisiting a different region of the Pokémon world, beginning with Galar in March. Presumably, as part of this celebration, each month a different generation is receiving a special “First Partner Pack” of trading cards featuring three jumbo-sized reprints of its starter Pokémon from their debut set beginning again with the Galar starters in March and then working backwards. While far from certain, this could be the exact schedule of a planned series of celebratory raids over the course of the year featuring each respective region’s starters month to month.

If true, the final raid would occur in October, ending with Kanto, just in time for the presumable release of the next Pokémon game in November. This would carry with it the added benefit of ensuring repeated content (the Kanto starters appearing in raids) would occur last, making way for Pokémon not yet featured in raids or in the game at all, sure to please fans burnt out on Kanto content. Raids like these would be a substantial way of celebrating the anniversary in-game, notably increasing the Pokédex by nine Pokémon every other month for a total of thirty-six additional Pokémon, while highlighting each independent region by allowing players to catch some of the most popular Pokémon from that region and the series as a whole. Even just a select number of starters available in raids would make for a memorable celebration, though anything shy of that runs the risk of seeming uneventful.

Beyond the main series games, the celebration is sure to include the other pillars of Pokémon as well. We already know that the trading card game (TCG) is receiving its special “Shining Fates” set in February to celebrate the series anniversary and will probably receive a TCG anniversary set as well, not unlike the Generations and Evolutions sets respectively from 2016. Likewise, Pokémon Go is celebrating with a special event called Pokémon Go Tour: Kanto, scheduled for February 20, which Niantic has been building up toward for the last several weeks. Any other ongoing spinoffs are likely to get in on the fun as well, including Pokémon Cafe Mix and Pokémon Masters EX. We may also see another Pokémon of the Year contest, though it may look different or not include certain Pokémon so that a certain ninja frog doesn’t hop away with the victory again.

What will the 25th anniversary of Pokémon actually bring? The wait won’t belong as TPCi almost certainly has a Pokémon Presents or Pokémon Direct presentation planned on or around Pokémon Day, 2021. Until then, here’s to hoping for the very best year of Pokémon like no year ever was.