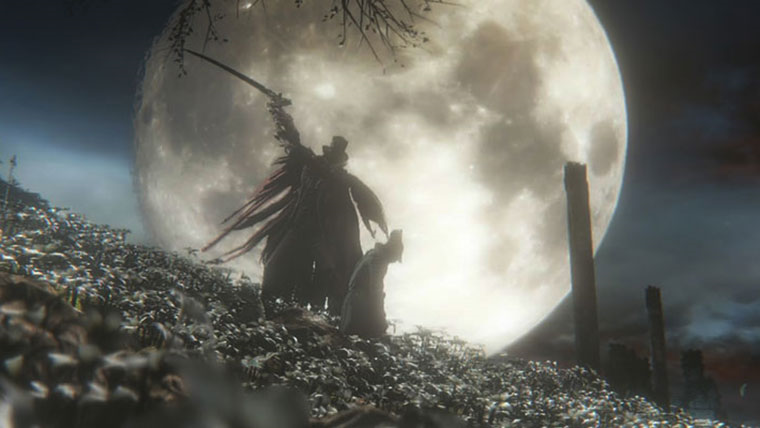 When it comes to the notion of difficulty, few games carry the notorious reputation associated with From Software’s Souls series, and it’s spiritual successor, Bloodborne. As the latter is easily one of the most challenging experiences of this current generation, it’s no surprise that the journey to a platinum, with all trophies accounted for, is no mean feat.

For one thing, this process involves tracking down and killing all of the bosses in the game. In total, there are 17 bosses to be accounted for in this process, each with their own individual trophy, and many of them are well hidden in areas you might never even end up exploring without finding a helpful message left by a fellow player, or doing a bit of research online. Compounding this challenge is the insane size and power of some of these foes, particularly the Blood-Starved Beast, Ebrietas, and Amygdala, the latter two of which are particularly daunting. A mere 7 of the total boss roster are required to beat the main game, so many players will find themselves cruising right past these encounters, forcing them to do a New Game + or two in order to nail them all.

With that in mind, though, the New Game + system is something which will have to be utilized by every player hoping to snag all the trophies anyway. For one thing, there are three endings, and one of them requires you to collect 4 missable items known as One Third Umbilical Cords throughout your game and consume them all before the final battle (Ewww wwwww). Also, after beating the game, the New Game + automatically kicks in without a beat or warning, so unless you created a backup save on the PS Plus network, you’re in for at least 2 playthroughs at the very least. Aside from this there are many well-hidden items that must be collected in order to achieve the Hunter’s Essence (all weapons), and Hunter’s Craft (all relics) trophies, some of which can only be found by journeying to insanely obscure locations, places that are only accessible by say, trying to walk off of a moving elevator, jumping off of a soaringly high platform into a pitch black abyss below, or even smashing through obstacles that appear to be no more than simple set dressing.

The final, and certainly the most demanding, task entails the completion of several Chalice Dungeons, optional underground labyrinths which are randomly generated by the player. The fact that there is no clear rhyme or reason to the majority of the possible designs makes these areas very time consuming, and not knowing which ones have to be completed specifically, in which order they will be available, or where precisely to farm the items required to open them, makes this by far the most tedious of all the side quests. Unfortunately, it’s the only way to achieve the Golden boss trophy awarded for defeating Yharnam, the bloody specter of a fallen monarch who lurks in the final Chalice Dungeon.

That these areas contain several further optional bosses completely separate from the main game, many of which trump even the tougher bosses mentioned above, makes this by far the part most likely element to defeat your average player’s resolve. Oh, and summoning in these areas is pretty much impossible unless you communicate directly with someone for help, so, have fun with conquering all of these areas and encounters without an ounce of assistance. Just remember, when you find yourself winding up to throw your controller, it’s probably time for a break.

All in all, my journey to achieve all of these tasks consumed roughly 115 hours of my life (I know, I know) but I wouldn’t have had it any other way. And with the newly released Dark Souls III gamers like myself who are eager for a challenge of the highest order have plenty of means to torture themselves further.