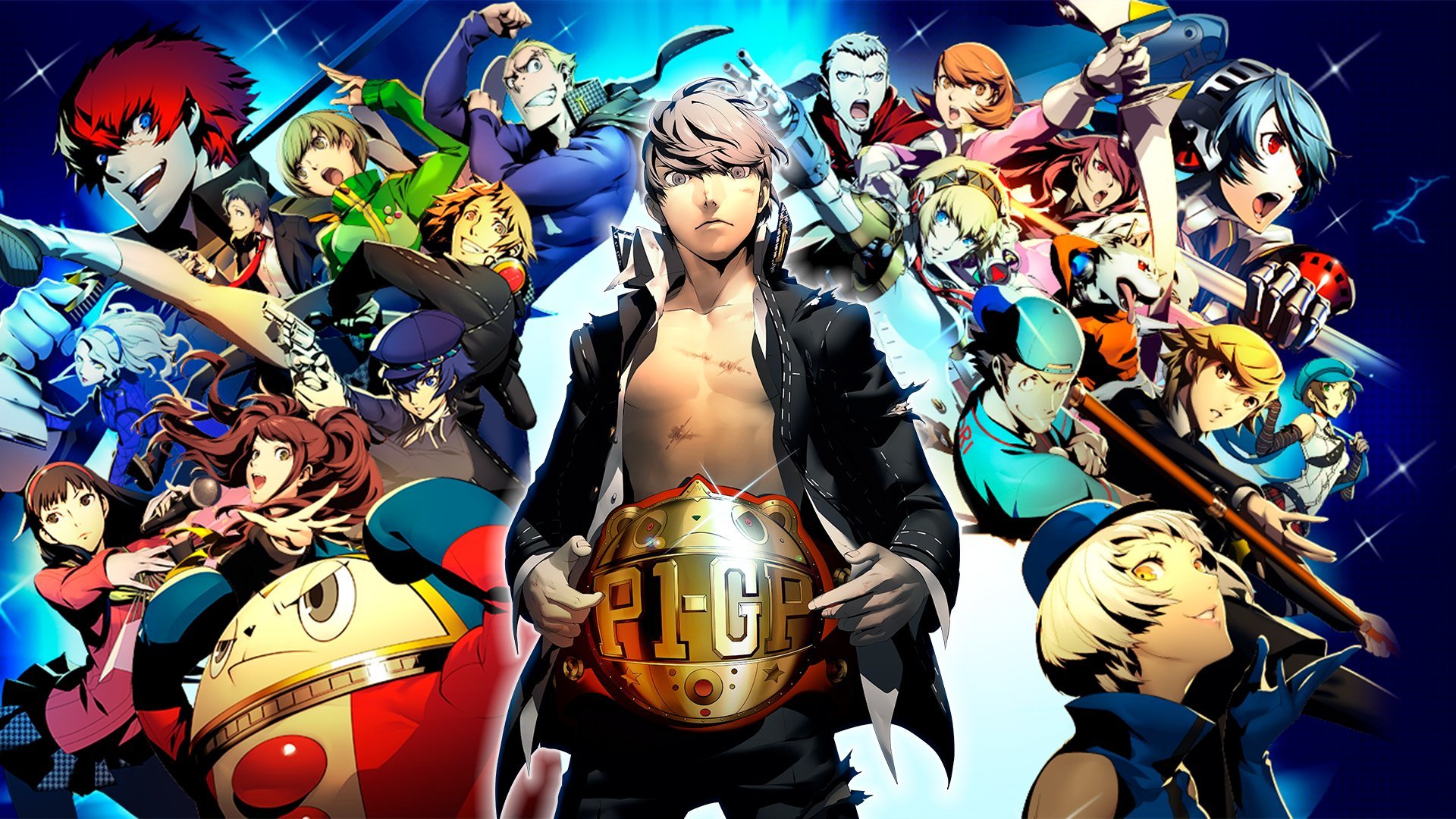 As Persona 4 Arena Ultimax jumps back into the ring nearly a decade after its release, fans of the Persona franchise and Arc System Works’ fighting games will have to help Atlus’s co-developed fighting spinoff slam down with all of its true might–and that’s not because this spinoff is a kick in the face towards either company’s legacy. From the brilliant artistic visions of two game makers known for their high-quality visual styles, engaging mechanics, and overall product visions, the follow-up to Persona 4 Arena has aged like a champion’s belt. Arena Ultimax has been granted a second chance at competing with the best, and now it’s time for the fans to fight for its placement outside of its niche community and into a larger world as a worthwhile single-player visual novel and multiplayer fighting game.

Persona 4 Arena Ultimax is still one of Persona’s oddest endeavors into territories outside the role-playing genre it continually elevates. In a way, Arena Ultimax is a brilliant two-way door into the strengths of its creative partners. For those who have never played the Investigation Team’s second swing into their fight club, the modern rerelease comes with (literally) a lot to say and a lot to play.

Persona 4 Arena Ultimax is a refined iteration of Persona 4 Arena and technically a sequel to that game, Persona 4 Golden, and Persona 3. The new rerelease for contains all of the DLC released after the original version’s post-launch phase, gameplay changes found in the arcade iteration, some minor user interface enhancements, and a few extra upgrades to accommodate for its blended genre approach. Every story, character, and music track is here, and now players can choose whether they would like to experience a full-blown visual novel, a formidable fighting game, or both. Half of Persona 4 Arena Ultimax is a fighting game and the other is a visual novel–and that’s no exaggeration.

With tons of “episode” chapters to explore, Persona 4 Arena Ultimax contains well over nine hours’ worth of story. Portrayed through a visual novel-like format, the game explores the adventures of Persona 4’s Investigation Team, a reflection of their past, and much more. There are barely any fights throughout the main story mode of Arena Ultimax; it is almost always straight text and cutscenes from beginning to end. Battles are occasionally sprinkled throughout the story but never huge chunks of gameplay worth highlighting.

Like 2021’s Persona 5 Strikers and the franchise’s many other spinoffs, Arena Ultimax tells a narrative that can be enjoyed by anyone new to the Persona series, however, it will certainly not have the same emotional weight or impact for players who have not experienced any of the tie in adventures that the characters come from. As to be expected by any Persona spinoff, even when the story may slide off course and stray from its focus, Arena Ultimax’s story thrives from its returning cast of loveable characters. It is always a pleasure to spend more time with Persona’s characters, and Arena Ultimax will be a rollercoaster for many fans.

Without spoilers, the story itself follows Persona 4’s Investigation Team and a handful of characters from Persona 3 as the collaborative effort once again enter the television world they previously found themselves in. The game aims to wrap up its loose ends left by the first Arena game while giving the characters Persona fans adore more time to interact and showcase their evolution. Overall the story is serviceable if at times a smidge convoluted. The narrative mostly focuses on Yu Narukami (the hero of Persona 4) and the rest of his friend group as they are united over yet another catastrophe. Every character previously featured in Persona 4 Arena gets their time to shine, and the latest version of Ultimax offers more stories to explore than ever before thanks to the included DLC expansions.

One of the game’s biggest problems in the single-player is the monologue text overlay. Rather than having the occasional monologues placed in legible text boxes, each character’s internal thoughts still sadly overlap the screen in a clunky matter. For the parts of the story that require players to read, it is disappointing to see how this style choice was not altered for the benefit of many players–even a simple increase in the blur over the background would have been enough. Additionally (at least in my experience with the Nintendo Switch version), some of the animated cutscenes now show some pixilated issues from being ported and upscaled. While neither technical problem ever breaks the game’s visual glory, it can be noticeable to many players and will hopefully be fixed by Atlus.

In terms of the story mode’s accessibility, one of the best additions to this rerelease is an auto-fight feature that can be found on the pause screen. Unintentionally, this feature provides yet another lead way for players more immersed in playing the game as a visual novel rather than a fighter. For Persona fans who are more interested in the game’s narrative and have a distaste for fighting games, there is no point in the story in which you are actually forced to participate in any of the battles.

The auto-fight is supposed to be used to slip by difficult battles without having to worry about not being able to finish the story because of skills. However, there is no reason not to use the feature to breeze past battles altogether! Likewise, anyone who is razor-tight on playing a fighting game and has little care for the Investigation Team’s story is given a variety of options to either skip or speed through text and cutscenes.

The Real Star of The Show

For Persona and fighting game fans most interested in Arena Ultimax’s core gameplay helmed by Arc System Works, the Guilty Gear creator never disappoints. While it may not be as in-depth as some of the developer’s other titles, Persona’s second fighting game carefully tackles the potential limits and reach of its audience. The game is littered with typical combo lists and intense moves to master it is also the type of fighter that inexperienced users can have a lot of fun with. There are plenty of simple button combinations to perform within movesets and advanced techniques to obliterate enemies with. Overall, Arena Ultimax has a good balance of the two that allows users on both ends of the experience spectrum to put up a fight–perhaps not as much as other fighters like Super Smash Bros. or Injustice but the point still stands.

In the vein of other Arc System Works titles, Persona 4 Arena Ultimax has a welcoming variety of modes to take a stand in. On top of over twenty characters to play as there are an admirable amount of different ways to play this fighter when approaching single-player and multiplayer. While the practice mode has plenty of tutorials to go hands-on with for anyone who wants to become a more competitive player, casual and ranked online matches offer plenty of opportunities to test your skills and conquer leaderboards. Arcade, ScoreAttack, and Versus Mode all cohesively fill the fighting game agenda of being high-score and casual alternatives to the human matchups that could drive players mad.

Where the gameplay of Persona 4 Arena Ultimax attempts to really bridge the work of Atlus and Arc System Works is undoubtedly within its “Golden Mode.” Mixing in the franchise’s recurring role-playing beats, Golden Mode has players clearing floors to level-up their character and keeping track of unlockables such as social links. While the additional mode may come off as superfluous to fighting game veterans, the strange breed is the closest Persona fans will get to an experience that properly blends the franchise into this genre.

Aside from gameplay that is not overwhelming for casuals and newcomers, Arena Ultimax’s stylization is by far its strong suit–the game has never looked and played better than ever before. Between the hand-drawn artwork and the admirable detailed sprite work for each playable character, there is so much to just lavish over in this spinoff. Atlus and Arc System Works is a dream team that could have never failed in the art department no matter what. The overall visual direction gives Arena Ultimax its own identity while keeping it in line with Persona 4’s distinct style. All of the game’s decisions to mix and match select visual styles never feel unnatural as it continually presents an atmosphere that is nostalgic, tense, and glorious.

A Cheated Fight? Perhaps Just a Little on Switch…

On the subject of a multiplatform release, Persona 4 Arena Ultimax has some minor (or perhaps glaring for some) drawbacks on Nintendo Switch that may affect whether or not players who seek a competitive atmosphere will want to pick up that particular version. The Switch version of the game sadly does not contain any form of a rollback netcode that the other releases have. As goes the usual with the majority of online games on this platform, my experience should not entirely reflect what yours could be but it should be noted that I did not have any issues playing Arena Ultimax online with randoms. Aside from some longer load times, I did not encounter any glaring technical issues.

Oddly enough, the Nintendo Switch version also lacks the same online lobby functionality that the PlayStation 4 and Steam versions of the game have. Rather than being able to run around an arcade as a small chibi sprite, the Switch release contains a simplified lobby screen–it’s almost as if Atlus had less hope for the game’s online functionality on Switch over the other platforms.

Ironically, playability is the biggest benefit Nintendo Switch players will receive for dealing with these issues. Naturally being on the platform, players can take Persona 4 Arena Ultimax wherever they want when they want. If there is any reason why you should buy Arena Ultimax on Switch it is because of that portable factor the other versions lack. Anyone who plans on playing the game on the go will be more than satisfied with what they are receiving; this is a perfect handheld iteration of the title. Arena Ultimax all-around runs buttery smooth in docked and handheld mode–and on a side note, the aforementioned upscaled cutscenes arguably look better when played on the Switch’s smaller screen.

Don’t Forget to Tune In This Time

From dancing in the night to chibi-esque dungeon crawling, Persona 4 Arena Ultimax stands the test of time as it brings Yu Narukami and his close friends to the fighting genre. Persona might be a series known for its role-playing triumphs, but there is no denying that the franchise’s side projects have flourished amongst their aim to incorporate the franchise’s leading elements into other genres. With some extra refinements and ten years under its belt, Arena Ultimax is still a highlight of its genre and a must-play for fans of Persona 4 Golden. Hopefully, Arena Ultimax will find a new audience as it jumps back into the modern ring of fighting games on consoles because it deserves a louder crowd this time around.