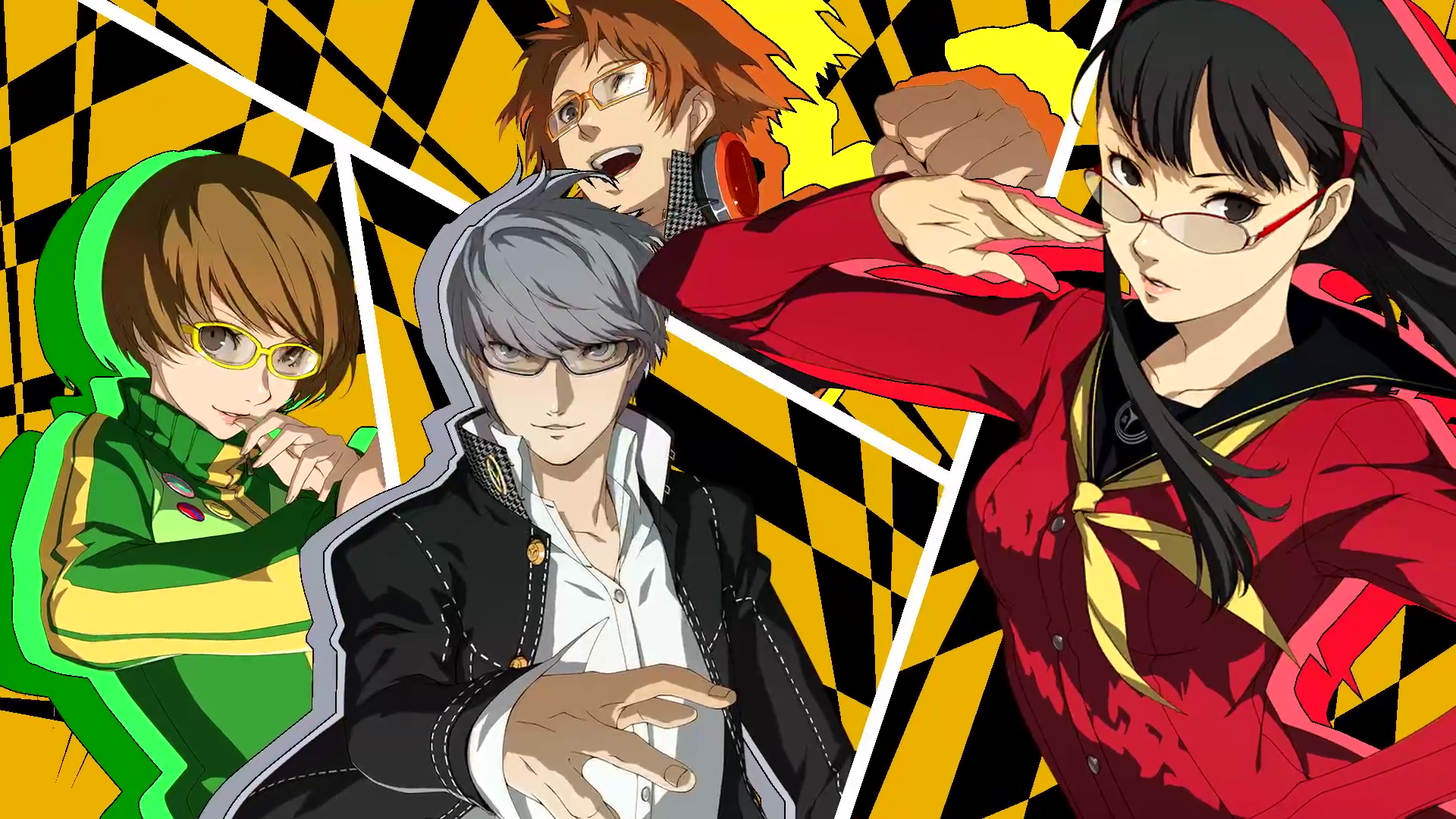 Following hot on the stylish heels of last year’s excellent, long-awaited Persona 5 Royal Switch port, Atlus has done the unthinkable: they’ve given Nintendo fans more of what they want. Persona 4 Golden has come to Switch, and with it, the Switch’s already-extraordinary JRPG library gets even better. This is about as simple of a port as they come, with no major changes or additions to the original experience–but with a title as beloved as Persona 4, this port doesn’t need to do anything more than that. Whether you dock your Switch to explore the TV world or explore Inaba in handheld mode, this Switch port lets Persona 4 Golden shine without compromise.

Persona 4 Golden first released on the PlayStation Vita in 2014 and was itself a remaster and expansion of the PlayStation 2 original, so it should be no surprise that the Switch hardware can handle the game. However, this is still an impressively competent port from both a technical and performance perspective. The game runs at a flawless framerate even in its busiest moments–and the somewhat frequent load times rarely last beyond a few seconds, minimizing any potential downtime. There are no major differences between hybrid and portable play: while portable mode may have slightly lower resolution than docked play, this reduction is hardly noticeable given the Switch’s smaller screen.

Although Persona 4 can show its age in some aspects of its visuals–don’t be surprised by any textures lacking detail–this port smoothes out many of the graphical rough edges from the Vita version. On Switch, the picture is consistently bright, sharp, and clear, blissfully free of the vaseline-like low-resolution graphics that so often plague major Switch ports (including Persona 5 Royal’s Switch conversion). Golden is far from a graphical stunner, even by the Switch’s standards–but as with the rest of the Persona series, it’s Golden’s sense of style that makes the game stand out visually–and that personality is brilliantly preserved without blemish in this port.

Of course, those technical details mean nothing if the game itself doesn’t hold up. Thankfully, it should be no surprise that Persona 4 Golden’s moment-to-moment gameplay feels as fresh as ever. Like other games in the series, Persona 4 splits its gameplay loop between life simulation, dungeon crawling, and upgrading your character and Personas. Distinct as they are, these elements play together into an addictively cohesive whole–and it all begins with the game’s story.

The setup remains as memorable as ever. As Persona 4 begins, players find themselves dropped quite literally in the middle of nowhere. Players take the role of a high school student who is sent to stay with his uncle and cousin in the small town of Inaba for one year while his parents work abroad. Coincidentally, shortly after his arrival, Inaba is rocked by a series of murders. These murders eventually become linked to the rumor of the Midnight Channel, a mysterious TV channel that appears at midnight on rainy evenings. While the protagonist attempts to settle into normal high school life, he and his friends discover the ability to enter another dimension through TV screens, and it is here that they discover the power of Personas–avatars of their inner selves. Armed with their Personas and interdimensional abilities, the protagonist and friends set out to use the Midnight Channel to solve the murders plaguing their town and hunt down the culprit.

While the game’s first few hours can feel like a drag with enormous amounts of exposition and setup, once it gets going about three hours into the campaign, the mystery becomes all-engrossing. The balance between worlds, and the impact of the Midnight Channel on the real world, become central questions, where characters in the real world can encounter new, unusual sides of themselves as soon as they enter the TV–with the mystery getting ever deeper with each passing moment.

Ultimately, these characters are exactly what makes Persona 4’s story so compelling. You’ll meet many close companions during your adventure, ranging from classmates to other Inaba residents. Each major character has a Social Link, a ranking indicating how close you are to that character, and each time you rank up your social link, you might receive certain bonuses like EXP increases and new abilities. While these bonuses are nice, most of the stories are their own reward: characters’ stories are truly genuine, getting into their hopes and fears without hesitating to venture into dark territory. The more characters you meet and more interactions you have, the more Inaba comes to life–and the story becomes that much more urgent.

Not all your time will be spent in deep conversation or dramatic story events, though. When exploring the TV world, players can discover vast dungeons–labyrinths that are mostly randomly generated, and filled with dangerous enemies called Shadows. Players can face these foes in turn-based combat using their Personas–the avatars of their inner selves, typically creatures inspired by world religion or mythology.

Combat uses the same formula that has since been a staple of the Persona franchise, in which hitting an enemy with their weakness (for example, using an Ice attack on an enemy with an Ice weakness) will topple that foe, granting you an additional turn to strike. This mechanic is perhaps deceptively simple; it’s easy to grasp, but in action, it can be used as a crucial component in elaborate strategies to turn the tide of battle in your favor. As your party gets larger, you gain new Personas, and you gain more advanced skills like buffs and debuffs, playing enemies’ weaknesses against them becomes a crucial part of advanced combos.

Perhaps the most crucial element of combat doesn’t even occur during battle itself. Throughout the adventure, you can visit an area called “The Velvet Room,” a place beyond dimensions in which you can upgrade and even fuse your Personas together. Fusing Personas is key to success here–different combinations of Personas will result in different kinds of powerful Personas, providing access to new moves and companions that might not be accessible through normal gameplay. Persona fusion adds an extra layer of strategy.

Having described all these pieces of the Persona 4 experience, the greatest benefit of the Switch version becomes apparent: the hybrid nature of the console perfectly complements the gameplay loop. Persona 4 Golden is a precious example of a game that is genuinely improved by being playable on the Switch. The game has numerous different moving parts, from Social Links to Persona fusion to TV world exploration. The game thrives in short bursts, a characteristic perfectly supported by the Switch’s pick-up-and-play nature: jump into the game for a few minutes of exploration, Persona fusing, or social links, and then it’s easy to jump out. There may not be any new content in the Switch version that wasn’t present in the original PS Vita release, but this hybrid gameplay is a feature in itself.

Persona 4 Golden’s gameplay holds up immaculately, but of course, no discussion of Persona would be complete without addressing the game’s sense of style. Everything about the game simply oozes its funky personality, from the harmonica melody in the opening movie to the bright yellow colors present all over the UI. The music in combat, exploration, and even in school classrooms is deliciously funky, featuring catchy vocal lines, jazzy synth rhythms, and upbeat horns. Yet the music can get serious at times as well, with somber pianos and strings accompanying the story’s more somber moments. Persona 4 evokes an unmistakable vibe that perfectly complements its setting and gameplay: airy, carefree, and colorful, triumphing even over any melancholic undertones.

Persona 4 Golden is a modern JRPG classic, and with this Switch port, it has found its perfect home. Free of any major technical compromises, this hybrid version lets the game’s infectious personality, addictive combat, and endearing characters shine through. Returning players will find a beloved title in all its glory on the TV and in handheld mode, while new players will find an excellent way to experience this seminal Persona title for the first time. There may not be any new bells or whistles added to this release, but with an experience this good, the solid port conversion is all it needs. Now that Persona 4 Golden has made its way to Switch, it makes history as an excellent addition to the platform’s roleplaying library.