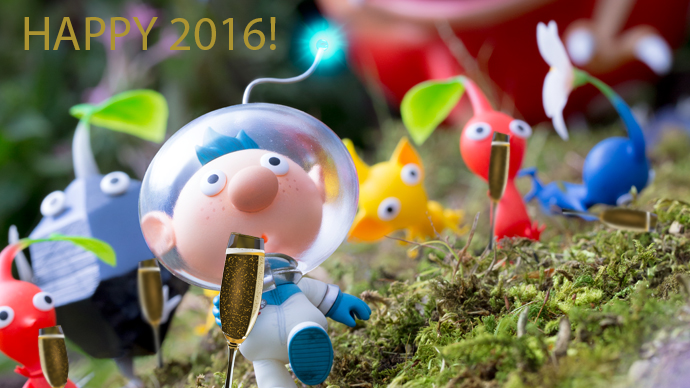 Yes, the beginning of a new year is essentially an arbitrary event created by humans and in no way is actually the beginning or end of anything cosmically significant, and yes, the logical part of my brain is aware that the only thing special about any promises made on that day to myself or anyone else is that the chance for eventual disappointment is higher. So what? Look “scientist”, not everything is in your book, and whether or not January 1st is just another day, marking the time is simply something people do. It’s good for us, helps us put things in perspective, take measure of where we are. Like when the music sounds in a Mario game you know that there’s only 100 seconds left, or how when my Xenoblade Chronicles X game clock reaches 100 hours I’m going to come to a realization that I need to make serious changes in my life. Regardless, the turn of the calendar represents a symbolic second chance, and with that in mind, here my New Year’s gaming resolutions: 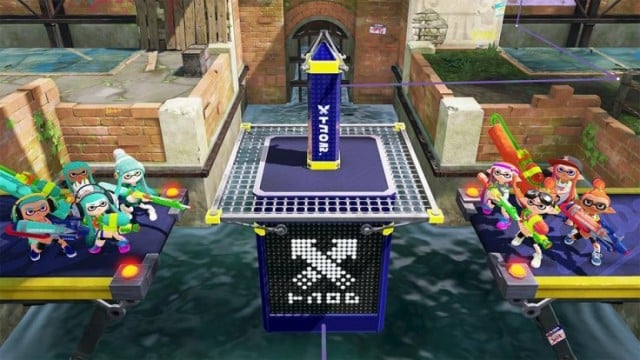 “Uh, how have you not done this already?” Hey man, I have no idea. While I admit that I mostly play Turf War and Splat Zones (and kick ass at both), and I’ve been on the right side of the Rainmaker, despite many, many, many attempts that are motivated purely by blind stubbornness now, I have yet to ride that wire-fence tower to freedom, not once.

Am I to blame? Is there something about my play style that doesn’t fit well with the objectives of Tower Control? Do I suck? No, that can’t be it… I’m pretty confident that there are two things probably at fault here, and none of them look like my Mii. First, I’m going to have to fall back on the most common excuse for losing anything in Splatoon, which is that I was great, as always, but my teams have simply blown it for me. I know how it sounds, but it must be true. There have been times when I was oh so close, only to watch support arrive and disappear in an inky explosion within seconds. Seriously, I was on a team once where in the end I had killed 14 of the opponents, and we still lost! 14! I really can’t do much more. My teammates whose stats resembled bagels, however, could have. Of course, it could always be the second factor: bad luck. The universe must not want me to emerge victorious at yet another video game, but the question is, why? Clearly there’s something bigger at stake here; it’s highly probable that for the good of all mankind, Splatoon must screw me over. I guess I can live with that. I guess…

Nope, I can’t. Sorry human civilization, but 2016 is the year I finally pull off this impossible feat that every other Splatoon player has already done. As long as my team doesn’t blow it.

I like saying Miiverse, but that doesn’t mean I know much about it, which I’d say is weird, but if you knew me you’d know that was a lie. Still, I don’t like that I’ve owned both a 3DS and Wii U since their release and haven’t really checked out one the  features available on it. Well, in 2016 that’s all going to change. I’m going to call out trolls in Super Mario Maker comments, post pictures I draw that stay just on the right side of decent so as to not get me banned, and play Affordable Space Adventures again just so I can see the ending, and what is to this day the best use of Miiverse in a game, period.

I’ll participate in polls (in fact, I dipped my toe in not too long ago to vote for the Top Fan Favorites of the year), and interact with a Nintendo community that, from what I can tell while lurking in various subreddits, is thriving quite nicely. I want to see what some of the muted fuss is about, and also make sure that I’m ready for whatever online plans Nintendo has in store for their next console, with the replacement for Club Nintendo, the unified account system, and what is sure to dominate the Earth in 2016, Miitomo. To understand I must infiltrate, observe the natives in their natural habitat, and learn their strange ways. It’s for science, you see.

So if you’d like to say hello, send a piece of Nintendo art that in no way resembles genitalia my way (the best of which I’ll try to post here on Goomba Stomp occasionally), or simply troll a nice guy, find me via my Nintendo Network ID:

Hopefully that’s the right thing. I don’t know. Anyway, see you on the Miiverse in 2016!

There are a lot of games in my backlog that I haven’t quite finished off yet, but the one that nags at me most is Pikmin 3. I don’t know what’s taking me so long with this. Well, I kinda do, but it’s really no good excuse. Or is it? Anyway, it’s been almost two years since I got Pikmin 3, and I’m not sure I’m even halfway through all the fruit collection, juice making, and (accidental) pikmin killing. Mind you, this is not because I don’t like the game- it’s a blast, and hands down one of the most fun titles on the system, feeling like the perfect combination of its prequels, making the best Pikmin game to date. So what’s the holdup? Lack of a coffee table.

Yes, you read that right, and those of you who are familiar with Pikmin 3‘s control options know exactly what I’m talking about. The optimal way to play is using a nunchuck for moving, a Wiimote for precision aiming when throwing pikmin to their probable demises, and the Wii U gamepad placed at a decent viewing angle to be used as a handy map. When everything is set up just right, the experience is exactly how Miyamoto envisioned it: a multi-tasking delight. Use any other method to play and there are awkward consequences, most of which also result in pikmin deaths, only those are unintentional. Sorry, little buddies.

Having recently moved, the space I play games in no longer makes sense to have a coffee table, and thus Pikmin 3 remains unfinished. You may think I’m being extremely finicky here, but I believe it’s a sign of my respect for this game that I refuse to compromise my full enjoyment just to power through and get to the end. It’s as simple as that. However, I consider this my greatest gaming issue to resolve at the moment, and so I guarantee something will be done before 2016 comes to a close. What, I’m not sure yet, but a trip to IKEA may be in order.

So that’s my list, and by this time next year I expect to be the perfect gamer, each betterment achieved with little fuss. After all, they’re New Year’s resolutions, and those always come true!