Guillermo del Toro’s mecha-monster masterpiece Pacific Rim released in 2013, which featured titanic ‘Jaegers’, piloted fighting-robots tasked with cancelling the apocalypse by defeating the monstrous Kaiju. The film solidified my burgeoning love of the mecha and giant-monster genres that continues to this day, in part fueled by games like Override: Mech City Brawl.

If you couldn’t tell from the name, Override is a 3D fighter filled with a cast of giant robots of various shapes and origins. Some are homages to classic series like Transformers or Godzilla. Others are of original designs, including a luchador, a retro NES-inspired mech, and a fighter seemingly inspired by a satyr. 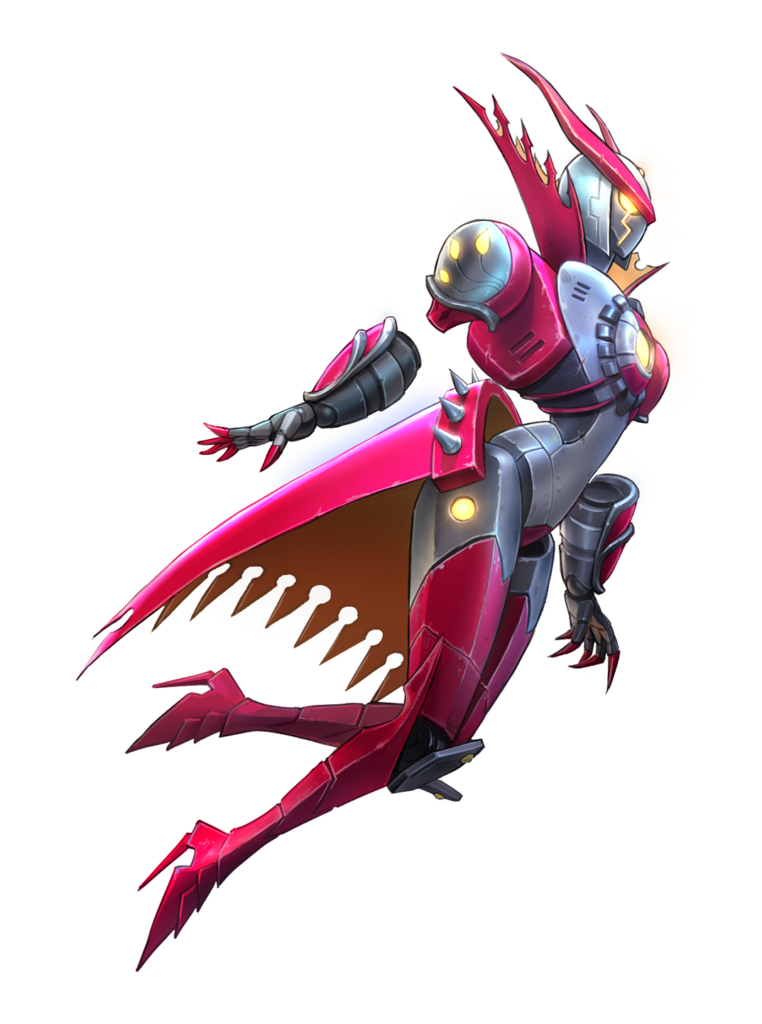 The gameplay is quite simple to get to a handle on. Aside from regular movement and camera controls assigned to the left and right analog stick, each shoulder button controls a different limb. A tap sends out a quick attack while a hold will charge a more powerful blow. Successive combat builds up a special meter; hold down the square button and press a shoulder button to release a special attack. Reach a certain health threshold and press both ‘kick’ buttons to release your ultimate attack. Block and press the same button as an incoming attack to successfully parry, knocking your opponent away and dealing big damage.

As with all fighters, each character plays slightly differently outside of sharing the core control scheme. They primarily differentiate through a variety of techniques and strategies enabled through special attacks. Vintage, the retro robot, can teleport to safety or into punching distance in a flash of light. Metageckon, a nod to the classic Mechagodzilla, can curl up into a ball and roll through multiple enemies. Setesh, a hefty Egyptian powerhouse, can cast up a defensive fire pyramid which then explodes, damaging surrounding combatants.

Suffice to say, the wide cast of characters offers a lot for the players to explore. Figuring out the specific strengths and weaknesses of each mech is part of the game’s charm.

Get in the Robot

The game has a decent single player mode absolutely inspired by Pacific Rim. A horde of titanic mutant creatures known as Xenotypes have burst out of the ground and are attacking cities all over the world. Choose your mech (and pilot, by extension) and play through a short, simple campaign that takes you across the globe and beyond to fight and crush the invaders while figuring out their origin. There are a few minor dialogue variations depending on which character you pick, but the set mission sequences play out the same each time.

Between set story events, you can choose from a number of missions that allow you to unlock bonuses for your mech, including weapons, perks, and stat buffs. It’s possible to fail missions, causing you to ‘waste’ that turn and not earn anything. This means failures stack up, particularly in the lead-up to the set-piece against the final boss. This could give the campaign an XCOM-like sense of tactics and knife-edge strategy. Unfortunately, the Xenotypes simply aren’t challenging enough to fully recreate the tension of that series. Even at its hardest setting, the difficulty leaves something to be desired. 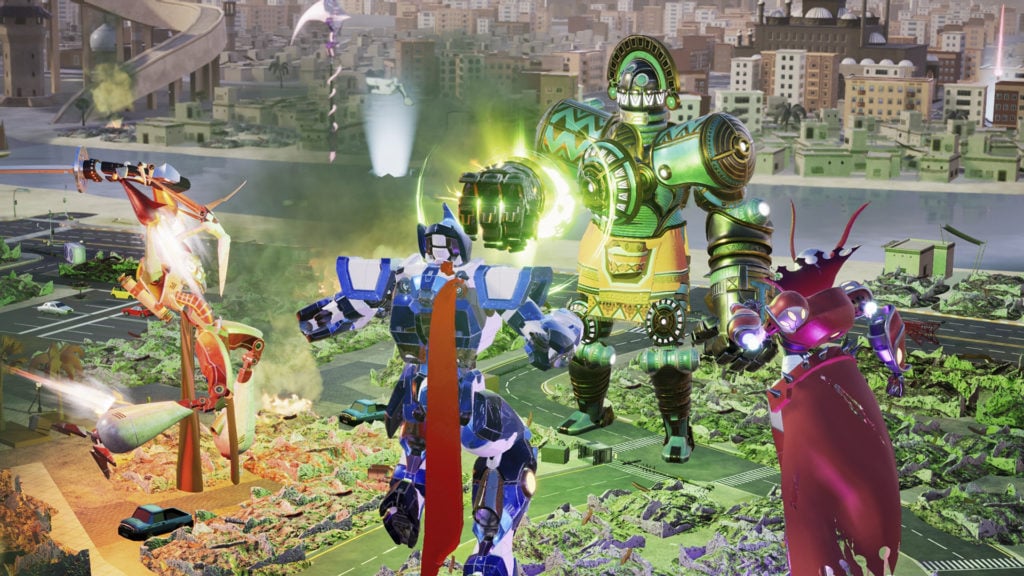 The real meat of Override comes from its multiplayer modes. Your standard local and online battles are there, but one of the more exotic modes involves giving players different aspects of the game to control. Multiple people end up controlling a different limb of the same mech, while others take over movement and the camera. This leads to some dumb, goofy, hilarious bullshit, and I highly recommend this mode for playing with a group of friends.

The main reason to keep playing the game outside of the experience itself is to unlock cosmetic skins, which unlock after every battle or story mission. Tastes may differ between players, but I personally found some of the higher-level Epic and Legendary skins pretty charming. The Kaiju skin for Metageckon, for instance, is pretty much Godzilla, while the other transforms him into Cthulhu; two of my favourite things.

Ultimately, your mileage with Override will vary depending on how much you enjoy online fighting games. Even then, there are better, more competitive choices out there. Still, there are few where you can tear through a dozen city blocks like paper. 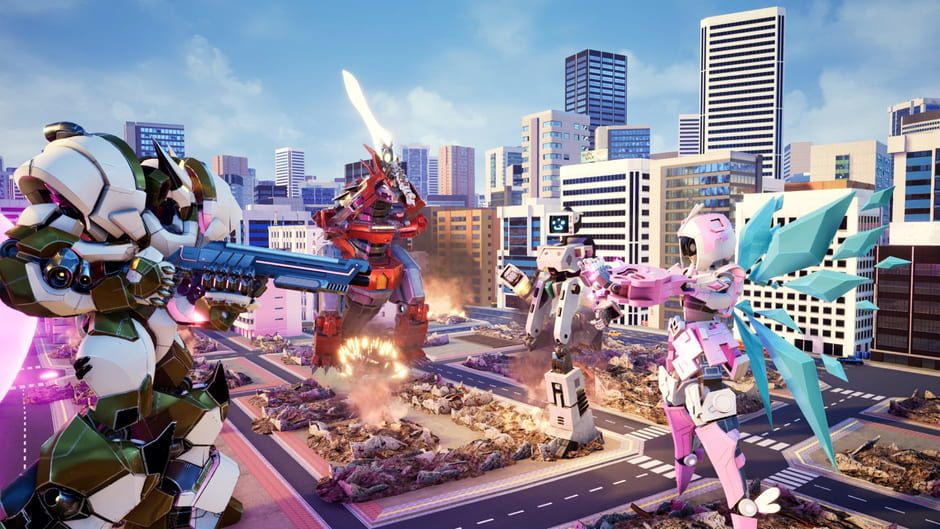 Override will be a nostalgia trip for fans of classic PlayStation 2 games like Godzilla: Save the Earth and War of the Monsters. Although it’s an imperfect game at times, it embodies the fun and spirit of those early city-wrecking brawlers, while modernising the genre with updated movement and fast-paced combat. You’ll get the most enjoyment out of the game if you’re interested in fighting other players online, but the solid single-player and local multiplayer options are still worth your time.

Lost in Space: Games Like ‘Starlink’ can be Hard to See Among the Supergiants

‘Viviette’ Review: Lost and Found in the Dark