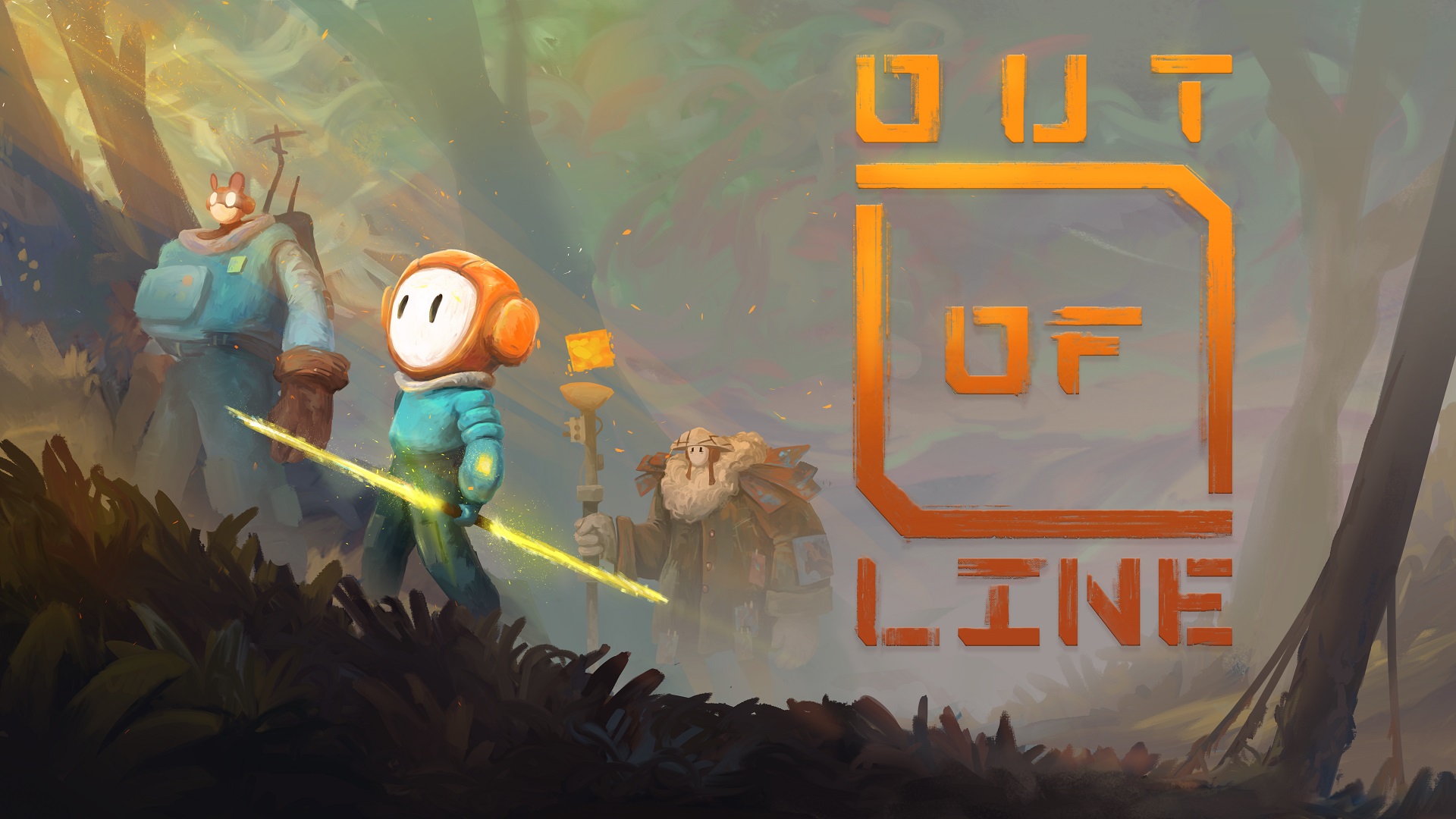 Out of Line Indie Snippet

Out of Line directly contradicts its name. Very little about this puzzle platformer by Portuguese indie developer Nerd Monkeys, feels “out of line” with its genre—it’s a remarkably safe title that features well-built, if not especially innovative, atmospheric brainteasers. However, there is nothing wrong with a game that doesn’t reinvent the wheel. Out of Line is content to work with existing ideas and conventions in its genre to assemble a remarkably solid package of enticing puzzles presented in a uniquely gorgeous watercolor visual style–even if this combo won’t be around for long.

Out of Line tells a tale of nature disrupted by technology, set in a silent and largely solitary world of robots and monsters. Players control San, a plucky hero who must escape a desolate factory after it is overrun by a menacing onslaught of massive mechanical claws. Initially helpless in the first few moments, San eventually discovers a tool that will change his journey for freedom – a magical spear that he can toss and summon back to him at will. As he journeys beyond the initial confines of his surroundings into a world filled with equal amounts of beauty and danger, he discovers new ways to leverage his abilities and newfound friends to help him progress.

Gameplay in Out of Line will feel reminiscent of most other standard puzzle titles. San’s spear is the centerpiece of the experience, functioning as the tool players will have to leverage to make progress. Things start out simply enough in the early levels, where players will be faced with insurmountably high walls and have to use the spear as an additional platform to climb over them. However, the full capabilities of the spear soon come into play, as it can eventually be used to do everything from manipulating platforms to cutting down natural barriers.

The puzzles rarely delve into territory that hasn’t already been explored by innumerable other titles, but Out of Line makes up for any lack of precise innovation with its constant variety. It briskly introduces new ideas and gimmicks in each new area, such that one kind of puzzle never gets old before another kind is introduced. One section will task you with precisely timing a toss of your spear to grind gears to a halt and suspend platforms in the perfect position, while others will require you to use the spear as a lever to push objects back and forth between each other.

Aside from a handful of puzzles that had me genuinely stumped, most challenges in Out of Line feel intuitive. It’s a relatively easy puzzler that is nonetheless immensely satisfying, where the payoff comes not so much from the traditional pleasure of cracking a difficult puzzle but more from the inherent reward of carefully putting each piece together to open up the best path forward. Out of Line might not surprise, but it will certainly delight with its smart and solid level design.

Where Out of Line does stand out from the crowd is in its aesthetics. The game is entirely wordless—all narrative is conveyed exclusively through the environment. Fittingly enough, then, nearly every frame of the game’s beautifully hand-drawn world tells a story of its own. It features a gorgeous watercolor style paired with simple, almost paper-esque animations that make the game feel like a playable picture book. On top of this, its sound design is immaculate as well. Each level comes to life with ambient winds and the gentle pitter-patter of surrounding wildlife, paired with an understated yet fittingly atmospheric soundtrack. With an excellent blend of audio and visuals alike, Out of Line truly is a treat for the senses.

The only problem is that this treat doesn’t last long. Out of Line is a remarkably short game, clocking in at less than three hours to reach the credits. On the one hand, there is nothing inherently wrong with a shorter game, and there are worse problems for a game to have, than leaving its players wanting more. But at the same time, Out of Line feels like it stops just as it really gets going. Its mechanics get more creative and exciting than ever in its final few levels, and its story just starts developing in interesting directions before the narrative abruptly comes to a halt and the credits roll.

Brief as it may be, Out of Line delivers a refreshingly solid set of platforming puzzles wrapped in a stunning audiovisual presentation. Nerd Monkeys’ sophomore effort is comfort food for puzzle game fans, providing a healthy mix of engaging levels that always prove satisfying by the end. It doesn’t rewrite the formula, but it doesn’t have to: with atmospheric storytelling and a constant onslaught of painterly splendor, Out of Line never gets out of step to make the most of the content it offers.