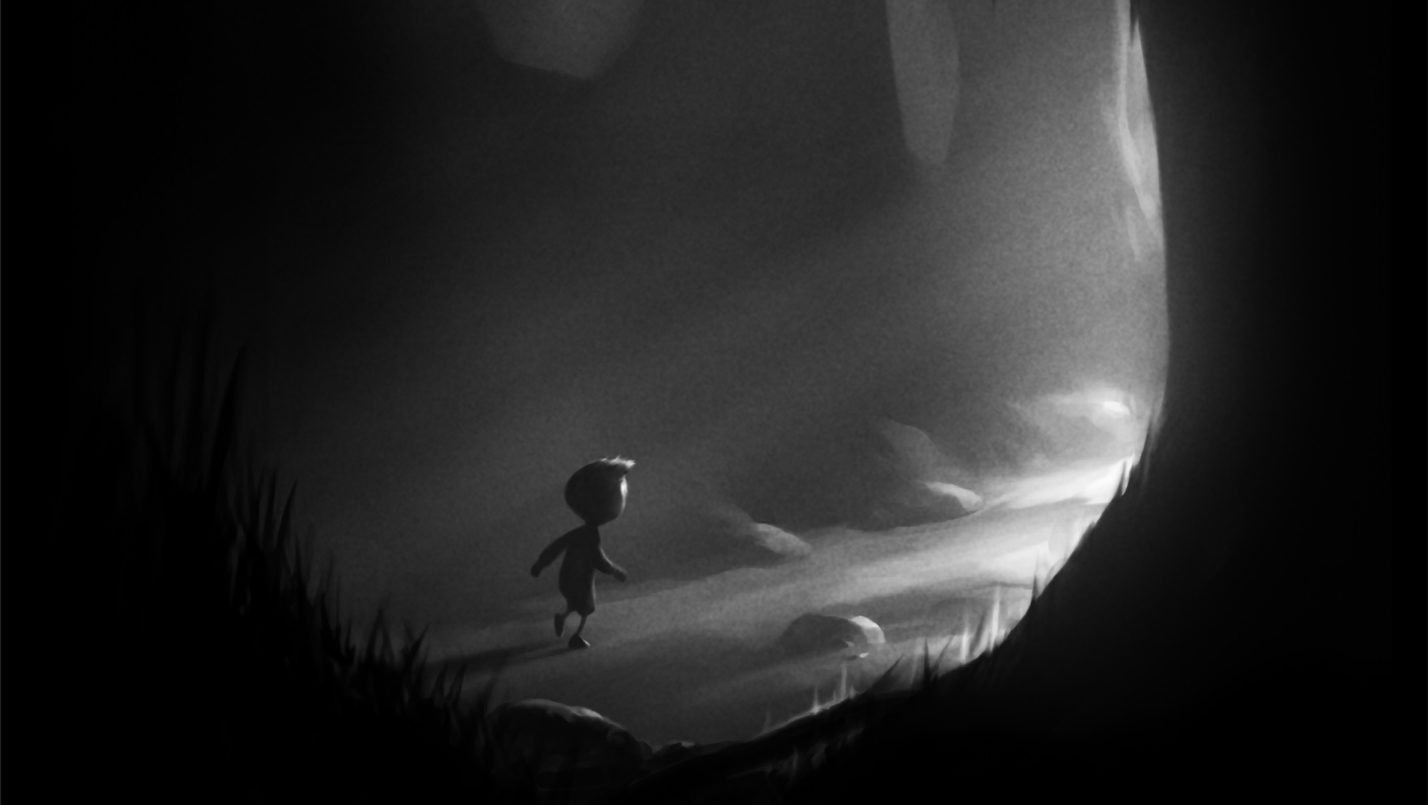 Ten years ago, a silhouetted boy escaped the clutches of a shadowy spider and changed indie game development forever. Limbo was released on July 21, 2010, and it immediately stood out from its contemporaries. More than a mere collection of clever puzzles, its beguiling minimalism created a distinct world of atmospheric oppression. In the process, it paved the way for indie developers to dominate the landscape with inventive experiences that push the boundaries of what a game can be.

Limbo was the debut release for Playdead, an independent studio that would go on to change the gaming landscape yet again with 2016’s seminal Inside. While many might prefer Playdead’s sophomore effort to their debut title, the importance of Limbo still shines through a decade later. Consider the major indie games that had released before Limbo. Many still bore the mark of the Newgrounds era of independent game design—simple, flashy, silly, and fun. This was the era of Castle Crashers, World of Goo, and Super Meat Boy, games that were certainly quality experiences in their own right, but their ambitions were limited. It was the realm of AAA developers to create ambitious and impactful experiences, while indies were simple timewasters at best. Then Limbo appeared and simply put, everything changed.

Fittingly enough, Limbo began development in a place of creative stasis. Director Arnt Jensen first conceived the idea of Limbo as an escape from the increasingly corporate nature of his job as an artist at IO Interactive, according to a 2010 IGN interview. He sketched out stark, black-and-white “mood images” to express himself. As he drew more and more, the further he realized that these illustrations could be developed into something more. Jensen began slowly but surely growing his ideas into a puzzle platformer called Limbo.

Jensen released a concept trailer for Limbo in 2006. This early footage demonstrates so much of what players would come to associate with Limbo—brooding, shadowy visuals, minimalist puzzles, and a dire, threatening atmosphere. This short video garnered significant attention online; it was unlike anything that had ever been created before. Before long, it had attracted the attention of enough independent investors that the game was fully funded without the aid of major publishers, leading to the creation of Playdead Studios.

Development on Limbo might have been independent, but it wasn’t exempt from the meddling influence of investors. They wanted Limbo to be more “marketable” by including popular features such as multiplayer and additional content. But Jensen and the rest of the development team remained firm in their vision. In an era that was defined by the explosive popularity of online multiplayer games with hundreds of hours of content and replayability, Playdead created Limbo as a single-player game that clocks in at only a few hours. Some might find that this provides sparse value for the game’s asking price, but many would agree that it demonstrates a clarity of vision that is admirable in a game of any genre.

It turns out that Jensen and company were correct to be so firm. Limbo’s release proved that such single-minded creativity could still be profitable in this era. It was a blockbuster upon its initial release on Xbox 360, selling hundreds of thousands of copies in its first month on the market and quickly establishing itself as one of the most successful indies of all time, landing on countless “Game of the Year” and “Greatest Game of All Time” lists. It has since gone on to release on just about every available platform, from PS3 to mobile devices to Nintendo Switch.

But what has made Limbo resonate with so many players throughout the decade? While many games at the time adopted a “bigger is better” approach to game design, Limbo boasted of an opposite mentality. The result was revolutionary, for players and developers alike.

Limbo is the epitome of “less is more.” It is pure puzzle platforming, stripping back all superfluous elements of game design: there is minimal story, few tutorials, no side content, and only a handful of items to collect. Set in a barren wasteland on the edge of hell, its sparseness heightens the impact of every little detail. Each groan of distant machinery sends shivers down your spine and every other lifeform is an automatic threat to survival. Limbo haunts players with its menacing atmosphere and nebulous narrative.

Limbo’s story is among its greatest mysteries. The game offers only one nugget of solid information: it follows a boy as he journeys through Limbo to find his dead sister, encountering obstacles and overcoming grotesque opponents along the way. But even this description is tenuous at best. Limbo’s progression defies simple categorization; it barely feels like a narrative at all. Instead, it would perhaps be more accurate to call it a sequence of setpieces more than a cohesive story. And when the credits roll after roughly three hours of gameplay, nothing concludes— the game simply stops. Some might find this indistinct, piecemeal approach to worldbuilding to be unsatisfying. But Limbo was never meant to tell a story; instead, it conveys themes of loss and hopelessness without any surrounding material, so their impact could be felt at full force.

One of the game’s most memorable set pieces establishes this focus early on. After the boy awakens and wanders through a shadowy forest, he encounters an enormous spider. No fanfare signals the spider’s appearance; its menace isn’t conveyed to the player through cinematic cutscenes. It simply exists, and if you get too close to it, it will stab its leg through your skull and kill you. Such nondescript savagery proliferates throughout the game. Devoid of any pomp and circumstance, Limbo revels in laying aggression bare and normalizing brutality in its oppressive hellscape. Each moment becomes a tense waiting game; you never know what’s coming next.

In that same vein, Limbo doesn’t embellish its gameplay. Its puzzles almost exclusively experiment with physics. You’ll have to slow the fall of a speeding cart, push boxes and bear traps into place, and in some cases, manipulate gravity to continue pushing forward. There is a consistency to Limbo’s puzzles: even as they experiment with new mechanics, new objects, and additional components, they rarely stray far from the core idea of interacting with your environment. Puzzles are inventive, consistent, and at the same time, constantly evolving. There is a purity to Limbo’s gameplay flow that complements its thematic ambitions. With no superfluous content, every puzzle feels meaningful, and once you solve it, you feel an immense sense of relief. Limbo gives you nothing else to focus on except the puzzles that block your path as you venture through its nightmarish environments. Creating such an engrossing atmosphere is an admirable accomplishment for any puzzle game, let alone one as stark and minimal as Limbo.

Limbo is a game of complete thematic unity, and in that sense, it succeeds from beginning to end. Its ending, while anti-climactic from a narrative perspective, is a touching moment that crystallizes the power of its underlying concepts. After hours of building up its unsettling atmosphere and racking up the tension, the boy crashes through a glass window, and the buzz of machinery and crash of glass all come to a halt as the game lunges into slow motion. And for the first time, sustained chords ring out on their own. For one precious moment, the audio demands your attention entirely. And here, it gives you time to let go, and breathe. The plot might not feel like it goes anywhere, but this moment of release is the true conclusion. In a world defined by constant terror lurking around every corner, where ambient noise gradually increases into an incessant buzz in the later portions of the game, it is nothing short of remarkable to have a moment to slow down and feel nothing but the gradual, fading pulse of its spacey background synths. After hours of buildup, this release of tension signals that the boy has, at last, crossed out of Limbo. But whether his ultimate destination is Heaven or Hell remains undisclosed.

Limbo showed that indies could be more than timewasters. And better yet, it demonstrated that they could be commercially successful while doing so. Most importantly, Limbo opened up the path for the countless boundary-pushing indie games that have flooded the market since its release. It showed how a brilliant game could do so much with so little–if Limbo can be one of the best games of the decade with only some physics-based puzzles and black-and-white graphics, then anyone could create a masterpiece no matter how large or small their budget might be. It set the stage for indie developers to challenge what a game could accomplish, demolishing expectations by creating an experience that focuses on the atmosphere and theme above everything else. As a puzzle game, Limbo remains a solid title whose physics-based challenges and wordless worldbuilding are just as inventive to this day. Ten years on, Limbo is a powerful creation whose haunting sense of atmosphere deserves to be experienced for its brilliance and its cultural impact on the world of game development.