To quote Mark Twain, “There is no such thing as a new idea. We simply take a lot of old ideas…give them a turn and they make new and curious combinations.” Ooblets, the first release from Glumberland studio, is the perfect illustration of this point and goes to show how something truly novel can grow out of the unprecedented hybridization of unexpected genres and mechanics. Part farming sim, part creature collector, all charming, Ooblets is the Harvest Moon, Pokémon (Harvest Mon?) crossbreed the world never knew it needed set at the comfortable, casual pace of Animal Crossing, and wrapped in cuddly, quirky packaging all its own.

Ooblets fits in to the laid-back category of game; from its “at your own pace” approach to its core combat, even Ooblets‘ approach to storytelling is easygoing with its basic premise comfortably situated amidst its peers in all relevant genres. Following a life-long dream of immigrating to the land of Oob, the player assumes the role of the most recent resident of Badgetown, a quaint, coastal town full of curious creatures called Ooblets. After befriending the mayor, the player will quickly join a club and receive their first Ooblet, introduce themselves to the town, and be gifted an old farmhouse to inhabit with an accompanying plot of land to cultivate, at which point the player will be left to their own devices to prioritize tasks as they see fit.

“For an early access, open-ended title developed by a team of two, there’s a surprisingly wide breadth of varied content.”

For an early access, open-ended title developed by a team of two, there’s a surprisingly wide breadth of varied content to enjoy largely provided by the hybrid genres. Each day, players can maintain their farm, develop the town, battle and collect more Ooblets, improve their homes, cook and craft, and gradually progress the main narrative by completing Mayor Tinstle’s “Tinstle Tasks,” which themselves vary from battling angsty Ooblets to supplying materials for the renovation of a site in town. Additionally, completing daily tasks, satisfying objectives for badges, and competing in Dance Barn tournaments will earn the player a secondary currency type (not unlike Animal Crossing: New Horizon‘s Nook Miles) which are invaluable for upgrading the player character as an additional incentive for just playing the game. While there’s no shortage of things to do at any given time, there’s never truly any pressure to go at a particular pace other than one’s own. In my time with the game I’d go days without touching a task, instead opting to collect Ooblets and add a little flourish to my farm.

Speaking of, the farm is perhaps the best place to start as it’s where players will grow and reap valuable resources for improving the town, completing Tinstle Tasks, to sell, or to attract new Ooblets. Undoubtedly familiar to Stardew Valley fans, farming involves clearing the field before plotting, planting, weeding, and watering crops multiple times a day while keeping an eye on an energy meter that can be replenished via food or naps. Different crops grow at different rates and serve different purposes; some are staples in food recipes after being processed, while others are critical for farm and town renovations. Perhaps most importantly, the farm is where the player will grow new Ooblets.

The titular creatures are charming, cutesy critters that can follow the player’s avatar around or assist on the farm and provide the game’s core “combat,” which is actually a card-based, dance battle system. Decks consist of staple cards and signature Ooblet cards depending on which of the player’s “Followbabies” (their party) the player selected at the start of the battle. Cards have a variety of effects, from earning points, to increasing points earned with a “hype” buff, to debuffing the opponent’s deck with “fluster (the antithesis of hype) and more. Leveling an Ooblet up earns the player a new card up to a point and each Ooblet has its own signature approach to battle, encouraging experimentation.

I began the game with the bug-like Bittle–who emphasizes stealing the opponent’s points–but quickly settled on using multiple ent-like Lumpstump whose cards quickly build hype. Like the rest of the game, these battles are never meant to be overtly challenging (though the Dance Barn adds some fun special conditions once it’s unlocked). While more challenge would be welcome, overall the battle system is a winning addition that cleverly creates variety in gameplay while encouraging the collection of multiple Ooblet types.

Each Ooblet found wandering around Oob has a food or material preference that, when provided, allows the player to challenge them to a dance battle. Beating an Ooblet in battle will net a seed which can then be used to grow a new Ooblet. That’s right–instead of catching an Ooblet against its will, new friends are grown right at home. What’s more, each of the current collection of thirty-five Ooblets has three color variations: common, uncommon, and “gleamy,” a type similar in concept to a shiny Pokémon but slightly less rare and with the added benefit of occasionally providing the player with a rare upgrade material called “Oobsidian.” I found this particularly enticing as an obsessive shiny Pokémon hunter, though there’s plenty of incentive for everyone as each new variety of Ooblet can be scanned to earn in-game currency, with more payout for the rarer color variants. Gotta grow ’em all.

“I found this particularly enticing as an obsessive shiny Pokémon hunter…”

That’s not to say that Ooblets doesn’t have room to grow. Coming up with the proper materials to craft feels needlessly obtuse (Oobtuse?), and involves reading through the descriptions of every single base resource instead of processed goods outright telling you what they’re derived from. The game could also be more informative concerning Ooblet number limitations and the necessity of building little homes for them (called “Oobcoops”) before collecting anymore. That goes without mentioning a handful of technical issues that need ironing out. Playing on Xbox, the game froze on a black screen while entering into a dance battle in the Dance Barn on several occasions, a glitch that almost always resulted in me having to skip the tournament for the day and missing out on rare Ooblet seeds and resources as a consequence. The game is also still in early access, of course, so content is currently limited, particularly where continuing the main narrative is concerned. While many of these issues will be tackled in time, they’re worth noting before buying.

All of that said, Ooblets is a very welcome addition to a long tradition of relaxing games perfect for fans of Pokémon, Stardew Valley, and everything in between. Much more than the sum of its parts, Ooblets is sure to continue to grow and flourish like colorful crops within and is already well on its way to earning a place amidst the ranks of the great games that inspired it. 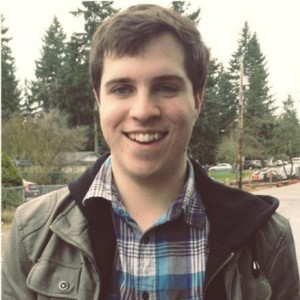 Lost Judgment is an Intricate Web of Conspiracy

Judgment established Yagami and his crew as interesting and entertaining protagonists by playing it safe gameplay-wise, but Lost Judgment feels like them finally trying…

Ragnarok is at hand in Norsfell Games' Tribes of Midgard: a unique blend of adventure and survival game where players try to save the…