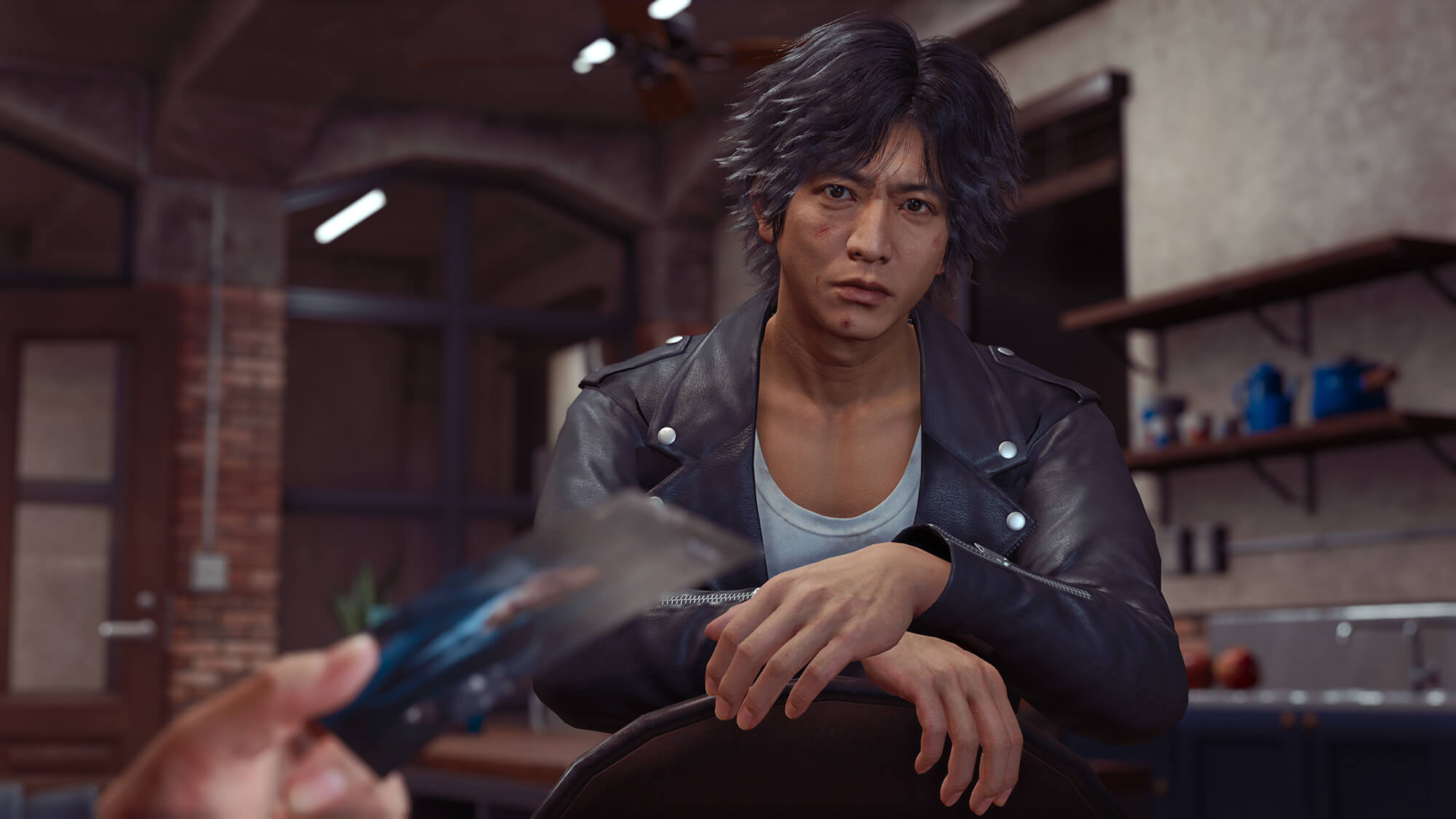 With slightly more refined combat and a much more robust arsenal of tools at his disposal, Takayuki Yagami’s journey in Lost Judgment is a satisfying, twisty ride that is a step above 2018’s Judgment but more-of-the-same from the prolific Ryu Ga Gotoku Studio. Despite a heavier emphasis on sleuthing around Japan, the newest entry in the Judgment franchise excels more in the refinements made to the content the studio has always done well as opposed to what makes the Judgment franchise stand apart from their Yakuza titles. The Yagami Detective Agency and its affiliates are still a dynamic, exciting cast of characters but their adventure is a bit too rough around the edges to leave an impact.

A sexual assault case is finishing up in court in Kamurocho while at the same time a decomposed body is found in an abandoned warehouse in Yokohama. Brought to the attention of the court by the defendant, an open-and-shut case is now called into question by the defendant’s frighteningly accurate knowledge of the identity, location, and time found of the corpse. The Genda Law Offices call for assistance from the Yagami Detective Agency to give the case a look before stumbling into a far more intricate web of lies, bullying, and corruption. Could the person who very blatantly groped a woman in public also be able to murder someone at the exact same time?

The initial questions posed by Lost Judgment are compelling enough to get the ball rolling and as Yagami and his partner, Masaharu Kaito, delve deeper into the uncertainty surrounding the case, it gets more and more interesting. At the heart of it all is Seiryo High School in Yokohama where Yagami spends the bulk of his time learning more about a string of bullying that has pushed many to quit or commit suicide. It’s Persona meets Yakuza in the broadest sense, but the school ends up serving as a third major location in this entry on top of the well-established Kamurocho and Yokohama which fans of Yakuza: Like a Dragon will have already experienced.

Seiryo winds up the connective tissue in a sprawling conspiracy, but it also plays home to Lost Judgment’s more interesting break from the typical Ryu Ga Gotoku story structure. While Lost Judgment still contains a multitude of substories to discover, Seiryo High School opens up an entirely new section of substories that will take players across different organizations within the school such as the Robotics Club or Dance Club. These aren’t isolated stories either, with some bleeding into others therefore gating progress until you’ve made a dent in another lead elsewhere in the school. They essentially play like a chunk of the main story but without the significance.

The School Case Files are a smart way to package the side content that are often entertaining but rarely have the impact they should because they feel like insignificant detours. The school substories are bound to each other in a way that makes Seiryo High School a much more lived-in locale with plenty of smaller stories not being forgotten due to their connection with others.

The same cannot be said about the substories, which can be picked up through a few different ways but none ever feel like the right solution to creating a diegetic way of accepting cases. You can still stumble upon them as you walk around Yokohama, but there’s also a list of requests to be found at the newly established detective agency in Yokohama run by Yagami’s friends Fumiya Sugiura and Makoto Tsukomo. On top of this, Tsukomo has found a way to triangulate popular phrases being used by social media, which Yagami can isolate to try and find the location of a case.

Lost Judgment’s largest problem can easily be pinpointed to its attempts to make the Yakuza content feel more in-line with a game centered around detectives. Where it made sense in Yakuza that Kiryu would stumble upon cases and help out people because he has a heart of gold, Lost Judgment’s protagonist is nice but ultimately trying to make a living. He’s not going to just help anybody, but he will assist if the price is right, which makes the list of substories at the detective agency in Yokohama the closest to a solution that the series has found for this very particular issue.

It’s the addition of gadgets and a detective dog (who is undeniably cute, but rarely used) that emphasizes the game’s missteps. None of them feel good to be used and players are always told when to use them or hinted heavily towards using them. It doesn’t feel like Yagami is a very good detective because the game doesn’t trust that the players are good detectives.

This bleeds into the main story when the game reuses similar mechanics like revealing the correct evidence to get more information out of a suspect, or asking the right questions in the right order. None of these ever actually feel like they have consequences, instead often letting the player just go through each option until they get the right answer.

Lost Judgment also struggles to even make the evidence hard to choose if you’ve been paying attention even slightly. Every chapter begins with a recap of everything necessary to what’s about to happen and the story itself, while intricate, is not very sprawling. By the end, it feels like Yagami has solved a very interesting, detailed case, but the player does not. It’s a character-focused story intended to provide an entertaining procedural thriller and not something interactive, but it’s far too frustrating when every facet of interactivity feels superficial. There’s no real fail state unless you die in combat, in which you can just restart that specific encounter over and even lower the difficulty if needed.

However, combat is where Lost Judgment has improved the most and feels like some of the best RGG has done yet. Yagami has perfected his own style of martial arts with the Snake style which utilizes parries and evasion while capitalizing on the power of his kicks. While players can also switch between Crane and Tiger style as well, including powering each one up through skill upgrades, Snake style was what I largely played with since Yagami himself establishes it as his favourite. Combat is also seamless moving in and out of encounters without the game cutting to black or stuttering when going back into exploration. It’s a much more refined experience all around.

Roaming enemies are also less random than in other games of the series. You’re rarely fighting drunks or weirder enemy types, instead it all makes sense narratively. Occasionally you’ll fight some school bullies, but mostly it’s members of the “RK” – a group formed after the dissolution of the Tojo clan that essentially employs anyone willing to fight. They don’t dress like Yakuza so anyone can be a member. Unfortunately the game doesn’t do much with that concept besides allowing the RK to be a catch-all for any enemy, but it’s still a much easier way of keeping all the pieces in place for the story.

Navigating Yokohama and Kamurocho is also a bit easier than before with the inclusion of a skateboard for Yagami to ride. You can do the bare minimum on it though, and if you’re going down a smaller street filled with pedestrians don’t even bother trying to ride the skateboard as you’ll likely keep bumping into people and fall off. It’s another addition that immediately seems helpful but is clunky in its implementation. If you can skateboard down the main highway of Yokohama though, it’s a non-issue but I still gravitated towards a taxi due to the size of the location.

Those used to the Yakuza franchise will find many of the usual activities to complete and Lost Judgment does not get stingy with side content. There’s still plenty of gambling to do and minigames to enjoy, but it’s also a game that tries to make that stuff feel less superfluous. Ultimately it doesn’t quite get there outside of the Seiryo content, but there’s a rough blueprint that could prove to be worthwhile to flesh out further in a future entry. It’s clear that the Judgment franchise is intended to be the new Yakuza with its beat-em-up combat and Yakuza: Like a Dragon allows RGG to flex their JRPG chops. Both feature a great cast of characters and neither are a slouch when it comes to storytelling, but Lost Judgment occasionally feels less like a sequel and more like a proof-of-concept.

Judgment established Yagami and his crew as interesting and entertaining protagonists by playing it safe gameplay-wise, but Lost Judgment feels like them finally trying to figure out what this specific character should be doing in this sandbox. They’ll always nail the narrative and aesthetic of the series with combat never failing to be fun, but what Lost Judgment needed most was refinement in its newer ideas to help set it apart without feeling forcibly inserted. Instead, it’s a game with a lot of work-in-progress elements sitting on the fringes waiting to be able to make a much splashier re-entrance.