Playing a game for the first time is always special. Whether it’s the 10th in a long-running series or the latest title in an already saturated genre (did someway say open world RPG?), the promise of new scenarios, new characters, and virgin worlds to explore feeds our inborn curiosity and thirst for fresh experiences.

Unfortunately, however, I, like many others, simply don’t have the time or money to keep up with the ceaseless parade of excellent titles that characterise modern gaming.

But, you know what? That’s okay. There exists a vast array of games that, for a variety of reasons, are just as if not more rewarding the second, third, or fourth time around.

More often than not, the rewards are as simple as finding something we missed during our original playthrough – a secret boss, a trivial yet interesting side-quest, a handful of errant collectibles, or perhaps even a crucial piece of story exposition.

The first time I realised how satisfying it could be to hoover up these overlooked experiences and curios was when I revisited Final Fantasy VII for the first time in 1998 at the age of 9. A period in my gaming life which, because I lacked the moderate-sized library of eclectic titles and the constant stream of PS Plus games I enjoy today, was dominated by a handful of titles like like Worms and Tekken 2.

I vividly remember my feelings of elation when, shortly after starting my second playthrough, I discovered a plethora of new content, from the small, superficial differences in the cross-dressing mini game I’d not noticed before, to the story-altering cut-scenes that clear up the mystery surrounding former SOLDIER Zack’s disappearance. Now, I freely admit there was nothing stopping me from accessing these sequences the first time around, save for my childish, slap-dash approach to exploration. But that’s beside the point. As far as I was concerned, I’d been rewarded for my dedication with a veritable smorgasbord of secrets and hidden treasures.

It’s this characteristically human desire to experience everything a game has to offer, to leave no stone unturned and no mystery unsolved, that compels us to retread our steps time and time again. Especially these days, what with an increasing number of titles offering multiple endings (Dragon Age, Until Dawn, Deus Ex, Life is Strange etc.) essentially making repeat playthroughs a necessity.

That most popular of modern gaming trends – the branching narrative – similarly incentivises players to undertake multiple journeys through certain games.

Rather than adhere to an immutable, linear narrative, developers like BioWare and Telltale Games, that are pioneering this kind of free-wheeling, ‘create your own adventure’ style of game, leave all the important decisions up to the player. In the original Mass Effect trilogy and The Walking Dead: A New Frontier, for example, we’re free to choose what sort of a person the protagonist is, what quests to undertake and when, which NPC’s to ‘romance’, how the story progresses and eventually ends, and even which character’s live or die. These games provide a very real sense of freedom that almost guarantees each playthrough will offer something different from the last, a characteristic moreover that only seem to increase with each new release.

The only real drawback is the length of time it can take to complete something like Dragon Age or Mass Effect, fully-fledged RPG’s that, once you factor in all the extras, can take upwards of 50 hours to complete.

Fortunately, with shorter but no less satisfying titles such as Life is Strange, Until Dawn, and the like becoming ever more ubiquitous, we’ll continue to have plenty of opportunities to play raconteur in the future.

That’s not to say a game’s replayability is determined solely by the extent to which the player can alter the story or the protagonist’s personality. Indeed, for some players, the prospect of trying an entirely different character build is far more enticing.

The experience of playing Dark Souls, The Elder Scrolls, Nioh, and countless others change dramatically depending on the protagonist’s class or his/her skills and equipment. For example, to defeat Dark Souls’ menagerie of demonic foes as a knight, the player must get up close and personal with their enemies, relying on brute strength and the sturdiness of their shield to claim victory. Mages and other ranged classes, on the other hand, have to adopt a totally different strategy, bringing down opponents from a safe distance using a volley of spells or projects, utilising a timely dodge to create separation whenever they get too close.

Not only does this let players tailor the experience to match their preferred play style, for those who like to experiment, the freedom to choose from a multitude of classes and loadouts ensures subsequent playthroughs remain fresh and challenging.

It’s much the same for Skyrim and any other RPG that favours a non-class-based character creation tool. If anything, the opportunities to mix and match disparate abilities and equipment sets are even greater.

Others view repeat playthroughs as a chance to master a specific title’s mechanics or prove to themselves (not to mention fellow gamers) that they possess the requisite skill and knowledge to beat a game on the hardest difficulty level.

The Soulsborne games are probably the most obvious example of the former. Notoriously uncompromising at the best of times, the gradual increase in enemy HP and attributes each time the player starts again on new game+, ramps up the difficulty and thus separates the gaming wheat from the chaff; the cursed undead from the heirs of fire.

It’s an innovative piece of game design that both echoes the inherently punishing nature of these titles and provides the perfect opportunity for veteran players to test their mettle. It’s why some experienced players claim the real game doesn’t actually begin until you start your second run.

Alien: Isolation, Doom, Uncharted etc. plump for the more common method i.e. enticing players back in with a grueling new difficulty level titled ‘nightmare’ or ‘extreme’ that only becomes available after they’ve completed a full playthrough. The rewards are much the same, of course, namely pride, satisfaction, and another shiny gold trophy to add to the collection; then again, one should never underestimate the importance of bragging rights to a gamer.

But, as great as it is to discover new content or conquer a game on the hardest setting, there’s a simpler, purer reason to reacquaint yourself with an old favourite: nostalgia.

I’ve completed Final Fantasy’s VII and VIII so many times I’ve lost count by this point and yet, 20 years later, I still find myself eagerly anticipating the next time I get to return to these two phenomenal virtual worlds, looking forward eagerly to the scenes and events I remember so fondly.

There’s just something indescribably relaxing and comforting about playing a game that’s mechanics, story, and characters are so well known. You can sit back and drink it all in without having to worry about what’s around the next corner or if you have the correct equipment or skill to defeat the next boss, and instead redirect this energy towards appreciating the little touches that make these familiar worlds so endearing.

Still, for some, the reason they stay loyal to these older titles or revisit them so often is simply because the gameplay, in their opinion, has never been bettered. CS:GO players thus prefer its 5-year-old mechanics to the latest Call of Duty; the World of Warcraft community prefer its ever satisfying feedback loop to more recent pretenders, such as Final Fantasy XIV.

I guess what I’m trying to say is that, rather than bemoaning the fact we can’t afford to buy the latest AAA blockbuster or are too busy to find a few hours in the working week to download the most recent indie darling everyone’s been raving about, we should remind ourselves there are plenty of games currently in our possession that are either gathering dust on a shelf or lie hidden away at the back of a drawer, still capable of satisfying our thirst for discovery and new experiences. 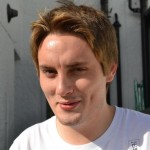 Talk AEW Podcast: The Future of the Inner Circle and Dark

Greatest Horror Movies The history of horror is vast and perhaps a list of the greatest horror films is a foolhardy thing to tackle....

Things are about to get a little scary...

"If this one doesn't scare you, you're already dead!"

"...and remember, the next scream you hear may be your own!"