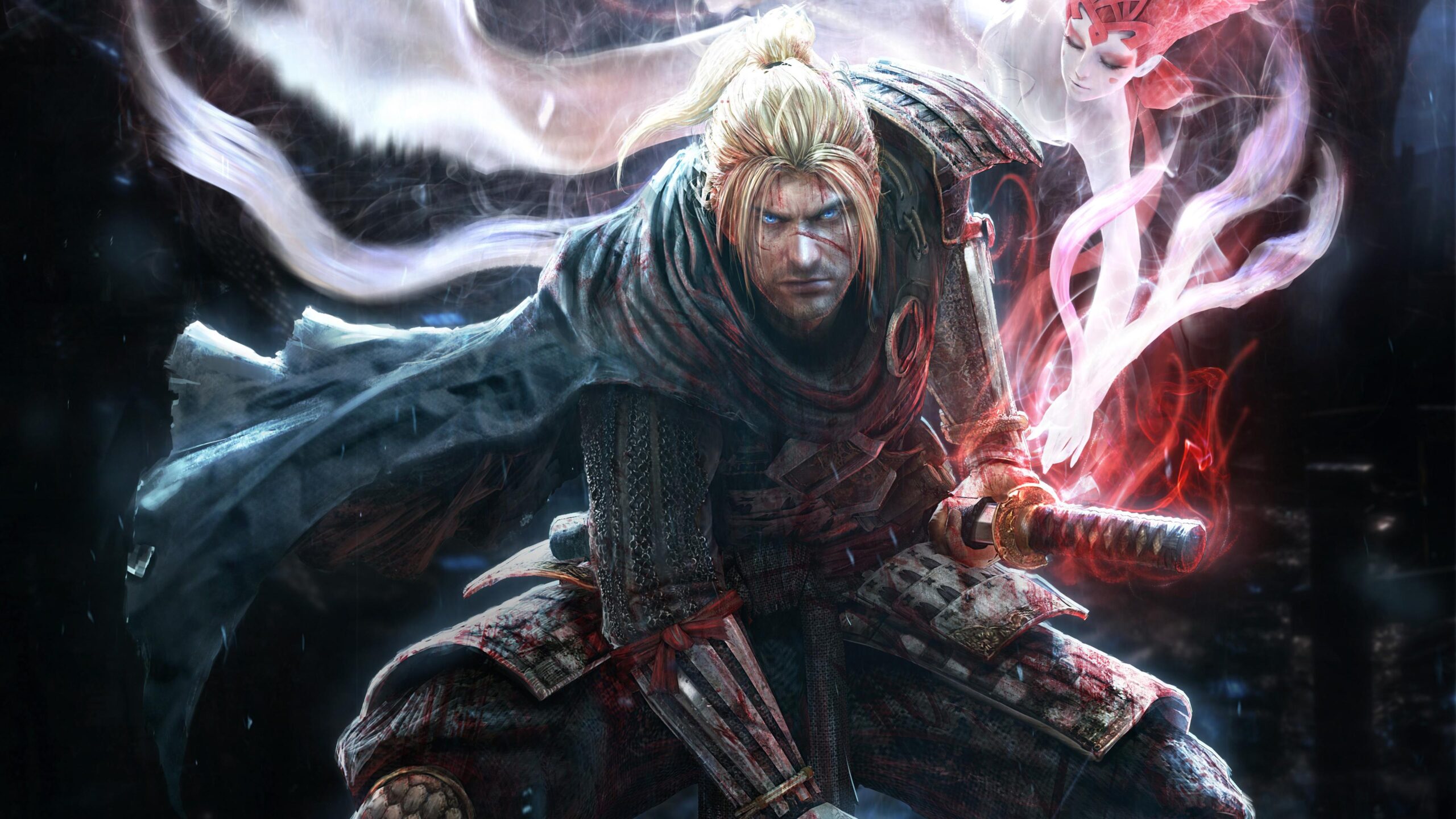 The Ni-Oh alpha demo came out a few days ago. As an avid fan of katanas and swordfighting, I thought it looked awesome and downloaded it. After a short loading screen, I was met with 10 seconds of cut-scene, and then a quick, intuitive look into my equipment. After drawing a sword, I felt ready to take on the world, with tight, swift animations that looked and felt a joy to play. I came across the first enemy, and as he stumbled towards me foolishly, I thought “this looks easy”.

Three hits later, I was dead. Exactly three. The very first enemy can kill you in three hits. Ni-Oh is developed by Team Ninja, and is an exclusive game for PS4. The obvious Souls comparisons can and will be made, but the central gameplay is unique enough to merit its’ own identity. The animations, camera, and even enemy attacks are built around dueling, not fighting groups. You are supposed to take on one enemy at once, fighting as tactically and carefully as you can to kill them before their friend reaches you. If you take on multiple enemies at once, you will get completely destroyed, and in these situations it can feel like you’re fighting the game just as much as the enemies within it, struggling to get the character to face the right direction.

As difficult as Ni-Oh is, at least in terms of game mechanics, it is indeed fair – the enemies telegraph their attacks wildly, sometimes taking a second or two of wind-up before caving in your skull. Because of this, whenever you die, it always feels like it is because you made a mistake, as opposed to the game mechanics not accommodating you. The player character can both block and dodge, and both are actually useful. Blocking uses a little more stamina, but it means you can strike instantly after an attack. Dodging can be tapped once for a quick dash, or twice for a wild leap, and dodging just before an attack will result in a quicker dodge, so you can counterattack with speed. Your weapon has a neutral, overhead and underhand stance, focusing on balance, damage, and combos respectively. These are clearly well thought-out, and the combat feels wonderful to play – when you’re not babysitting the camera that is. You’ll be dying an awful lot, and luckily, the load times after death are just a few seconds. The punishment for being defeated is little more than a loss of progress and some experience, almost exactly like Dark Souls. There are also crystals you can use to gain Amrita, Ni-Oh‘s version of EXP, once again similar to Dark Souls. There weren’t very many items to be used, and a limited range of equipment designs, but it is an alpha after all. And being an alpha means performance is jittery (like Dark Souls), whether you choose “movie mode” or “action mode” in the menu. “Movie mode” places an emphasis on a stable resolution, with framerate suffering greatly, and “action mode” aims to nail performance with a variable resolution. Unfortunately, whatever setting you pick, the framerate will tank at some moments, which can make the movement feel off. The textures are also mediocre for a PS4 game, with plenty of jaggies due to a lack of effective anti-aliasing.

That said, the game still sports a gorgeous art style, with spectacular animations and stunning particle effects. I especially liked how the player and their weapon grew splattered with blood the more enemies you kill, driving home the brutality of the world and how unforgiving the combat can be. While the weapons failed to impress in terms of gameplay – a spear should not play like a sword – their design certainly did impress. After playing the demo for a mere 20 minutes, I had a character in a suit of armour with a hat and fingerless gloves, wielding a sword that had a dragon on the sheath. I looked and felt cool – until I died again, of course.

Overall, while I have some problems with Ni-Oh, I’m definitely excited for the full release. The combat is unique, and it feels intense, visceral, and fun in a strange, masochistic sort of way. If the performance and camera problems are fixed, we have an amazing sword-fighting game that could potentially draw you in for hours, and a difficult but rewarding game that everyone should be excited to play.