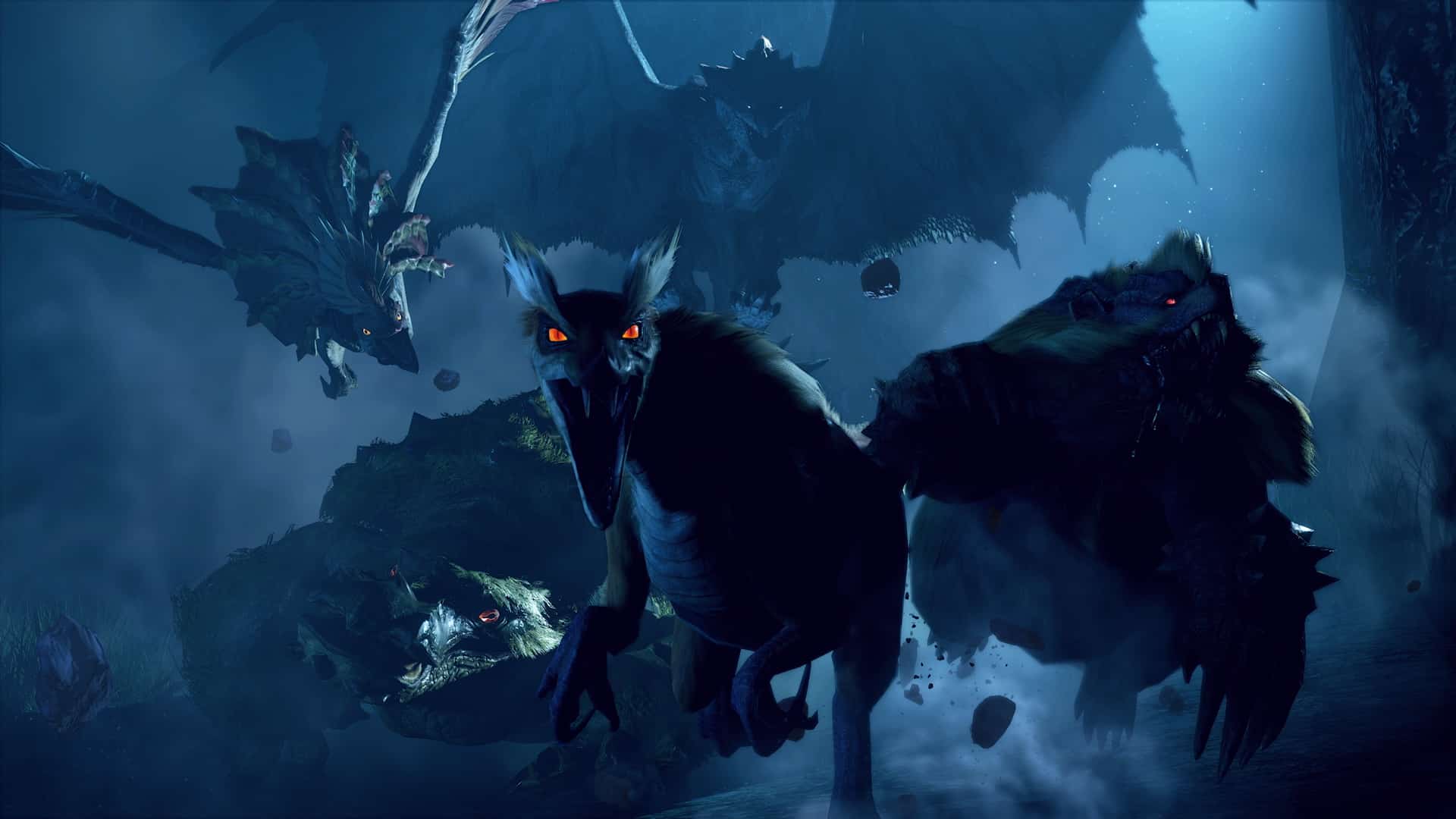 Among the myriad additions Monster Hunter Rise brings to its series’ formula, the Rampage Quests stand out as perhaps the most contentious of them all. These mostly optional quests take the basic Monster Hunter mechanics and place them within the context of a tower defense-esque minigame, which sees players guarding their village against multiple hordes of enemy monsters. These segments have an insanely steep learning curve, even by the standards of the game, and it is all too easy to get frustrated by their obtuse and overly punishing design. Growing acclimated to the Rampage Quests’ rules is more than possible, however, and it’s surprising how much more enjoyable they become once their mechanics are properly understood. This does not fully negate how discouraging they can be when starting out, though, and it is worth examining where the Rampage Quests succeed and where they miss the mark.

The Stressors of Tower Defense

One unavoidable barrier to enjoying the Rampage Quests is how inherently stressful they are compared to the main game. The standard hunting missions in Monster Hunter Rise give players plenty of leeway in terms of the pace at which they complete their objective. Players can freely explore the open environments to find upgrade materials and stat-boosting items, and even though the monster hunts themselves are clearly dangerous and can easily result in death if approached carelessly, players can freely find space for themselves to recover and gather their bearings. On top of this, players are usually given three chances to beat the monster before they have to start over, and as long as players upgrade their weapons and armor at a steady rate, they will have more than enough time to accomplish their objective within the 50-minute time limit imposed on them.

Rampage Quests, on the other hand, pose a much more immediate threat of failure. Although players themselves are allowed to die an infinite number of times, the gates they are tasked with protecting are not, and the quest will immediately end if the last gate falls. In regular hunts, players can mitigate damage through healing items or even circumvent damage entirely through evasive maneuvers, but since the gates are stationary targets that cannot be healed, it is only a matter of time before monsters reach and attack the gates, inching players closer and closer toward quest failure. The sheer number of monsters that players have to contend with at any given time overwhelm the senses in a way that regular hunts simply never do, especially since many of those monsters are programmed specifically to attack the gate first and foremost. The gates’ health points essentially serve the same purpose as the 50-minute time limit used for regular hunts, but whereas the time limit stays in the back of players’ minds most of the time, the image of multiple monsters dealing hundreds of points of damage to the gate instills a much stronger sense of urgency and stress.

An Unclear Set of Rules

Much like the rest of Monster Hunter Rise, Rampage Quests are densely packed with mechanics to consider and remember. Players are tasked with placing various installations around the map to fend off the monsters, and the available installation types quickly grow in number as the stronghold levels up. The key to a Rampage Quest running smoothly involves knowing which installations work best for certain parts of the map, something which won’t come to players naturally when starting out. The game’s tutorial for Rampage Quests only accentuates this dilemma; like most other tutorials in Monster Hunter Rise, the Rampage Quest tutorial excessively frontloads its information, with many of the mechanics being explained one after another in such a way that players are unlikely to remember them all. In addition, while certain installations like the ballistae are explained in full detail, with players even being required to control them before the quest starts in earnest, others are comparatively glossed over, leaving players to either look up each installation’s mechanical intricacies themselves or experiment with them on the field.

Leaving players to figure out certain mechanics and strategies for themselves is not inherently a problem, but Monster Hunter Rise punishes players severely for even slight mistakes. Certain monsters will prioritize attacking deployed installations, and if a monster hits the installation the player is currently using even with relatively weak attacks, then the player will be forced off of the installation and will have to manually resume using it. Players are expected to use the guard function in this situation, but it will not prevent the monster from whittling the installation down and eventually destroying it, forcing players to readjust their strategies. Even a monster attack connecting with the platform the player is standing on is enough for the player character to be damaged and sent flying. These severe interruptions are bad enough on their own, but they can often result in monsters swarming the gate uninterrupted, especially if players place their installations inefficiently. This, combined with other minor errors that can occur, contribute to staggeringly overwhelming situations occurring far too frequently when starting out. Of course, it is natural for games to impose some kind of punishment for making mistakes, but it is difficult not to get discouraged when being knocked around by monsters from all sides while witnessing the area’s defenses getting mercilessly pounded on.

Despite all these issues, Rampage Quests can be incredibly worthwhile to partake in, and not just for the exclusive rewards they dole out. Monster Hunter Rise is very transparent about the classification and state of each monster; icons above their head indicate which ones prioritize installations, which ones prioritize the main gate, and which ones fly in the air, and other, smaller icons indicate when the monster is close to being defeated. With practice, it becomes apparent that flying monsters need to be targeted first and the gate attackers must be attacked immediately afterwards, and this knowledge alone makes the Rampage Quests so much more manageable.

Players can unlock more types of hunting installations to place across the map, and each one has nuances that can really turn the tide. For instance, the basic ballista has a Retreat Shot that can instantly knock down and stun flying monsters, and the machine cannon has a Silkbind Shot that can pull monsters away from certain targets. Players will also inevitably learn to respect the power of automated defense installations, as even just one or a few of these placed near the gate can really keep the monsters at bay. The Rampage Quests also make great use of the new Wyvern Riding feature, as mounting a monster and unleashing powerful strikes on gate attackers is one of the most effective tools at players’ disposal.

But what really eases the stress of these Rampage Quests is the fact that the gates can withstand an extremely high amount of damage, way more than players may initially think. The gate starts to become visibly cracked when it’s nearly destroyed, but even then players still have a hefty amount of time left, and they are likely to succeed if they make decent use of some of their more powerful tools. Combined with the infinite number of retries, players are freer to experiment and cut loose with their powerful weapons and single-use allies than is immediately apparent. With a bit of time investment, Rampage Quests turn from an intimidating barrier that players are likely to dread into genuinely fun diversions.

Of course, even with this knowledge, some of the problems with Rampage Quests never truly go away. Even if seemingly disastrous mistakes rarely result in failure, getting overwhelmed and jostled around by even the most innocuous attacks is needlessly frustrating, and given how aggressive the Apex monsters can be, these situations can often seem unavoidable. There is definitely room for improvement, but what is fortunate is that Capcom got most of the Rampage Quests’ mechanics right on its first try. If either a new Monster Hunter or future content updates improve on the rough edges, then the Rampage Quests could become something truly remarkable.