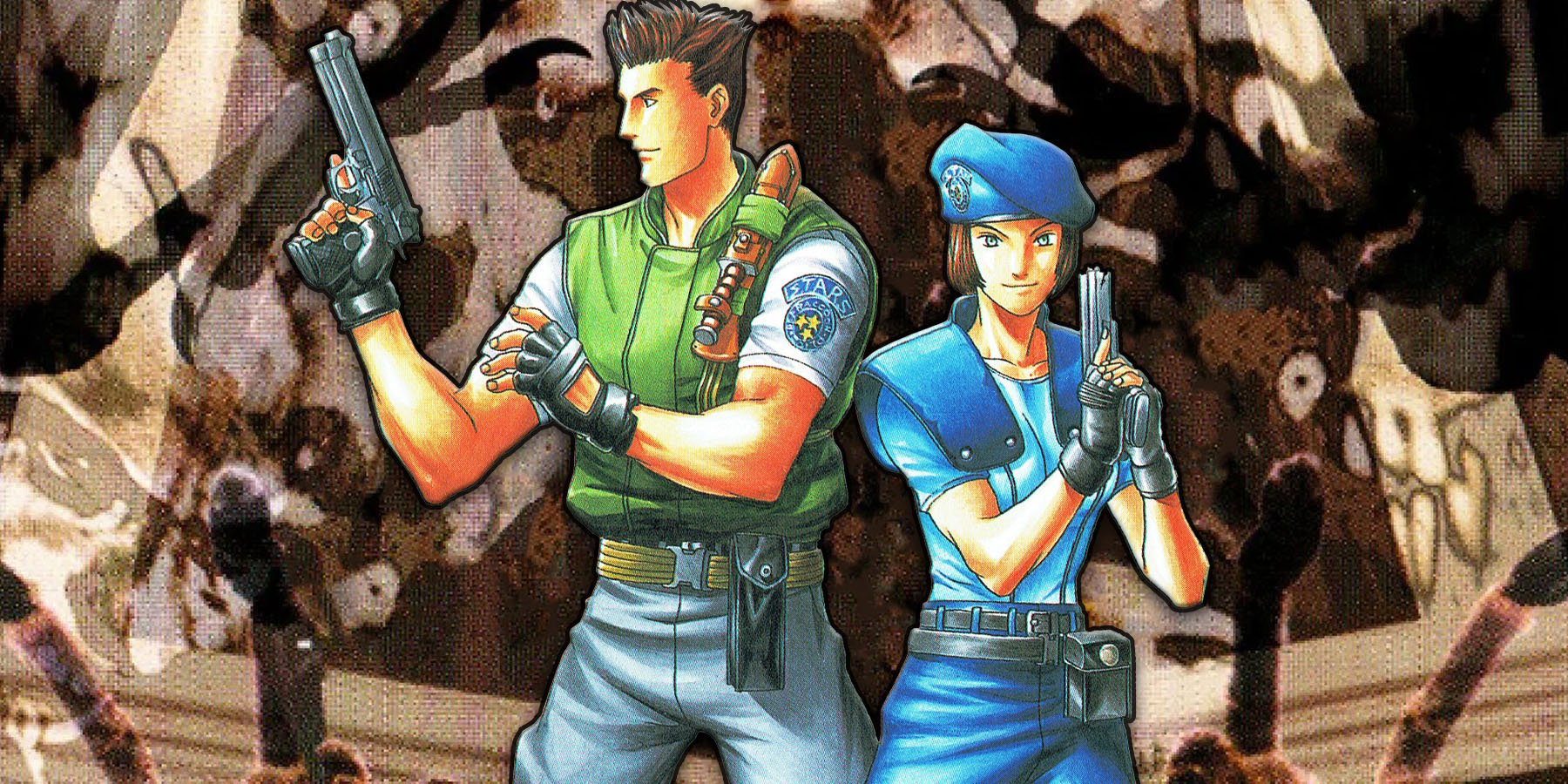 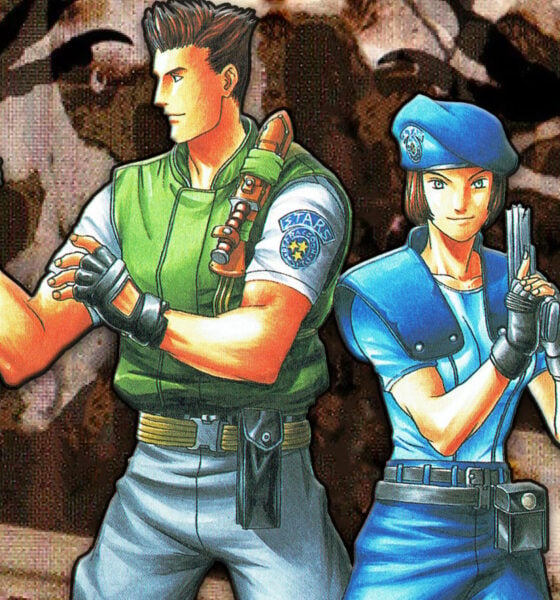 What Resident Evil lacks in modernity, it makes up for in the type of horror only video games can offer.

Video games have the capacity to scare on a much more intimate level than books or movies. A game turns its audience into active participants. You aren’t just watching the scares unfold, you’re experiencing them. The element of control fosters a deeper sense of immersion. Interactivity blurs the line between the audience and the avatar. The horror happens to you. While dated on a surface level, the original Resident Evil from 1996 is one of the best representatives of the intimate horror only a video game can offer. If anything, its age helps to highlight the horror genre’s greatest strengths in its basest forms.

Resident Evil won’t be particularly scary to most modern players, but how it builds tension through its gameplay loop, atmosphere, and level design is unmatched. Impactful horror in gaming is rooted in good game design. For Resident Evil, good game design means level design that plays off of fixed cameras and tank controls. It means a control scheme that intentionally limits how you can react and forces you to approach each beat of gameplay carefully. It’s there not being enough ammo to kill every enemy in the game or heal after every encounter, demanding tight resource management. Good game design is Resident Evil’s attention to detail in not only its visuals, but its audio. Every aspect works in tandem to make the experience as tense as possible.

Resident Evil taps into the fear of being alone in an unfamiliar space. A cesspool of fresh death, the Spencer Mansion is a setting as dense as it is tense. Fixed camera angles create a realistic sense of space and creatively obscure your vision, showing only what you need to see depending on the room’s layout and where you are in it. This also helps to create tension during the moment-to-moment gameplay. You can never truly know what’s lurking around the corner, but this is where great art direction meets impeccable sound design. Zombies groan and you can hear footsteps in the distance. The use of ambient music puts focus on the sound effects. If you listen carefully, you’ll never be ambushed. Yet that in turn creates another form of tension — the anticipation that something is coming and you cannot avoid it, especially in the mansion’s tight hallways.

Aesthetically, Spencer Mansion is unnervingly mundane. Unlike its 2002 remake which has a much darker (and perhaps “realistic”) atmosphere, the original Resident Evil has a fairly colorful palette. The lights are still on inside most of the mansion, keeping rooms brightly lit and casting shadows. It’s as if everyone just got up and left at once, or worse. The presence of so much light makes it more impactful when the game does cast you into darkness. RE makes use of pre-rendered backgrounds that spare no room for details. The graphics do carry a cartoony quality, but there’s enough reality at play in the art direction where no wall, floor, or piece of furniture looks out of place. The sheer visual variety likewise helps in immersing you in the setting. The mansion’s layout is elaborate and fantastical with its many puzzles but relatively grounded in reality. Every room has its own distinct purpose. It’s like you’re walking through a real space.

Control is the main distinction between video games and other forms of media. Resident Evil makes use of tank controls that make you feel more vulnerable during gameplay. Holding Up on the D-Pad moves you in the direction your character is facing. Down on the D-Pad doesn’t turn you around, but instead makes you slowly stagger backward. It’s a way of cutting distance while being pursued by a zombie, but you’ll need to physically turn your body Left and Right to fully turn. Your movement is inherently limited and you need to stay alert so you can react to anything. Running away from an enemy encounter is more nerve-wracking when turning around is a mechanic in and of itself. It’s an extra step in the gameplay, but also a way of keeping you intimately involved with even the simplest horrors.

This is also why you can’t attack and shoot. Readying a knife or gun locks you in place. You have to hold your ground and intelligently confront enemies from a distance — or simply not at all. The knife makes it theoretically possible to kill every enemy in Resident Evil, but ammo is scarce enough that you can’t do so with your guns. At least not on a first playthrough. Enemies don’t drop ammo. What you find is what you have to use for the whole game. This is true for healing items and Ink Ribbons needed to save. Resource management is an important part of Resident Evil’s gameplay loop, not just in what to use, but what to carry.

You can only carry six to eight weapons depending on which character you’re playing as. You have to consider which weapon to bring, ammo, herbs to heal if necessary, any items needed to solve puzzles, and enough space to pick up more items along the way. Any excess items can be stored inside of Item Boxes found in save rooms, but you need to manually store them yourself. If you run into an item while your inventory is full, you have to leave it behind for later. Depending on how many enemies you left alive on the path, it may not even be wise to backtrack later.

Tight resources mean you have to fight against a basic video game instinct. You simply cannot kill everything in your path without sacrificing ammo or herbs that might better serve you later. Enemies don’t die easily, either. The scarcity encourages you to pick your battles carefully and turns each gunshot into a risk that can potentially change the course of an entire playthrough. It’s important to explore thoroughly to find resources, but that also means putting you in danger and direct conflict with zombies, hunters, and other manners of undead. Gameplay becomes a matter of risk versus reward, where the main barrier is how much tension and horror you can personally endure.

Enemy behaviors keep combat tense while leaning into realistic fears. Zombies will slowly stagger towards you and lunge in to bite if they get too close. Some will puke on you instead of, or before, biting. They’ll pretend to lie dead so they can grab you once you walk over them. Hunters are fast, aggressive, and will actually hunt you throughout a room if they see you. They often hunt in packs, so running across a room without a game plan can often give you more trouble than it’s worth. Hunters will even dodge bullets if you spam your shots.

Different enemy types lean into more realistic fears. Zombified dogs erratically give chase on sight and are usually placed in tight corridors where one wrong step can mean being bit. Murders of crows are usually passive, but they’ll relentlessly peck you if aggravated somehow. You have to fight a gigantic snake twice, both in areas where its long tail can restrict your movement. Sharks swim much faster than you can wade through in the water beneath the Guardhouse. Giant spiders crawl over walls, are quick to strike, and are bound to unsettle any arachnophobes. Each enemy represents a different fear while creating unique forms of tension via gameplay.

More so than its enemy design, Resident Evil fosters fear through smart enemy placement. It’s rare that any one enemy is alone in a room. If they are, said room is usually small enough that walking in immediately puts you in danger. Clearing out a room also isn’t a guarantee that you’ll never run into enemies there again. The second half of the game recontextualizes the level design by tossing Hunters into the mix, turning late-game backtracking into one of the most heart-pounding parts of Resident Evil. You spend the first half of the playthrough fighting for an illusion of safety that shatters in a single cutscene. It’s more effective than a movie jump scare because you have to deal with the consequences of this new fear.

Horror is intimate by design. It’s a genre that reflects on what humanity fears and turns it into entertainment. Video games and their interactivity add another layer to the experience while necessitating different, arguably deeper, kinds of scares. Resident Evil makes you face fear head-on, but as an avatar grounded in reality. You can fight back, but only so much. You can run away and take hits, but you are not superhuman. Close camera angles and tight-level design immerse you into the setting while lending certain areas an almost claustrophobic atmosphere that naturally builds tension as you explore.

The original Resident Evil lacks the bells and whistles of its successors. Its remake eclipses it in terms of atmosphere, tone, and pure graphical fidelity — but that doesn’t make the game any lesser or its horror any less potent. What Resident Evil lacks in modernity, it makes up for in strong art direction, smart audio design, and a gameplay loop rooted in the type of horror only video games can offer: the thrill of being in a tangible space, the tension of exploring it, and the intimacy of even the simplest actions having consequences. The horror genre has come a long way since 1996, but Resident Evil is no worse for wear in 2022.