When most people think of graffiti, they imagine “tags,” or a stylized writing of a person’s nickname, but there are actually various types of graffiti that go beyond slogans, slurs, or political statements. Graffiti is more than just vandalism created by disaffected youth and its most current iteration is widely considered a new form of Postmodern art. Public works such as murals have become increasingly popular over the past four decades and as we veer past the first quarter of the 21st Century our planet is becoming more culturally intimate and ethically aware of it. Nowadays, even marketing and advertising creatives are taking advantage of its eye-catching appeal and large companies are hiring graffiti artists to produce murals to promote their products. There are firms out there dedicated to doing just that — including Tatscru, ALT Terrain and CriticalMassive, to name a few, but Microsoft did one better and hired Grzegorz “Gabz” Domaradzki, Craig Drake and Kevin Tong, three of the most famous graffiti artists to create Halo Wars 2 murals across six cities in the United States (New York, San Francisco, Los Angeles, Miami, Chicago and Austin). It’s a brilliant marketing move on the part of Microsoft in order to help promote the launch of Halo Wars 2 on PC and Xbox, and has me wondering why more video game developers haven’t done this in the past especially given that graffiti has become an important part of video game culture, featured in such games as Jet Set Radio, Rakugaki ?koku and Marc Eck?’s Getting Up: Contents Under Pressure.

Advertising has been ubiquitous on city streets for so long that many people simply ignore it so it’s no wonder why brands are increasingly turning toward guerrilla tactics to amp up their marketing. Graffiti can draw the eye in a way that normal, everyday advertising cannot, provoking conversation and true brand awareness. Hopefully, other video game developers will follow Microsoft’s example in the near future, and who knows, maybe one of these days your favourite video game will be featured on a mural in your city. 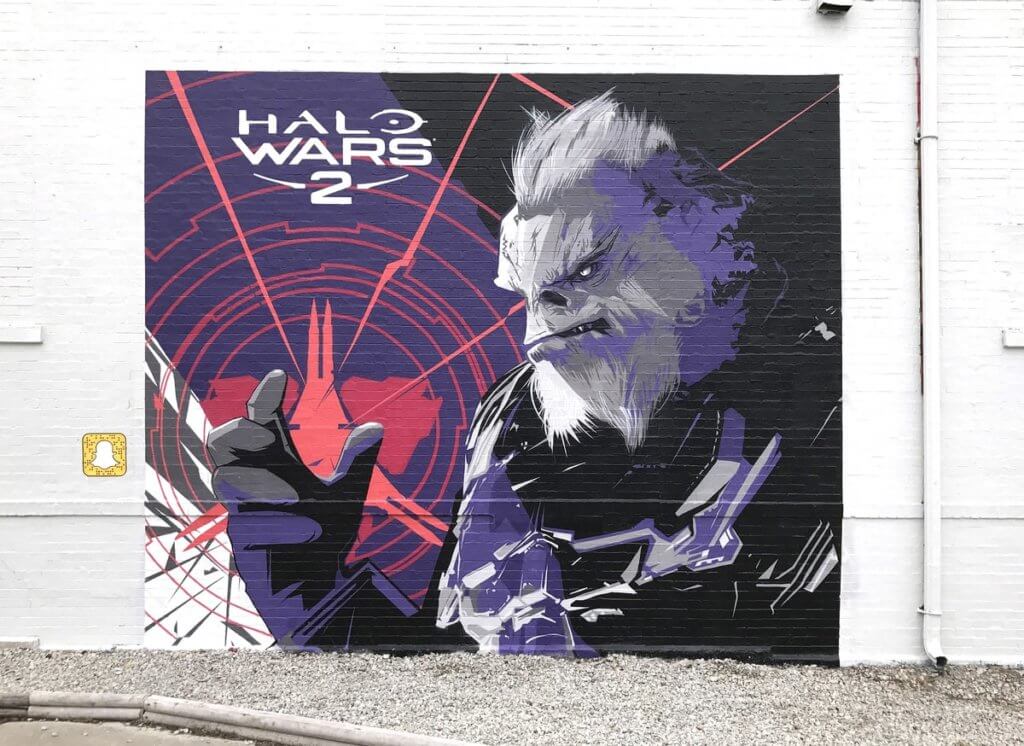 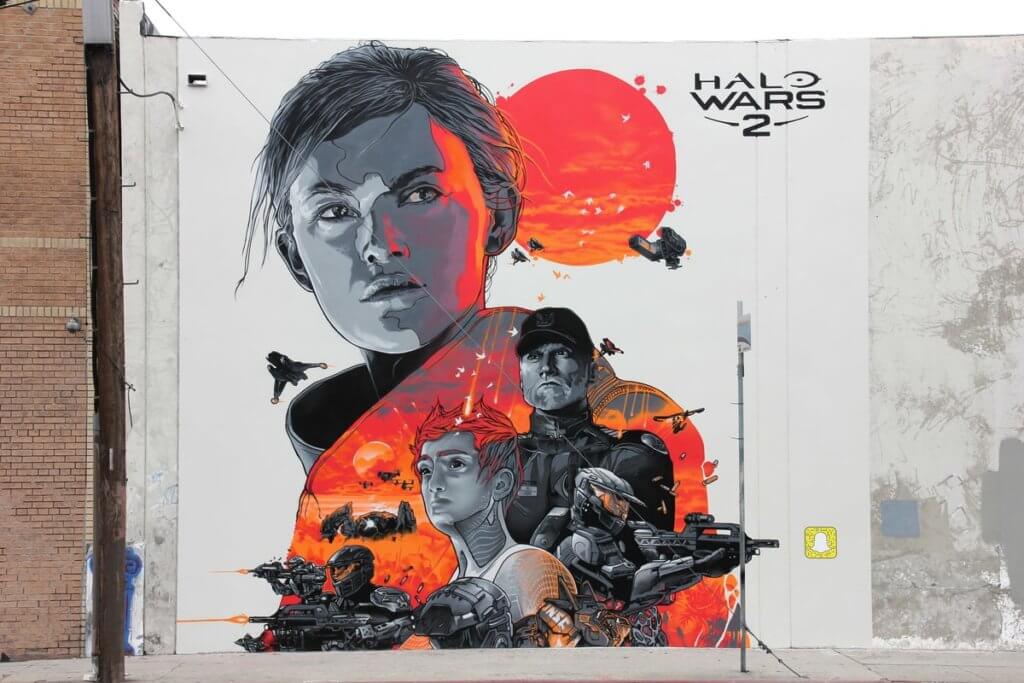 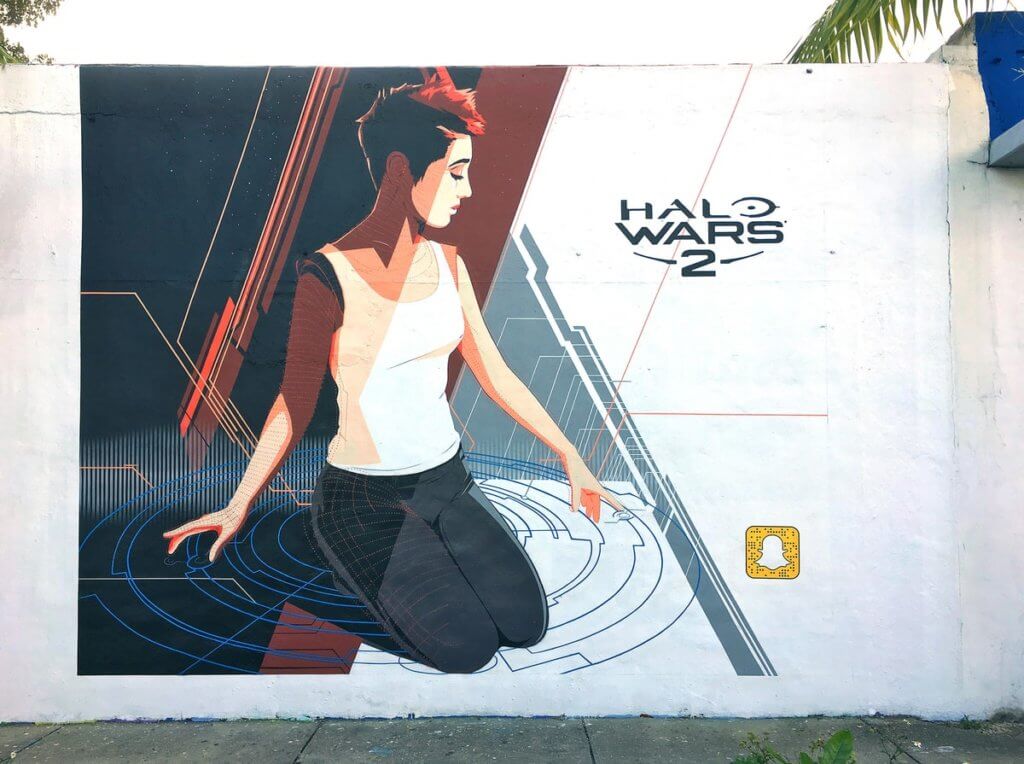 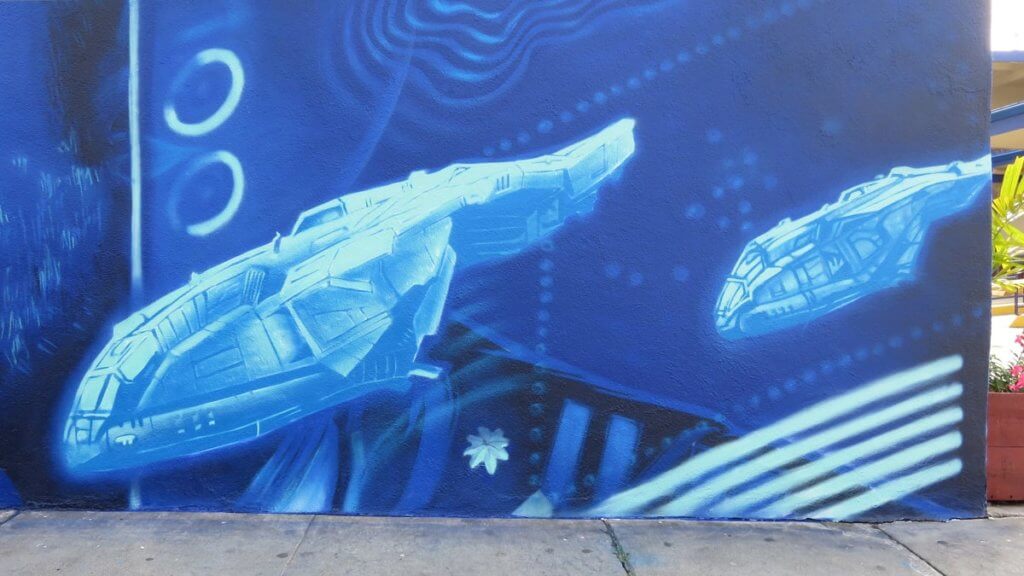