For the Metroid fan, it’s either feast or famine. Up until last June, series devotees were in a record-long drought, having waited seven years for word of a…soccer-less Metroid game. But then E3 2017 landed the one-two knockout of Metroid: Samus Returns and Metroid Prime 4. It was as if history had nearly repeated itself, as fifteen years earlier the simultaneous release of Metroid Fusion and Metroid Prime ended another near-decade-long dry spell. And while Metroid Fusion remains a fondly remembered game, Metroid Prime stole the show, bringing the franchise into 3D while collecting countless accolades. But how does the Gamecube’s killer app hold up a decade and a half later? In celebration of Metroid Prime’s return, I will be systematically analyzing the design of each of the original’s main areas. Tally-ho, Tallon IV — it’s time to scan you region-by-region. In this entry, I will look at the game’s seventh and final area: Impact Crater. 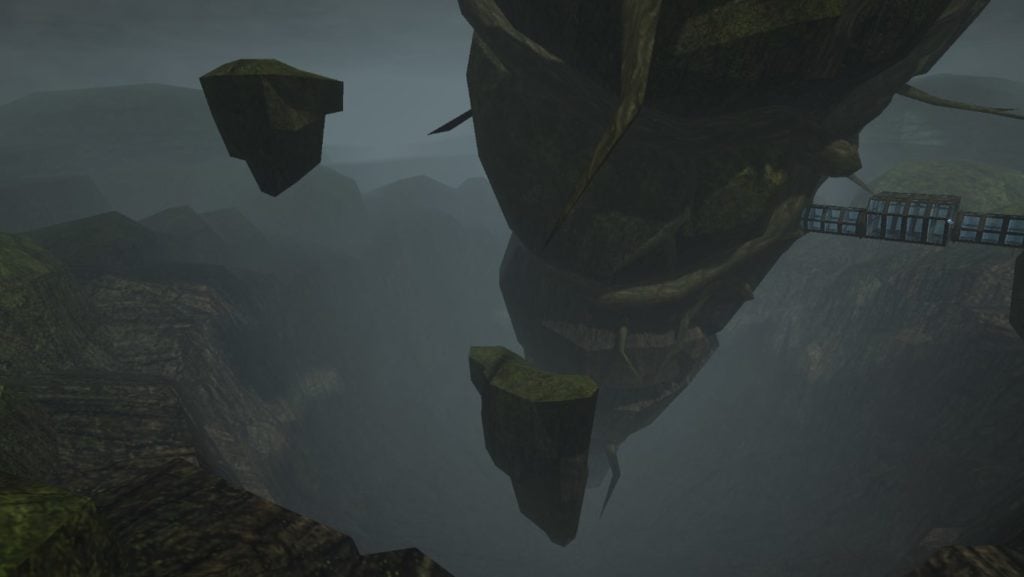 After chasing down twelve artifacts in a lengthy tacked-on fetch quest that represents Metroid Prime’s nadir, Samus battles Meta Ridley at the Artifact Temple sealing the Impact Crater. Upon beating Meta Ridley and returning the twelve artifacts to the totems, Samus is granted access to the game’s final region. The crater itself was caused by the crashed Leviathan that introduced Phazon to Tallon IV, meaning that by entering the crater Samus is also entering ground zero for the destruction of Tallon IV to which she has been privy throughout her journey. Much of the area is reminiscent of the insides of a sickly monster with red fleshy walls and jagged white platforms that look like misshapen teeth, not unlike Inside Jabu-Jabu’s Belly. Meanwhile, much of the surroundings are covered in a rare orange Phazon that blends the toxicity of the Phazon Mines with the molten color palette of the Magmoor Caverns.

Like a period that ends a beautifully composed sentence, the Impact Crater is a brisk jaunt toward finality that brings a quick close to a special journey. In its brevity and uniqueness it is unlike many levels of other classic Nintendo games, such as Ganon’s Castle in Ocarina of Time or the Darker Side in Super Mario Odyssey, that bring back elements from throughout their heroes’ journeys in a sort of final gauntlet summarizing all that came before. Instead of a culmination or miniaturization of the game as a whole, the Impact Crater is a short, strange, otherworldly environment that keeps the player on their toes before throwing the game’s most intricate, specialized, and poignant enemy at them. If the Phazon Mines are the belly of the beast, then the Impact Crater is the belly’s belly, where much of the game’s narrative, gameplay, and design patterns reach a quick climax and conclusion (though Ridley’s connection to Metroid Prime and Tallon IV could have been made much clearer). 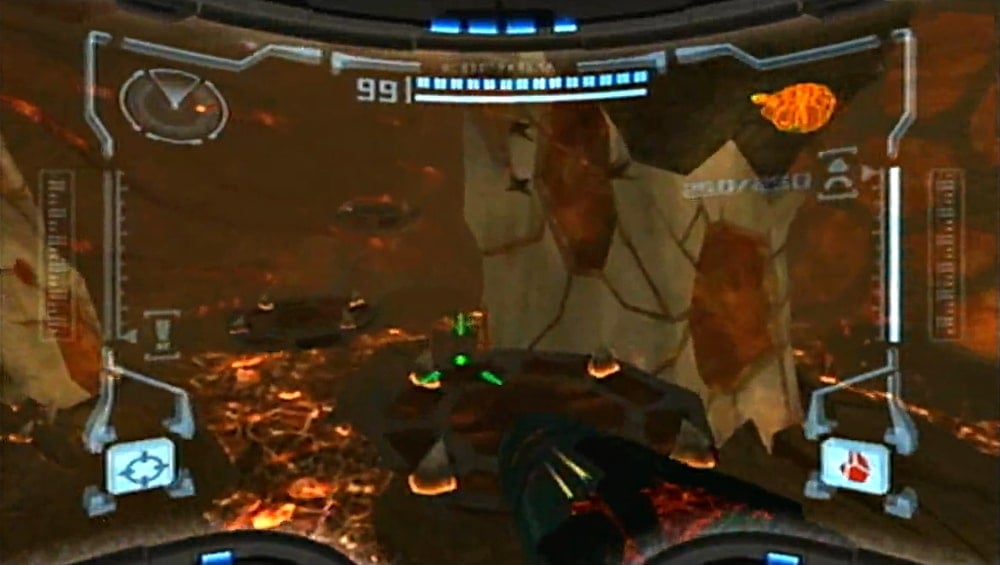 In terms of square acreage, most of the Impact Crater is reserved for the final fight against Metroid Prime, which takes place across seven of the Crater’s twelve rooms (perhaps not coincidentally, there are also twelve artifacts). That battle moves deeper and deeper through the Impact Crater as Samus gets closer to defeating Metroid Prime, which perfectly merges topography, narrative, and gameplay to feel like the game is reaching its apex. Outside of the boss arenas, there are two hallways, the entry save room, a missile station room, and one sizable chamber where Samus must hop upward along small floating platforms. In the hallways, there are swarms of Lumigeks, luminous geckos that pose little threat, while the Fission Metroids are in the large central chamber. While the Lumigeks are somehow endearing and the Fission Metroids manage to play off Metroid Fusion while also requiring beam switching unique to Prime, only have two endemic baddies underscores just how cramped the Impact Crater is compared to other regions. 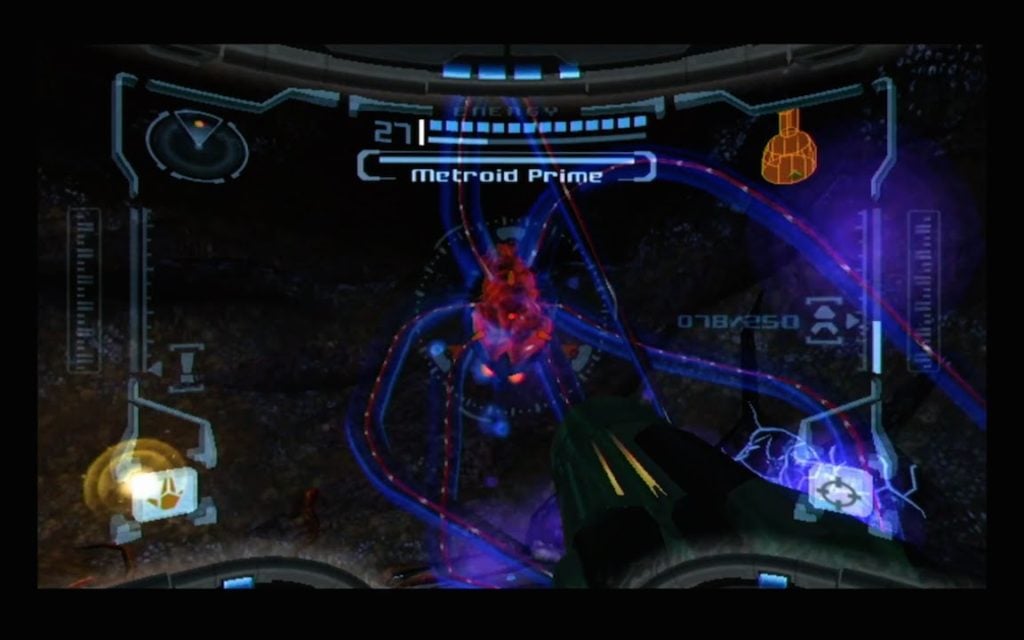 However, the Impact Crater’s main attraction is the game’s final boss, Metroid Prime. Fortunately, Metroid Prime doesn’t fall prey to some of the weaknesses of other bosses, and when it does it somehow feels fitting. For example, even though the first phase of the fight can be repetitive in terms of strategy, having it take place across multiple arenas lends it an epic cadence and alters the battle just enough to stay fresh. And even though the player must wait a long time for offensive windows, playing defense here is more enjoyable than in other battles and the sense of it only being open to attack at certain moments lends it an air of impermeability that makes it a suitably intimidating final boss. Furthermore, its design and combat recall and modernize elements of Super Metroid’s final boss, and Metroid Prime’s final form is especially clever. While prior phases focused on switching beams, this final phase demands Samus switch between visors while finally utilizing the incredibly empowering Phazon Beam. This strategic use of beams and visors makes for some of the most compelling combat in the entire game, and the single best integration of said beams and visors. All said, Metroid Prime is perhaps the game’s strongest boss battle because of its maverick climatic design as well as how the shared flaws of many of Prime’s bosses (such as long waiting times and the overall length of the fight) better fit a final boss.

As a whole, the Impact Crater is more of an elaborate final boss chamber than a full region. Yet given its tiny stature, it is surprising how quickly and thoroughly it establishes a unique sense of place wholly unlike anywhere else in Metroid Prime. It may be severely lacking in complexity, depth, and diversity compared to the other, much larger regions, but the boss battle it houses is first-class, and most of the game’s narrative and procedural threads feel like they come to a fitting conclusion here. In short, it does what it’s supposed to do quite well, albeit so briefly that it is difficult to consider it its own distinct region.