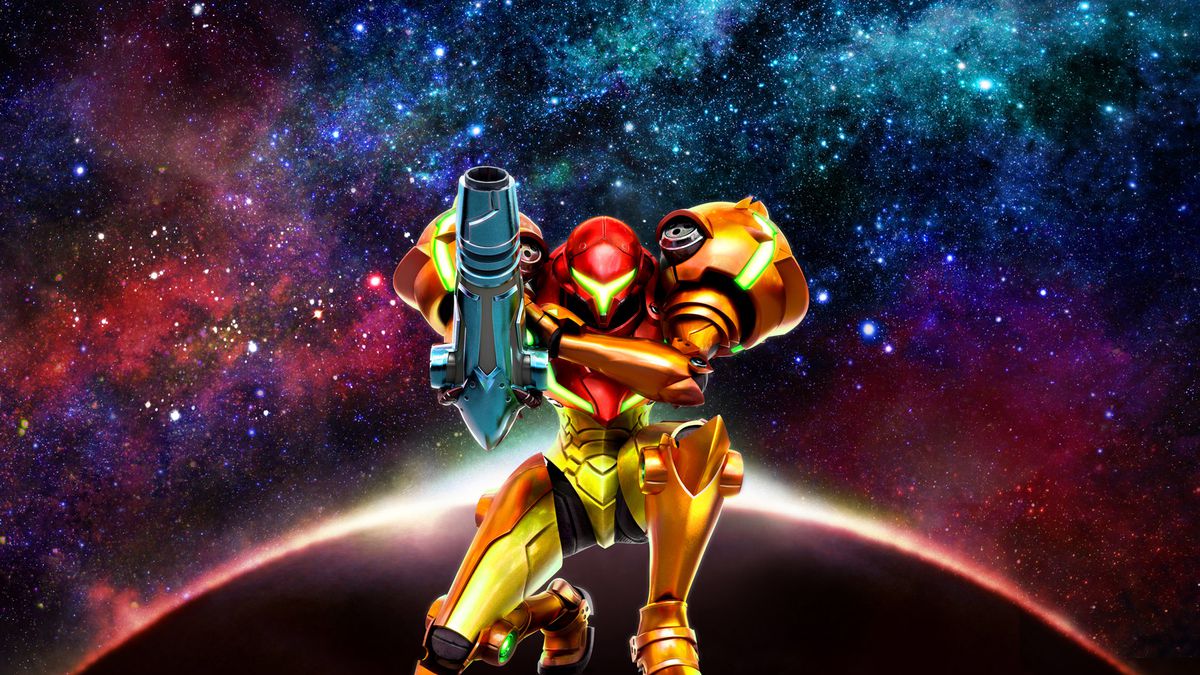 Editor’s Note: This is our original review of Metroid: Samus Returns which was published on September 13, 2017.

The Metroid franchise deserves all, and any, praise it has received over the years, if only for launching a winning formula, and one of Nintendo’s greatest franchises. From the NES debut to the Super Nintendo classic, to the underrated handheld entries, and the 3D debut, with the Prime series, the Metroid games have, for the most part, been providing fans with countless hours of high-quality entertainment. Nintendo’s sci-fi series helped pioneer the idea of non-linear exploration, and, even after 30 years, its influence on the industry is still felt. In the three-plus decades since Metroid first launched, there have been countless imitators, many forgotten and some beloved, yet despite the number of games that can trace their lineage back to Samus Aran’s first adventure, none, in this critic’s eyes, has come close to equaling the level of artistry found in the best of the Metroid series.

Metroid: Samus Returns, which launches this week on the Nintendo 3DS, can be added to the list of greatest games ever made for a Nintendo console. Samus Returns is technically brilliant, tense, and visually breathtaking, and there’s not a moment in this game that doesn’t excel well beyond the usual genre trappings. The long-awaited return to Metroid’s side-scrolling roots is simply amazing, and if you have fond memories of battling the titular parasite critters in a 2D setting, Metroid: Samus Returns might just be your kind of return trip. It’s been thirteen years since the last 2D game (Metroid: Zero Mission) was released, and thankfully Samus Returns supplies enough visual spectacle, tense action, and sticky, slithery monster attacks to hit the sweet spot with fans worldwide. Samus Returns is an experience that sticks with you and begs for numerous revisits — the kind of game that marks career milestones and makes you wonder why it has taken so long for Nintendo to give fans what they really want.

Hey Samus. Has anyone ever mistaken you for a man?

MercurySteam (best known for breathing new life into the Castlevania franchise) is the company responsible for putting Samus back on the map, and they deserve plenty of praise for delivering a game that lives up to the unsustainable hype. Samus Returns looks, feels, sounds, and moves like a traditional Metroid game, and longtime fans will be happy to know that Yoshio Sakamoto’s influence is most definitely felt throughout.

Technically, Samus Returns is a remake of Metroid II, which first launched on the original monochromatic Game Boy, but to simply label Samus Returns a remake/remaster feels criminal. The Spanish developers did well in remaining faithful to the basic structure, but took a number of creative liberties along the way, introducing a host of new features, and therefore making it more appealing to modern audiences. If anything, Samus Returns is a ground-up re-imagining of the 1991 title, and the game packs a much more visceral punch than its predecessor.

Samus Returns has been changed, updated and revamped in many ways from the original, but one thing that hasn’t changed is the plot. The story takes place immediately after the events of the first game, and right from the outset, Samus lands on SR388, the home planet of the Metroids, where she must explore a subterranean cavern and seek and destroy — count ‘em — all forty Metroids scattered across the planet. Her mission is essentially to commit genocide, and each time you defeat a parasitic monster, you must collect their DNA and bring it back to their altar, which drains a pool of acidic lava, thus allowing you to further explore the ominous planet (I swear, someone one day is going to write a 2000-word think piece about religion, war, and genocide and tie it into this game).

As in all Metroid games, you start out with a limited arsenal of weapons and abilities, but over time you’ll unlock new ones, which in turn allows you to defeat new enemies and open up new areas to explore. In terms of story, Samus Returns won’t change the way people think about the franchise, but it reinforces the series’ strengths without alienating its biggest fans. Despite some gorgeously-rendered animated cutscenes, Samus Returns plays out like a silent film. That is to say, there is no voice acting, no dialogue, and no explicit storytelling. It’s just you and one bounty hunter on a mission, and its a better game for it.

When it comes to technical wizardry and sheer visual spectacle, Metroid: Samus Returns unequivocally delivers. Added to the expected nature of the game’s plot twists is the spooky, H.R. Giger-influenced production design, fluid controls, and colorful visuals. Samus Returns is bright, beautiful, yet dark and brooding. The level of detail in each of the environments is remarkable — from the plant-infested caves, bubbling pools of lava, crystal caverns, glistening waterfalls, and the vast subterranean Chozo ruin, Samus Returns may just be the best looking game on Nintendo’s portable system. MercurySteam really pushed the 3DS to the limit, especially with the boss battles, which feature some of the biggest highlights the platform has ever seen. In fact, Samus Returns is such a visually exquisite, unmissable game that it demands and deserves to be seen and played on the biggest screen available; it’s a shame it isn’t available on the Nintendo Switch as well.

Of course, as with the best Metroid games, as you explore the world, there’s a powerful feeling that you’re completely alone, and that feeling of isolation goes a long way in helping to heighten the slow-building, atmospheric tension. Truth be told, reviewing the game prior to release brought back a feeling I haven’t felt in quite some time — the same feeling I had as a kid playing through a game before the days of online walkthroughs and Let’s Play videos. There was nowhere for me to turn to for clues — no Nintendo Power, no strategy guide, and nobody to help. It was just me making my way through complex environments, and being forced to play the game with little in the way of directions.

Compared to Metroid II, Samus Returns is massive, and if my memory serves me correctly, it seems that the original game’s entire layout has been completely redesigned. This is without a doubt the biggest map of any Metroid game outside of the Prime series — a dense and complex maze that requires you to constantly explore and re-explore areas. Yes, Samus Returns does require quite a bit of backtracking, and in true Metroid tradition, you will constantly come upon locked areas forcing you to investigate every nook and cranny. The good news is that the game is constantly rewarding players for backtracking since every area is littered with new surprises, abilities, and upgrades that you won’t have access to right away. And with each new ability, Samus is able to unlock new areas and uncover secrets hidden throughout the serpentine labyrinthine.

Metroid Samus Returns is quite simply an amazing game, and another huge win for Nintendo…

In addition, in order to aid the player in their journey, Samus Returns includes a new ability that makes probing every corner of the planet easier. The scanning mechanism acts as a cheat (recommended for newcomers) and reveals the secret entrances to nearby rooms and lost treasures. Meanwhile, thanks to the 3DS’ dual screens, the second screen not only serves as a helpful map, but also allows you to place visual markers to help you find your way around.

In gameplay, Samus Returns distinguishes itself from the older games by adding some new moves, the best of which is a timed counter-attack. Though parrying takes a bit of time to get used to, it becomes incredibly useful in boss fights. And that’s not all: in previous Metroid games, Samus can attack in eight directions, but with this installment, that is no longer the case. Samus Returns introduces Free Aim, an ability that allows Samus to aim in 360 degrees by holding the left trigger. Upon doing so, her gun will release a laser pointer that can easily target enemies from afar. The level of freedom this gives players is much appreciated, as it allows you to easily pick off enemies from a distance, solve puzzles, and uncover hidden secrets. There are other abilities as well, including the Grapple Beam, Power Bomb, and Super Missile pulled from later Metroid games, and the likes of the heat-resistant Varia Suit, the screw attack, the Ice Beam, and the High Jump Boots all make their return as well.

Finally, I can’t end this review without mentioning the boss battles. Like Metroid Prime, Samus Returns cleverly places equal focus on exploration and combat, and as mentioned above, the objective is simple: kill Metroids. All forty serve as mini-boss battles. While the notion of 40 slightly-evolving mini-boss battles may seem a tad bit tedious, these Metroids come in five types, each representing a stage in the alien’s life cycle. The highlight of the game is the Metroids themselves, and as you progress through the game you’ll come across increasingly more advanced versions, starting with the Alpha Metroids, and eventually working your way up to the Omega Metroids, and so on. Early Metroids are fairly easy to defeat, needing only a counterattack and a few missiles, but the Metroids quickly evolve, leading to complex battles with challenging attack patterns to memorize.

In boss fights, countering often loads a cutscene, and don’t be surprised if, while in battle, a Metroid decides to just get up and slither its way to another room, forcing you to give chase. It’s tempting to continue to describe the brilliantly-staged scenes of horror and surprise, but it would be a shame not to allow the game to reveal its own secrets. It’s enough to say that the tension is savage, and that you are held in suspense, right up to the very end. There’s one fight in particular that will blow you away, and regardless if you are familiar with the ending of the original game, Metroid: Samus Returns has a surprise for everyone who finishes it.

Metroid Samus Returns is quite simply an amazing game, and another huge win for Nintendo, who is having a banner year. It’s also a great game for anyone not familiar with the franchise, as newcomers will welcome the scan ability mentioned above, and Samus Returns also comes with numerous checkpoints and a teleporting station that makes backtracking through areas less tedious. In almost every respect, Samus Return is a near-perfect game. It takes much of what worked in the original and dramatically updates it to modern times. It’s everything a sequel should be, and while I wouldn’t go so far as to call it a masterpiece, there’s definite mastery here.