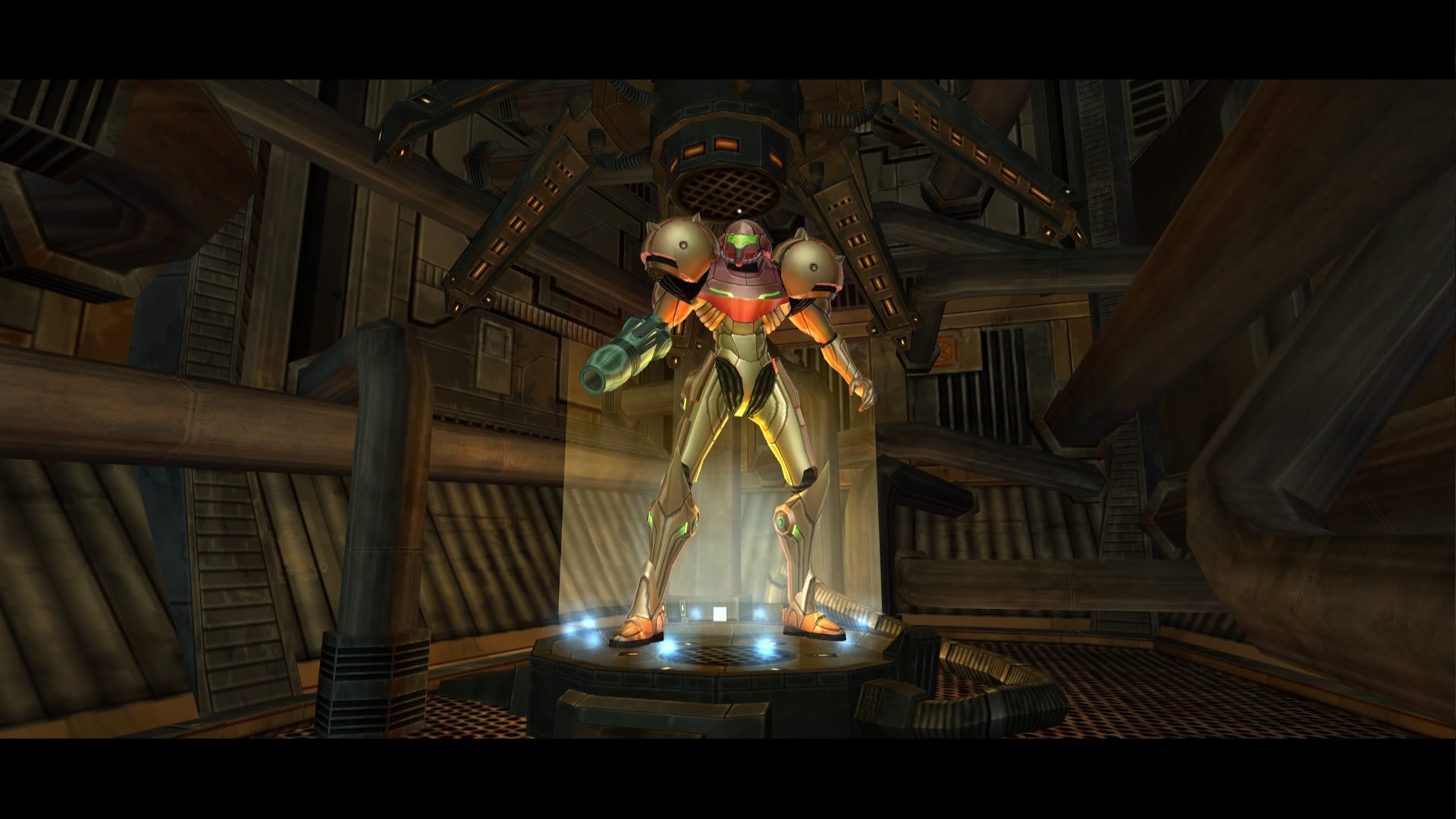 I grew up watching my Dad play games. When I was little, he would let me sit on his lap and watch him play games while I hammered away at an unplugged controller. From the likes of Super Mario 64 and Master of Orion 3 to Fight Night Round 2 and Paper Mario: The Thousand-Year Door, whatever my Dad was playing, one could rest assured that I was somewhere nearby, watching. Oftentimes, we’d even share the same profiles and I would spend hours exploring the world of Metroid Prime while he was at work, soaking up the beautiful world of Tallon IV in all its glory.

One day, after my Dad had collected all the Chozo Artifacts, he made his way to the Artifact temple and encountered Samus’ old nemesis, Ridley, there. Having never played a Metroid game before, I was shocked at the sudden appearance of the space dragon and, to be fair, he was pretty scary.

We spent the next few weeks trying to beat him but simply couldn’t make it past his second form. His charges on the ground were just too brutal and quickly reduced Dad and my efforts to dust.

One day, when we went to our local library to get on the Internet (yes, kids, there was an era when you went somewhere to get on the Internet) Dad and I researched how to beat Ridley. We pored over strategy guides and searched GameFAQs relentlessly to find out how to beat him. Finally, we stumbled upon the secret that we were looking for: when he leans back to charge, hit him with the Wavebuster.

Having committed our newfound knowledge to memory, I went home, assured that someway, or somehow, we would finally be able to defeat Ridley. Then, it happened.

One day, when Dad was watching TV with my Mom, I decided to try out the new strategy. After all, what would it hurt to just try and defeat him? I didn’t expect that I’d win, much less what happened next.

As I was finishing my piece of pizza (Little Caesar’s was better back in the day), I wiped my greasy hands off on my pants and commenced playing. The first phase went as it always did, hammering away at Ridley with the Plasma beam until his wings burned up. The infamous second phase was coming up, something that made me very nervous.

My hands sweating profusely, I could hardly maintain a grip on the controller. In a tense dance back and forth, we exchanged blows.

Finally, the moment of truth came.

As Ridley rared back, getting ready to hit me with another one of his quick and deadly charges, I charged up the Wave Beam, my hand quickly sliding from the A button to the Y button.

Like a bolt from the blue, a beam of purplish electricity shot from Samus’ arm cannon and ripped into Ridley. His health began to drain and so did my supply of missiles. I didn’t know if I was going to make it and it seemed like an eternity before, finally, he met his end.

I was genuinely shocked. I hadn’t expected to even get close to beating Ridley, much less finish him off as quickly as I did. I got up and ran excitedly to tell my Dad. At first, he thought I was kidding, but then quickly realized that I was serious and, to be honest, I think he was more excited than me. There are few things that can make a boy happier than his Dad being proud of him, and, on that day, I was evidence of that. I remember glowing from head to toe, so proud of what I had accomplished.

It was a moment that would change my life. For the first time, I had successfully taken down a difficult boss all by myself. After downing Ridley, I was soon tackling more intense and challenging bosses (I’m looking at you, Spider Ball Guardian from Echoes) than I ever thought I could do.

That moment gave me confidence, it made me proud, and, most importantly to me, it made my Dad proud.