For the Metroid fan, it’s either feast or famine. Up until last June, series devotees were in a record-long drought, having waited seven years for word of a…soccer-less Metroid game. But then E3 2017 landed the one-two knockout of Metroid: Samus Returns and Metroid Prime 4. It was as if history had nearly repeated itself, as fifteen years earlier the simultaneous release of Metroid Fusion and Metroid Prime ended another near-decade-long dry spell. And while Metroid Fusion remains a fondly remembered game, Metroid Prime stole the show, bringing the franchise into 3D while collecting countless accolades. But how does the Gamecube’s killer app hold up a decade and a half later? In celebration of Metroid Prime’s return, I will be systematically analyzing the design of each of the original’s main areas. Tally-ho, Tallon IV — it’s time to scan you region-by-region. In this entry, I will look at the game’s fifth area: Phendrana Drifts. 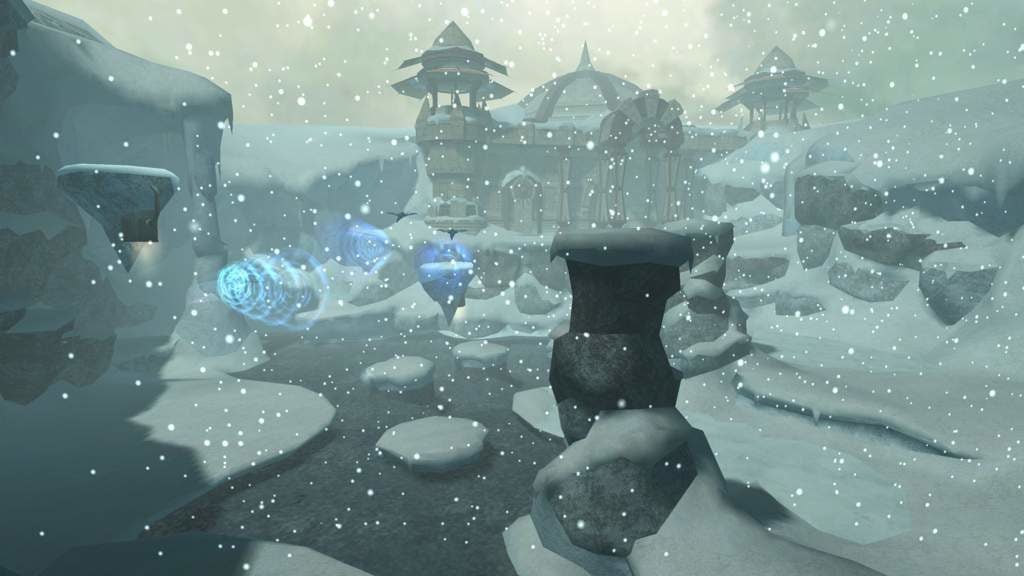 After making her way through the Magmoor Caverns, Samus reaches an elevator leading to Phendrana Drifts. And then…holy moly, Phendrana Drifts!  Between the sprawling vista, arctic setting, and immaculate music, those first steps onto the Phendrana Shorelines are among the most evocative of the entire game. After the cramped, scorching tunnels of Tallon IV’s molten underworld, Phendrana immediately feels like a deep breath of crisp air. While the Shorelines are no doubt what springs to mind when many players think of this region, Phendrana Drifts also incorporate a Space Pirate research facility called Glacier One, as well as a flooded sector known as Phendrana’s Edge.

Aesthetically and procedurally, the Shorelines are undoubtedly the most unique and unencumbered of the three areas, but taken as a whole, this zonal triad evidences how efficiently Metroid Prime’s naturalism can blend with Chozo and Space Pirate lore. For example, Glacier One is located there due to metroids’ inability to tolerate the cold, while the multiple Chozo religious sites are seem especially authentic because if any region could inspire a religious experience, it would be Phendrana.

While the overall aesthetic of Phendrana Drifts is astonishing, its layout is a mixed bag. On one hand, the panoramic exteriors of the Shorelines are arguably the most impressive environment in the game, not only in terms of visual design but also in how clear visual telegraphing makes navigation fair and purposeful. Indeed, the opening room is a no-holds-barred set piece where players can revel in wonder, but it is also immediately visually comprehensible.

On the other hand, Glacier One suffers from a bland copy-paste layout that inspires confusion and tedium. Furthermore, many rooms throughout the region (the Observatory, Research Core, Frozen Pike, Phendrana’s Edge, Gravity Chamber, Ruined Courtyard, and more) are so vertically oriented that they make traversal through the the whole of Phendrana less enjoyable and diversified than it could have been. Finally, Phendrana Drifts’ placement at a far end of the world map may contribute to its exoticism, but only connecting to the Magmoor Caverns makes Phendrana a hassle to access, and puts an undue burden on the too-linear Caverns to act as a fast travel network. 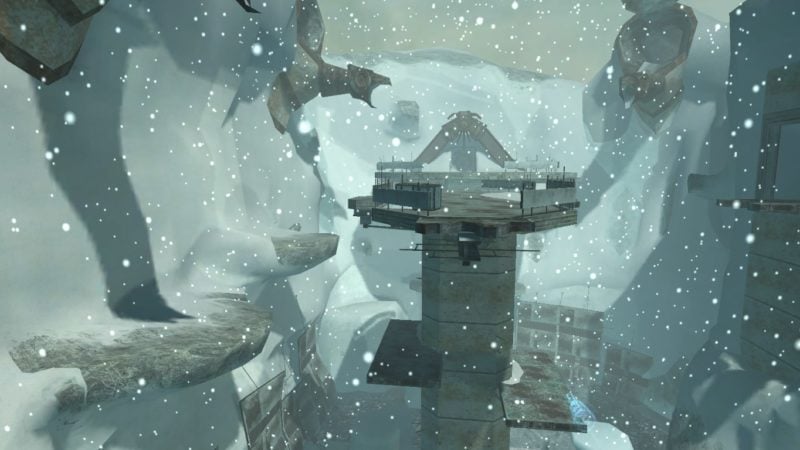 Phendrana Drifts’ main theme is its boreal setting. In terms of art, this is arguably the most distinct region of the game, and while other naturalistic regions ditch lore entirely, the frigid temperature and remote location justify the presence of the Chozo and Space Pirates. But Phendrana Drifts also integrates its climate in more subtle but equally effective ways. For one, the white and blue color scheme is not only visually stunning, but also clear-cut. Because of this optical minimalism, secrets in the region are less frustratingly hidden, and minor environmental variations that would go unnoticed in other regions (such as enemy Sheegoths hiding under snow) are vividly articulated and thereby more potent.

And though it would have been cool to even more deeply integrate snow and ice into gameplay (it may be trite, but sliding in particularly cold chambers could have added a strategic element to combat and traversal), small touches such as using the Plasma Beam to melt the ice around an Energy Tank or using a Missile to collapse a stalactite seamlessly blend gameplay with environment to more fully immerse the player in their surroundings. In sum, this thorough intermingling of art, story, and gameplay demonstrates sophisticated world-building that is both quintessentially Nintendo and atypically adult.

Phendrana Drifts holds three Energy Tanks, six Missile Expansions, two Power Bomb Expansions, three Chozo Artifacts, the Boost Ball, the Wave Beam, the Super Missile, the Thermal Visor, the Spider Ball, and the Gravity Suit. While it is a bit lacking in generic power-ups, there are a slew of unique upgrades that impact combat, traversal, and interaction with the environment. The Boost Ball and Spider Ball, though used to greater effect in Metroid Prime 2, are both thoughtfully implemented within puzzles and maze-like Morph Ball sequences. Meanwhile, the Gravity Suit makes underwater movement less of a chore, and the Thermal Visor works better than the X-Ray Visor in giving Samus a trimmed-down rundown of her surroundings. Finally, the Wave Beam and Super Missile are Metroid mainstays that seamlessly make the jump from 2D to 3D, with some added abilities and secondary effects to boot. Indeed, every one of these power-ups goes above and beyond expectations, feeling just as (if not much more) fully realized here as they did in the Metroid game from which they originated. 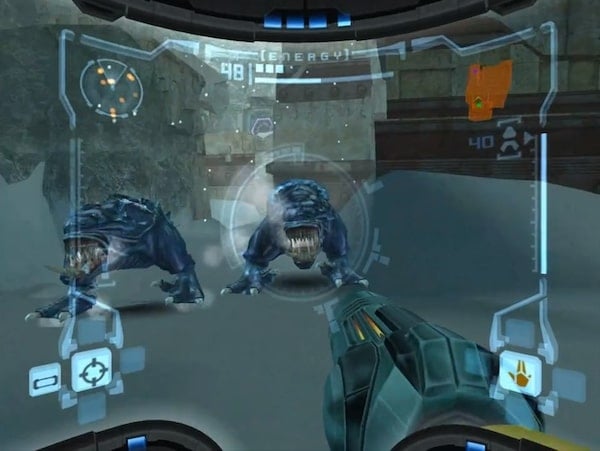 Phendrana Drifts’ beautiful and well-placed enemies perfectly fit their frigid environment, despite the majority being ice variants of past enemies. This should come as no surprise, since the region’s name derives from phenology: the study of the relationship between fauna and flora and their climate, season, and habitat. Minor touches to common enemy types give enemies such as the Ice Shriekbat their own identity despite being essentially identical to any other type of Shriekbat. Indeed, every enemy feels like it belongs where it is. However, there is also an undeniable lack of original enemy types, with the Baby Sheegoth and mini-boss Sheegoth (and arguably the Crystallites and Flickerbats) being the only creatures entirely specialized for the region. Although these Sheegoths are among the most dynamic enemies in all of Metroid Prime (every battle against them plays out like a duel), the region’s overarching enemy palette could have been much more distinctive with just a couple more originals.

Since Phendrana Drifts’ mini-boss is essentially a bigger, badder version of its most common enemy, a lot rides on the main boss, Thardus, to broaden and complexify the regions’ combat. And while this boulder-binded colossus proves an epic brawl, it’s not balderdash to think its downsides outweigh its upsides. For one, Thardus can easily take upwards of ten minutes to defeat, proving that the similarly drawn-out battle against Ridley is more the rule and less the exception to it. But while Ridley changes his tactics partway through, Thardus sticks to a tried-and-true formula that problematically alternates times of defense with times of offense, another troubling trend with Metroid Prime’s bosses. What makes Thardus a particularly egregious offender, however, is that its behavior feels especially scripted. It repeats the same attack sequence with little-to-no deviation, while also clearly limiting the amount Samus can damage him each round. Although no individual phase of the fight is outright abysmal, what could have been a rock-solid battle becomes dampened by unnecessary repetition that feels almost turn-based. 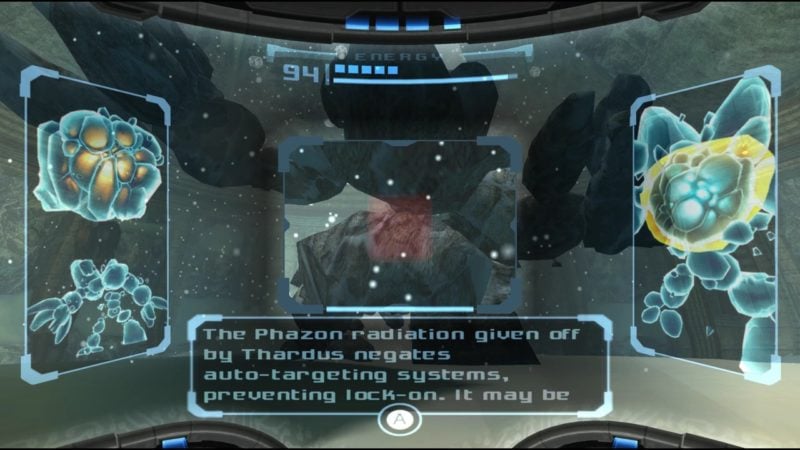 Phendrana Drifts is the most striking, unforgettable, and awe-inspiring region in Metroid Prime. While certain aspects of its design are derivative of other regions, and certain areas of its world work far better than others, its astounding presentation and brilliant minimalism make it a crisp breath of fresh air that doesn’t fall prey to some of Metroid Prime’s more pervasive flaws, such as backtracking and under-telegraphed collectables. For many players, there are few experiences in the entire medium that rival Phendrana Drifts in impact and ambience, and it remains one of the (if not the) definitive ice worlds in games.