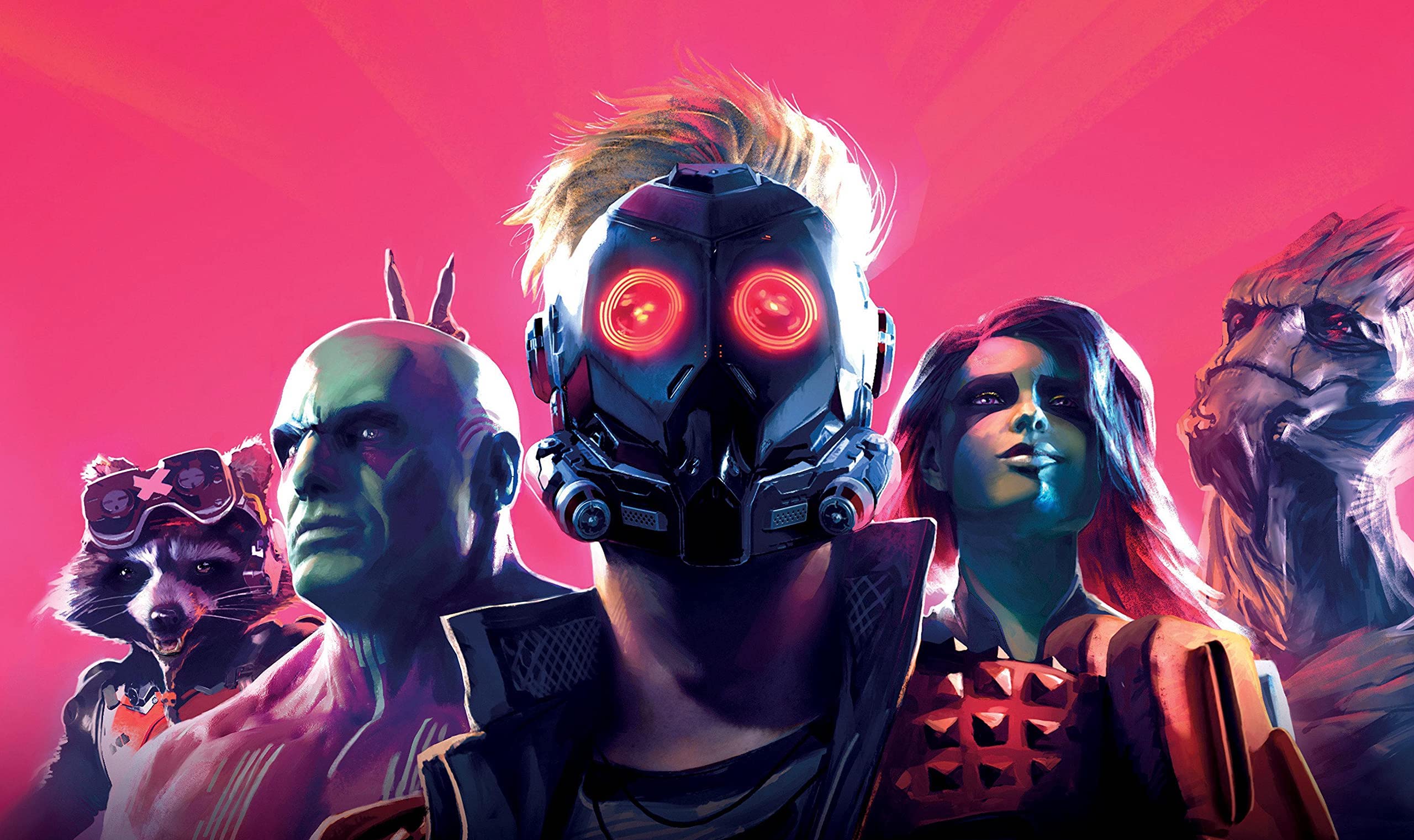 Square Enix and Eidos-Montréal’s new Marvel’s Guardians of the Galaxy game is out this week, and many fans will no doubt be powering through the title to see the story’s conclusion. It would not be a Marvel property without some form of a post-credits scene and Star-Lord’s latest adventure features two to breakdown. While both sequences are used in humorous ways rather than creating actual cliffhangers for a sequel to build off, these are Marvel’s Guardians of the Galaxy game’s post-credit scenes explained.

Spoiler Warning: This is your last chance to leave before we go into both the post-credits scenes of Marvel’s Guardians of the Galaxy game!

In the first post-credit scene, the player gets to complete one more dialogue tree while listening to Rick Astley’s Never Gonna Give You Up as Peter Quill speaks to himself in a final soliloquy to his bedroom mirror. Star-Lord believes that he will have to convenience the team to let Nikki Gold stay aboard the Milano as the newest member of the Guardians of the Galaxy.

Peter hilariously confronts the fact that he knows almost nothing about being a father figure. After being teased by the entire team for allegedly having a daughter he was unaware of throughout the game, Star-Lord crafted a father-like relationship with Nikki. The player is given a few options for Star-Lord to reflect on whether having Nikki around the other Guardians is beneficial for her own sake or not.

Just as Star-Lord is wrapping up his positive self spiel and about to confront his teammates on the matter, Drax the Destroyer calls Peter’s name out loud. The other Guardians unanimously agreed that their leader should sleep on the couch for the near future while Nikki would take his bedroom.

After an extremely long staff roll that players are given the option to skip over, a second post-credit scene initiates, however, this sequence does not come with any spoken dialogue or fancy visuals. The player is shown ten different slides featuring polaroids and blurbs of text to read that explains what exactly happened after the Guardians of the Galaxy defeated Magus.

The first slide about Star-Lord details how the leader planned to refocus on the branding of the Guardians of the Galaxy, kept the hole in his wall caused by Kammy the space llama, and received the “Key to Knowhere” from Cosmo. Calling back to the secret “refrigerator door” dialogue (a scene in which the team talks about how the refrigerator door on the Milano that players can close infinitely never stays shut), the text claims that Star-Lord is now using his gift from Cosmo to keep the appliance sealed for good.

The second slide about Gamora explains how she invited all of the Guardians to a “rigorous combat training” course to learn more of her techniques. After six sessions, Star-Lord jokes with her that the Guardians now “fight like ninjas”, but Gamora of course does not know what that means. The third slide about Rocket tells of how the genetic raccoon installed a hot tub aboard the Milano and renegotiated his contract so that he would never be thrown again or called innocent words like “cute” in front of their clients.

The fourth slide regarding Drax explains how he wished to honor their latest tale by inscribing Kathathian tattoos on every team member. While Groot’s tattoo quickly vanished, the other members of the team had sore buts for weeks. The fifth slide about Groot claims that the Flora Colossus is learning sign language from Star-Lord after his attempts to teach the Guardians Groot language failed. Having “Groot tea” during their sessions also caused Star-Lord to develop a plant on his head.

According to the sixth slide, Nikki Gold attended her mother’s funeral before joining the Guardians of the Galaxy as a permanent member. She now calls Star-Lord “dad” just to throw him off every now and then. Meanwhile, the seventh entry describes how Kammy’s wool was so popular that the Guardians were able to make a fortune off her skin on the black market. Since their fortunes have sprung from the creature, Drax has been knitting “Kammywool” mittens in his free time.

Meanwhile, the eighth and ninth slides detail how Mantis and Adam Warlock became absorbed in their own fame. Mantis felt she had perhaps fulfilled her dream of becoming a “Celestial Madonna”, even though her goal to wrap up the loose ends left by the Promise were never completed. Adam Warlock received the majority of the credit for defeating the Universal Church of Truth, however, after finally having enough of the praise he went off to take up the role of the healer. Adam Warlock put his future focus into helping those affected by the Promise return to reality.

Finally, and to end things off on a super adorable note, the beloved Soviet astronaut Cosmo the Spacedog gets to take up the final polaroid. The picture shows him barking in space while the text reads “Cosmo remains the best boy” (a statement that will always ring true).

Whether or not Marvel’s Guardians of the Galaxy may receive a sequel or not will be unknown for quite a while. Based on the game’s ending, there is definitely potential for a follow-up, however, all loose ends have practically been wrapped up.