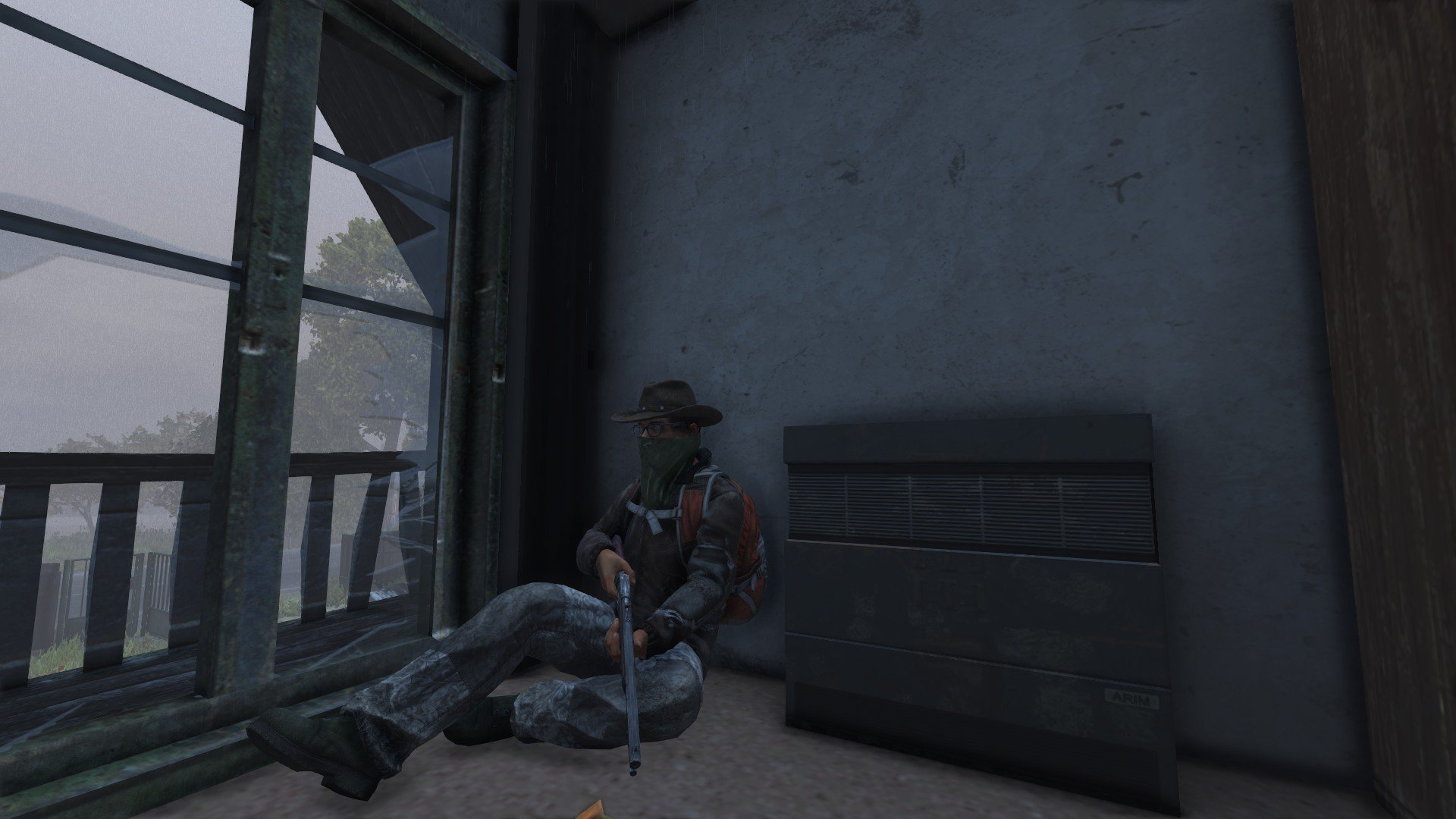 Think back to how many times the moral of a horror story has turned into something along the lines of “man was the real monster all along”. It’s the finale to King Kong, both Dawn of the Dead and Day of the Dead feature it as a theme, and countless classic monsters like Hyde of Dr.Jeykll and Mr. Hyde or The Wolfman are thinly veiled metephores for the beast lying just below the surface of your average man.

Everyone knows that mankind is, inherently, evil. We often see this in gaming too, with players finding ways to torment and break AI or entire games for the pure enjoyment of it. There’s a sick pleasure in doing bad, because we’re able to separate fact from fiction and know there’s no real consequences to our actions. A real cop isn’t going to arrest you for going on a rampage in GTA V and you’ll never be thrown in jail for your actions in Payday 2. Being bad is really good sure, but being bad to other people is even better.

DayZ is perhaps the best example for mankind’s capacity for evil in online interactions, at least as far as gaming is concerned. Anyone who’s played DayZ for a few hours will tell you the golden rule of the game: You are going to be killed by another player. Technically speaking DayZ is a zombie survival game, and as such does feature both zombies and survival elements like hunger and thirst. Even new players know how to take down the undead and gathering enough food and water to stay alive isn’t exactly a challenging task. It’s not really meant to be though, because the real challenge isn’t a zombie bite or starving, it’s some kid from Texas aiming a rifle at your imaginary head and pulling the trigger, or someone from Nova Scotia beating you to death with a fireaxe because they want your pants. Given the opportunity, would you pull the trigger?

There’s no explicit incentive to do this to other players. You don’t gain points, or level up, nor does your accomplishments in homicide show on a kill board for gloating. DayZ isn’t a team-shooter like Call of Duty or Battlefield, and yet inevitably, like those games, encounters between humans end in bloodshed, one way or another. All unscripted, all without any prompts of any kind. DayZ gives players unlimited potential in how they interact and they, as a community, have overwhelmingly decided that means killing each other again and again.

It’s not just DayZ, an entire genre of games with a similar theme have been created since. Rust by Garry’s Mod creator Garry Newman features similar survival aspects, only now with Minecraft like crafting thrown in. The result is clan mentality, primitive and effective as players band together, with friends or the occasional stranger, to construct fortifications and lay siege to each other. Encounters with others in the no-man’s land that is unprotected earth in Rust often feel like scenes from post-apocalyptic fiction, complete with everything from robbery, to slavery, and of course, murder.

The list goes on. Hurtworld looks to ape Rust, only with more resources to lessen the survival elements of the game. ARK: Survival Evolved throws dinosaurs into the mix and cranks up the complexity. Then games like The Culling or Dead by Daylight wear their intentions on their sleeves, with the former offering an experience directly inspired by The Hunger Games or Battle Royale, while the latter is an homage to the slayer horrors of old like Halloween, Texas Chainsaw Massacre or Nightmare on Elm Street. We haven’t even mentioned the bevy of mods for other games like ARMA 3‘s Battle Royale and Wasteland mods, or the similar mods for Minecraft. Dead by Daylight takes the concept to new, horrifying heights.

There’s a lot more then what’s listed there, and a simple search on Steam shows a massive amount of games of varying quality. The idea of PVP is even older, going back to the earliest online games of Doom and Ultima Online. As long as gaming has provided people the ability to kill each other, gamers have been doing so with great gusto, and looking into the future of gaming there’s no stopping that any time soon. The fact is that mankind, even provided limited tools, is better at crafting horror experiences on the fly then a room filled with dozens of writers can make in months.

True horror is not knowing what lies around the next corner, and while a great game can nail this over and over, it is limited to the game’s scripting. Even when the scripting is dynamic, like the Xeno in Alien: Isolation, by the end of the experience you’ve become familiar with your foe, and the meetings don’t hit with as much weight any more. Contrast that with dozens of hours in any online survival game and its still amazing the ways other people can think to torture and mess with each other, all on the fly and more dynamically than could ever be scripted.

As gaming moves more and more toward full player immersion with new experiences like VR and better online gaming tools, so too will the idea of player-on-player violence and horror. Humans have always been the best at scaring and killing other humans, and with the safety and separation of video games and virtual reality we finally have a place to see how far that cruelty can extend. If that idea sounds frightening, and the thought of other people plotting your virtual death scares you, just remember: that’s kind of the point.