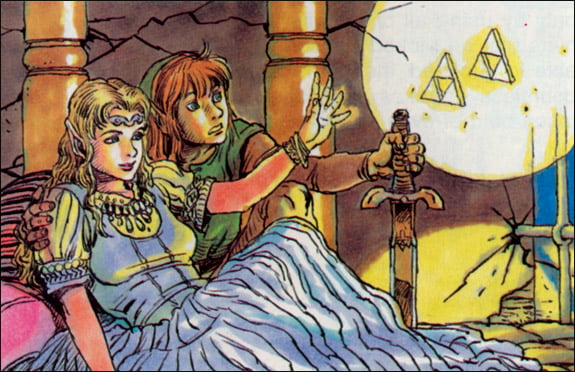 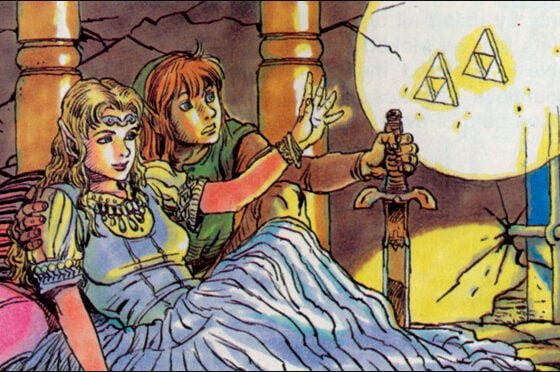 Less is More in The Legend of Zelda

The Hyrule Fantasy has less content than any game in the series, but less is more for The Legend of Zelda.

Video games have only gotten bigger and longer with each generation. Advancements in any field naturally bring some level of escalation with them, but this can be a double-edged sword. Putting aside the notion that limitations can bolster art, less is often more when it comes to game design. Just take The Legend of Zelda’s evolution from The Hyrule Fantasy since 1986. Breath of the Wild is big, but to the point where the pacing recognizes it needs to be completely player-driven to be fun. The fact you can defeat Ganon at any point past the Great Plateau isn’t just a novelty, it’s a failsafe to ensure the player always ends their campaign on their own terms. It’s smart game design, but it’s just as much a solution to a problem that did not exist in the original Legend of Zelda.

Too much content can come off as padding if not framed correctly. Learning the Song of the Hero in Skyward Sword involves some of the game’s best set pieces, but progression — both narratively and gameplay-wise — loses its momentum. Feeling like something is reaching its natural conclusion only to carry on for several more hours can sour any experience, no matter how well designed. The Wind Waker and Twilight Princess’ last act essentially share the same flaw: everything comes to a screeching halt so you can collect items right before the finale. The Legend of Zelda is a franchise that has always prided itself in how much value a single installment can offer, but this yields uneven results in a medium that’s constantly clamoring for “more.” Attempts at making the most of everything on tap can come off as padding if forced onto the player.

Breath of the Wild looks to the original Zelda as a means to course correct in this regard, and while the game inherits its progenitor’s freedom, it lacks the brevity that makes The Hyrule Fantasy fantastic to this day. Too much content, even optional, can depreciate what’s present. The whole ends up less than the sum of its parts. Monster hideouts are unsatisfying to complete but painfully abundant. Koroks “reward” (read: punish) you with actual feces for bothering to collect all 900. Weapon durability gives every weapon technical value at the expense of depriving them of identity, individuality, and the thrill of finding a new piece of equipment. Cooking and armor upgrading are ultimately shallow concepts that feel tacked on instead of fleshed out — especially compared to movement mechanics like climbing or horseback riding. BotW is an undeniably great video game, but its foundation is nonetheless built on excess.

The original Legend of Zelda is to the point, straightforward, and allows you to mechanically immerse yourself into its world immediately. There are no pace-breakers to disrupt the flow of gameplay. There aren’t dozens upon dozens of collectibles to track down that distract from the actual meat of the experience. Every tool has a discernible purpose and is useful in its own way. The whole overworld is traversable in a few minutes, avoiding screens of empty space. Nothing tells you where to go other than carefully considered level design and your own intuition. At most, the manual offers insight into progressing through the first half. The Hyrule Fantasy is a prime example of player-driven pacing done right.

The first Zelda is a very economical game when it comes to space. Hyrule consists of 128 screens weaved together into a cohesive setting, all but two of which can be visited at the start of your playthrough. NPCs, shops, and dungeons are all framed as underground structures, allowing independent levels to exist without breaking the overworld’s flow. You can seamlessly transition from traditional exploration to dungeon-crawling in seconds. A few are locked behind navigational puzzles, but most dungeons are just waiting to be found out in the open. Each one is a fully developed set piece with its own challenges, ranging from exploring the layout, fighting difficult enemies, finding the main item, and overcoming a boss.

Zelda 1 also benefits from a light structure that Breath of the Wild lacks. BotW’s interpretation of freedom means allowing players to skip dungeons or major content outright. As freeform as the original Zelda is, the game still gatechecks for certain dungeons and requires you to fully assemble the Triforce before tackling Ganon. The Hyrule Fantasy’s freedom stems from its sheer flexibility. Of the nine dungeons, four can be completed as your first level (1, 2, 3, & 8). Level 4 is locked behind Level 3, while Levels 5 & 6 are locked behind L4, and Level 7 is locked behind L5. Level 9 is finally unlocked after completing the other eight dungeons, resulting in hundreds of possible level orders for any given playthrough.

The closest Breath of the Wild comes to replicating this experience is through Shrines, but they lack the substance of a real dungeon. None of the 120 Shrines can afford to build off each other since the developers cannot account for which Shrines you will have completed beforehand. Most end up dedicated to a single puzzle or combat encounter in turn. As is, BotW’s Shrines are isolated set-pieces with few exceptions. Zelda 1 is fairly open-ended when it comes to dungeon progression, but the game makes it clear that there is an intended order — one you’re free to ignore but infers the difficulty curve regardless. In fact, simply knowing that you’re breaking sequence is what makes Zelda 1’s freedom so rewarding.

Completing Level 8 as your first dungeon means more because it’s theoretically the hardest challenge before the endgame — one that you need to beat sooner or later. Likewise, beating Level 4 opens 5 and 6, presenting you with a decision to make. Allowing an audience to intentionally play a game out of order is one of the best ways of fostering interconnectivity in the medium, but there must be an order for sequence breaking to have an impact. Any Shrine can be your fifth, tenth, 100th, or last. All four Divine Beasts have to be simple enough to be beaten as your first, removing the natural allure of completing Zelda 1’s later levels early. The only set piece that carries weight to do out of order is Hyrule Castle, but even that comes with a caveat. Do the opposite and explore too much, and the final dungeon will be pitifully easy. You can trivialize BotW simply by taking in everything the game has to offer.

Breath of the Wild’s dungeon and shrine design prioritizes quantity over quality, losing a proper difficulty curve in the process. Zelda 1’s nine dungeons are bonafide set pieces (albeit simple ones) with more gameplay depth (not complexity) than the Divine Beasts. Progression isn’t truly non-linear, but it’s so flexible that it may as well be. To really put The Hyrule Fantasy’s “less is more” philosophy into perspective, game designer Takashi Tezuka actually intended the game’s levels to be double their original size — incorporating their Second Quest variations into their base design — but director Shigeru Miyamoto felt that the First Quest’s pacing was “just fine” as is. Anything leftover was relegated to a bonus mode that had no impact on the actual intended experience. It’s the best of both worlds. Nothing feels like fluff, even the content kept in to literally fluff out the experience.

Ultimately, The Legend of Zelda has a laser focus most Zelda games lack. A Link to the Past alone has twice as much content as both of Zelda 1’s Quests combined, featuring bigger dungeons with smarter puzzles and a massive amount of secrets to uncover. The sheer leap from the first Zelda to ALttP is part of the reason the SNES classic has such an untouchable legacy, but that doesn’t diminish the original’s unique qualities in any capacity. This is a Zelda with no mini-games, nothing that can be called a proper side quest, and zero distractions from the core exploration & dungeon-crawling gameplay loop. That’s special, now more than ever.

There’s value in an adventure you can knock out in a single afternoon once you know it well enough. Value in a game you can tackle in hundreds of different ways just because. TLoZ’s replay value comes from the joy of replaying a well-made game that knows its limits and masterfully balances flexibility into a structured campaign. Each playthrough is unique not because you’ll stumble upon some minor secret you’ve never seen before, but because gameplay gives you the means to tackle an experience with an established order on your own terms. Breath of the Wild is bigger and may even be better on a technical level, yet the original Zelda has an elegant simplicity that’s hard not to admire. The Hyrule Fantasy has less content than any game in the series, but less is more for The Legend of Zelda.