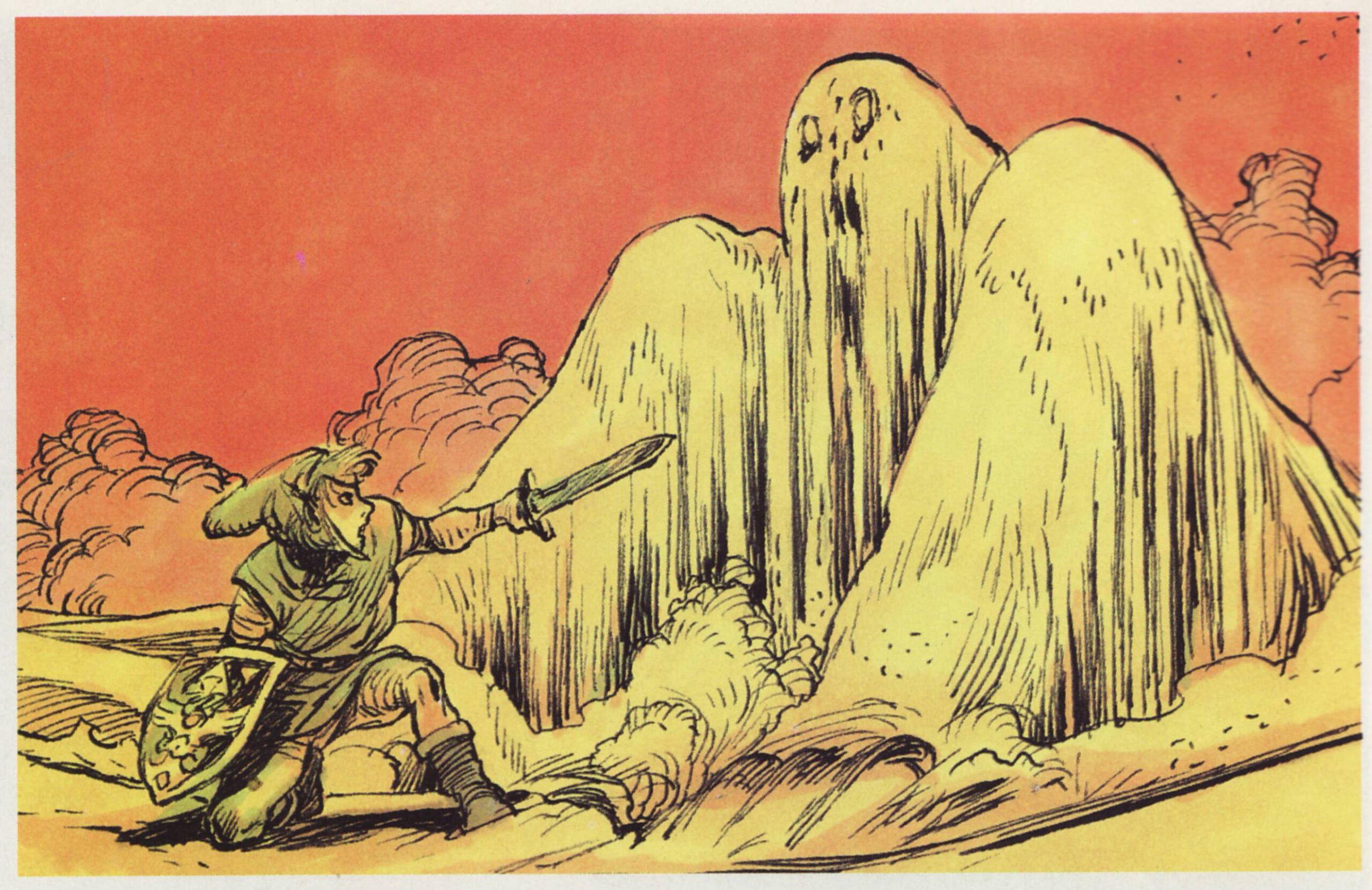 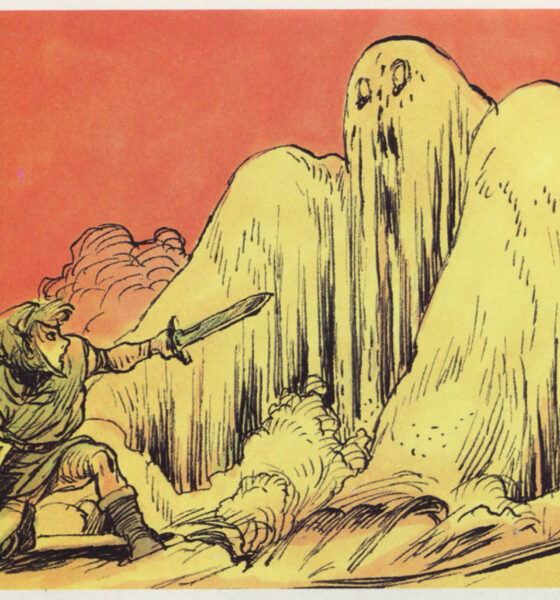 30 years on, The Legend of Zelda: A Link to the Past is as close to perfect as video games get.

A full three decades since the game’s release, time continues to be kind to The Legend of Zelda: A Link to the Past. In an era where the average game takes its sweet time starting up, revisiting A Link to the Past’s bombastic and to-the-point introduction is an almost necessary breath of fresh air. Masterful atmosphere and sound design quickly set the stage for a story epic in scope but simple enough to never bog you down in cutscenes. The tutorial funnels you into the first dungeon right away. A conveniently placed Lantern in the first screen immediately establishes a fast-paced reward loop where you unlock your sword & shield mere minutes later. Even later Zelda games take roughly half an hour to an hour to ease you into the experience, but ALttP has you dungeon-crawling before Link even has a weapon.

It can be easy to take for granted just how brilliantly paced A Link to the Past is, but the genius of good game design is just that: natural enough to go unnoticed. A careful combination of moody music, lighting, and weather effects seamlessly ease you into gameplay. The path to Hyrule Castle frames the importance of thinking of navigation as a puzzle without ever calling attention to itself. It takes less than an hour to start exploring Hyrule at your leisure. Even gated behind item progression, Hyrule at the start of ALttP is denser with secrets than either the original Zelda or Adventure of Link combined.

There are 11 Heart Pieces to find and countless upgrades to unlock long before obtaining the Master Sword. Two out of four Bottles can be tracked down minutes after completing Hyrule Castle. The Ice Rod can be found as soon as you leave the Sanctuary and find some Bombs. Flippers are unlockable as soon as you get the Power Glove from the Desert Palace, and a new Shield & Boomerang can be unlocked mere moments later. A default wallet cap of 999 means you can rack up hundreds of Rupees through casual exploration in minutes, something later Zelda games prevent through tiered wallet sizes. A Link to the Past is a full game before the story even begins in earnest.

Home to ALttP’s eight main dungeons, the Dark World offers a wide variety in how the rest of the campaign plays out. Unlike the Light World where all three Pendants of Virtue must be collected in a fixed order, there are dozens of possible dungeon orders in the Dark World. No two playthroughs need to be exactly alike. Levels 1 and 8 must always be completed first and last respectively, but Levels 2 through 7 have surprisingly flexible prerequisites that put even the original Zelda’s nonlinearity to shame. Completing the Dark Palace unlocks Levels 2 through 4 right away. From there, progression is a chain reaction directed by the player above all else. Altogether, The Legend of Zelda: A Link to the Past features roughly six dozen possible dungeon orders — if not more when taking glitches or design oversights into account.

At its core, A Link to the Past is fueled by flawless player-driven pacing and some of the best level design the adventure genre has ever seen. Environmental details and geographical cohesion naturally guide you through the overworld’s major Landmarks. Hyrule Castle sits dead center with Link’s Home just a few screens south. The Lost Woods and Death Mountain dominate the north while Lake Hylia streams down south. The Desert sits down west with Kakariko Village directly above it, and Zora’s Domain and the aptly titled Eastern Palace fill up the east. Each region of the kingdom is distinct in theming and gameplay opportunities. The end result is a rich world dense with secrets and personality.

Hyrule naturally gate checks you behind dungeon items, but this means narrative progression also unlocks new chunks of the kingdom to explore. The Dark World is even more elaborate, forcing you to carefully consider Link’s kit as the whole map is a navigational puzzle in and of itself. Between a Magic Mirror that instantly warps Link from the Dark to Link Word where he stands, and a Flute that functions as a fast travel system, only the most observant adventurers will track down every secret without a guide. Hyrule is large enough to get lost in, but not so complex where getting lost hurts ALttP’s flow. There is always something to find or make note of for future reference.

Dungeons themselves strike a fine balance between exploration, puzzle-solving, and freeform combat. Enemy design often encourages gameplay variety beyond just swordplay. Magic Rods make short work of most enemies at the cost of MP. Medallions are bonafide screen nukes in the making. Arrows can snipe Wizzrobes or Eyegores from afar, Bombs obliterate Stalfos, and Magic Powder can change the Rabbit Beams that litter Dark World dungeons into Fairies. The Boomerang stuns enemies where they stand. The Hookshot doubles as a navigation tool and a long-range weapon that doesn’t expend ammunition. The Pegasus Boots create distance and joust through enemies in a flash. Link’s kit is simple enough where every item is viable but expansive enough where no two players will share the same exact approach to combat.

The fact Link’s sprite visibly changes as he obtains key equipment lends a trackable sense of progression to the whole adventure. Link begins his journey just a boy in a green tunic. Your first shield is a blue square compared to the golden behemoth that is the Mirror Shield. The Green, Blue, and Red Mails follow the exact same tiering as the knights — each color sturdier than the last. The Master Sword turns from blue to red to gold as its blade is further refined. The Power Glove and Titan’s Meet even color Link’s hands silver and gold respectively. Link may not have a definable narrative arc, but his clear growth from a regular boy into a genuine knight is in itself a hero’s journey. A Link to the Past tells a classical story with an epic scope that always takes a backseat to gameplay.

Where later games embrace cutscenes and dynamic cinematography, ALttP staunchly abides by “show, don’t tell.” Zelda beckons Link to come save her, but the process of escorting her out is conveyed entirely through gameplay. Zelda even physically helps Link move a heavy mantle so they can proceed into the castle basement. Collecting the three Pendants of Virtue stands in place of the development Link would get in later stories like The Wind Waker or Skyward Sword, each dungeon representing Link proving his courage, power, and wisdom. The late-game revelation that Link is the last in a line of Hylian Knights following his Uncle’s death makes his confrontation with Ganon just a bit more personal — and that’s on top of Ganon being a constant threat through his alter-ego Agahnim.

The confrontation against Ganon is still one of the greatest final boss fights in gaming, an expertly set-up battle hours in the making. What little dialogue Ganon has is immediately overshadowed by a duel that puts his raw power into perspective better than any cutscene could. A single hit rips hearts through your health and the screen is constantly being bombarded with projectiles, all while Ganon races across the arena. Timing, tight reflexes, forethought to bring potions, and sheer determination are all valuable tools in the final battle. Silver Arrows help against Ganon, but beating him without the arrows is actually possible with well-timed sword strikes as he teleports. Every challenge leads up to a genuine test of your mechanical mastery and creativity.

Gameplay on a whole is just suited to multiple playstyles. Methodical, slower-paced adventurers will be rewarded with a flurry of secrets to uncover. Faster-paced speedrunners can get the Master Sword in under an hour if they know what to do. The Dark World’s non-linearity means you can experiment with new routes every time you play the game, either prioritizing easier dungeons or useful items first. Careful sequence breaking can unlock the Silver Arrows early, allowing you to annihilate bosses with minimal efforts and outright instakill most enemies (Lynels included). Hyrule is a layered world begging to be explored beyond the surface. The sheer magnitude of what you can do, when, and how results in an outstanding amount of replay value.

A Link to the Past is a game that never betrays its own design philosophies, so much so that you are allowed to fail in the most extreme of cases. Forget to bring Green or Blue Potions to the final dungeons? Risk running out of MP during a puzzle. Neglect to find the Ice Rod in the Light World? You straight-up cannot defeat Trinexx at the end of Turtle Rock, forcing you to redo the entire dungeon after you hunt down the Ice Rod. It’s frustrating to hit a wall at the end of an incredibly long path, but a good difficulty curve demands real consequences. Just as importantly, gameplay is only as hard as you make it. For as challenging as the hardest bosses and dungeons are, a fat wallet can net you four Blue Potions with some patience.

While not the most immersive overworld compared to modern 3D spaces, there’s something to be said for how deeply atmospheric Hyrule still is. From the torrential downpour that scores the opening to the dense fog of the Lost Woods, A Link to the Past is a genuine epic in 16-bit. Later Zelda games may have made technical improvements to the formula, but ALttP is virtually flawless on a design level. The Light/Dark World split is still the series’ best overworld gimmick. The difficulty curve is rewarding to overcome without feeling overwhelmed to fail. Combat thrives off a creative tool kit and memorable enemy design. Koji Kondo’s soundtrack injects palpable emotion into every scene. The Super Nintendo has a timeless quality that’s allowed its best titles to stand the test of time and 30 years on, The Legend of Zelda: A Link to the Past is as close to perfect as video games get.