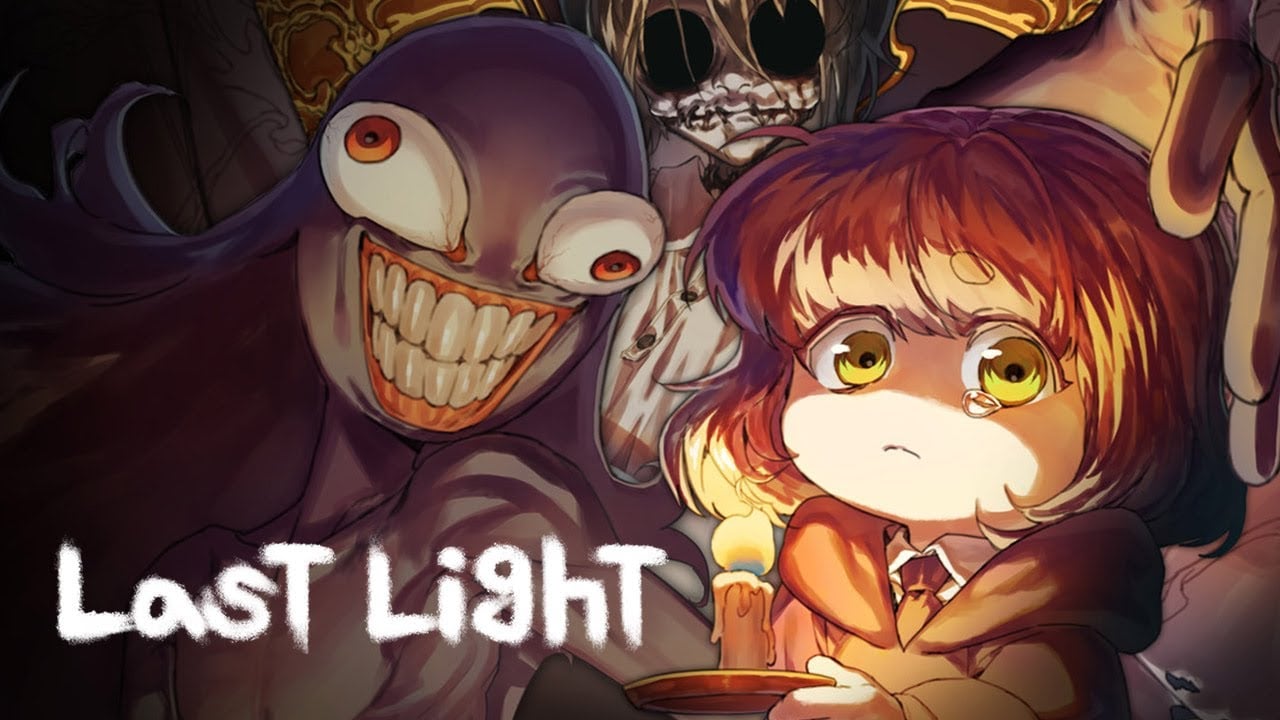 I stumbled across Last Light entirely by accident, and I was hooked from the first piece of art I saw of it. The world of indie horror games is saturated with Silent Hill inspiration, but there are other games that hit such a special note that can really shake up the genre. And from even just seeing screenshots I could tell Last Light was what I’d been waiting for, a game that takes influence from the incredible Yomawari series. Last Light wears its inspiration proudly and builds something of its own with a morbid tale of bullying and revenge, along with a heavy emphasis on memory and repetition.

Last Light begins with a short series of hand-drawn images introducing us to our protagonist, Lumi. A young girl who, whilst headed to a location for a ‘scare game’ (a common trope over in Japan, where usually children head to a scary location as a form of a bravery challenge), loses her friends. Alone, scared, and faced with the abandoned hospital her friends should be at, she heads inside and into a nightmare. Along the way, Lumi encounters several spirits with their own plights and can collect some harrowing journals throughout the hospital.

Something that immediately grabbed me is the art style, finding that sweet spot Yomawari inhabits between cute and horrific. Last Light takes a cutesy and in some places intentionally childish form and warps it into the disturbing. The drawings and journals you pick up paint a depressing picture of the children that had to suffer through various trauma, and the enemy designs find that perfect balance. The hospital environments are also very well realized, each floor having its own layout and theme.

The gameplay is simple; the objective is to find each of the friendly spirits and help them with whatever task they need, which most of the time amounts to fetching an item and bringing it back. There are also a few different sorts of hostile spirits which each have their own unique patterns and behaviors. As you progress further up the levels of the hospital, more of these hostile spirits are introduced. Lumi can also loot through cupboards and boxes to find a few helpful items, from keys, to candles that help light the way, to the classic salt to spread over the ground and slow down enemies.

The gameplay of Last Light may be very straightforward, but the core of it is set up perfectly to create tension as you’re sprinting through narrow corridors trying to lose whatever ghost is hot on your tracks. The sprint has you sliding around whenever you try and turn, which at first feels awkward, but as the player gets used to it actually starts making any escape sequences a whole lot of fun.

Once you reach the top of the hospital and uncover a horrible secret, Lumi blacks out and comes to at the start of the game again. This ‘time loop’ is a core part of how the story unfolds, and the truth more fully comes to light as you go through the motions again. There was a lot of promise in how things could change between loops, with all of the enemies being present from the start and the difficulty ramping up. However I do wish there were a few more differences between each repetition, the flashlight starts to act up and all of the various spirits appear on every floor, but that’s really it. There are new cutscenes and dialogue, but the objectives and the layout is all pretty much exactly the same. It’s much quicker the other times through, when the player is more familiar with the floors and what to do, but it does start to become just going through the motions by the end.

That being said Last Light is a short and sweet experience, taking our terrified protagonist through the levels of this hospital in order to unravel her own trauma and have her bravery grow is incredibly satisfying. All told it will only take a few hours to navigate the loops and get to the true ending, and despite the subsequent trips through not changing things enough and simply retreading old ground Last Light doesn’t outstay its welcome.

The art has a great style, and the gameplay is exactly what I’ve been after in an indie horror for a good while now. Last Light is a solid debut offering from Team Corn Field, and I can see them moving onwards and upwards with whatever they work on next. Lumi’s story is touching in some ways and heartbreaking in others, and everything pulls the player into seeing it through to the end. The repetition could definitely have been handled in a better way, with a few touches here and there changing things up, but all together Last Light comes out as a morbid little delight.