Before its announcement, codename NX, the Nintendo Switch was one of the most eagerly awaited pieces of hardware in recent memory. The rumor mill was turning out countless theories as to what the console would be, the media was in a frenzy constructing click-bait articles, and everyone and their mom was waiting to see what the next Nintendo console, the one that in their eyes would truly make or break Nintendo for real this time, not like the Wii U, or the Wii, or the DS, or the GameCube, or the N64, or any of the other consoles that the public thought was heralding the end of Nintendo.  Nevermind that the Wii U, if underselling, was turning a profit and Nintendo owned the portable console market with the sensationally successful 3DS.  Fans and haters alike waited with baited breath to see what Nintendo’s next project would be.  And then, when everyone was anxiously awaiting any information on NX, Nintendo did something unexpected…they took to social media and announced the NES Classic Edition. 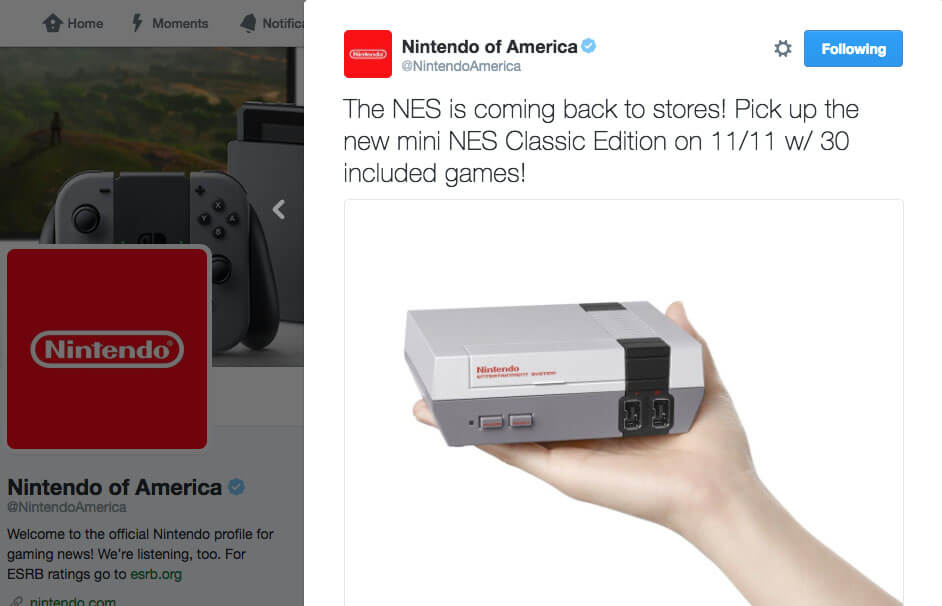 No one saw this coming last July, and the internet was bubbling with anticipation.  With a scheduled release date of November 11, it was slated to be the perfect holiday gift.  Between the NES Mini’s announcement and release, the Switch finally emerged from the shadows, at least in part, and once more the internet was manic.  Then, continuing our journey through time until the present, November 11, 2016 finally rolled around and no one was able to get their hands on the new NES.  It seemed like Nintendo had only shipped five worldwide, and Target, Walmart, and GameStop were only getting measly unit counts under ten, or, in more cases, under five, with each progressive shipment.  Questions arose and still persist: did Nintendo not anticipate how popular the product would be?  Were their resources too divided amongst existing products, the upcoming Switch, and this surprise project?  Or was Nintendo nefariously under stocking for the sake of building publicity and artificial demand for a product resulting in the unceasing buzz around the console, not unlike some people’s claims about early Amiibo sales?  Put your tinfoil hats on because the truth is far more odious…Nintendodious…

Nintendo used the NES Classic Edition as bait when in reality it was fishing for something much larger, Nintendo Switch adopters.  By intentionally sacrificing sales of a smaller project priced at only $60, couldn’t Nintendo drive preorders for the Switch?  I know, it sounds scandalous, ludicrous, ridiculous, but look at all the evidence.  Before the NES mini launched, Nintendo revealed the Switch.  Then, the NES Classic is impossible to come by all through the consumeristic holidays.  Days after winter break, the NES Mini still evasive as ever, the Nintendo Switch presentation reveals the price and release date of the console and preorders go live, at least in North America.  What’ll be truly telling is once the initial waves of Switch consoles have sold if NES Classic Editions start showing up on shelves, once the Switch sales inevitably slow and the Big N has finished milking the initial hype all consoles generate upon release.  And if it does happen, it won’t be because Nintendo, having finished the monumental task of launching a console as well as shipping house developed games for said console, are suddenly more available to address other products and market issues.  Nor will it be because Nintendo doesn’t want a smaller project to interfere with potential sales of a larger venture, oh no, it will be because they’re market masterminds and there’s more money to be made.  The audacity, a business wanting money! 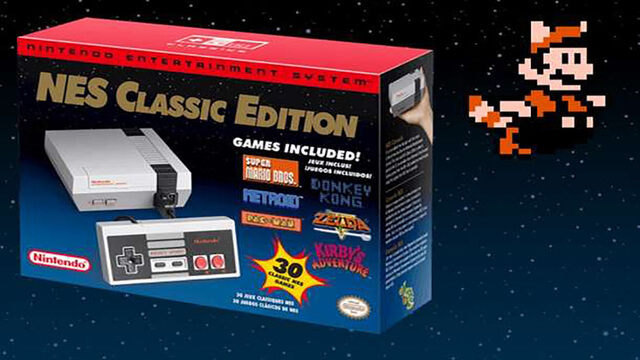 I’m totally kidding with all of this (or am I!?!?!), but the Switch’s upcoming arrival on the market leaves a lot of questions about how Nintendo will proceed with other projects, namely the NES Classic, potential future “Classics” label products, and the portable market.  Beginning with the NES Mini, can Nintendo afford to adequately stock the still red hot retro console when its sales might obstruct Switch sales with the console launch under two months away?  Nintendo couldn’t have developed the Classics label for the NES Classic alone, so when would be the ideal time to launch a second Classics product, perhaps the SNES Classic Edition?  Hopefully, Nintendo has considered this and has developed some reason to purchase both products or one over the other.  Perhaps if all of these titles are purchasable on the Switch for the same price or owners of the NES Mini can somehow re-obtain them on the Switch, allowing them to suddenly be played on the go and co-op to be performed with both Joy-Cons, the NES Classic won’t be a hindrance to the Nintendo Switch, but a supplement.  The same can be said of any future Classics project, which is hopefully in development.

In terms of the portable market, in an interview with Wired, NOA President Reggie Fils Aimé claimed the “3DS has a long life in front of it,” with many major games in development for the handheld.  He continued, “in our (Nintendo’s) view, the Nintendo 3DS and the Nintendo Switch are going to live side-by-side.”  He reiterated that the Switch, while portable, is, at heart, a home console.  While that may be Nintendo’s intention, one doesn’t have to look further than the transition from the Game Boy Advance to the Nintendo DS to see a time when Nintendo presumed it was generating another pillar in its company, when, in reality, it was replacing one.  While Nintendo might not want to give the impression of exiting the home console market in favor of the portable, the Wii U did sell notably fewer units than any previous home console while the 3DS continues to own the portable market.  Is there a future where the Switch is rebranded as a portable console that you can play on your TV so Nintendo can continue to dominate that branch of gaming?  Hopefully, that’s never necessary and Nintendo can convey adequately to the consumer its vision for the Nintendo Switch.

While nothing is certain, in the past, Nintendo was probably overly modest over duplicitous when it came to projected sales, and presently the developer is probably in less jeopardy than the exaggerative public tends to believe; but undoubtedly the future of Nintendo is a fascinating one and I can’t wait to see what happens next.