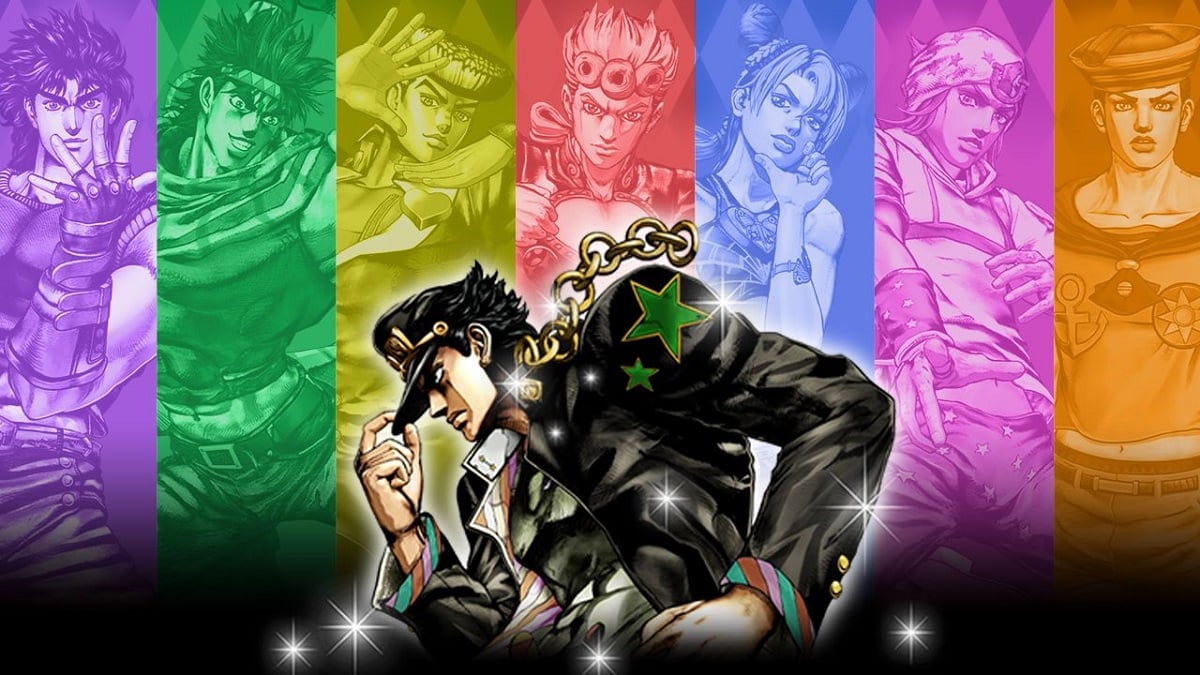 Much like most of CC2’s iconic fighters from back in the day, All-Star Battle R is a 3D arena fighter. Inputs strike a nice balance between being approachable and being worth investing time into learning. On the one hand, there’s an auto-combo option (that can be turned off) for new or casual players who just want to button-mash and pull off a cool-looking attack. For those looking for a bit more depth, however, each fighter has a detailed command list that does an admirable job of explaining what each attack does and when it’s meant to be used. The most complex any input gets is a single zigzag motion paired with a button press, so those turned off by more intimidating combos in traditional fighting games need not fear.

All-Star Battle R is a remaster, not a remake. As such, the roster of 50 characters from across the series remains as unbalanced as it was in 2013. Most of the characters from the arcs before stands got introduced have a shorter move list simply because fighting with hamon isn’t as involved. Characters with stands have both more options and can toggle their stand to hover in front of them as a pseudo-shield (though hamon users do have the ability to manually charge up their skill gauge). Then there’s the inclusion of fan favorites like Iggy who simply don’t have many attack options because they only fought on a few occasions and there isn’t much to pull from the source material. CC2 has made tweaks to the combat by adding hit stops, jump dashes, and assists, but none of these remedy the inherent flaws in the roster.

That said, much like the Naruto Shippuden: Ultimate Ninja series, the goal of the original All-Star Battle was never to be seriously competitive; it was to represent as many characters as possible and let JoJo fans relive their favorite battles and create their dream matchups. To that end, All-Star Battle R is a roaring success, especially with its titular mode.

Instead of retelling the narrative via a story mode like most anime fighters over the years, All Star Battle R’s crown jewel is its All Star Battle mode. This mode highlights fights across all eight parts of the JoJo manga and breaks them up via comic panels into a kind of greatest hits collection of moments throughout the series. Interspersed between these pivotal fights are dream battles that pit iconic characters against each other who never had a chance to meet, such as Jonathan and Giorno or Jotaro and Speedwagon. It’s a fun way to relive some of JoJo’s best moments without having to retread entire story arcs, and special touches like contextual intro and victory lines between characters tie everything together.

On the less than stellar side of things are All-Star Battle R’s online offerings. Players looking for more casual bouts can jump into quick play matches, search for custom matches with specific parameters, or host private matches with friends. Ranked play is also available, and player cards denote appropriate stats like matches won, matches lost, number of disconnects, and so on. There are even a number of rotating online missions that encourage experimentation with certain characters in exchange for in-game currency.

Unfortunately, many of these features are rendered moot because All-Star Battle R uses sub-optimal delay-based netcode, leading to an online experience prone to lag and frustration. During play I encountered several matches where, despite playing against others in my region, the game would slow down to a crawl and my inputs would take seconds to register. It’s a mixed bag; some matches were near-perfect, some were frustrating, and others were outright unbearable. This is only exacerbated by the strange decision to not allow rematches during ranked play, an option readily available for casual matches. So if you lose a close ranked fight and want to run it back, there’s no way of doing so.

All the fights won in All-Star Battle, Arcade mode, Versus mode, and online against others earn gold that can be spent at the in-game shop. There’s a metric ton to unlock ranging from 2D character art to reference sketches to 3D models and voice clips (though, unfortunately, there’s no option to zoom in on the 2D art). The real prizes, however, are medals used to customize characters. Unique outfits, color tints, victory animations, and more can all be purchased, and up to four presets can be saved per character. The amount of customization varies, of course (main characters get more love than side ones, as is expected), but the heavy levels of customization are a reminder that 3D fighters still have some advantages of their own.

The customization options are just one of the ways JoJo’s Bizarre Adventure: All-Star Battle R acts as a love letter to fans of the franchise. From the flashy menu design with iconic art and patterns to voice clips of characters commenting on nearly every action the player takes, the spirit of the JoJo series flows through this game. Even subtle callbacks like Caesar emitting a red bubble when he’s defeated or the narrator from the anime narrating Iggy’s thoughts in some of his intro scenes are sure to please long-time fans. These little touches even extend to the 16 stages, each of which contain a stage hazard and cinematic K.O. sequence that are all references to events that occurred at those locations.

As a massive fan of JoJo’s Bizarre Adventure and fighting games, All-Star Battle R is more than I could’ve asked for. The sheer number of characters represented from across each of the eight arcs is staggering, and there are another four on the way via a season pass (which is shocking unto itself, considering the original title was developed nearly a decade ago). The attention to detail and level of fanservice poured into every facet of the presentation, move sets, All-Star Battle mode, and extras is nothing short of top-notch. Though the roster is as unbalanced as one might expect from a golden age CyberConnect2 fighter, each character feels accurate to the source material and fun to play as. Subpar online multiplayer aside, this is an absolutely essential buy for any JoJo fan.