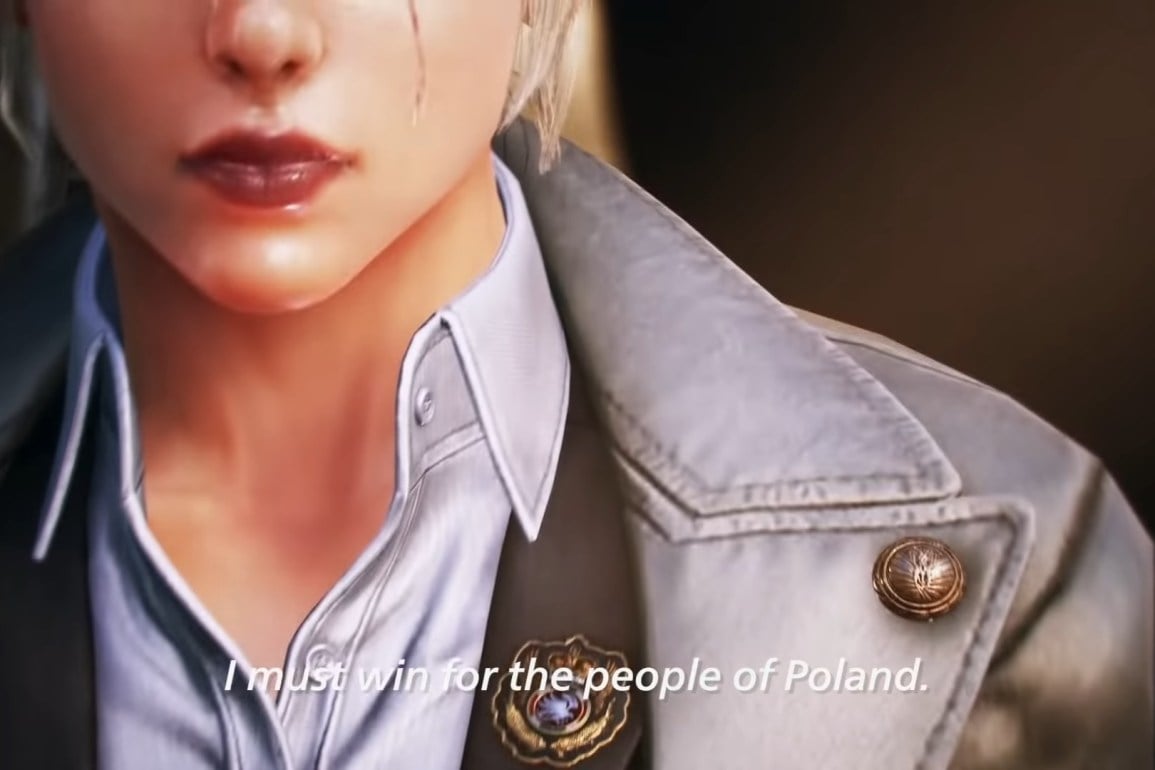 As critically and commercially successful as Tekken 7 is, it’s evident that many longtime fans of the Tekken series are disappointed with many of the decisions Bandai Namco has made with its latest entry. Many aspects of the presentation and the amount of content on offer are noticeably weaker compared to previous titles, and some of the most recent DLC characters have attracted a great deal of controversy due to their overpowered traits. Several of these criticisms are still frequently expressed to this day, but the latest DLC update has managed to win over many of these same fans. The new character, Lidia Sobieska, and her accompanying stage, Island Paradise, feature some of Tekken 7’s strongest designs to date, and the playerbase seems to be content with how the developers have balanced their latest fighter, at least so far. The new content represents a noticeable shift in direction compared to what the developers have done with Tekken 7 recently, and they could signal positive developments for future content updates or even a hypothetical Tekken 8.

Going Back to the Roots of Martial Arts

Prior to Lidia’s release, most of the newly-introduced characters strayed away from traditional, realistic martial arts. The Tekken series has always featured fantastical, exaggerated, or goofy elements, but it is equally known for its realistic, intricate fighting choreography that closely adheres to real-life fighting disciplines. But Tekken 7’s newcomers lean much more heavily into the fantastical elements; Claudio, Gigas, and Lucky Chloe use original, flashy fighting styles with little to no basis in the real world, and many of the more grounded characters have been criticized for not faithfully representing the fighting styles they supposedly utilize. Josie Rizal, for instance, is stated to use Eskrima-based kickboxing, but her in-game animations seem to suggest a more basic kickboxing style. Guest characters like Noctis from Final Fantasy XV utilizes flashy sword and teleportation moves, and other guests like Akuma from Street Fighter and Geese Howard from Fatal Fury abandon the traditional Tekken mechanics almost entirely in favor of rigid 2D fighting game elements. Even the original DLC characters are not entirely devoid of this over-the-top design mentality; although Leroy Smith is equipped with a beautifully-animated Wing Chun fighting style, he also has a small number of gimmicky moves, such as a dog-summoning attack that is largely dependent on luck. Similarly, Fahkumram’s style is clearly based on Muay Thai, but he also comes equipped with a variety of charge moves complete with glowing veins.

Compared to these other characters, Lidia is much more traditional. She utilizes Shotokan Karate, a fighting discipline that involves deep stances and fast movements, and her animations hold true to that style. The intricacy and grace of her movements rival those of Leroy Smith, but unlike Leroy, Lidia features no extra gimmicks. Aside from some flashy flipping moves that would likely be impractical in a real match, Lidia is a remarkably no-nonsense fighter, even for the standards of the series. In this sense, she’s reminiscent of Feng Wei—introduced in Tekken 5, Feng Wei is a Chinese Kenpo master with no supernatural gimmicks, and the fluidity and grace of his fighting animations are still some of the series’ best. It’s refreshing to see Bandai Namco return to this more traditional form of fighting with Lidia, and her solid execution proves that Tekken characters do not need extra bells and whistles in order to leave an impression on the player.

Lidia also appears to have excelled when it comes to character balance. Tekken 7 was and still is considered a well-balanced fighting game, but some of the more recent DLC characters have hurt the title’s reputation in this regard. Leroy Smith immediately garnered controversy upon release, as he had a significant amount of extremely powerful tools while being relatively easy to use compared to other characters. His low-risk-high-reward style led six of the top eight players in EVO Japan 2020 to use Leroy, and he became despised among the Tekken community even as the developers rushed to nerf him in later patches. Fahkumram gained a similar level of controversy, as he was fast, strong, and riddled with hitbox issues. The character was temporarily banned in almost every tournament in Pakistan, and many fans started accusing Bandai Namco of using a pay-to-win model with their DLC characters.

Thankfully, Lidia seems to have reversed this trend, as she has access to highly damaging combos, but is incredibly vulnerable to sidesteps. Expert Tekken players have speculated that she is a solid mid-tier character, and she has not created any significant controversies thus far. Of course, Lidia has not been released for very long, and time will tell if expert players find a major exploit that causes yet another controversy. After all, Fahkumram’s more questionable design elements were not immediately noticeable for players when he first released. But Bandai Namco at least seems to have taken the right steps with Lidia this time around, and the community seems more optimistic about where she stands in high-level play.

Bringing Life Back to Tekken Stages

It’s not just Lidia that’s been impressing fans; many have taken a liking to the Island Paradise stage that released alongside her. Most of Tekken 7’s stages feature barren landscapes and drab color palettes, which has disappointed fans of the more vibrant stages seen in prior entries. Island Paradise, by contrast, is pure eye candy; it takes place near a lavish resort, and the fighters themselves do battle on a poolside that overlooks a calming beach area. It features a vibrant, diverse color palette, and its bright-blue skies transition into a gorgeous sunset at match point. Not only is the beach motif a classic Tekken setting, but it also marks a return to the appealing stage designs that haven’t been seen since Tekken Tag Tournament 2.

The stage also features a fun dynamic element when it comes to its background music. Normally, when the combatants are situated in the poolside area, a remix of Tekken 5’s Poolside theme plays. But when one of the fighters is knocked into the lower beach area, the music transitions into a remix of Tekken 4’s Kitsch, the theme for that game’s beach stage. It’s a clever and fun callback to the PS2 era of Tekken, but it also represents a shift in Tekken 7’s general approach to music. Most of Tekken 7’s tracks are abrasive electronic pieces with little melody, but these remixes feel much more in line with the lively, melodic tracks that the series previously excelled at. Of course, this is a given since these tracks are based on classic Tekken tunes, so it’s unclear if this more classic approach will be used in completely original pieces going forward. But these remixes stand out so much compared to the rest of Tekken 7’s soundtrack that they almost feel out of place, which is ultimately a good thing, as they fit the series’ spirit much better than the more droning pieces heard elsewhere.

What This Means For the Future

The effort that went into both Lidia and the Island Paradise stage is evident, and it begs the question of whether or not this represents a shift in creative direction for the series. There are some signs that this could be the case; before Lidia, Leroy’s fighting animations received a similar level of attention and care, and the Vermillion Gates stage that was released alongside Kunimitsu also showcased a more appealing color palette and soundtrack compared to the default stage roster. Looking back at Tekken 7’s broader history, this apparent shift makes sense; the game had a stripped-back budget due to Tekken Tag Tournament 2’s commercial underperformance, which led to many of the more disappointing aspects of the final product, such as the lackluster single-player content. Since Tekken 7 ended up becoming a major financial success, the developers seemingly now have the time and budget to create content with the level of ambition and craftsmanship seen in prior entries. The Lidia update has demonstrated the developers’ progress more than any other, and it suggests that Tekken 8 could be something truly special.