The Nintendo Switch is the perfect machine for ports, and I’m a huge advocate for putting anything possible on the damn thing. Having everything “on the go” as it were, there’s just no going back from it. But Dark Souls might be one port for the system, in this case a remaster, that really pushes this idea to an extreme, with mixed results.

Dark Souls, released in 2011 as a successor to 2009’s PS3-exclusive Demon’s Souls, is a modern classic. Cementing what Demon’s Souls had initially laid down on a more niche level, as the joke goes, its inspiration in games that have come after it can’t be stated enough.

It’s also a game that I have played a lot – enough NG+ runs and fresh character builds to lose count of it all. But, from the moment of announcement, the idea of Dark Souls on Switch has been perplexing; would the controls and game feel carry over in this format? Handheld-mode, and how well it plays and looks, is the make-or-break point for Dark Souls Remastered on the Switch, and thus the focus of this review.

(If you’re looking for a more straight-forward review based on the other console releases of Dark Souls Remastered, here’s a review available for you to take a glance right here on Goomba Stomp.)

Ignoring even the ergonomic issues with the Joy-Cons themselves, there’s no getting around it: Switch’s handheld mode is not an organic fit for Dark Souls‘ control scheme.

Adaptability is more than possible for returning players, as long as the compromise of simply not being as precise or responsive is deemed an acceptable one. For new players, the struggle to become accustomed to controlling the game while also learning the rhythm of Souls might add an extra layer of unneeded difficulty that I can only see as a turn-off. 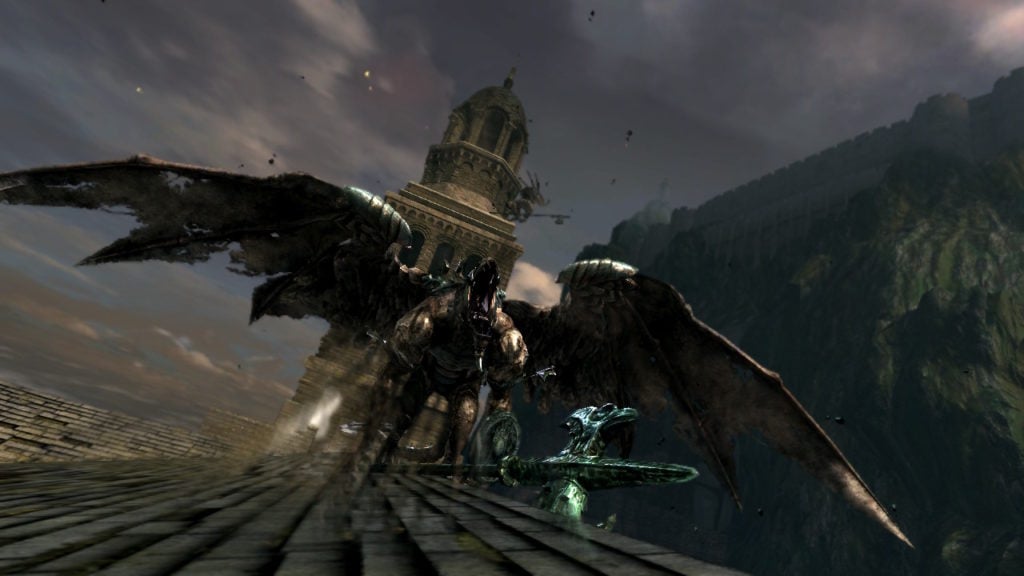 Trudging from Firelink Shrine and then around the Undead Burg might not seem all that bad on your hands, but once you’re faced with more complex problems, like rolling around the Bell Gargoyles, switching between different firebombs and your Estus Flask at the same time, the handicap becomes a lot more obvious. It’s not like playing the game with a Guitar Hero controller, but it’s definitely not normal either, as if you’re using the system not as intended.

The issue stems from the attempt at adapting the controls as a direct facsimile of existing schemes found on traditional controllers, instead of acknowledging that the Switch probably requires a completely different reworking. The game does provide an option to partially rebind buttons, which is like providing a band-aid for a bullet hole. It only serves to exasperate; perhaps there is no solution, as the original Dark Souls control scheme is so intrinsically tied into the game feel.

Regardless, for souls with easily cramped hands, this might not be the happiest time.

The art of Dark Souls is timeless; a beautiful mix of European architecture, Romantic era paintings, old Dungeons & Dragons illustrations and the hellish works of Zdzislaw Beksinski. An atmosphere that you can almost physically feel the presence of, there is little that can be done to take that away regardless of console. Even on the tiny screen of the Switch, all this is able to shine through. 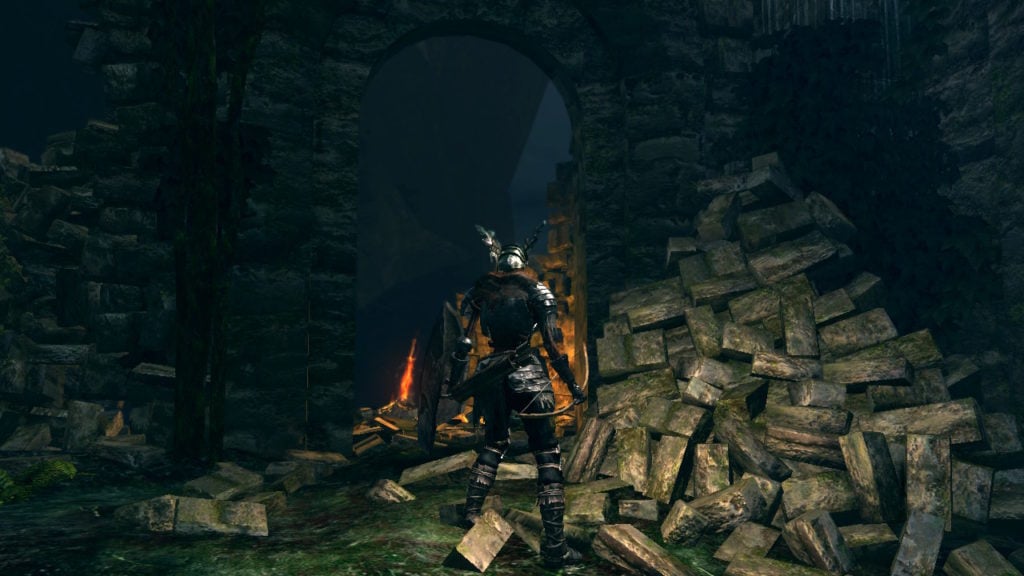 Remastered’s slight changes to how lights bounce of certain objects, and how flames seem to burn thicker and brighter, is mostly welcome, though costumes seemed to be cleaned up and appear devoid of wear-and-tear imperfections. An odd choice, but not one that takes too much away in the grand scheme of things. While dips in frame-rate are to be expected for a game such as this running on the Switch, it surprisingly holds its ground better than expected. Blighttown, infamous for turning the game into a slideshow, runs with minimal issues, at times seemingly effortlessly.

But, presented as a portable game on a minuscule screen, a lot of the weight of the world is simply not as impactful. While it never fails to be surreal that you can play Dark Souls like this, it still takes away from the full range of what the game can be.

Not helped by the oddly compressed audio in this version, it’s a bit like watching Lawrence of Arabia on an iPod Touch. You can do it, but a lot of the gravitas will be completely lost. 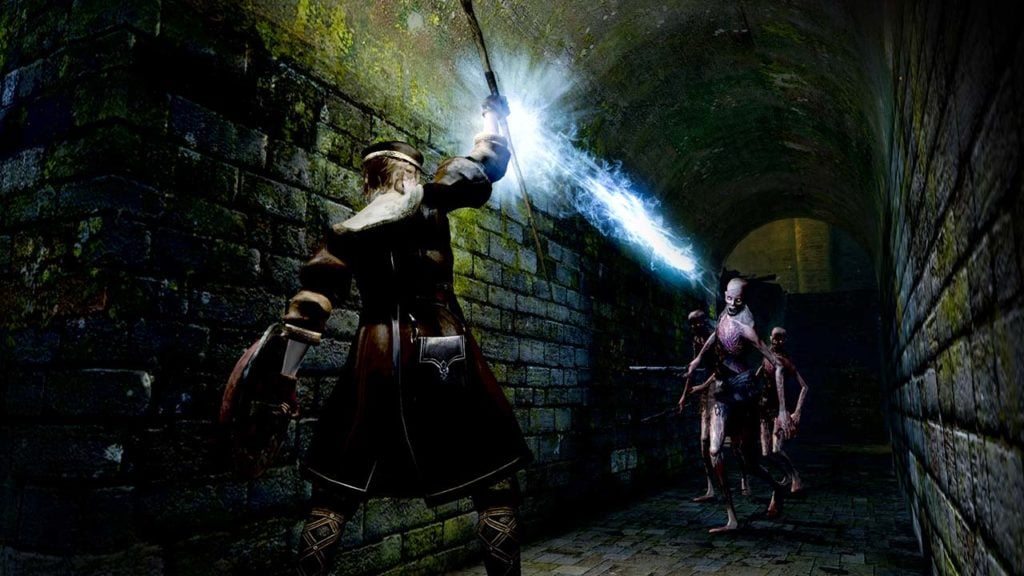 Dark Souls Remastered is imperfect and seems to attempt to deliver on a platform not made for it. For that, it’s hard to fault Virtuos for their handling of this port. But, it begs the question: why does this version of the game exist?

While everyone might not feel the same way about the lacking presentation, it’s hard to ignore that the game’s controls are simply a frustrating version of something that exists in a better, more appropriate way on five other platforms. If this is the best way to play Dark Souls as a portable, then maybe the whole idea of converting Dark Souls into a portable title is a flawed one to begin with.

If you really must have that, then sure, Dark Souls Remastered on Switch is as good as you’ll get currently, but even when if you find yourself adapted to it, you should have a voice in the back of your mind reminding you that there are better ways to enjoy this game.