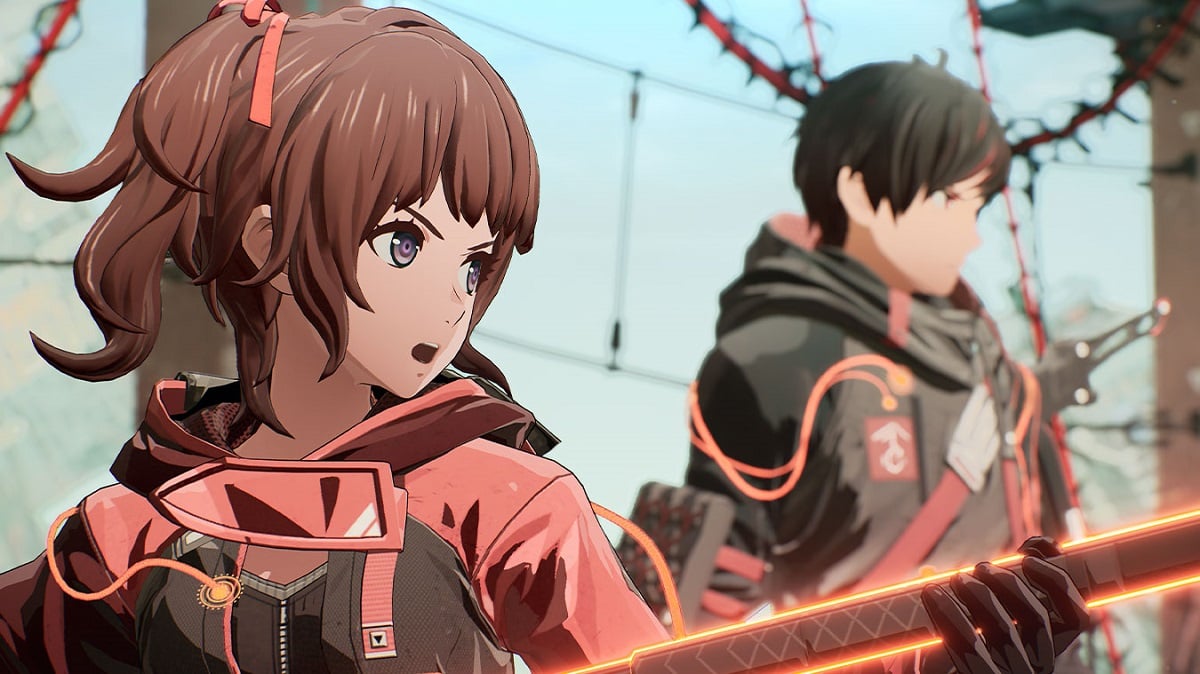 Bandai Namco Studios continues to surprise. Well-regarded for their longstanding fighting game series above all else, their last attempt at a new IP with 2019’s Code Vein didn’t quite hit the mark so many had hoped it would. Scarlet Nexus is the studio’s latest crack at creating a brand new franchise, and if the Xbox demo is any indication, they may have finally struck gold.

In the far future, a special hormone has been found in the brain that’s granted humanity various supernatural powers. Unfortunately, horrible mutant creatures known as the Others appeared shortly afterward and began to wreak havoc on any and all people within their reach. In an effort to preserve the human race, the most talented power wielders called psionics were scouted to join the Other Suppression Force [OSF] and fight back against the invading otherworldly forces. Both of the protagonists are members of the OSF, and the demo follows each as they embark on their first mission in the field.

Scarlet Nexus is an action-RPG through and through, and the demo wastes no time in showing off its core appeal: the combat. Many have compared Nexus to Astral Chain, but the two are similar in aesthetics and structure alone; in terms of gameplay, it’s much closer to a Devil May Cry V or Bayonetta 2. Players can button mash the X button to perform basic combos and, just like in those titles, button prompts eventually pop up for flashy finishing moves once enough damage has been dealt. However, the true thrill of the fight in Scarlet Nexus comes from integrating the psycho-kinetic abilities of you and your party into the mix. Nexus streamlines the use of these powers in a way that seamlessly meshes with the flow of combat, resulting in a system that feels equal parts accessible and rewarding.

The way this plays out significantly differs depending on which protagonist you choose at the start: the boy Yuito or the girl Kasane. Both have the power to lift and throw objects telekinetically, but their primary weapons (Yuito wields a single long sword, Kasane multiple floating blades) and parties are completely different. Each party member grants a temporary ability–such as body hardening, hyper speed, invisibility, and so on–that are all useful in certain situations. So, while charging headfirst at an armored Other might be feasible for Yuito because he can harden his body and needs to get up close, it’d make much more sense to pepper that same foe from a distance while using a party member’s duplication ability to hurtle multiple items at it as Kasane. The end result is a set of playstyles that feel unique enough to justify experimenting with both.

Fans of the genre should feel right at home with Scarlet Nexus’ overall structure. Each environment in the demo (which goes up to the first boss fight for each route) is detailed yet relatively linear, with some branching paths to keep things from feeling too straightforward. While levels are split into a few large areas full of monsters and the occasional health pickup, loading times in the demo are almost entirely masked by things like elevator rides; actual load screens are almost non-existent once out in the field. The UI is fairly clean and attractive, though in the heat of battle it can be difficult to tell where a downed party member is with so much going on on-screen at once. The autosave system is also a bit spotty; sometimes it’ll respawn you all the way back at the start of an area, while other times it’ll put you right next to where you died. Needlessly losing 15 minutes of progress is fun for no one, so hopefully this gets ironed out before release.

In general, though, Scarlet Nexus boasts some impressive production values. Even on an Xbox One S, entire sections of levels are visible at once without pop in or slow down. Cutscenes are transitioned into and out of almost seamlessly, with many taking the form of voice acting layered on top of dynamically-shot still images (a pseudo-graphic novel style). All dialogue is fully voiced, and the traditional cutscenes that are present really make Scarlet Nexus’ big-budget anime aesthetic shine. Even the OST is surprisingly great, oscillating between upbeat jazz and j-rock. There’s really nothing like smashing a bulldozer into a flower monster to the soulful whines of a saxophone in the background.

Though the combat is actively fun and the presentation is buttery smooth, whether or not Scarlet Nexus lives up to its potential rests with the elements that aren’t included in the demo: the story and relationship-building system. The premise is enticing despite having been done before, and the separate storylines of the protagonists may lead to some interesting opportunities to experiment with intersecting narratives. Similarly, the fact that the bonds between the protagonist and their party members can be developed by spending time together outside of battle is a tried-and-true recipe for success, especially since that bond directly translates into developing more powerful abilities. That said, it’s still unknown just how much you’ll end up caring about your crew by the time the credits roll.

Needless to say, Scarlet Nexus has gotten the “action” part down to a science–now we’ll just have to see if it nails the “RPG” portion. Nonetheless, a demo of this quality is exactly what Bandai Namco needed to push cautious players over the edge. With an anime releasing this summer following the game’s June 25th launch on PC, Xbox, and PlayStation systems, the publisher is banking a ton on Scarlet Nexus being their next major franchise. Luckily for them, their confidence seems to be fully justified.