Nowadays, seeing female protagonists in video games is fortunately a lot more common than it used to be. Once, Samus Aran being revealed to be a woman came as a shock to most players, but a female protagonist has long lost it’s shock factor in exchange for an enjoyable normality. But there are still things that can make a female protagonist exceptional in today’s landscape, and the one leading lady that stands out in my mind the most, is the lovely Bayonetta.

Now understandably, Bayonetta has come under ample scrutiny since she first debuted on the PS3 and Xbox 360 in 2009. Many people criticize the series for objectifying Bayonetta for the sake of the audience. A lot of people will probably attribute any love of Bayonetta as a character to a love of the game’s risque nature. But despite the negativity surrounding her, I think Bayonetta has a lot to offer as a character. In fact, i’d go as far as saying that she’s in a league of her own as far as protagonists go.

The aspect of Bayonetta’s personality most people are probably familiar with is her bombastic use of her sexuality. During her battles Bayonetta will use her hair to attack enemies, causing her to lose clothing. This combined with some of the camera angles does make it seem like the developers are just trying to give some gratuitous fan service. But the interesting thing is that (at least in theory), it’s not the game willing this to happen, it’s Bayonetta herself. 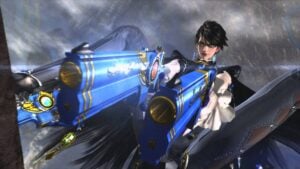 Bayonetta’s coquettish nature does not fall into the usual categories. Her sexuality is much more in your face than most other characters you will see, but it’s not in the ballpark of games like Dead or Alive or Senran Kagura. She’s not a Femme Fatale like Widowmaker either. To be that, she’d have to use her sexuality for some kind of gain. But that’s the thing, she doesn’t. Bayonetta doesn’t act so risque because she’s trying to get anything. Not money, not information, nothing. All she gets is satisfaction. In the very first fight scene of each game we get a great example of this. Both times she allows her clothes to be removed so she can dramatically reveal her witch attire, then goes on to completely decimate her enemies, using wildly suggestive attacks such as literally riding a Centaur-like enemy while spanking it. And the whole time she’s smiling. In many ways she’s comparable to Dante from Devil May Cry. They’re both nigh unstoppable, very attractive, and exude charm and they know it. They take full advantage of this, and see most fights as more of a fun time than an actual challenge.

This aspect of her is even built into gameplay. During fights you can perform suggestive taunts to enrage your enemies, making them hit harder and faster, but giving you better rewards for beating them. If you perform well in the Bayonetta games, you get to experience just the kind of fun Bayonetta herself gets out of the way she fights. You’re powerful, and you’re in everyone’s face. The game is fun, watching Bayonetta interact with other characters is fun, and that’s because being Bayonetta is fun. The spirit of pure fun is the Bayonetta series’ backbone. 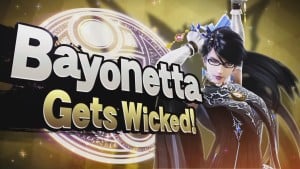 It would be easy to incorporate such unapologetic sexuality into a character and leave it at that, but Bayonetta is filled with actual nuance as well. While she spends most of her time in a perpetual state of arrogance, she switches out of it almost instantly when things get serious for her. In the second game Loki pretends to be dead for one scene, and we see Bayonetta go from snarky hero to alarmed mother in no time flat, then return the second she knows things are okay. Despite being so confident all the time, when the touchy subject of her parents comes up, we see cracks in her mask of confidence, showing us that she is still undoubtedly human beneath all that witch. A good half of the first game is even spent with Bayonetta trying to protect a young girl she stumbles onto on her adventures. These moments where her usual persona dissolves to reveal the woman beneath serve as reminders that she is more than just her fighting style. Over the course of both her games, we even see her develop as a person as she learns to work with others more. In the first game she threatens Rodin for implying she’d need his help, but by Bayonetta 2 she accepts his aid with little to no resistance. Not to mention that her goal for Bayonetta 2 is to rescue her rival from the first game who has become her best friend.

Bayonetta brings up an interesting question; at what point do a character’s actions stop being attributed to the character themselves, and are instead attributed to their creator? In Games like Senran Kagura, the sexual aspects come about as a result of the player or the game itself exerting influence over the characters. But in Bayonetta’s games, she is made to be constantly in control. All her promiscuous moments are willed into existence by her, so can we really ignore Bayonetta’s established personality and blame the developers for her actions? And if so, where is the line drawn? We don’t think twice about accepting that a character enjoys murder, so why is it so hard for some people to conceive a character enjoying using their sexuality for their own entertainment? Especially when this character is a woman.

It’s a debate that will probably never be settled. Considering how touchy a subject female objectification is in popular culture, some people will understandably default to stripping Bayonetta of any agency and labeling her as just another over-sexualized woman. I was guilty of thinking like this myself when i was first introduced to the character. But the more I think about her, the more I like what Platinum Games has done with her. She’s a very unique character, and operates in a niche that will always cause great division. Personally though, for her bombastic nature and her raw love for what she does, Bayonetta will always be one of my favourite characters in gaming.