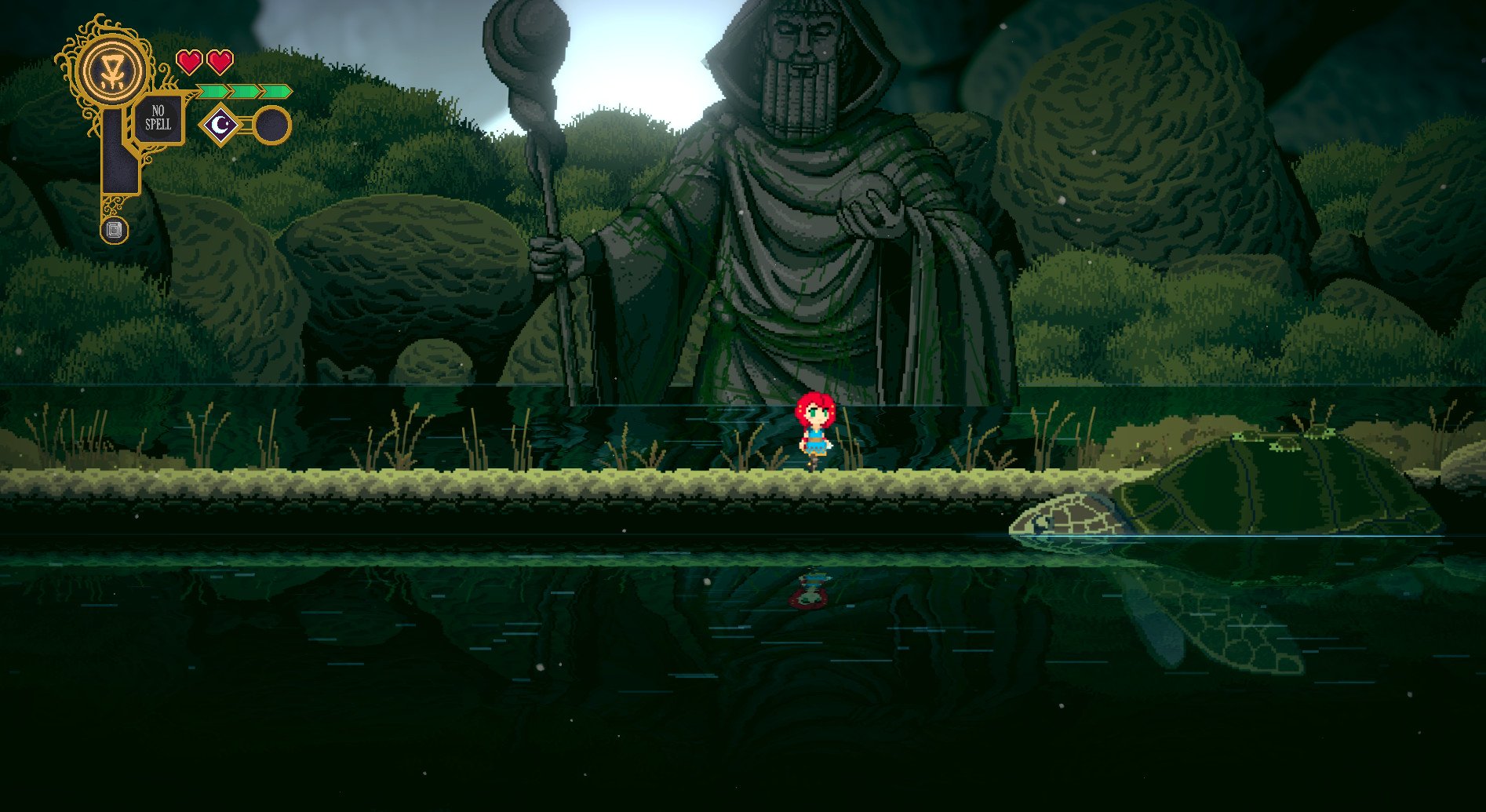 Indie Games Spotlight is Goomba Stomp’s biweekly column where we highlight some of the most exciting new and upcoming independent games. It’s an exciting time with the release of the Xbox Series and PlayStation 5, but even with all the buzz about big-budget next-gen titles, there are still plenty of indies worth getting excited about. From deep narrative adventures to promising metroidvanias, there are plenty of great indies available now and on the horizon!

Ambient piano and strings play as you find yourself in a dark corridor staring at a locked phone screen. There’s nothing you can do except use information from snippets of text messages to try and crack the passcode. This is Replica, a found-phone adventure that puts you in the shoes of a civilian enlisted into a counterterrorist investigation. You’re given the phone of a suspected anarchist and tasked with combing through its messages and apps, searching for evidence of anti-government activity. What follows is a dark tale of totalitarian governments, censorship, and the conflict between personal values and government loyalty.

Having made a buzz back in its initial 2016 release on mobile devices and PC, Replica has made it to Switch. While the recent flood of both dystopian narrative games and found-phone adventures means that this title won’t feel as revolutionary today as it did back then, it is nonetheless a perfect fit for the platform. It feels great to use the touchscreen to navigate the phone, and using nothing but your intuition to crack passcodes and discover evidence is as satisfying as ever.

The story goes in some surprising directions, forcing you to make tough decisions that affect the outcome. Although it will take only about 40 minutes to see the story to its conclusion, there are more than 10 different endings to discover, giving plenty of replay value. Don’t wait to crack the code; Replica is available now on Switch.

Get Ready for What Comes After

Life can be overwhelming enough, but thinking about what comes after life can pose even more questions. What Comes After, the latest game from the creator of Coffee Talk, tackles such existential questions head-on. It puts you in the shoes of a woman named Vivi as she boards a train filled with the souls of people and animals leaving this life. She’ll interact with each one of these characters, hearing their stories and learning their struggles as they embark on a journey to the next world.

What Comes After might follow a fanciful premise, but it’s grounded in tough realities. Vivi feels as if she’s a burden to everyone she loves – a feeling that many can relate to. By meeting other wayward souls in laid-back side-scrolling exploration, Vivi will slowly learn to love herself. What Comes After offers a short experience overall, but it packs its brief runtime with love, comedy, and some hard-hitting feels, making it a short but extremely sweet package. It’s available now on Steam and Itch.io.

Find Your Way in The Pathless

The next generation is upon us, meaning that those who were lucky enough to pick up the latest Xbox or PlayStation are playing the latest big-budget blockbusters like Spider-Man: Miles Morales, Demon’s Souls, or Yakuza: Like a Dragon. However, more than a few indies are gracing the launch of the next generation (and I’m not just talking about Bugsnax). The Pathless, a new open-world adventure game published by iconic indie label Annapurna Interactive and developed by the makers of ABZU, is among the most promising indies to launch right alongside the newest hardware.

The Pathless gives you a vast open forest to explore. You’ll have wide expanses of fields to bound across, and with the help of your eagle companion you’ll be able to soar through the sky and slide over hills with a unique style of movement that encourages speed and fluidity. Packed with secrets to discover and sinister creatures to face, The Pathless creates a world worth discovering on your current or next-gen system. Find your way to this epic adventure on PS4, PS5, PC, and Apple Arcade today.

In many ways, a metroidvania is only as good as its abilities. If you have compelling powers and capabilities to use to explore the world, then you’ve already won half the battle in creating an engaging experience. In this respect, Rune Fencer Illyia looks like it’s a winner in the making. This ambitious metroidvania creates an atmospheric world filled with massive areas to explore while placing a strong emphasis on action combat.

You control a young girl who has lost her twin sister, sending her on a quest to reunite with her sibling. However, she’ll encounter more mysteries as she explores a vast realm on her journey. With over 140 enemies and in-depth customization, developer Nootbox Games promises a hefty amount of content in this lush world. You’ll be able to explore it for yourself when it hits PC and Nintendo Switch next year.

Hitch a Ride in The Wandering Village

Just think about dinosaurs and images of massive and threatening creatures likely come to mind. But what about a world where dinosaurs are not only gentle giants, but can play host to a human civilization? The Wandering Village is up for the challenge of answering this question. This ambitious civilization builder follows a human village that seeks to escape a world covered in toxic spores by building a village on the back of a giant creature.

Boasting a beautiful mix of 2D hand-drawn graphics and 3D visuals, The Wandering Village makes you the leader of this ragtag settlement. You’ll have to grow crops, survive diverse environments, forage for resources, and support a relationship with the giant through ecology-inspired gameplay. It’s already made a buzz on Kickstarter, smashing expectations and raising more than $100,000 over its initial goals. There’s still some time to wander towards this village, as it’s hitting early access on PC by the end of the year.