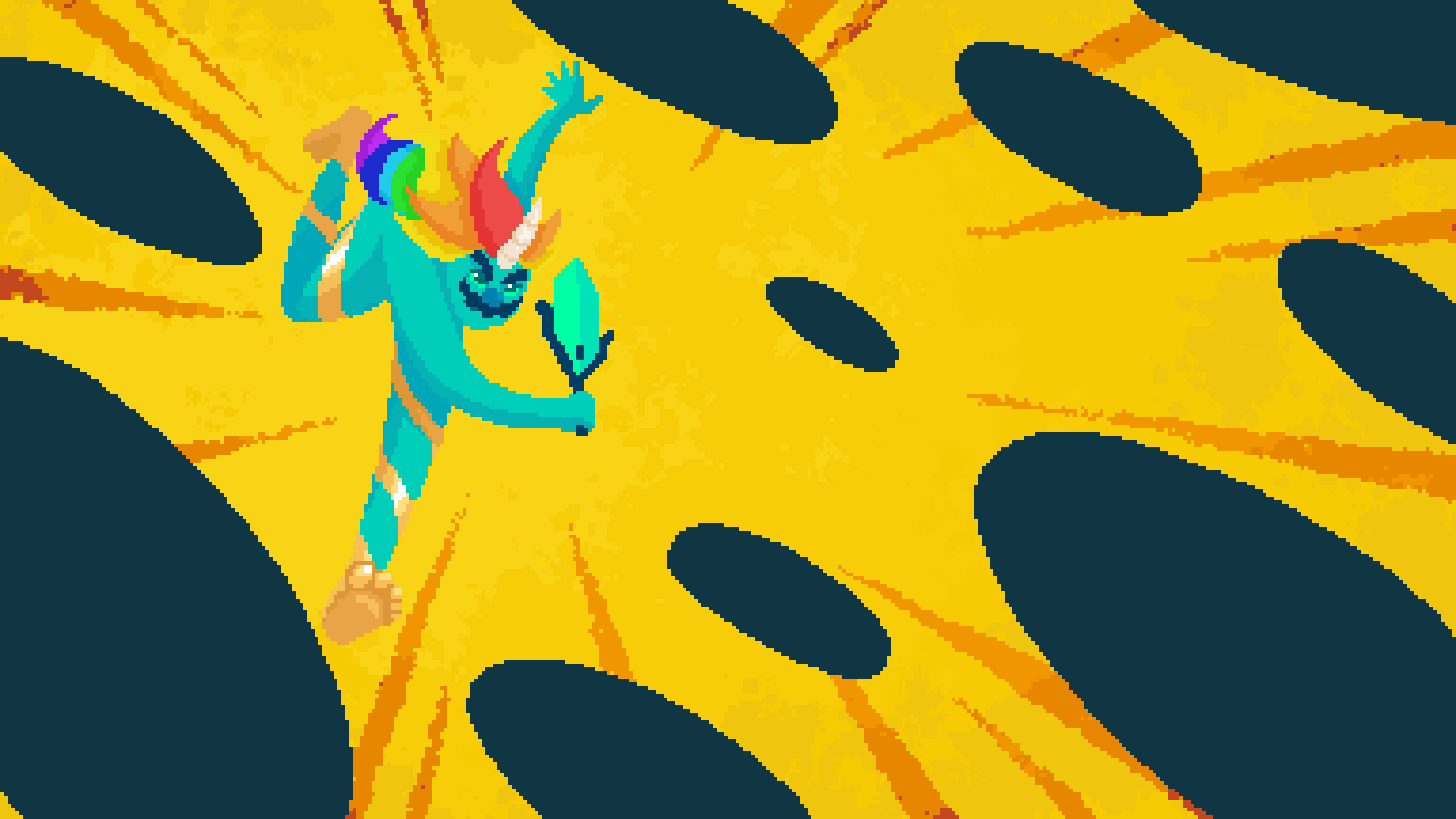 Indie Games Spotlight is Goomba Stomp’s biweekly column where we highlight some of the most exciting new and upcoming indies. E3 season may have come and gone with a whirlwind of announcements from companies large and small, but even as the dust settles after all the pomp and circumstance, there are plenty of amazing indies that deserve a shoutout. In this issue, we’re spotlighting a few promising titles from the E3 festivities as well as some other titles on the near horizon, including everything from bizarre point-and-click adventures to serene city builders. Without further ado!

It’s All Greak To Me

Still bummed by the lack of Hollw Knight: Silksong news? Greak: Memories of Azur might just be the perfect way to fill the hand-drawn-Metroidvania-shaped hole in your life while you wait. Developed by Mexican team Navegante Entertainment, Greak promises to deliver a solid single-player adventure where players will toggle between multiple characters on a quest through a painterly world. Greak tells a tale of family, following a young boy on a journey to reunite with his siblings in a realm torn apart by an ancient conflict.

With each sibling being a playable character with unique abilities, Greak aims to challenge players by tasking them to make the most of every hero’s powers to overcome the overworld’s interconnected puzzles. With a vast open-ended land to explore and stunning hand-drawn aesthetic, Greak promises to be a meaningful adventure ahead of its launch on August 17 on Switch, PlayStation 4/5, Xbox Series X/S, and PC. In the meantime, there’s even a free Steam demo to try!

Make a Pilgrimage to The Procession to Calvary

The point-and-click genre has never shied away from getting weird, but The Procession to Calvary takes the zaniness to a whole new level. Built entirely from spliced-together Renaissance paintings, The Procession to Calvary bills itself as a Monty Python-esque journey through a post-Crusades fever dream, where players control a holy warrior on a holy mission to track down an evil tyrant.

Packed with puzzles and intricate details for players to discover in every frame, The Procession to Calvary offers plenty of versatility and player agency. It even gives the player the option to murder anyone and everyone in your path, providing an easy way out of tricky puzzles–although it warns that actions will indeed have consequences later down the line. Delivered with a sense of absurdist humor and brimming with replayability, The Procession to Calvary has already built a following on PC and is finally coming to all major consoles in the next stop on its pilgrimage, starting this July.

Get Creative in Townscaper

There’s something inherently soothing about the city builder genre (and reverse city builders, too). But sometimes all it takes is a little extra something–some additional pop, if you will–to make a game that much more satisfying. Developer Oskar Stalberg must have taken that belief to heart in developing Townscaper, a toy-like town builder where entire buildings and structures pop into existence with the click of a button.

Stålberg previously worked on the strategy title Bad North, and one look at Townscaper’s gameplay can show similar visual and graphical styles at play. Even then, this pick-up-and-play town creation tool promises a uniquely calming and satisfying experience, one all about the instant bliss of easily creating idyllic and colorful settlements. It’s already available in Early Access, with a release on Switch and mobile platforms coming in August.

Extra Coin, developed by independent Italian studio CINIC Games, adds a new dimension to the idea of an arcade experience–literally. Billing itself as a “peculiar game” that blends elements of action, adventure, and roleplaying gameplay, Extra Coin follows a young girl in a virtual environment known only as “The Arcade” as she seeks to find her missing parents. Along the way, she’ll meet an eclectic cast of characters and partake in an assortment of arcade activities.

Extra Coin focuses on its narrative first and foremost, but with an adaptive narrative that shifts toward multiple endings based on your decisions as well as a healthy serving of minigames, there’s plenty of flexibility and replayability to be found here. Even after the release of its free demo on Steam, there are plenty of questions about this enigmatic new title that make it an intriguing title to watch ahead of its yet-to-be-confirmed release date on PC.

Twist to the End in Endlight

In some ways, Endlight feels contrary to the dominant game design discourse of today. Where countless games advertise their endless replayability, Endlight touts the fact that its 100 levels can never be replayed after the first run. It’s an experience that focuses less on moment-to-moment precision and more on blasting your senses with intense audiovisual spectacle, creating a sequence of memorable moments that will remain just that–memories that can never be experienced again.

In simplest terms, Endlight is an action game where players control a cube hurtling through a world stuffed to the brim with twisting and twirling polygons in a world pulsing with color. To make it through the onslaught, players won’t even have the option to resort to precision dodging or delicate maneuvering. Instead, you’ll have to brute force your way through it all, smashing to the end goal. Claiming to be “not a game, [but] an assault” where “you’ll learn nothing,” Endlight certainly stands out with artistic bombast and creative vision. We’ll see whether Endlight reaches its end goals when it hits PC this August.