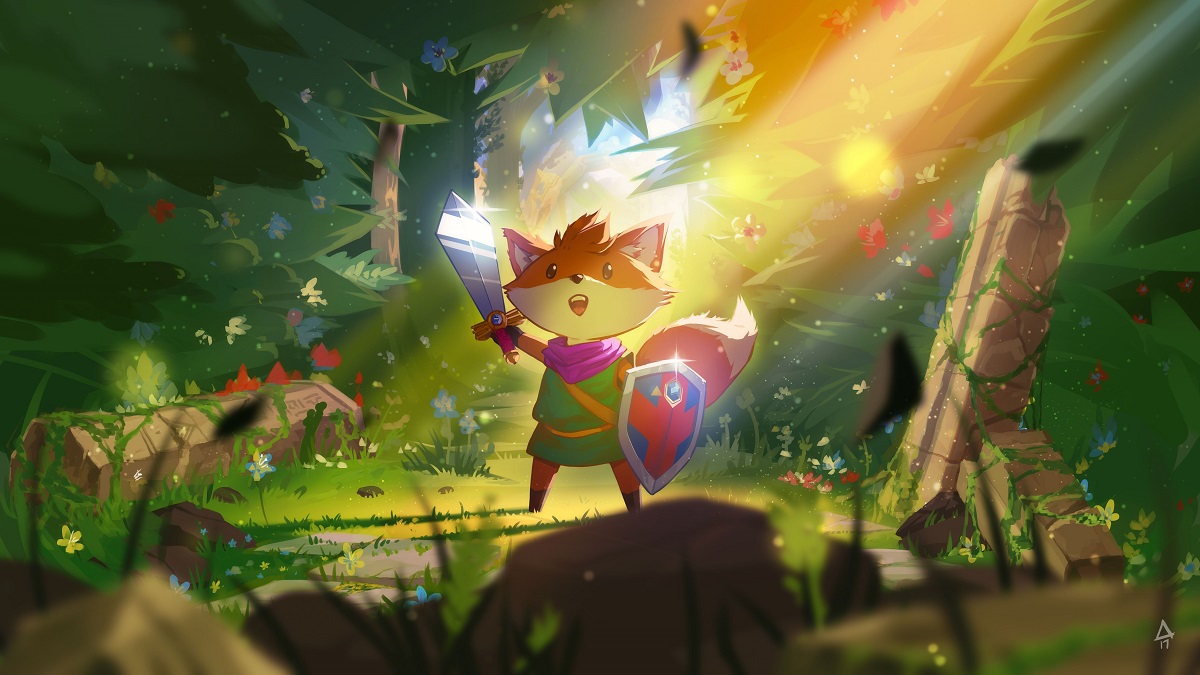 Following Xbox and Bethesda’s strong E3 showing this year, they’re keeping the momentum going with a return to the ID@Xbox Summer Game Fest Demo Showcase they started putting on last year. This time, around 40 games are available to download and try for anyone with an Xbox console for the next week. It’s a great way to try some interesting indies before you buy, especially when the lineup includes long-awaited, near-mythical releases like our first couple titles below. Without further ado, here are five of our favorite demos and why you should keep them on your radar.

Playing Sable feels like a fever dream. After three years of seeing little more than beautiful gifs and gameplay clips on Twitter, it’s surreal to not only go hands-on but to also have a release date of September 23rd. So, the question remains: does the gameplay live up to the quality of the art?

The ID@Xbox demo is confined to the very opening of the game that sees Sable preparing to leave home and venture out into the desert. There’s a real sense of history here that comes across when speaking with other members of Sable’s clan; she’s grown up with and learned from everyone there, and rite of passage that comes with setting out on her own feels heavy. Their settlement is haphazard but homey, and as you explore the surrounding area it becomes clear just how much attention to detail has been put into environmental design.

Exploring Sable’s open world is a treat thanks to her hoverbike–or I imagine it would be, but the bike in the demo is a loaner than runs like trash. Getting the parts to build her own bike consists of scaling cliffs, rummaging through abandoned ruins, and doing some clever platforming that’s made easier thanks to a handy glide ability. Traversal feels tight and rewarding; anything can be climbed Breath of the Wild-style, and there’s even a stamina meter that keeps things in check. There’s always a reward waiting at the top of that rockface or behind that ruin, and Sable is designed in such a way that reaching an objective on a path feels like you made the choices to get there (despite being subtly guided by markers and elevation shifts along the terrain). It’s nothing short of impressive, especially considering just how open the game world is.

There are still a few months before the launch of this long-awaited epic, and that’s probably for the best considering that it chugs a bit when exploring open stretches of desert. But with the promise of hoverbike and outfit customization, other clans and nomads to befriend, and an original soundtrack by Japanese Breakfast, the future is looking mighty bright for Sable when it hits Xbox consoles, PC, and Game Pass later this year.

Tunic is the adorable little Zelda-like that’s been six years in the making, and though there’s still no end in sight, this ID@Xbox demo is the first new slice of gameplay that anyone’s been able to experience in years, press or otherwise. Aside from the colorful and vibrant presentation, Andrew Shouldice has ensured that picking Tunic up just feels good. Controlling the fox is precise and weighty, and the dodge roll is one of the best I’ve ever experienced in any game. Careful enemy balancing results in few encounters feeling like walks in the park; there’s always a chance to be taken down if you charge in recklessly.

What’s fresh in this demo are two enemy types and a never-before-seen dungeon (at least, a portion of it). One enemy is a squid with spikes on the ends of its tentacles that spins towards you and will do damage if you don’t block before engaging. The other is a pop-up trap that shoots pink lasers for massive damage as soon as it detects motion nearby. The shots can be blocked, but not for long; precise dodging and a swift sword are musts for taking them out. These encounters are tough, and while they may be overwhelming for those hoping for a more happy-go-lucky adventuring experience, Tunic’s generous checkpoint system easies the pain of falling in battle considerably. It’s all so meticulously designed and assembled that every room in a dungeon managed to feel significant and memorable–and that’s no easy task for a Zelda-like.

In short, Tunic is shaping up just as well as one could hope. When it comes to gamefeel, there simply aren’t many others in the genre that can compare. Though we may still be quite a bit away from launch, this is one that’s well worth the wait.

Games that put players into the shoes of witches and wizards have seen a drastic upswing in recent years. Rainbite’s take is the most unique by far: a society where witches grow up learning to wield both magic and firearms while attending the Stock, an “academy for Witchcraft and Triggery.” After being granted their own special hand cannon when they come of age, they’re free to set out into the world and take on whatever life throws at them.

Though I was skeptical of the premise at first, the demo did a fantastic job of establishing Trigger Witch’s bizarre world as something believable and lived in. The gunplay is simple yet satisfying, with each firearm feeling unique enough to warrant switching back and forth. While the gameplay ultimately amounted to running away while shooting, the context of doing so as part of a final exam made the whole ordeal much more entertaining; it can’t be understated just how much the framing and writing help elevate the core gameplay here. It remains to be seen if that same level of fun can be had throughout the campaign, but what I’ve played so far gives me confidence that the characters, world, and weapon variety of Trigger Witch will make it at least worth keeping an eye on when it launches on all platforms in July.

“Dear citizen, we are sad to inform you that you are unfit to continue living among us.”

These are some of the first words players are greeted by in Crafting Legends’ Death Trash, and they set the tone for the rest of the demo. Filling the shoes of an outcast who’s been kicked out by society for unspecified reasons, players get to customize their character and undergo a short tutorial before being thrown out into the wilderness to fend for themselves in an unforgiving world full of disgusting fleshy monsters and zombies.

What makes Death Trash stand out is the unique worldview it presents. There’s a certain “we’re all in this together” mentality that comes across naturally when talking to other survivors and surprisingly friendly monsters. That said, there’s no party system here, and scavenging for ammo while avoiding detection by monsters (or having a shootout against them head-on) is all left to your own ability to plan, evade, and aim well. It’s a gritty post-apocalyptic world teeming with style, and you’ll be able to play the full campaign alone or with a friend when it releases August 5th in Steam Early Access and 2022 on console.

Bullet hells have long been an underserved genre, so the prospect of getting a new one with modern sensibilities was immediately appealing. Godstrike is a 3D boss rush bullet hell with a capital H; even on “Easy Mode” the challenge here is no joke. Bosses are massive and multifaceted, each having several phases to overcome that get more hectic as they go. Defeating a boss grants new abilities, all of which can be customized before the start of every battle. Be it time manipulation, a huge laser beam, or a dash, there are plenty of options when trying to find your playstyle.

While the staggering difficulty may make Godstrike tough to recommend to more casual players, OverPowered Team’s focus on tight controls at least makes every run feel fair. Much like last year’s HyperDot, the gameplay loop is fun enough to keep coming back to regardless of how many times you die, and hints towards some sort of leaderboard system should work to push players to overcome those obstacles. In an age where strong bullet hells are hard to come by, this is an easy recommendation for any fan of the genre.