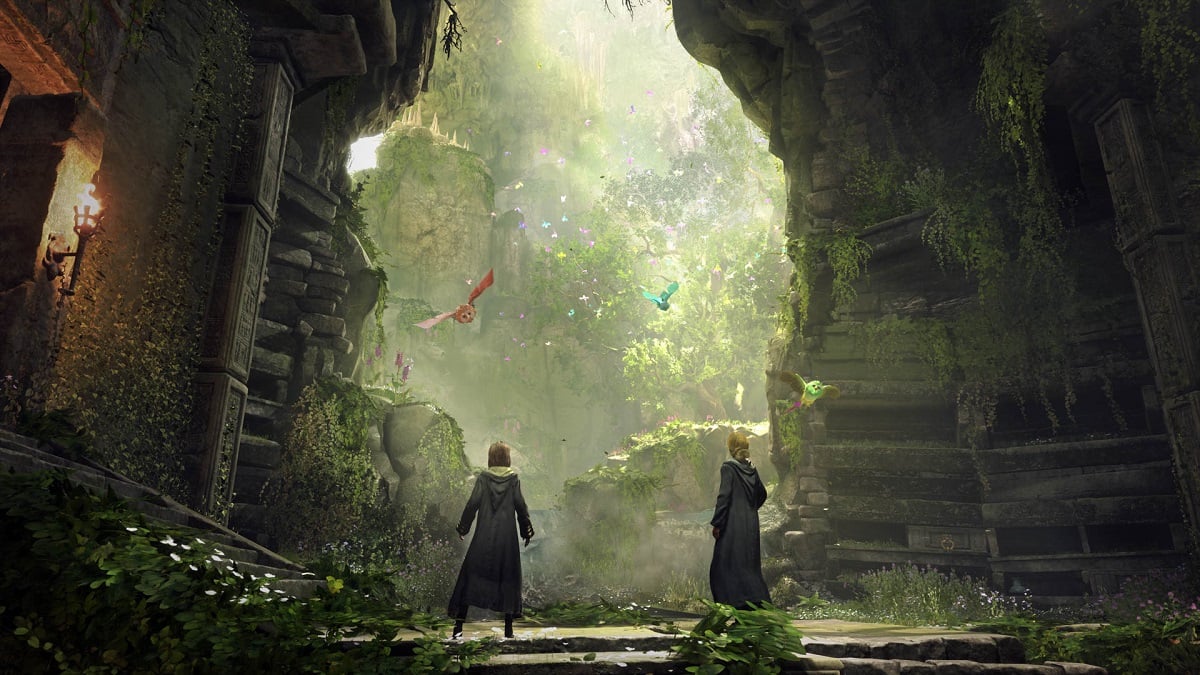 What We Know About the New Harry Potter Game

Ever since the Harry Potter series began back in 1997, readers the world over dreamed of getting an invitation to attend the mystical wizarding school known as Hogwarts. The childlike wonder that the books and films inspired captured a generation, and that same generation has wished hopelessly for a big-budget open world Harry Potter RPG ever since. Following its gameplay reveal, it looks like Hogwarts Legacy is finally fulfilling that decades-old dream.

This State of Play is the first legitimate information drop Hogwarts Legacy has had since it first debuted a year and a half ago. Packed to the gills with everything from main story details to a lengthy look at gameplay, exploration, systems, companions, and more, there’s a ton to break down here. Read on for the 10 biggest takeaways from the presentation.

Players start out as a fifth year student who’s only just now coming to Hogwarts. Despite lacking any formal magic training before you arrive, you do have the unique ability to use ancient magic. It’s a mystery why this magic is even accessible, and the central storyline revolves around trying to stop goblin leaders from harnessing it. The overarching goal will be to band together with an esteemed professor–Professor Fig–to try and get to the bottom of this magic resurrection and put an end to the goblin rebellion before it destroys Hogwarts and the world at large.

There was only a brief look at character customization options, but what was shown included options for skin tone, hair style/color, and scars. The screen was zoomed in so further options (such as facial structure or character voice) weren’t shown.

That said, what Hogwarts Legacy may lack in base character customization seems to be made up for via outfit customization. Not only can a variety of clothing options be purchased from shops, but gear can also be upgraded with various improvements, such as buffs to offensive and defensive capabilities and tweaks towards certain playstyles.

As one might expect from life at a boarding school, day-to-day life at Hogwarts will (at least at first) revolve around attending classes. Charms, Defense Against the Dark Arts, Herbology, and Potions were all confirmed, with more (Transfiguration anyone?) hinted at. It’s here where you’ll first learn to cast spells, brew potions, and care for plants, though it’s unclear if certain skills are tied to progression in classes à la Bully.

As the school year progresses the seasons and weather will start to change, presumably allowing players to experience different holidays at school. The sprawling Hogwarts campus will be free to explore no matter the season, though, full of secrets to uncover and mysteries to solve. Vast dungeons, secret passageways, and magic-based puzzles were all highlighted as examples. There’s even a special curriculum that’ll have you participating in side assignments around campus to catch up with the other fifth year students. And while there was no direct mention of how Quidditch would work in the game, it was heavily implied that it’ll be playable in some form.

4. The World Beyond Hogwarts

While Hogwarts is at the heart of Hogwarts Legacy, there’s a large open world to explore beyond the school’s gates. For instance, players can take a train over to Hogsmeade to access shops offering potion ingredients, magical plant seeds, a surprising amount of clothing combinations, and more. Once broom flying is learned you’ll be able to visit little villages along the countryside to shop, take on side quests, and scour the area for magical puzzles.

The outside world is also where you’ll encounter some of the most compelling areas shown off during the presentation, including enemy encampments, dungeons–which hold treasure for those brave enough to delve within–and what seemed to be the depths of Gringotts.

The world outside of Hogwarts is a dangerous place, and we finally know what to expect when venturing outside. Evil witches and wizards, goblins, and corrupted magical creatures occupy areas around Hogsmeade and the surrounding countryside, and they all have unique offensive and defensive capabilities.

Enemy wizards, for instance, will wield blasting curses, stunning spells, enchanted weaponry, and more. Some may attack directly while others may enchant you with non-lethal spells to paralyze or levitate you before going in for the kill. Meanwhile, larger enemies such as trolls seem to be able to shake off magic with relative ease and will try to rush players with physical attacks. There’s no shortage of magical creatures in the lore of Harry Potter, so the sky is genuinely the limit when it comes to combat opportunities. Speaking of which…

The combat of Hogwarts Legacy stole the show as soon as it appeared on screen, and for good reason. The sheer animation quality and snappiness of the gestures used when firing off spells are one thing, but the spell effects are a beauty unto themselves. Battles play out in a mad dance of particle effects as players chain combos of stunning charms, levitating spells, and damage-dealing hexes all the while deflecting incoming curses from other foes.

Handling crowd control by levitating or stupefying two enemies while attacking a third looks both fluid and stylish. All that remains to be seen is how specialized combat can become and how different builds can be between players. For that, we’ll have to learn more about…

The presenter noted that completing challenges around the world grants experience towards leveling up, though it wouldn’t be a stretch to imagine that winning combat encounters does as well. Once leveled, players seem to be granted Talent Points that they can invest into various skills (or talents, as they’re called in Legacy). Three of the five talent trees were highlighted during the presentation, and their descriptions are as follows:

Talent paths will let players upgrade their spells, plants, and potions to varying degrees. As an example, footage showed the protagonist turning himself invisible and sneaking up on an unsuspecting baddie, likely using a spell related to the Stealth talent.

While players will be able to buy magical gear and potions (or loot them from enemies and chests), they’ll also have the option to craft items themselves. Collectible plants found around the world can be gathered and brought back to the Room of Requirement to be brewed into potions or made into clothing.

It’s unclear if the types of potions able to be brewed are tied to progress in Potions class or not, but the variety shown in the State of Play is certainly enticing. From a potion that appears to turn its drinker to stone (for improved defense) to a standard health-restoring potion, the door is open for Avalanche to take creative liberty with the types of potions players can brew.

One of the more prominent sections of the presentation was the usage of a customizable Room of Requirement, wherein players will seemingly be able to sow and harvest plants that grow based on an in-game timer. These can then either be brought along to be used in combat or have their seeds taken to be incorporated into potions. The plant combat that was shown looked incredibly useful, such as being able to deploy autonomous plants that’ll attack enemies themselves or mandrake seedlings that can be wielded to incapacitate foes.

Players can also discover secret customizable vivariums throughout Hogwarts (with the help of a kind house elf) where they’ll be able to shelter and nurture an array of magical beasts found while out exploring. What’s unclear is if these beasts can eventually be tamed and brought into combat like the plants.

One of the greatest asks from the community following the initial announcement of Hogwarts Legacy was the ability to make friends and go on adventures in the game, and Avalanche is delivering just that. As you develop relationships with certain classmates. you’ll be given the opportunity to bring them along with you out into the world and learn different spells and abilities from them. These companions are promised to have their own stories that can be unraveled over time, complete with unique cutscenes and dialogue. That said, it’s still unknown whether or not they have their own companion quests akin to those commonly found in Bethesda RPGs.

As of now, companions have been spotlighted from Gryffindor, Hufflepuff, and Slytherin, each with different interests and personality quirks that seem to line up with the virtues of each house. More are promised, and while it might seem at first blush that the companions you get are related to the house you’re sorted into, the presenter noted that they can be encountered in common rooms, hallways, and gathering areas throughout Hogwarts. Whether or not you can befriend them all is anyone’s guess.